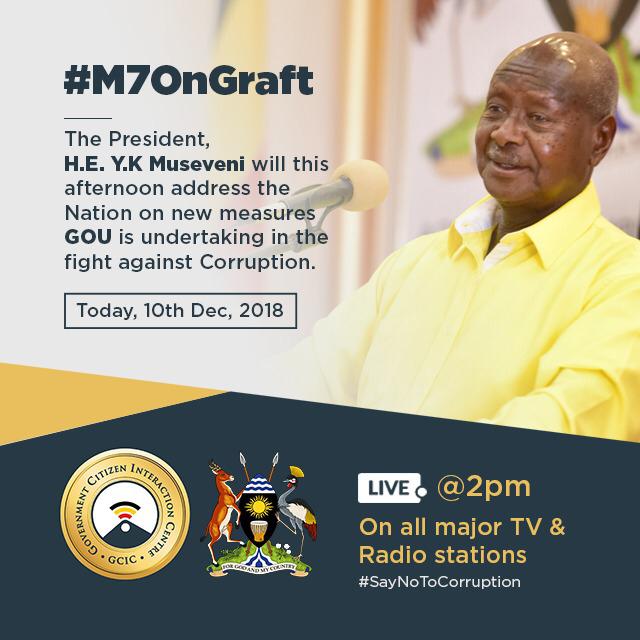 What is strange about it all, is that there are already plenty of government organizations working against corruption, first and foremost the Law Enforcement of the Police Force. Second, it is the Judiciary. Third, its the Office of the Attorney General (OAG). Fourth, the Inspector General of Government (IGG), fifth the Financial Intelligence Authority (FIA) and sixth the Public Procurement and Disposal of Public Assets Authority (PPDA). A sideshow that could accomplish and also recognized as organization who could inform the other authorities is the Uganda Investment Authority (UIA), that is if they cared about illicit funds.

Well, when we know, the Republic has already, the UPF, Judiciary, OAG, IGG, FIA and the PPDA. They should all have the capacity to fight the corruption if the President and the state cared. There shouldn’t be a need for an another State House – Anti Corruption Unit, which we can ask about mandate and does it go into the ones that is already there?

There are already so many chefs, but so little mandate or lack of institutionalizing, as the President haven’t given any of these the space or the ability to do their work. If they had, then the State House wouldn’t stop the OAG or IGG reports, as they have to be leaked or insiders has done it to destroy other big-men’s career.

I have little faith in the Anti Corruption Unit, from the same man that solicit deals from foreign investors and get the cash through customs without any questions at Entebbe Airport. Not like that man, will not continue to get Kickbacks or Presidential Handshakes for that matter.

He will clearly silence the arrangement done to facilitate deals at the State House. That is why the Unit will be an in-house thing. Who knows what it will do, other than take down smaller cases, but they will not go after the Untouchables. As the plenty of organizations isn’t doing today. They are even leaving the big-men behind and letting them go. You can steal a road from UNRA, but if your part of the cronies, they will let you go.

Therefore, this is a PR Ploy, another scheme and another way of getting more people involved. But not deliver anything significant, because then they have to take family members of the President, even the President answering for grand-corruption, that he himself has done. Peace.