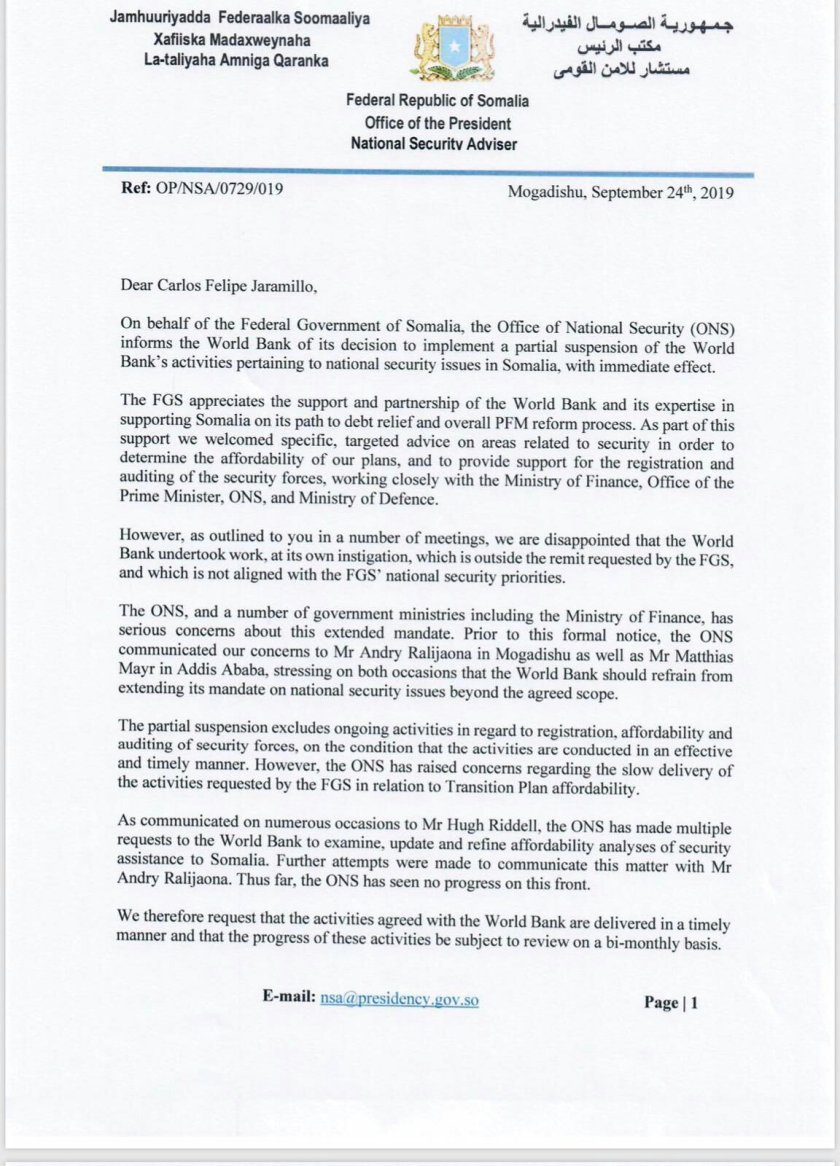 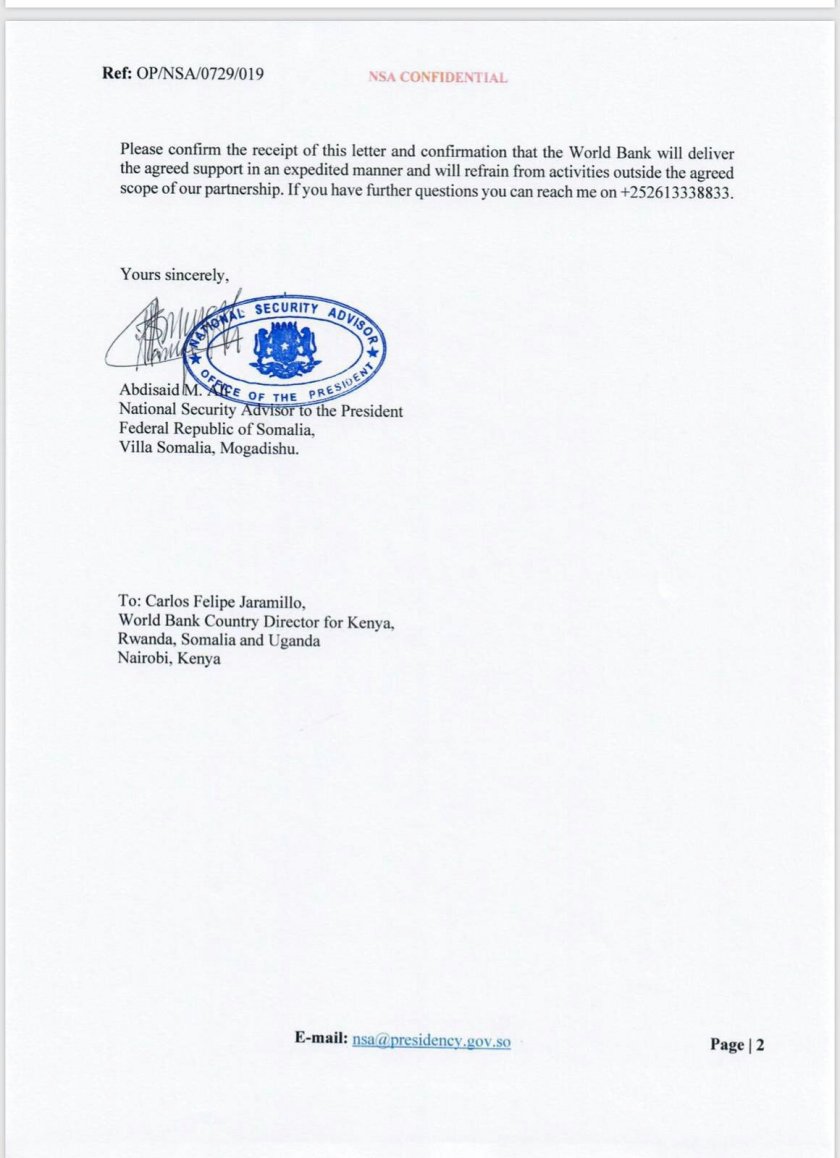 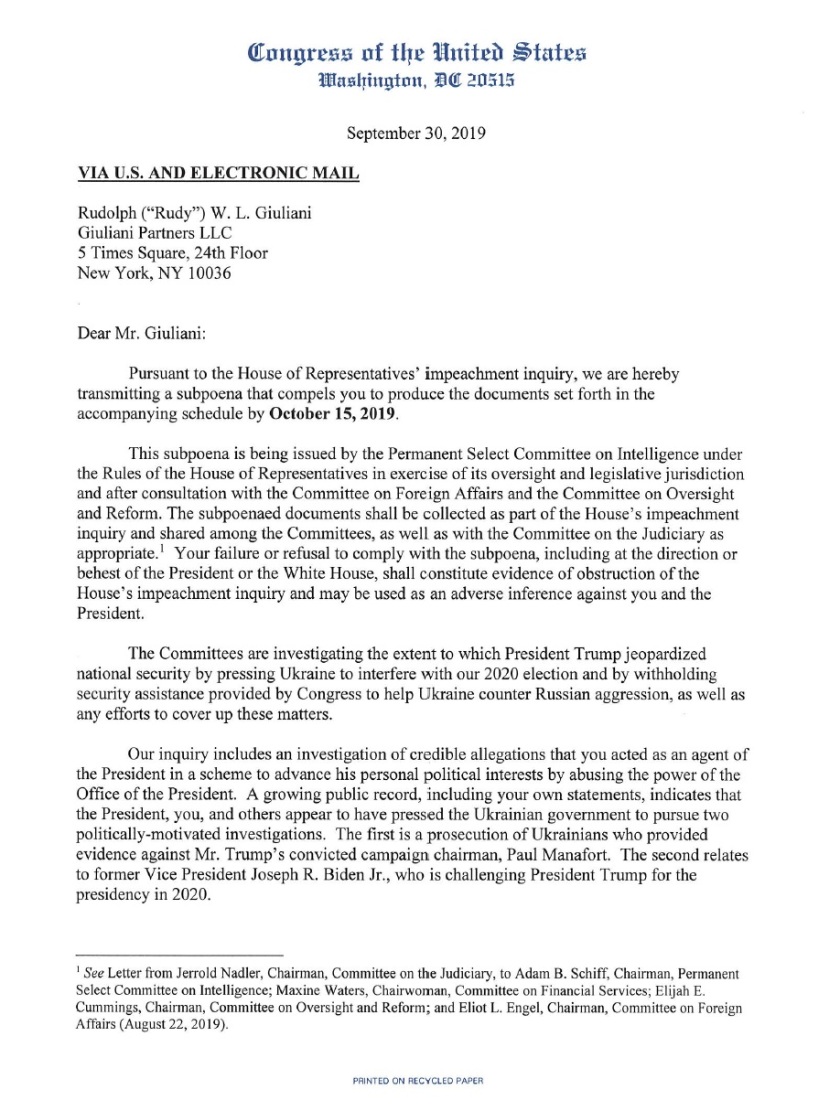 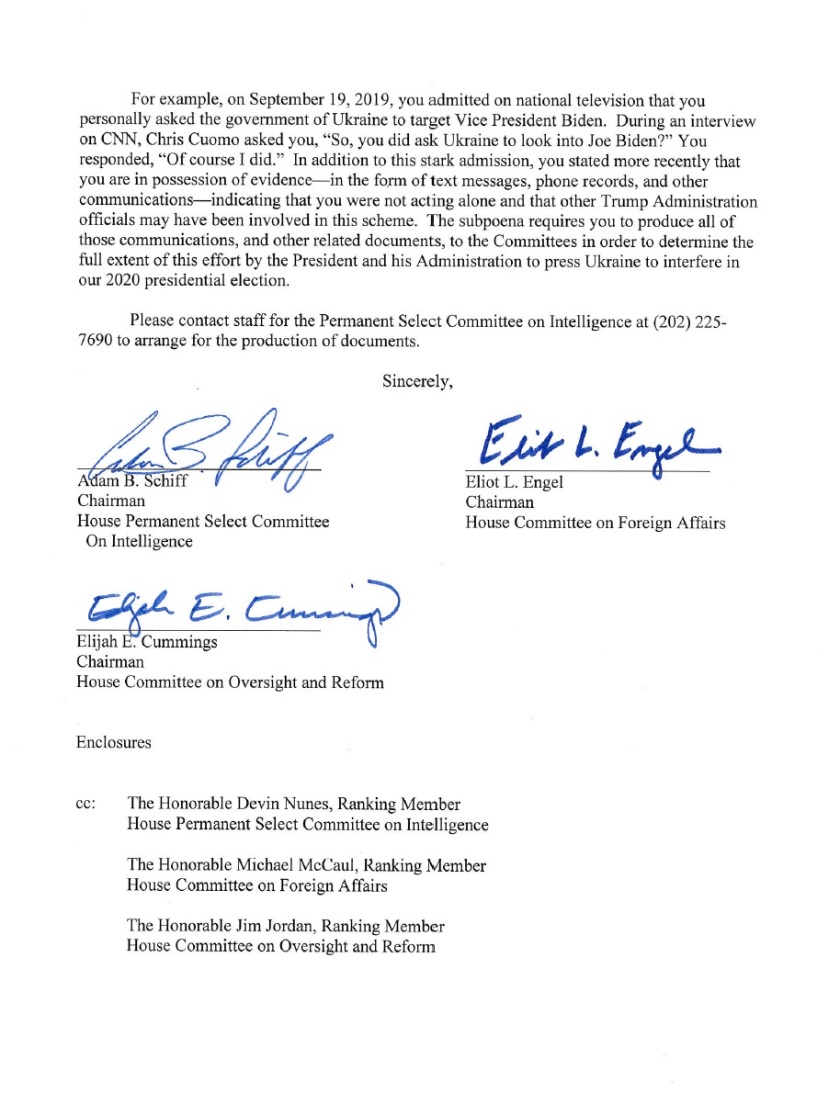 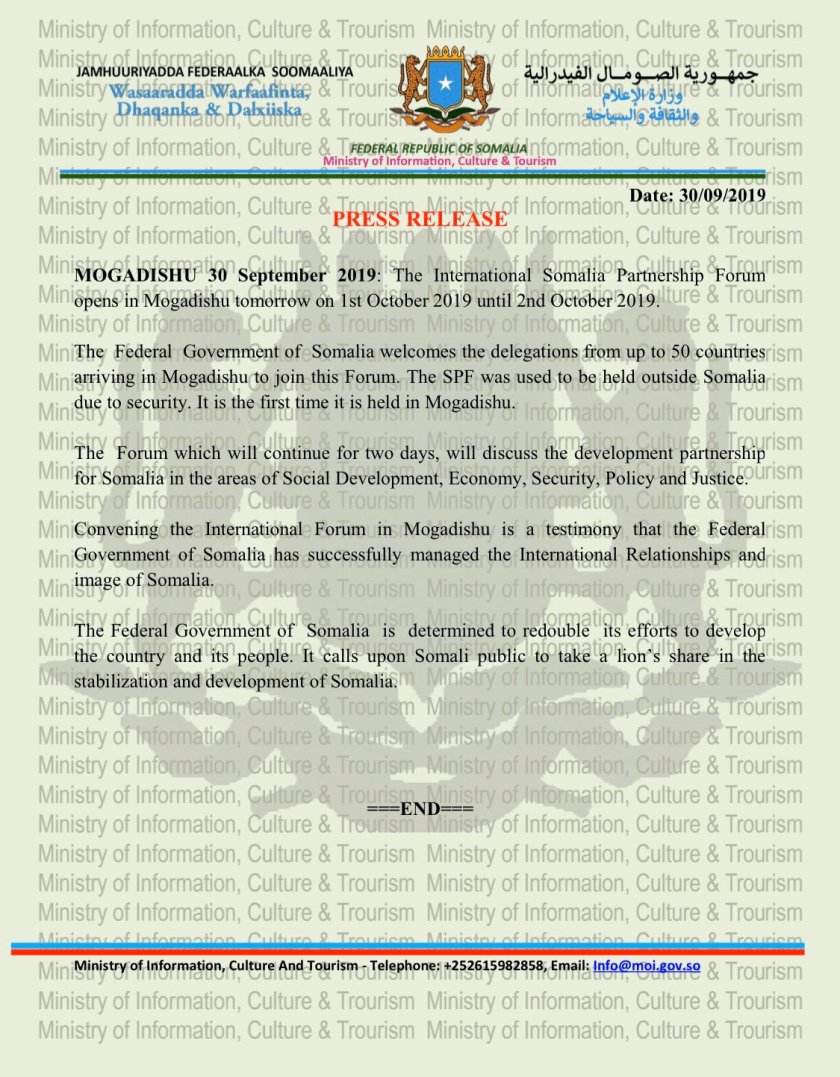 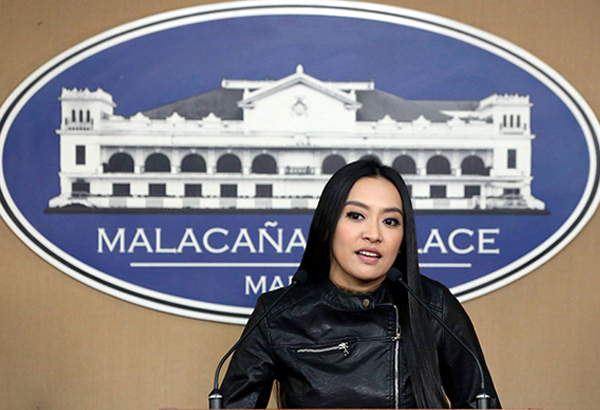 I don’t know what President Rodrigo Duterte see in Mocha Uson, who previously worked for the Presidential Communications Operations Office (PCOO) until she stood as a candidate for the AA Kasosyo Party-list for the recent elections this Mid-Term Elections this May 2019. Therefore, she shouldn’t be eligible to be appointed in the first place. If the law of someone standing on a list as an nominee still stands. Even if the COMELEC are accepting her today. Trying some definition mombo-jumbo, which isn’t existing before the Uson showed up.

Mocha Uson was terrible in the PCOO, she was hectic and blatantly stupid on her blog. She was campaigning blindly for the President in the previous election. Now, she is appointed again. Even if it is directly impossible. She will have a high-ranking official in the OWWA.

I wondered even when she was in PCOO, what sort of skill-set did she have to be there? What part of her previous career has made capable of being there and serving the President?

Now, I wonder even more, as she will be in-charge of vital office and help Overseas Filipino Workers (OFW), that is no joke. The OFW work hard all across the world with various of professions and needs support from its state. As well, as guidance and knowledge to help them to cope away from home. Therefore, the OWWA is vital to plenty of OFW.

There President Duterte has put Uson. He could have at least returned her to the PCOO, where she could only boggle headlines, making campaigns look unprofessional but in the OWWA she can make life worse for hard-working Filipino’s abroad or overseas.

Mocha Uson is only there because her loyalty to the President. Nothing else, because she is not brilliant, neither educated in any fields associates connected with the OWWA. Uson has been an Social Media personality, whose got skills in the field they are appointed too.

That is why, when he re-appoints Uson. I start to believe Duterte needs to hire a head-hunter, someone who can find people skilled, experienced and whose knows the bureaucratic system and actually knows the deal.

I don’t believe she was fit for the PCOO and certainly not the OWWA. It is a joke. This should be satire and not real life. What has she done to the President to get this perks and this positions? Because, it must be in return for something. If not, it doesn’t make sense.

I don’t know, but something will give way, I suppose. Peace. 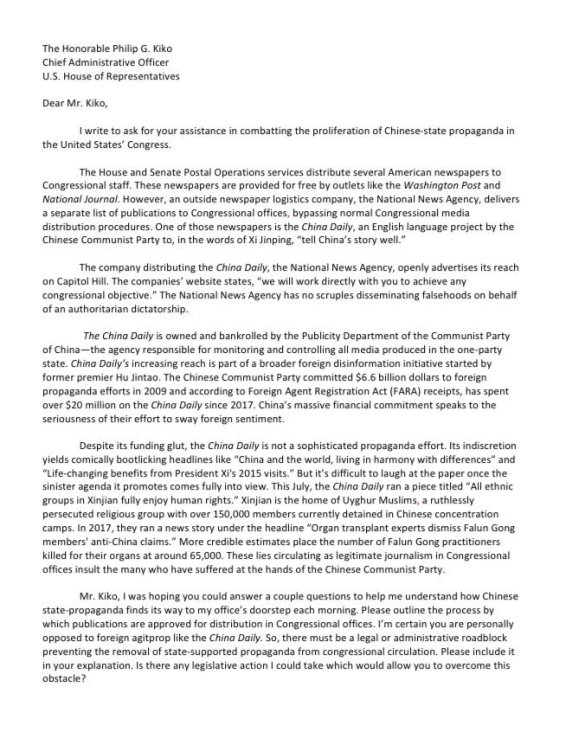 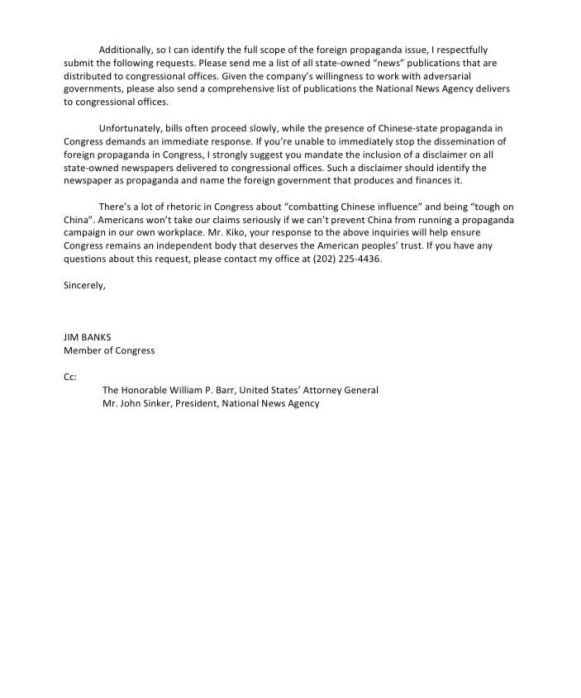 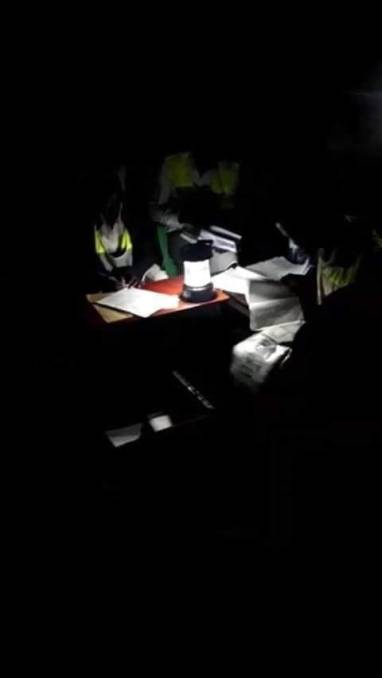 I will not look into the whole piece that Andrew Mwenda dropped on Facebook today. Because, that is a waste of time. However, I will look at few extracts and dismiss them. Since, the realities are far-fetched. Just like pointing at cars, carrying goats or saying corruption is good for economic growth. Is all staple defence of the editor and owner of the Independent Magazine.

Surely, Mwenda knows all this, but hopes people are eating of his hands. He hopes people are so naive and lack free thought, to think that his ideas and his ways of explaining things have become bonkers. He should join in with Ofwono Opondo, get reassigned to the New Vision and UBC. There is where he belong. There is no independent thought in this man, only if it is deflect the actual issues of the day.

Just look at this: “While NRM’s political fortunes are declining, the opposition is not inspiring much confidence. The growth in the opposition’s is far below the growth and spread of disaffection with NRM and President Yoweri Museveni. The radical extremism of the two most popular cults of the opposition – Defiance and its bastard child, People Power – has led to levels of intolerance of divergent views that most Ugandans have decided to keep away from electoral politics” (Andrew Mwenda, 30.09.2019).

What is striking, how his not seeing his own delusion, but maybe some favours and envelopes makes the man close his eyes. It is like his only seeing negative and negate all acts of the state against the Forum for Democratic Change (FDC) – Defiance and the People Power Movement. These are only an ill or evil, for someone who blamed Museveni of killing Garang and saying he was the common denominator of the troubles of the Republic. There years has worn off.

His seeing differently and for a reason. The opposition isn’t always right. That is a given, it has policies and ideas whose not all good. But that doesn’t defend the ways Mwenda attacks them. Like they are organizations with sacred secrets, which only the anointed could get. That is not how these two opposition parties work. It is more closer to the “orders from above” and the personality cult built around Museveni. That Mwenda should questioned, but when your paid writer for him. You will, overlook the narrative and cast the troubles on the other side automatically.

He speaks of intolerance within the opposition. It isn’t strange the opposition sees issues different from the NRM. As the NRM and the authorities are arresting, detaining and directly using oppressive means to silence the opposition. All means, all laws and all organizing proper party works are monitored, followed and if you misstep you get arrested. While the NRM can do whatever it will. This is not something Mwenda touches, because that destroys the Saint Museveni, as he sees him these days.

“Uganda’s opposition is deluded. They believe they occupy such a superior moral ground, that they are so awesome and cool, their position is so self-evidently righteous; so they do not need to win over people. They believe everyone should support them as of right because they are “liberators.” They believe, and I think correctly, that most Ugandans are frustrated with Museveni and his NRM. However, they mistake this to mean most Ugandans love them” (Andrew Mwenda, 30.09.2019).

If the NRM is so loved and Museveni has such an popularity. Why does he need the army to make every single by-election looking like a war-zone? If his so loved, why does his RDCs order the radios from blocking opposition from being on-air? Why if the NRM is such a popular party, why does it give monetary and things to the voters to get votes? If the NRM is so popular, why does it has to detain the People Power coordinators and other opposition activist ahead and in the final days of the polls?

Why, Mr. Mwenda, why isn’t this mentioned? That because, that breaks the ideal of this so-called popularity. Also, why no mention of the open bazaar of pre-ticked ballots into the By-Election that the NRM “won”.

If his so loved, why does he have to pay the citizens and voters to get their vote? That doesn’t make sense to me. But neither does saying corruption and counting cars in the streets say anything about the growth potential in the Republic. However, you believed in this and now you writing such things like this.

The yellow has to pump in his veins, if not his ability to have a proper meal ticket goes away. That is why he cannot strike against the NRM. Peace. 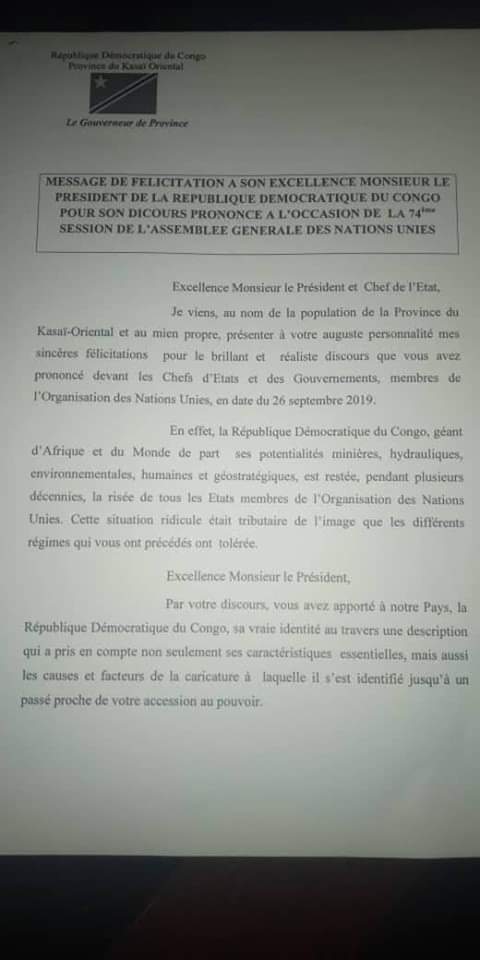 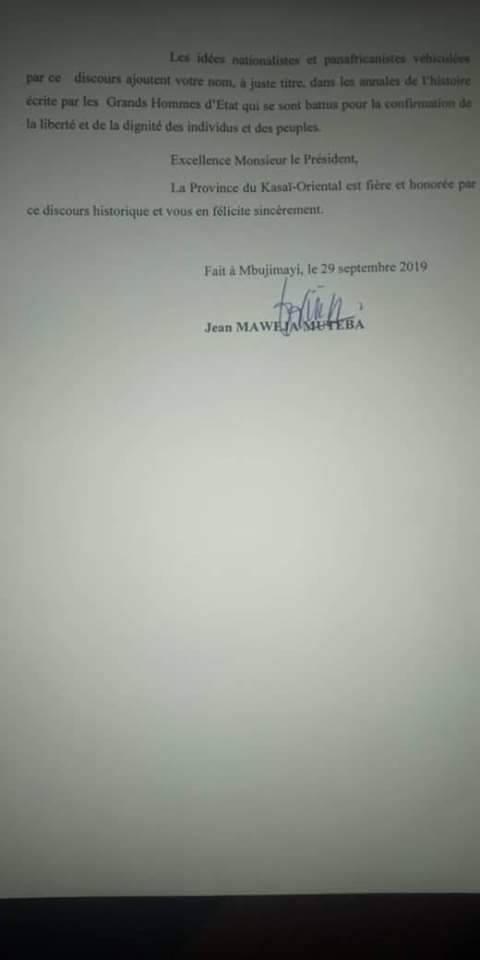 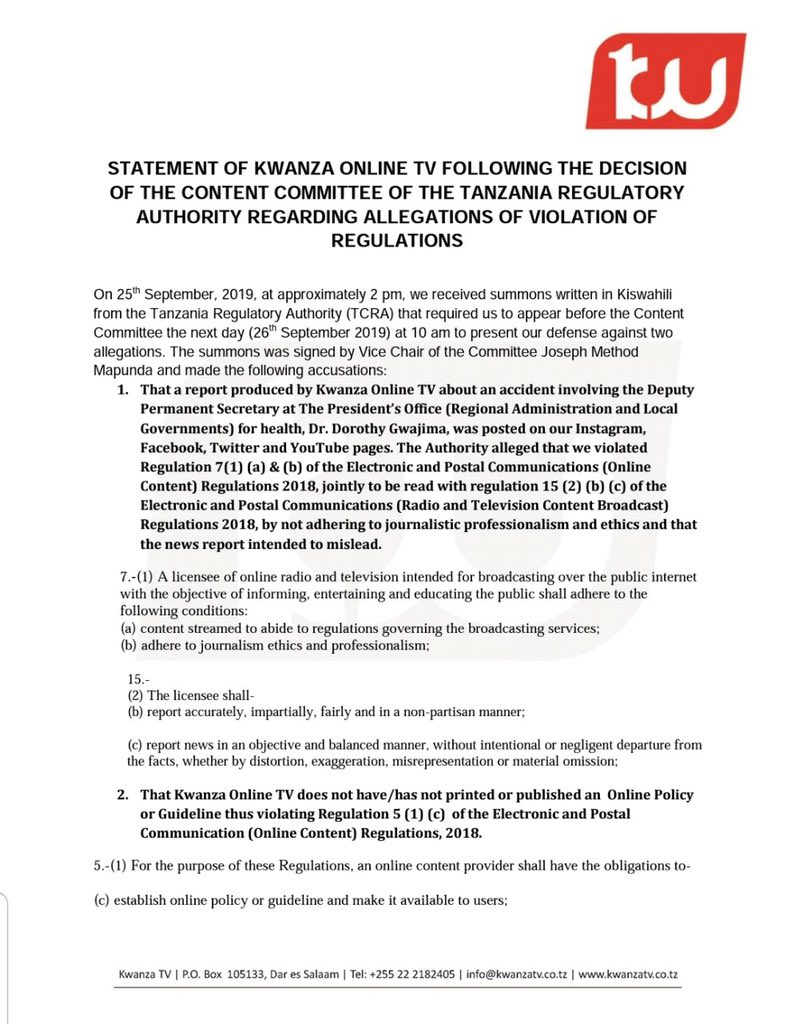 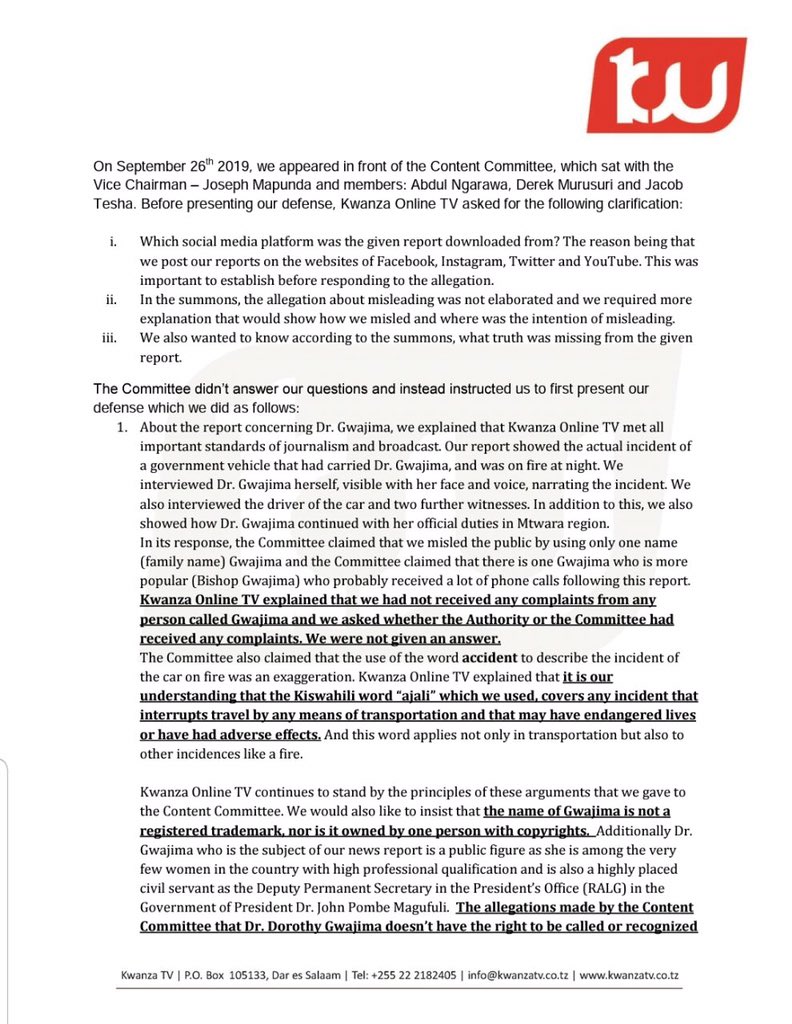 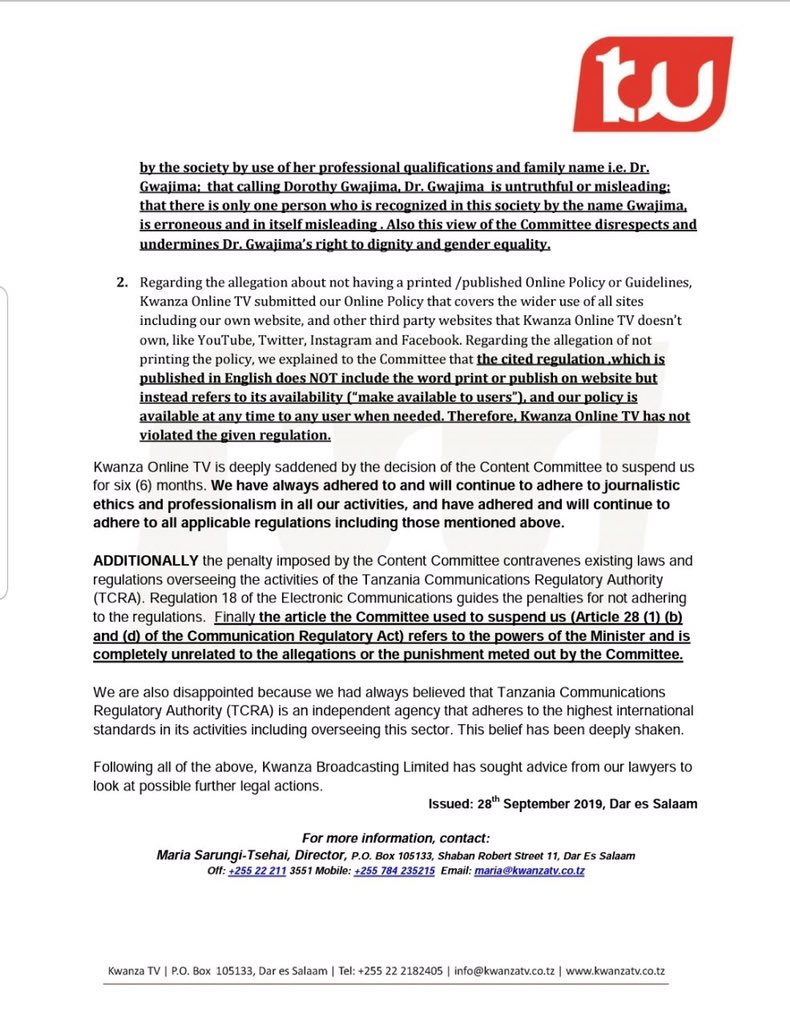 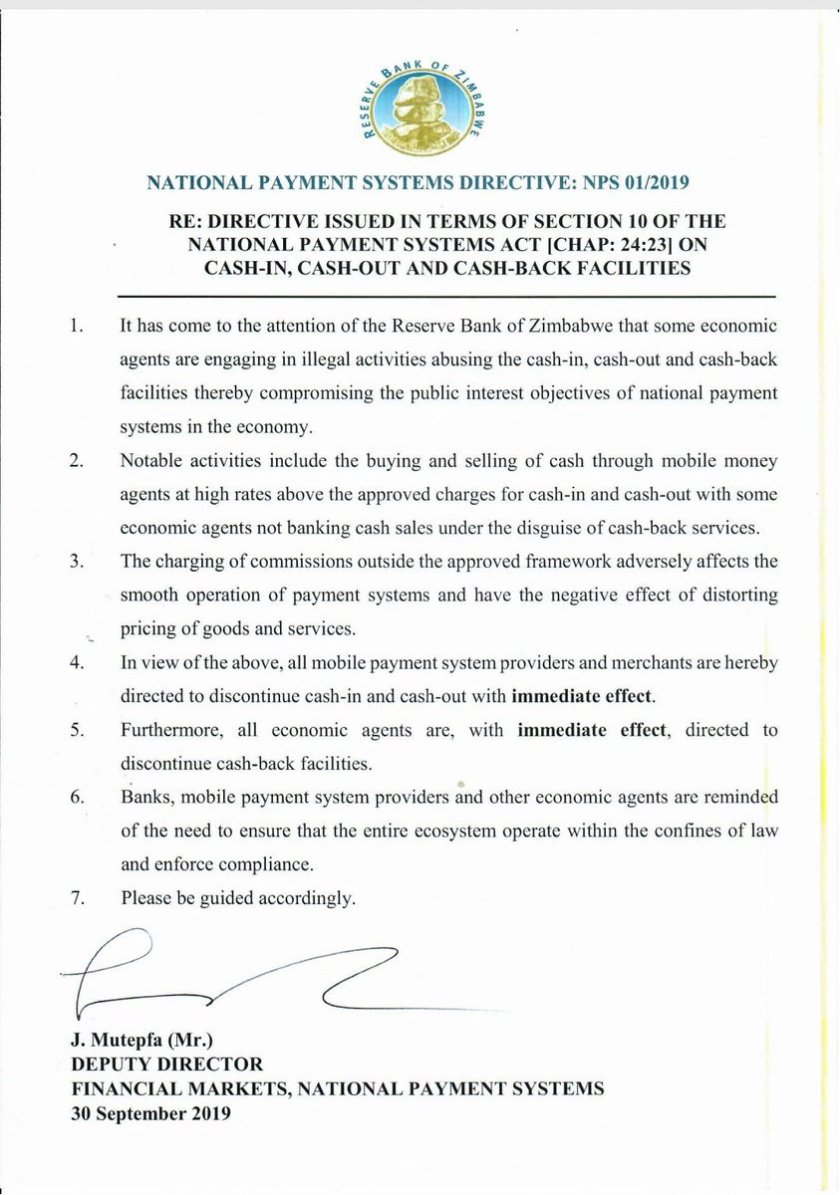 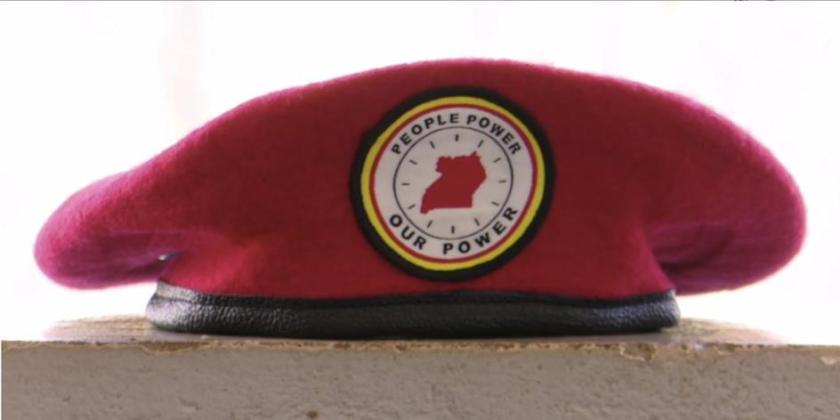 On the gazetted Uganda People’s Defence Force (UPDF) dress code of 18th September 2019, the red berets, which has been associated with the People Power Movement and Robert Kyagulanyi aka Bobi Wine. It is now banned from wearing them, except if your part of the UPDF. The same with the rest of the attires, which is gazetted.

This is limiting clothing, but also banning a sort of cloth, a headwear, which has been directly the image of the opposition movement. The UPDF again being used politically to ban. Not only is the army used to intimidate and to control the public. They are not only defending the territory of the Republic, but also used as a tool of oppression. That is why, special units of the UPDF have been used to arrest and detain civilian leaders, like even taking the Arua 26 and the Kizza Besigye to Military Court.

Therefore, this is not shocking. This is following a pattern, like when the Interim Order of 5th May 2016 banned all demonstrations and the defiance campaign. In addition, this means that the Forum for Democratic Change (FDC) was officially by the state not allowed to demonstrate nor use defiance. That is why we have been here before.

The UPDF is used as a tool this time. To stop people from wearing a certain head-gear. They want to monopolize this headwear. Apparently, they can do that, even after the state known the public and the opposition has used this. This is a direct ban of wearing something of the opposition.

If the National Resistance Movement (NRM), the ones running the government wants a multi-party democracy or act like its there. Maybe not ban their gear in general. Because, it proves again, that President Yoweri Kaguta Museveni and his minions in acts won’t a one-party state. That is why he was so reluctant to let go of the movement system in the past. This is a history we cannot forget.

In this instance, it is repetition of the past. The NRM and Museveni uses the state as a oppressive machine. Finds some significant faults with the opposition bans it. That is not new.

This is the red berets, which is now a cardinal sin, unless your part of the UPDF. Together with the other hand-picked attire, which they see fit. We can await the radios to ban Bobi Wine songs, we can await to see more of these issues. Just like the bans of concerts of Bobi Wine too. Therefore, this is following a common pattern.

This is not happening to the DP Block or the UPC for that matter. No, its happens to the Opposition that the President fears. That is why he can use the military, which the militarised politics of the NRM has personalized over the years.

This will be controversial, there will be arrests, the police force will enforce this and we will see an outcry. However, will this show the public how far the NRM does to control them? Is this enough or will laws of draconian acts continue without any actions against it. Will the public accept this and move-on, as the state again tell them how to think, act and how to be?

This is what the NRM does, just another proof. Peace.