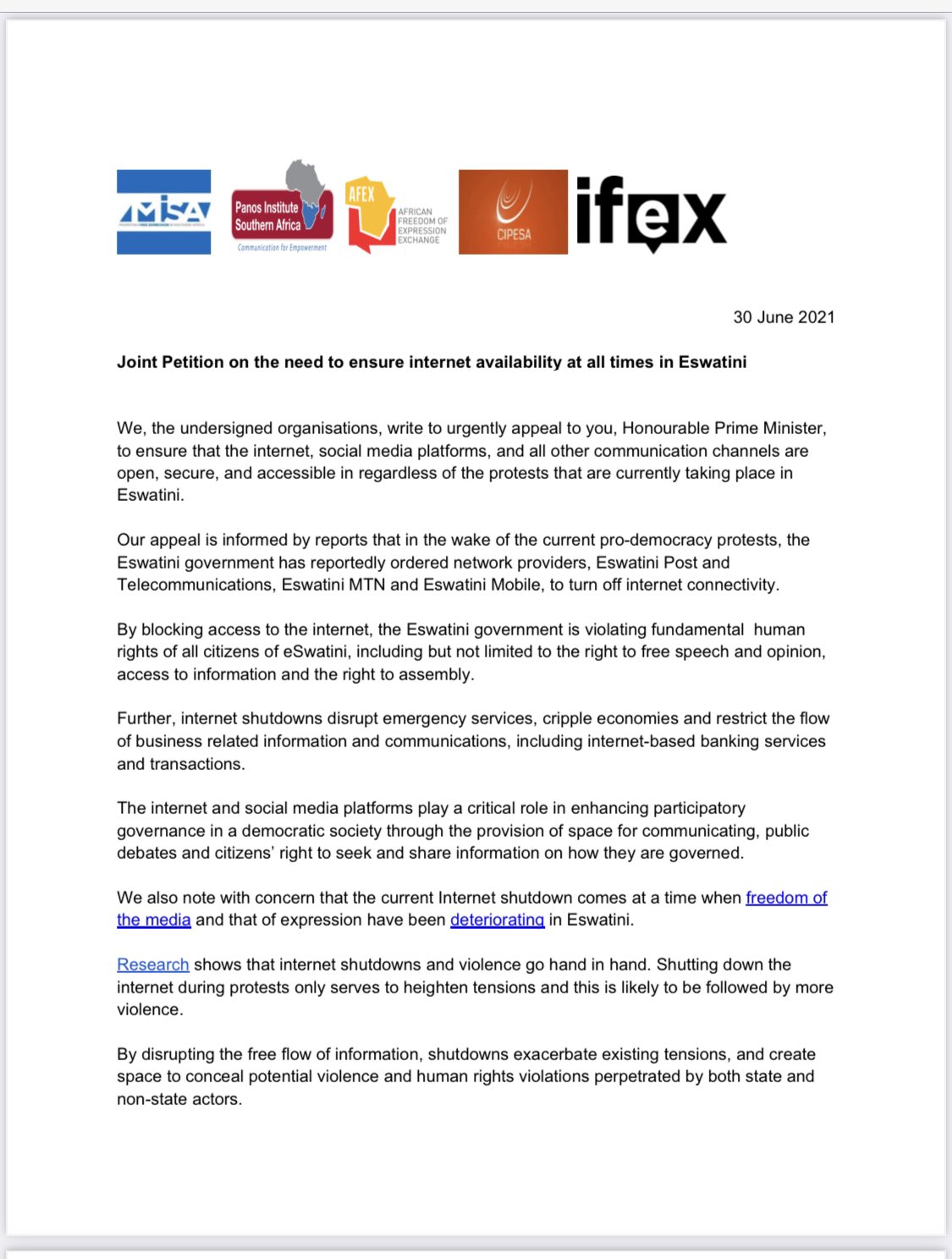 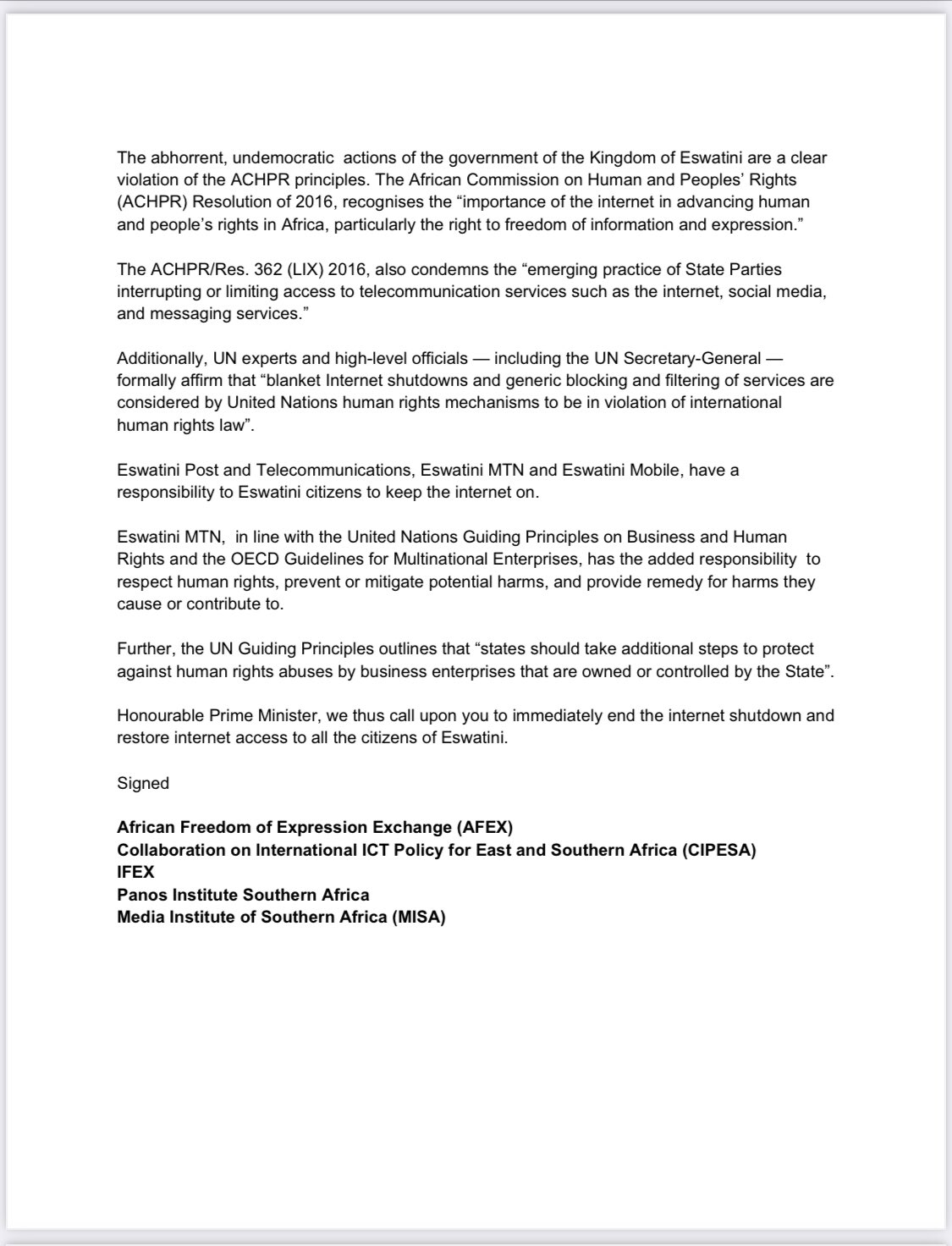 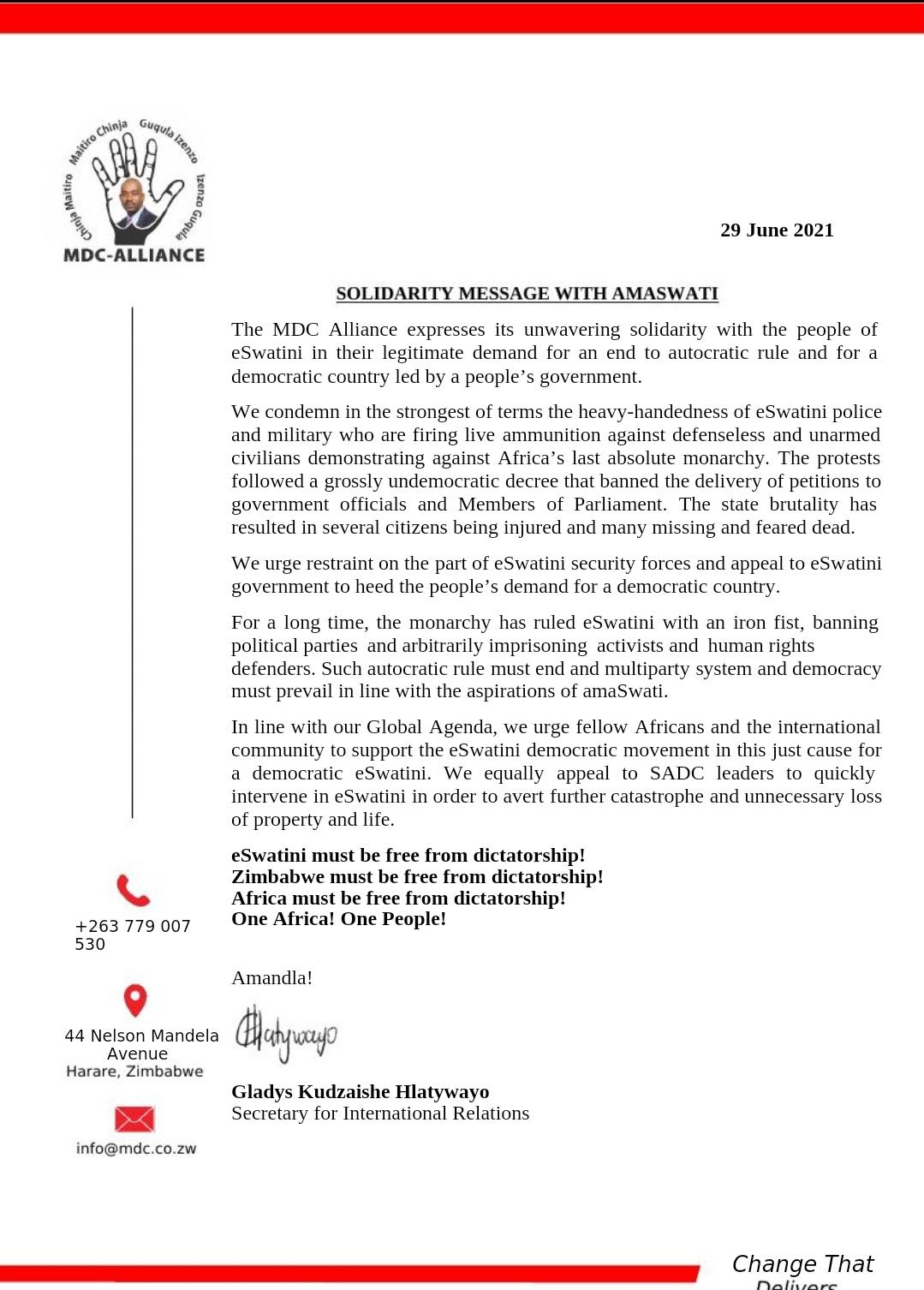 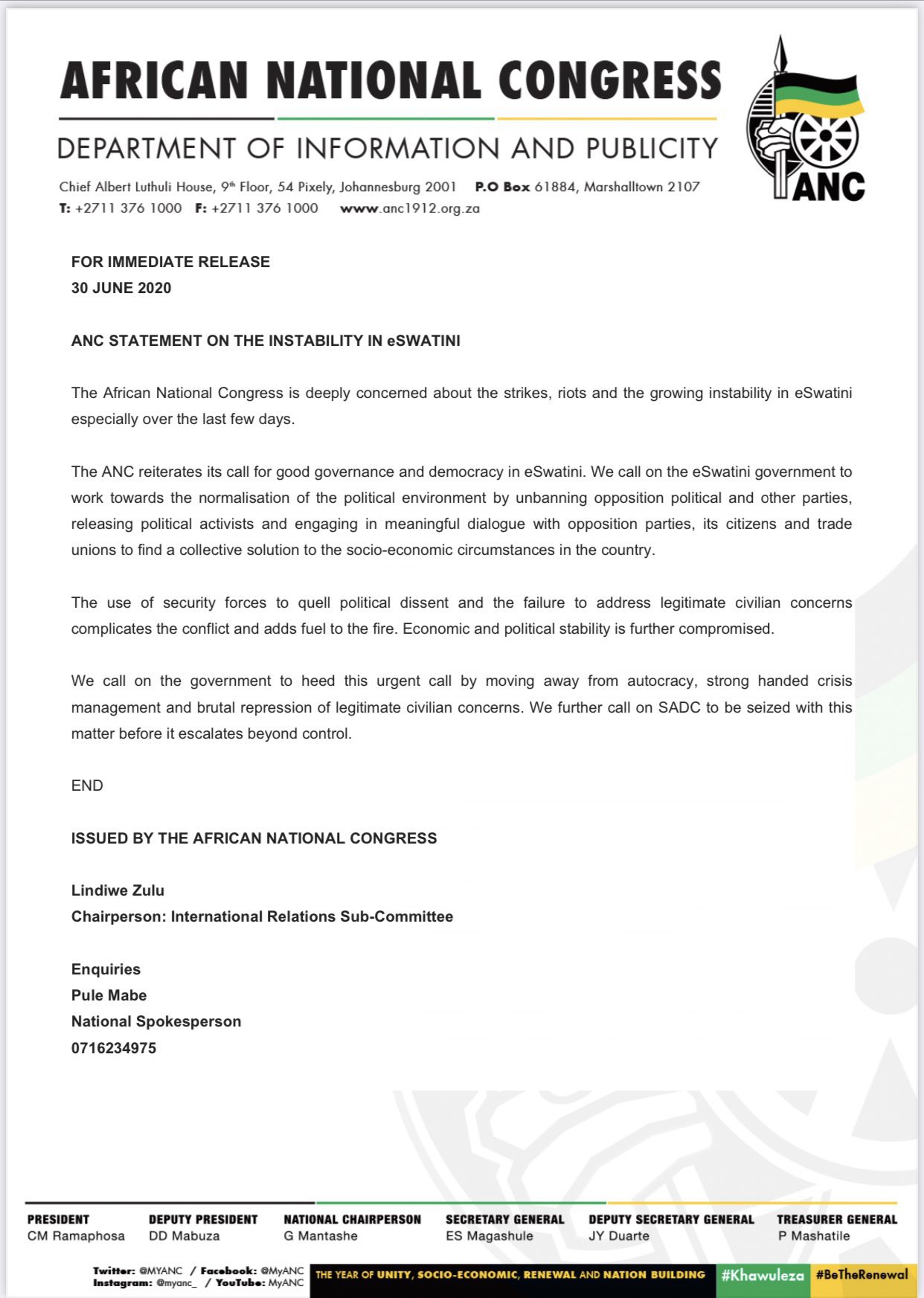 The Operation Law Enforcement which was launched in November 2020 cannot be deemed an success. It has only tarnished a nations reputation. The Prosperity Party and the Prime Minister as goons and warlords. They have a Ministry of Peace, but is known for waging war internally now. That is not how you built a strong state or reconcile people with difference.

Prime Minister Abiy together with his Amhara allies and Eritrean ally thought they had the ability and the power to destroy Tigray. They we’re jaded in their minds. Thinking they would have the upper-hand and the option of crushing Tigray People’s Liberation Front (TPLF). However, as longer as the conflict became. The weaker the army and the allies became. Their soldiers was dying and their reputation was in total tatters. Which cannot be reconciled after the atrocities, massacres, looting and destruction of region.

Also, with the “Operation Alula”, which is reported to have resulted this within 10 days:

“Credible sources indicated that more than 50% of the remnants of the invading Ethiopian soldiers from the TDF’s unpredictable operations in the last 7 months were destroyed in less than two weeks, I.e, OperationAlula!” (Dedebit Media, 30.06.2021).

So, before the majestic speech of the Prime Minister. The TDF had deployed their forces in a manner, which surprised the Tripartite Alliance and totally destroyed the army there. So, the deceased on both sides get buried over a spat, which they didn’t deserve. This was an egotistic PM who wanted to consolidate power and overpower his enemy. Who didn’t want to bow their knees to him.

That’s why the PM is proud of his destruction and looting.

Which happens to one be one the thing the PM is proud of:

“When we entered Meklle 7 or 8 months ago, it was the collusion centre of gravity, centre of a government and centre of resources that we knew much of, and much more. We’re leaving today, and other than sheltering an overflowing additional number of people that are close to 80,000 which includes thieves, robbers who steal from them. It’s not different from Abi-Adi, Sheraro or Beshasha; it has lost all importance. Now there is nothing special about Mekelle, Abi-Adi or elsewhere, if we see it from a military perspective. Right now, there is nothing that makes it a centre of gravity, and tempting. Compared to the first time when we went in, there is nothing tempting now” (Abiy, 29.06.2021).

So, it is not like they came into war because of the constitution or rule of law. No, it was to humiliate and destroy Tigray. They wanted Mekelle to be destroyed and left in dust. It wasn’t supposed to a centre of anything. Just a small unimportant village. However, in the end. This vision and this brutal take. Shows, the Prime Minister didn’t go there for peace or liberation.

No, the Prime Minister went for selfish reasons for himself and his allies. To secure that there was one less region in the Republic. He rather wage war to undermine and weaken one part of the Republic. That says a lot about the PM.

Also not shocking, but revealing was the sentiment of the soldiers deployed which he stated:

That explains why everyone became a target. Why the soldiers acted like they did and didn’t care about civilians or their lives. They would massacre, kill and rape citizens, as they we’re all seen as enemies. When you have that jaded vision and that approach. Everything you do is to save yourself and destroy your enemy. That’s how you create possible genocide and makes reasons for atrocities. Which is easy to realize in hindsight. When the soldiers and the ones deployed saw everyone as “enemies”!

This Prime Minister is proud of destroying Mekelle and “weakening” a threat. He didn’t go there to liberate or fight for the constitution. No, he ordered the war to secure his power and enrich himself on the costs of the Tigray region. However, that gamble has backfired and his army are now in complete disarray. It is weakened and the TDF have Prisoners of War (POW). They have been able to get rid of huge parts of the armies and they need to be restructured.

That’s why he has to surrender in Tigray. Plus the warfare has cost and broken the economy. He has paid for a war without any proper revenue. That why he has not only destroyed the National Defence Force (ENDF) but also the economy. This is an impressive feat to do within 8 months. Plus being implicated and ordering war-crimes, losing all prestige and becoming a known warlord.

Going from the Nobel Peace Prize to possible get charged by the International Criminal Court in the future for War-Crimes. If that isn’t one of the biggest fall from grace. I don’t know what is. Peace.

The Ministry of Health and Permanent Secretary Dr. Diana Atwine have promised greatness and huge results during the pandemic. This being the usage of donations in 2020 and International Monetary Fund (IMF) loans to cover the COVID-19 pandemic.

The Ministry of Health should instead of talking…. ACT. The state, the National Resistance Movement and everyone who ensures the hospitals and health centres are working. The Government of Uganda (GoU) needs get checked and questioned. Especially, when the hospitals lacks the basics. Neither prepared for a second wave of the pandemic.

It isn’t like the GoU and MoH should have made things possible. They should have covered the allowances and hazard pay for the health care workers. The same should be with educating nurses for the ICU and procure more ICU beds. Secondly, get ventilators, bigger production of oxygen and buy vaccines by the truck-loads. Instead of waiting for gifts and donations from the International Community. While the state is borrowing huge loans to cover for this.

That’s why the Ministry of Health, the government and all the bureaucrats needs to get help from the “high above”. They need to get the hold of the funds and capacity to actually do what is needed. Instead of seeing people dying because they are not getting in time to the hospital. Some even get to the hospital, but the lack of oxygen kills the loved ones. Instead of giving them a little more time to heal and catch the needed breath.

The MoH and GoU needs to man-up and take responsibility. They have failed their citizens. The Hospitals and the health care system was crashing before the pandemic. The pandemic is only exposing it and showing the dire distress. It is the innocent and the tax-payers who is not getting what they are deserving. These deserve to get treatment and healing from the virus. They shouldn’t die in the hospital, because the state didn’t prepare or spend needed funds to make it operational. They instead spend it on SUVs and Elections….

That’s how it seems. Dr. Atwine and the likes needs to fix the problems and not whine over this in a press release. They should instead of jumping behind the barricades and go into self-defence. The Permanent Secretary should go over to the State House and beg for more money. Should ask for funds from the Confidential Funds or whatnot. So, that she can procure, ensure training and equipment that can save lives.

That they should do, if that matters and if they want to stop the medical tourism, which is always a saving grace for VIPs and the elites. Therefore, the MoH and GoU better get a grip. They have borrowed twice from the IMF to save themselves during the COVID-19. Instead of spending directly on the necessary on Health Care. It goes to everywhere else and for whatever causes the state see fit.

That’s why the MoH sucks and the GoU is corrupted. They are not willing to invest or using loans to save lives. That is the proof and the Permanent Secretary have to responsibility together with all of the Ministers running the Ministry. They are all chefs and this is the dish they are serving. It is not tasty or a fine dining meal. It is fast-food and sometimes the plate isn’t even delivered. However, the Ministry is still billing the citizen who arrives at the hospital. That is the sad reality and this got to change. Peace.