“The UK currently has 86 recognised sources which can be used to bottle mineral water and they are located in 61 locations across the country, from St Ives in Cornwall to the remote Northmaven peninsula in the Shetland Islands. Although it is difficult to find out how much this type of bottled water is worth in the UK, it is estimated that the total worth of the sector is £2.7 billion” (Alexandre Nobajas – ‘HOW BREXIT COULD DRAIN BRITAIN’S BOTTLED MINERAL WATER INDUSTRY DRY’ 21.02.2021, Keely University).

The recent letter from 14 Members of Parliament from the Tories are really telling. They have over the weekend on the 27th February 2021 prosed a “Bottled Water” Ban across the Channel. Do a trade-war-esque move. They sent this to Lord Frost, the newly appointed Brexit Minister and Chief Negotiator with the European Union. It is deliberate act to show some force in concern with the hurting shellfish industry.

However, the United Kingdom and Tories could easily see the ramification of leaving the EU. They could have studied and known what happens to trading parties who becomes a third country. What happens to certain industries and how these operates in concern to Brussels. Still, the Tories didn’t think of this, even if they were warned by industry ahead of the withdrawal. Because, the principals was more important than the reality on the ground.

The same is here with the Water Bottle Industry too. The Mineral Water and Distilled Water will hurt a billion pound industry. A industry with mostly rural bottlers will be hit by this. Just like rural producers and fisheries who made shellfish. If the Tories block EU Bottle Water like Evian. Who believes Brussels will care about bottled water from Scotland or Wales?

They will be banned entry too. The EU will not allow their own industries has a disadvantage. The member-states will not allow bottles entering from Wales to compete with French bottled waters in the Netherlands, but not being allowed to sell bottled water in London. That will not happen and the EU will strike back at London.

Therefore, if Lord Frost and the Tories are doing this. Then they will put the smaller bottlers dry. These who sells a lot of their stocks of bottled water to Europe will loose their profits and possible export market. That is just the reality here.

The European counterparts has a huge market to survive in anyway. They can compete there and get it through all of their member-states. The European Common-market is big enough for the producers. Yes, it is a loss to not sell in the UK, but that will not damage the bottled water industry at such an extent.

The rural bottlers in the UK will most likely have much more to loose, than the European exporters to the UK. Even if the Tories believes differently… the EU will not change their common-market rules and the UK as a third country have to comply. The bottled water industry is yet another looser, if the UK pulls this stunt.

The bottlers in Scotland and Wales will loose vital markets and the Tories will destroy another industry. That will make these water-wells run dry. If not they have to make the British drink more bottled water, instead of drinking it directly from the tap. Peace. 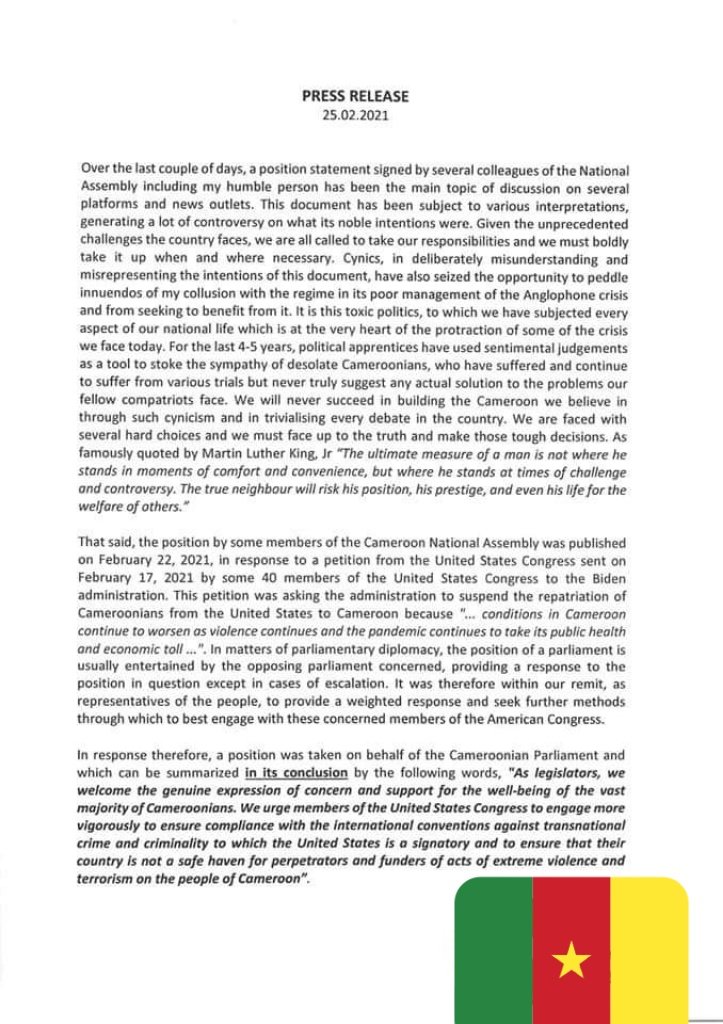 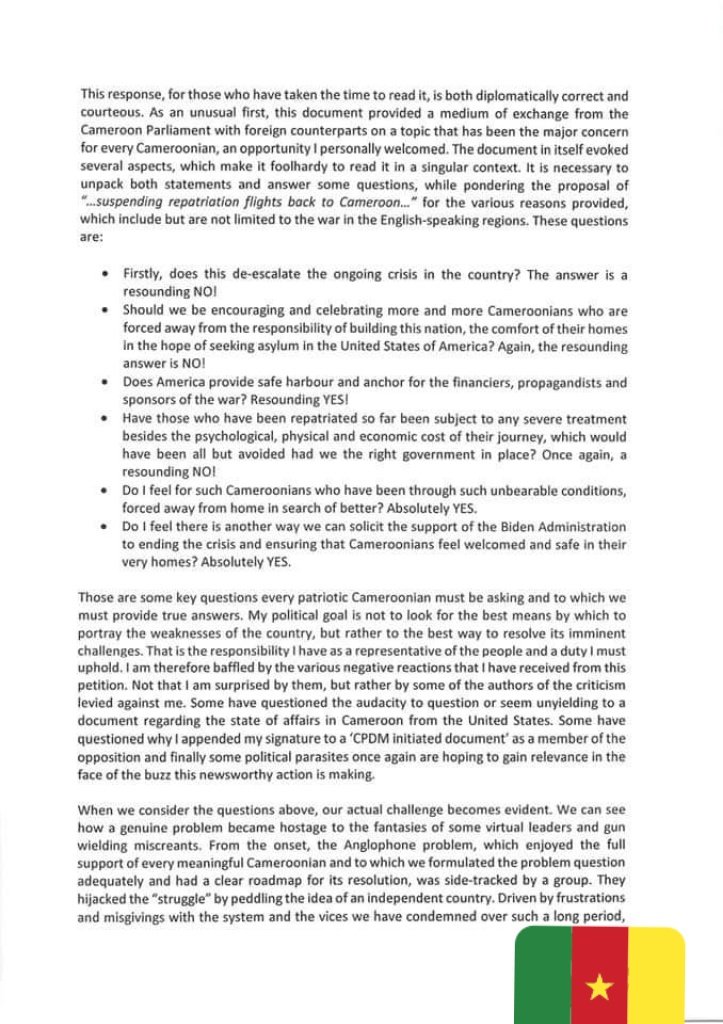 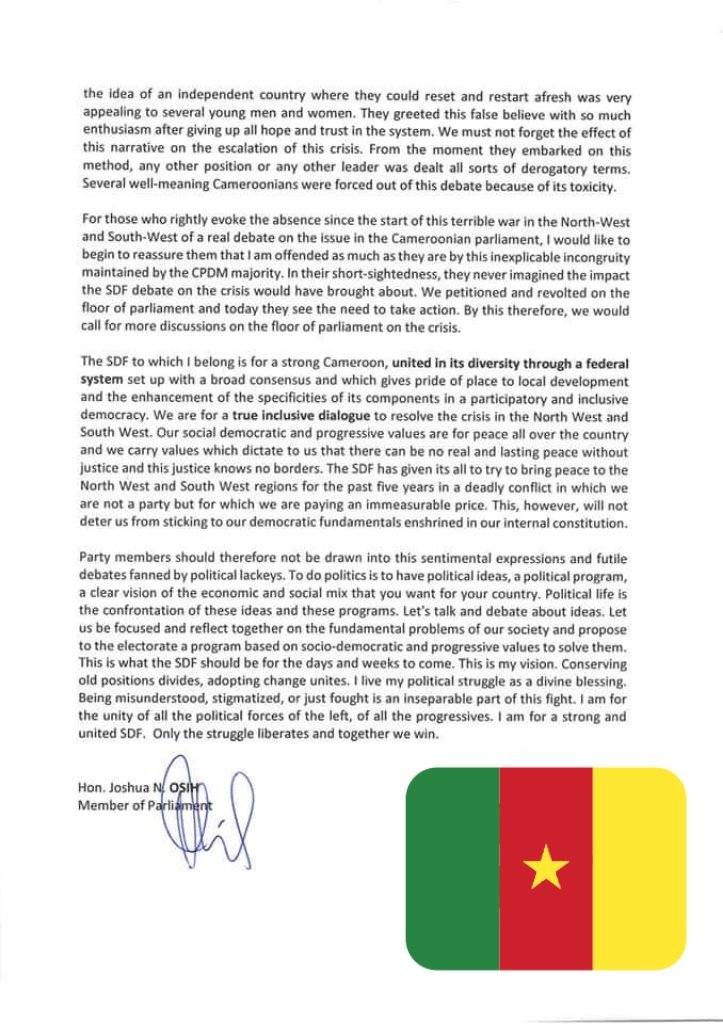 “The way to put an end to this is to deal with it like fish… you will not able to gather all the fish of the Atlantic and Pacific ocean, to completely get rid of them, you will need to dry the oceans” – Fikadu Tessema, Head of Oromia Prosperity Party in yesterdays Oromia State Council meeting

It has been 31 days of hunger strikes of the Oromo leaders detained indefinitely. As there are reports of 50,000 political prisoners in Oromia alone. This being the leaders of Oromo Federalist Congress (OFC) and Oromo Liberation Front (OLF). The leaders have been lingering in jail for so long without any substantial trial for the Oromo leaders. They are just persisting keeping them in prison without any evidence and reasons for the charges.

We know that Tessema is an trusted ally of Abiy. As he took over the Oromo Democratic Party (ODP) and his now the leader of Prosperity Party in Oromia. He seems to follow the orders and ideals of the Prime Minister Abiy.

“Because peace is a foundation for everything that we are aspiring to transform the life of our people if we could eliminate Al Shabab and OLF from this region you can see how this people can be transformed into one family, one country and one people” – Prime Minister Ahmed Ali Abiy in Kenya on the 9th December 2020.

Abiy and Tessema seems to plan this and working together to destroy and get rid the Oromo dissidents. They are clearly using the opportunity ahead of the elections to silence them all. This is not new. Since the Prosperity Party have gone after the Oromo leadership steadily. They only made peace for a hot minute to take them down later.

Tessema really wants to go after them and strike them down hard. He will nobody behind. There seems to be no redeeming factor here. The state is willing to take them all. This is the means of their game. If they speak of democracy and tolerance. It is all lies, as they are willing to “empty oceans” to get rid of the fish. That is the sort of play the state does now.

The Prosperity Party and its leadership will answer things with furious fury. We should worry and be worried. As this state is relentless and when it strikes. It doesn’t do it smoothly or soft, but with fierce force and fatalities.

If Tessema gets his way. There will be a bloodshed and the OLF/OFC will be in danger. They will be hit so hard and the state with ruthlessly search for anyone involved or active in these parties. Just to take them down and never let them go.

That is what we can expect and anticipate. We have seen how the state have acted in Tigray and before in Oromia. So, the signs on the horizon is a bloody red moon. It is dangerous times ahead and it will horrific. To think otherwise is naive. As this state and Prime Minister rather get rid of their enemies, than talking to them.

And when allies of him propose these sorts of methods. We should be not cautious, but be alarmed. Because, there is no ending of warfare, conflict and usage of arms towards civilians in the Republic. That will be targeting the parties of Oromia. Even if they have already done so for a long while.

Now will they will strike even harder and that should worry. There is no end to this tyranny. They are just using new means to get rid of the ones who dissent to PP and the PM. Peace.

“I had to come physically and ask for President Museveni’s wisdom in these matters. We want him to mediate in the issue of Somalia and Kenya, but we are also looking at the leadership of IGAD, which is chaired by Sudan. Both Somalia and Kenya are members of IGAD, but now they do not have diplomatic relations. But countries are connected in all ways and a concern for everyone, not just President Museveni, despite being a trusted leader. The other issue is, Ethiopia and Sudan, which are also connected, do not see eye to eye because of a border dispute. We did not expect the tensions to escalate to this level, but it is happening. It is dangerous for the region because if one country is not peaceful, the entire region is destabilised. When we engaged President Museveni, he was happy and took the matter seriously. We are confident that he will deal with the issues diligently” – Dr Workneh Gebeyehu, executive secretary of IGAD on Museveni (Nicholas Wassajja – ‘We want Museveni to mediate regional conflicts, says IGAD boss’ 27.02.2021, New Vision).

A man who always wants to fight and crush. A man who needs to constantly intimidate and warn the public. A man who will deal and destroy people. That is the sort of man the Intergovernmental Authority on Development (IGAD) wants to appoint and lead mediations.

It is just like Gebeyehu doesn’t know Museveni at all. Like he just reads the gist’s and the friendly headlines, but not see the blunt truth of his actions. A man who is a warlord and general at heart. This man rather kill his enemies, than have a honest dialogue and negotiations with. He either tries to corrupt people or await for the right time to strike with vengeance.

Museveni isn’t a man of peace. He cannot even leave the opposition in peace. They are in a steady limbo and wrecked by either new excessive laws or rampant usage of security organization to strangle them. Therefore, that man who cannot even be at peace with his foes. How can he make peace elsewhere?

General Museveni will only ensure a “fake” peace. Where he helps the stronger party or the ones who he hopes can be an ally to himself. Museveni wants to certify his legacy and be the “kingmaker” of the region. The Pan-African leader of this Generation. Though, he couldn’t even remain friendly with Kagame. He had to create disputes with him too. Even after all their dealings and battles they have fought together. That says a lot about the man Museveni is.

He even breached the Nairobi Accord of 1985. That is the sort of man he is. He just participate to buy time and find a better way out for himself. So, this sort of cunning leader isn’t a peacemaker, but a man of war. His the general you get to ruthlessly ensure someone’s demise and weaken your enemies. Just like he suddenly entered South Sudan as a favour of President Kiir. Therefore, he knows when his useful and can get the upper-hand.

Gebeyehu seems like he doesn’t know or doesn’t want to know. Whatever it is… asking a man of war to make peace seems foolish. This man rather kill and destroy than actually create peace. That is why its strange IGAD thinks of Museveni. Calls him a “trusted leader”.

He can be trusted to back-stab and trick you. Museveni can be the leader who serves a long-con and is able to get away from lightening up a burning hut. While blaming the burning hut on the neighbour. Ensuring the demise of the neighbour and get praise of destroying him. Even if it was Museveni’s fault for burning the hut in the first place. That is the game he play. The man who kills and later says he will compensate, which never happens.

So, you can really wonder. What game does Gebeyehu play? Is this being loyal to a member-state and showing some love. Since, IGAD will not challenge its members. No, they will just be a supporting mechanism and vocal side-piece. The IGAD will not go after or keep them accountable. No, that is not in their best interests. As that hurt their mandate and apparent mission. To be a gatekeeper between the Heads of State and their population. Peace.