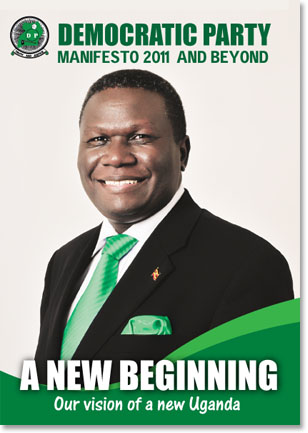 I don’t know if Norbert Mao sees it or not, if he thinks he is so viable and has the ability to garn the masses. He tried in 2011 and got about 150,000 votes. In 2016, he couldn’t even be fielded as an candidate for MP for the Gulu Municipality in Gulu District.

Now in 2019, he plans to run as a Presidential Flag Bearer for the Democratic Party (DP). Which is fine enough, surely he will get support of Abed Bwanika and other ones joining the team. Alas, they are not combined in strength to ever compete with regime of today.

If he would ever think he has the capacity now, to build momentum and challenge Yoweri Kaguta Museveni, he is terribly wrong. No one is, because the system is built either for him to win, as the crook or by the book. There is nowhere in between that gives space for Mao to strive. Neither, does he has the capacity to garn the masses or even sound like a strong opposition figure.

Mao in the last go around supported the The Democratic Alliance and its candidate Amama Mbabazi. Which wasn’t successful either, that is why his been a vocal voice on NBS Frontline, but not a leader with a purpose, as he is more disfranchising the opposition and his own party, then building something strong. As he has let Lord Mayor of Kampala, Erias Lukwago (People’s Government, Betty Nambooze (People’s Government), Florence Nakiwala Kiyingi (Minister of State for Youth and Children Affairs ) and Mukasa Mbidde (EALA MP) go along with either with the NRM Camp or whis fellow Opposition Kizza Besigye alternative People’s Government.

Therefore, he has not shown strength as a leader of his own flock, neither his own leaders nor MPs, who has shown character and joined sides. His not sanctioned the ones directly taking part of NRM functions and within the Cabinet. Only shown strong words against the ones who has chosen a defiant side to the current regime. Which is striking in itself. Since, as a supposed viable opposition, he should show finesse in these manners, but instead shown partisanship, by whom he attacks.

Do I believe that Mao has a shot to the throne? No, do I believe anyone has? No. Does Robert Kyagulanyi aka Bobi Wine or Dr. Kizza Besigye, at this point no. They are candidates that are more viable and has a bigger voice. More reason behind them and more consistent with their supporters. Nevertheless, the system is built for Museveni, so it doesn’t matter who the Opposition fields. Because, the system is made for all the others to loose, and for the incumbent of 1986 to win again.

So, even as Mao is now saying his a candidate for the highest office, he will self-destruct his chances of being an MP. Mao, will by default go against both Bobi Wine and Museveni. Who knows if Muntu will join the team and who the FDC fields for this. JEEMA, UPC and UFA has enough struggle to even get momentum for their MPs, they should focus there.

That is why, the only interesting thing about Mao’s return to the battle for the highest office. How will he explain his ineffectiveness towards his fellow MPs who accept a close relations with the NRM and why he has attacked Besigye and his People’s Government? Because what striking difference is it between a Mao of 2019 versus the ones who called Besigye a serial loser a few years back?

Since I cannot figure out a time or pretext, where I thought of Mao as a winner. He haven’t even had the ability to run for MP last election and before that, been abysmal as a Presidential Candidate in 2011. Therefore, a little humility and grace, would be nice, but maybe his planning a TDA 2.0 with himself, and hopes Muntu can join the team with his ANT(s). Peace.