Archive for the tag “Ugandan Market”

#SOTNUG16 rehashed his own 1980s ideas; The Old Man in a Hat gone full circle! 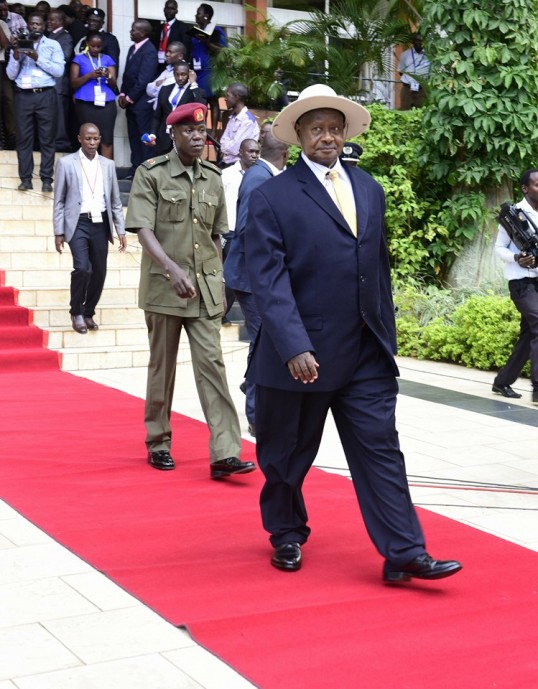 Here I will take something that hasn’t changed in the 30 years of National Resistance Movement in Uganda, as the same Executive said the same things, apparently within 30 years space. That is possible in the world we live in and how he really have talked and walked in circles. Will take parts of the speech yesterday and to speeches President Yoweri Kaguta Museveni did in the late 1980s, to prove how he has spin all around and have run back to start, actually. 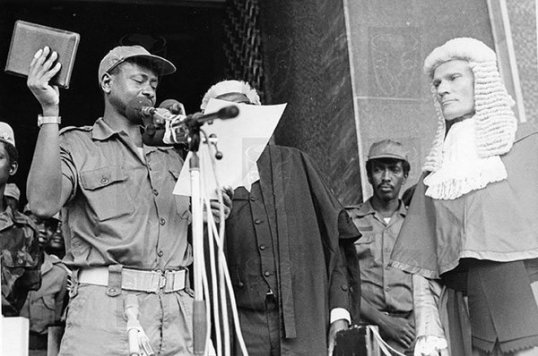 With that in mind a little look into words said on his first speech in the General Assembly of United Nations on the 21st October 1987 in New York, when in his speech then, he said this:

“Those Countries with a tourist industry cannot, in most cases, service it on it own. For instance, the cornflakes, jam, cheese, and wines to feed the tourists all come from all outside the Third World. So-called factories are, therefore, no more than assembly plants”.

In a Speech at the Opening of the National Workshop for the Development of Small-Scale Industries on the 3rd April 1989, when he said this:

“I have managed with a lot of difficulty, to get some figures from the Ministry of Planning and Economic Development. I wanted some figures for tractor prices, but the ministry could not get them. If they do not have such figures, I do not know how they operate. Anyhow, they managed to get me prices for Bedford trucks. Since 1980, a Bedford truck has been rising in price with 6,5 percent per annum” (…)”If we look at coffee prices, however, while the price of the Bedford truck have been rising by 6,5 percent per annum, coffee prices fell by 32 percent between 1980 and 1987. It is not only Bedford’s that are going up in price, it is any manufactured product you care to import. You can see the situation is not in our favor”. 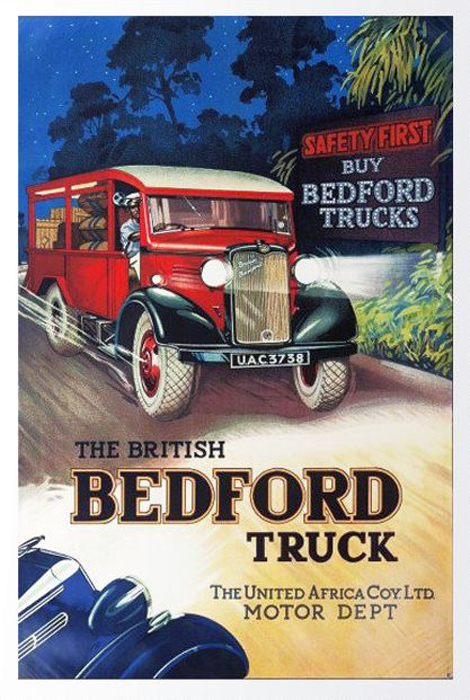 Then we jump in space and time, we end up in Kampala in the Ugandan Parliament, the opening of the 10th Parliament, as the still President Museveni in 2016; with another new State of the Nation Address, this time in the year of 2016, on the 31st May 2016, when he was actually saying this:

“One sector, for instance, is assembling cars rather than importing the already assembled cars.  When a car is imported in knockdown state and is assembled here, it is about 25% cheaper because it is cheaper to transport car parts on ships and trains than importing assembled cars.  When a car is already assembled, it occupies more space on the ship and on train flat-bed wagons.  Hence, it is more costly” (…)“All this is not just about stopping the haemorrhage of our money to the outside and paying more than we should pay.  It is also about jobs for our children.  By importing so much from outside, we are creating jobs for the children of the Chinese, the Indians, the Japanese, the Europeans, the Americans and the Middle Easterners and forgetting about our own children. This must stop.  If all the textiles that are used in Uganda are made here, we shall save US$888 million, annually and create about 45,000 direct manufacturing jobs.  By insisting on only allowing vehicles that are assembled in-country (lorries, buses, mini-buses, pick-ups and piki-pikis) to be sold in the Ethiopian market, they have created 160,000 jobs.  You can check that easily” (…)”I have talked to our importers. These policy changes or evolutions should not take one year.  We can phase them; but they must be triggered. Otherwise, we shall be slaves.  We shall continue to run a supermarket for foreign products but which we call country”.

What do you think, he has gone in circle and lost his way somewhere between Gulu-Masindi-Hoima-Mbarara-Masaka-Kampala, right? Maybe he crossed to Kabale at one point or into Kisoro to delegate some troops for the DRC or Rwanda, depending on which year of his rule. Not easy to know, what is easy to know by now how he has lost control of his mind, and is even recycling the same agenda as in 1980s and not even trying to sound fresh, clean and ready to run the country. He cannot be taken serious as he hasn’t delivered this in 30 years, why should he manage it in to his 35 years, I am just sneezing as his Opposition is detained in the Museveni-ocracy… or whatever a Police-state/totalitarian regime infused with re-hashed ideas of old. Welcome The Old Man in a Hat! Peace.

PS: If you want to read the old speeches of the dictator and the grand Don Museveni, the NRA/NRM head honcho, you should either check out the library an read the book named “What is Africa’s Problem?” Written by Yoweri Kaguta Museveni, the book we’re published in 2000 from the University of Minnesota Press, United States of America.