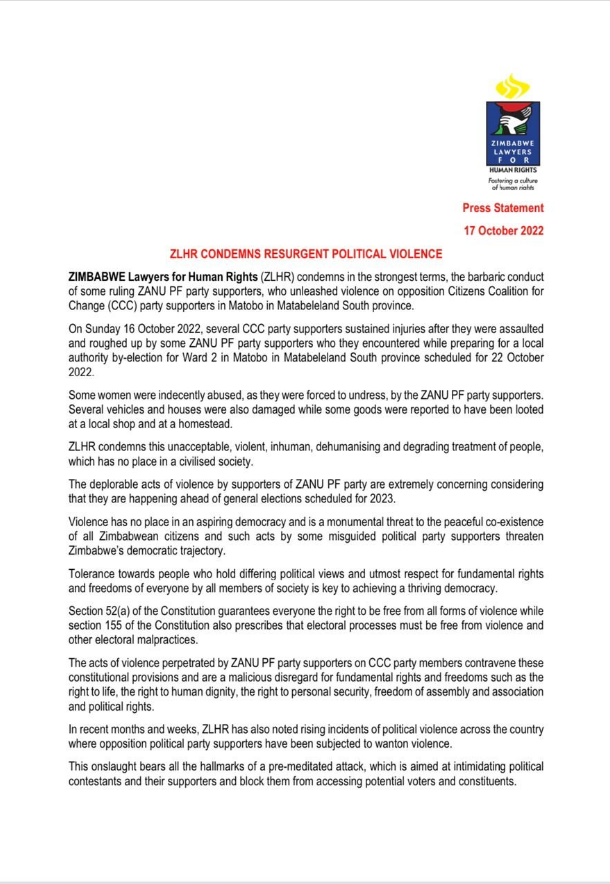 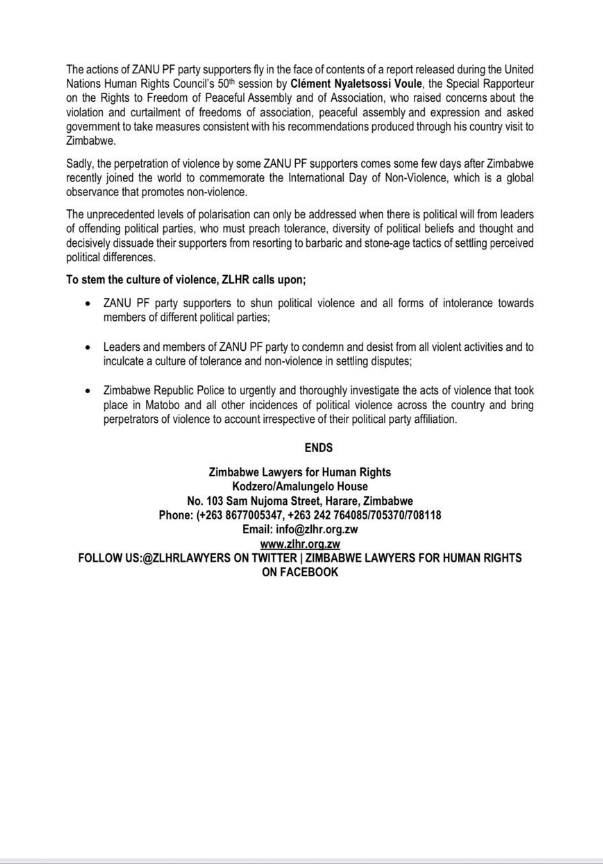 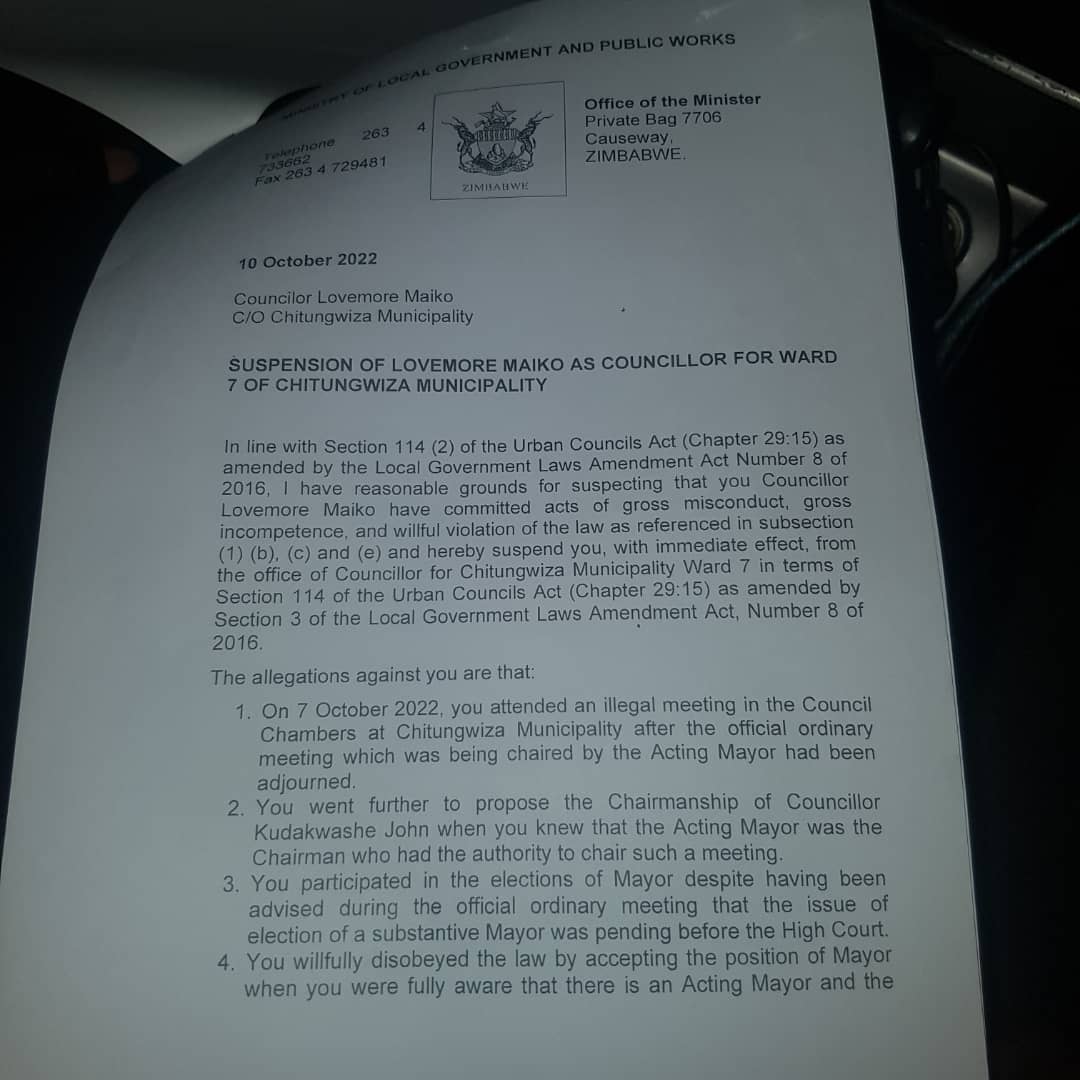 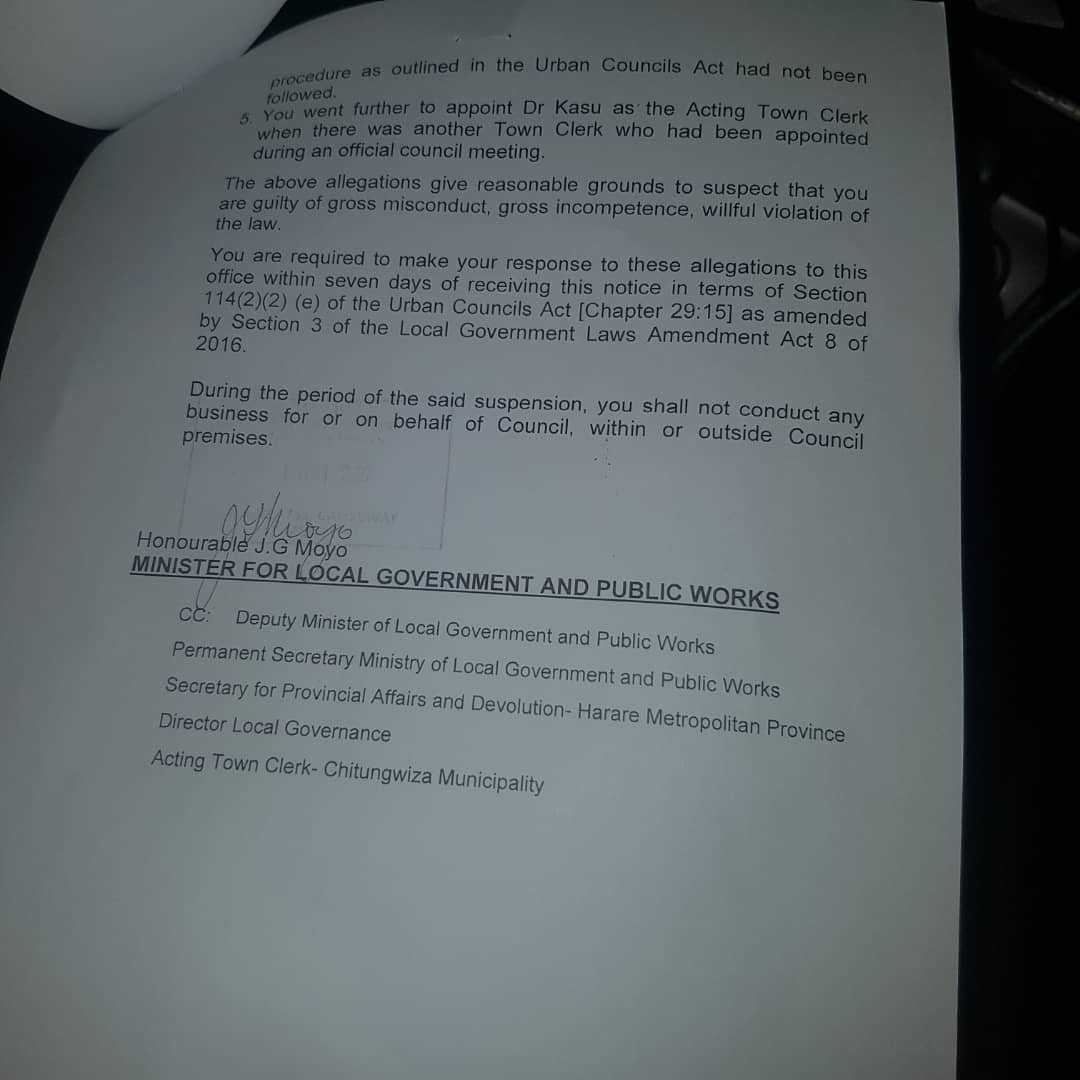 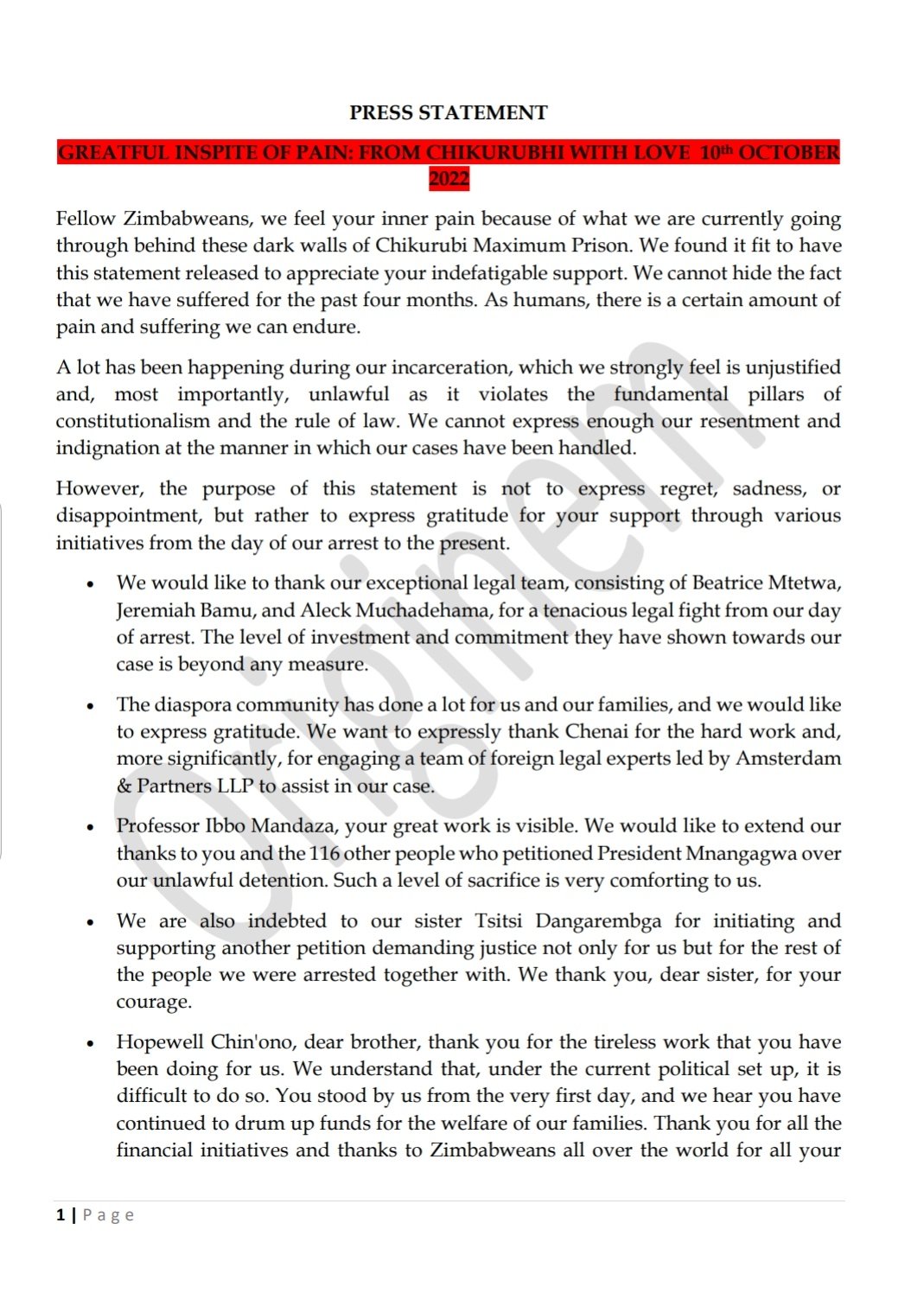 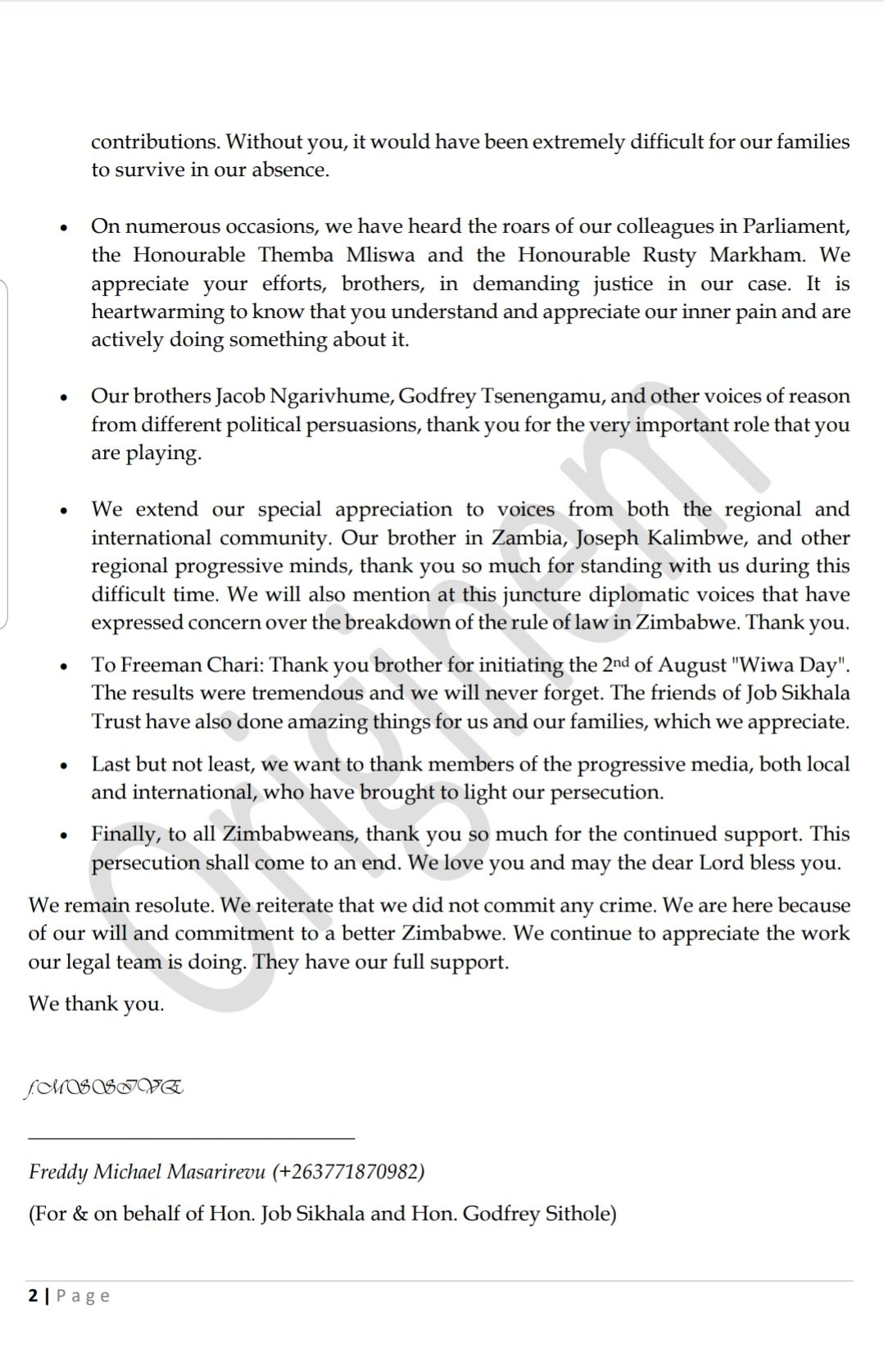 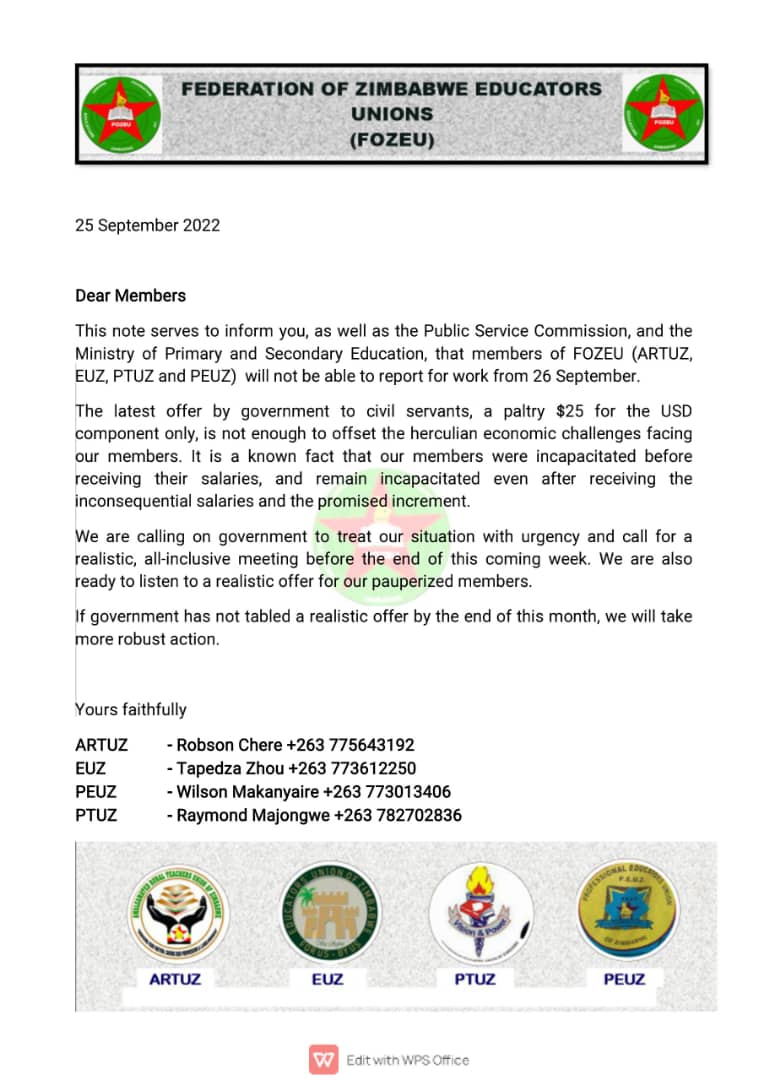 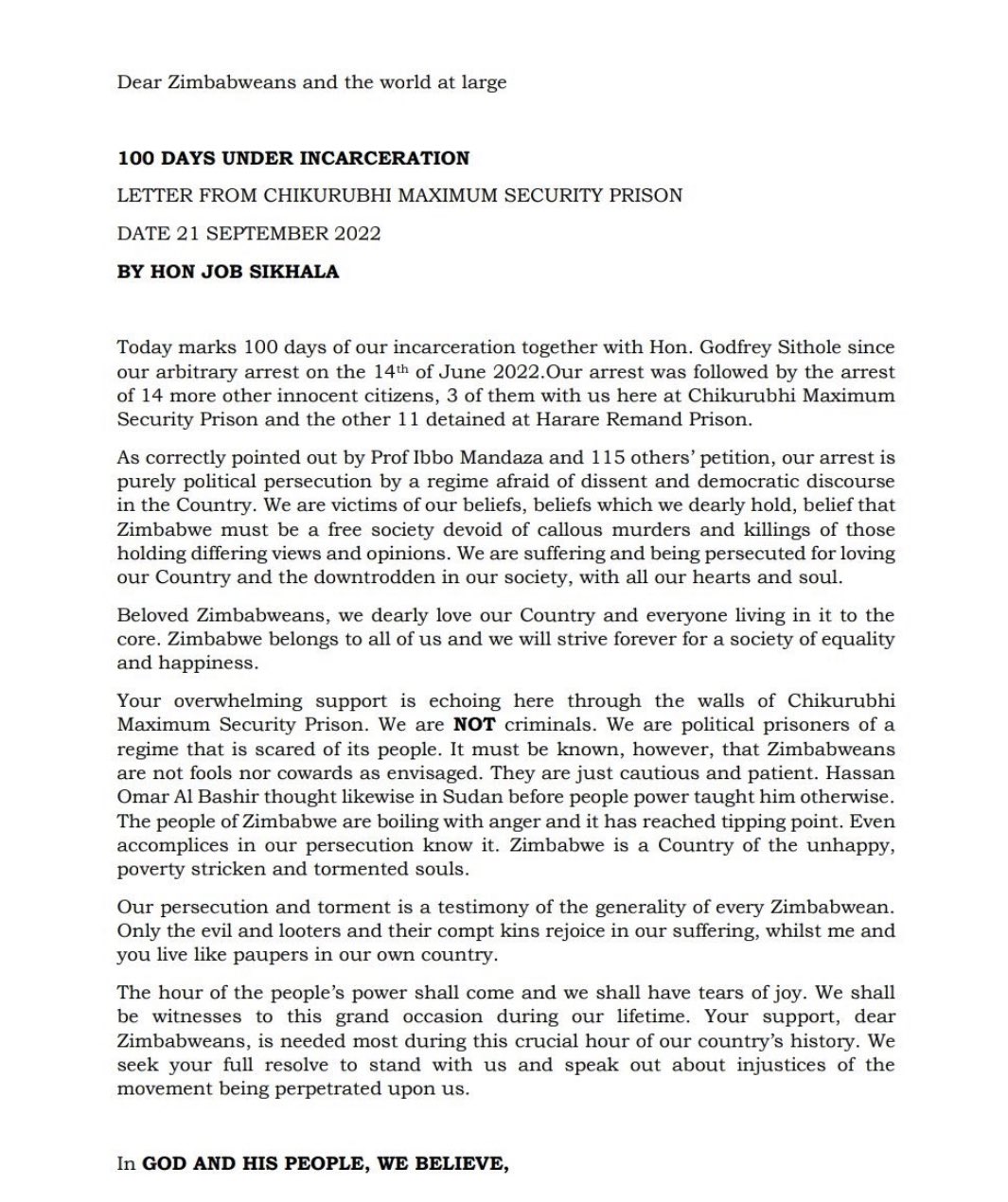 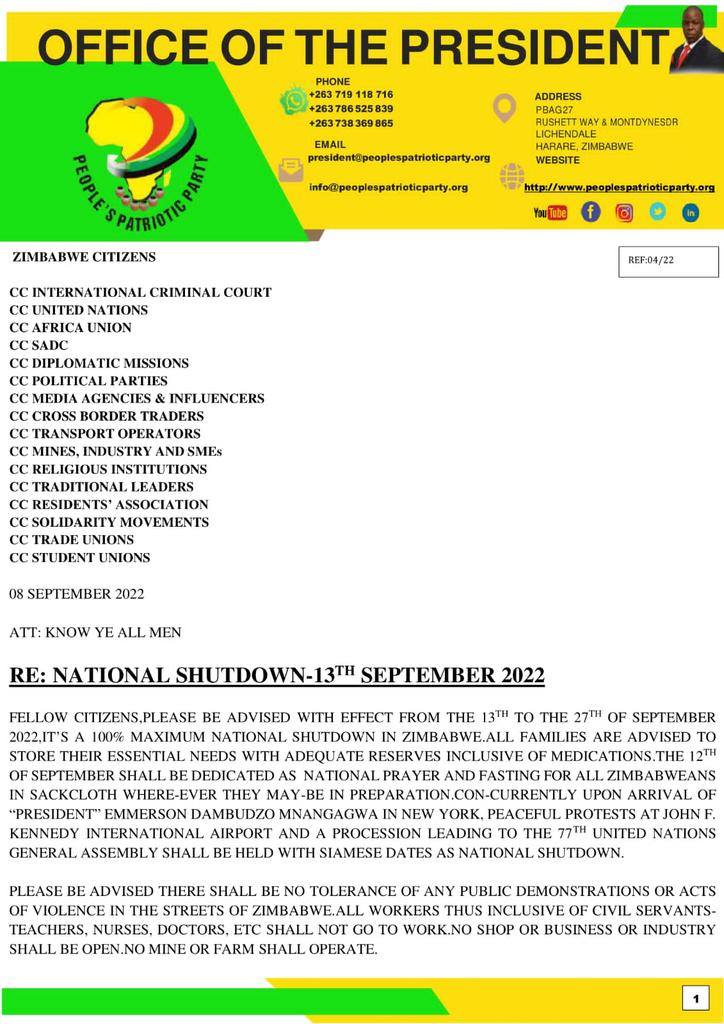 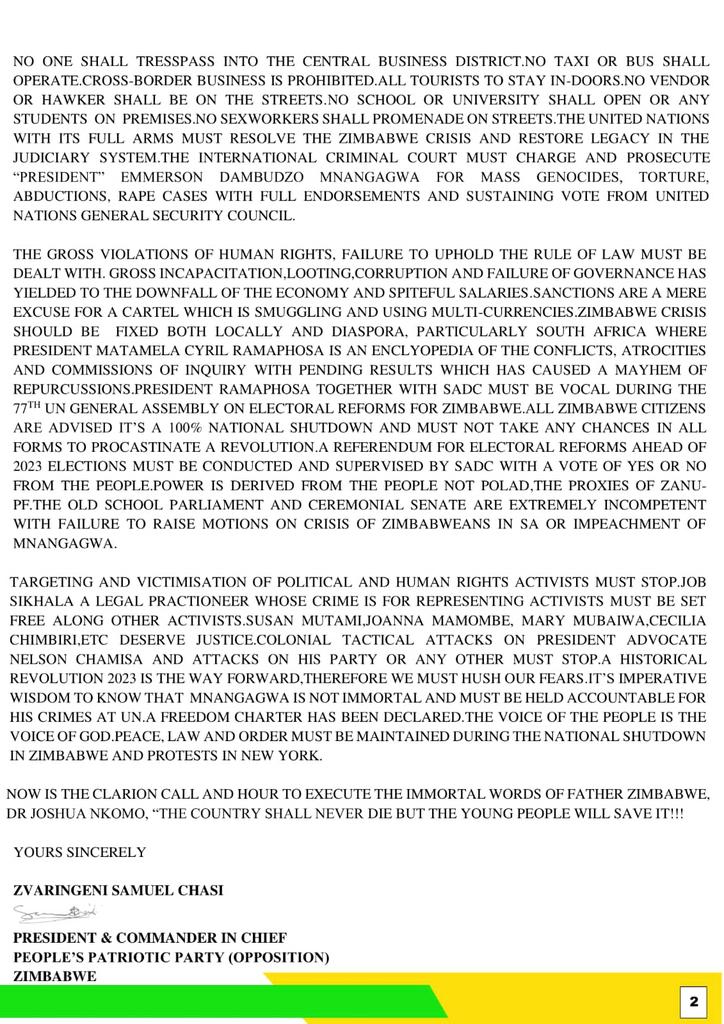 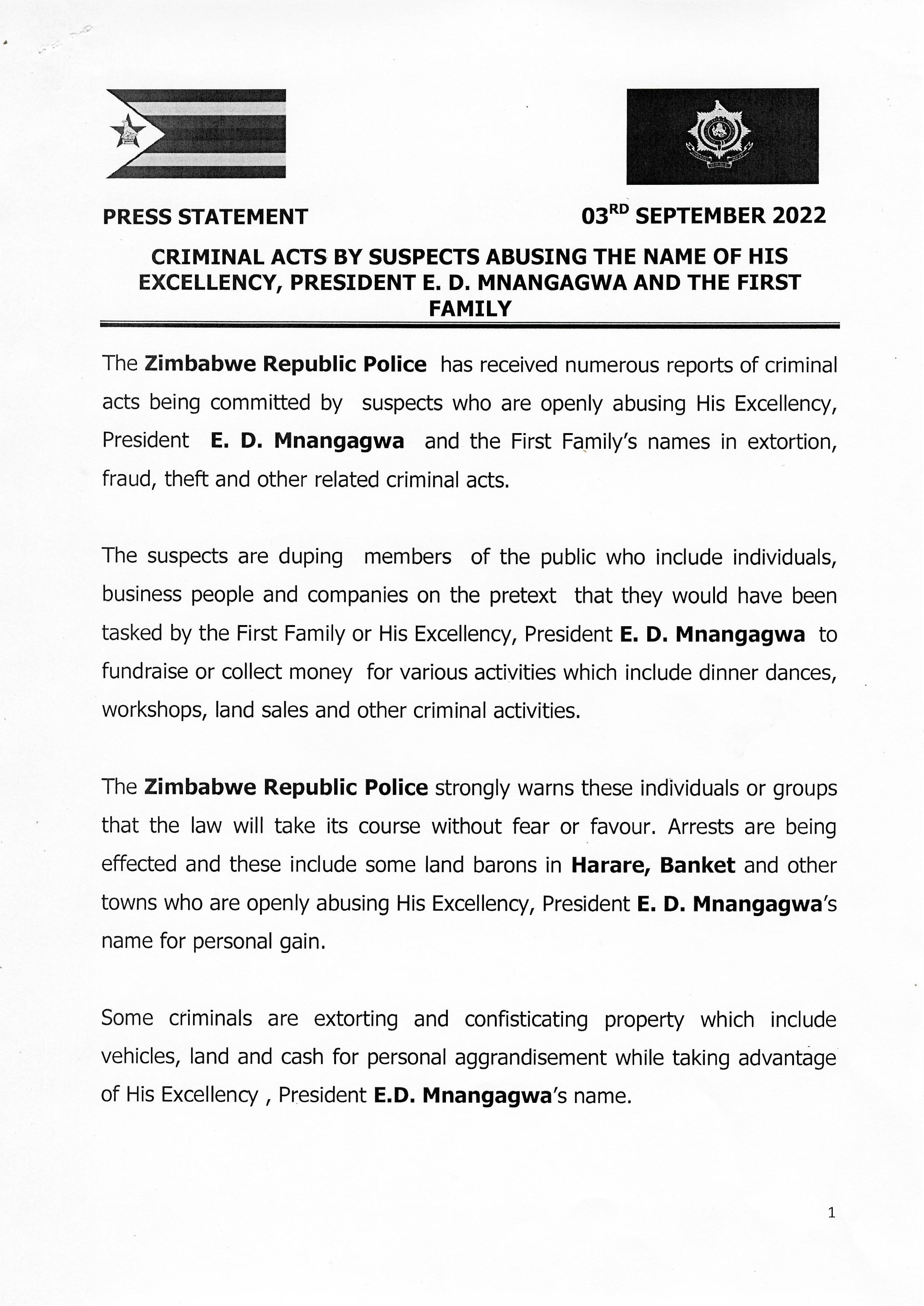 “A strange statement from Zimbabwean police has sparked debate. The police are claiming there are unnamed criminals who are riding on President Mnangagwa’s name to commit fraud and theft. But the time has come for Mnangagwa to explain why he is surrounded by dubious characters. The President’s association with questionable elements must be interrogated in the national interest. It has become not only a risk to national security but tarnishes the country’s image. It also sends a message that crime pays and that proximity to power brings instant riches. From alleged gold smugglers to suspects accused of looting Cottco, there is a common thread: proximity to Zim 1. Not to mention Draxgate and Command Agriculture. It is scandalous that Mnangagwa is seen gladly receiving “donations” at State House from these shady characters” (The News Hawks, 05.09.2022).

It is really unique that the Zimbabwe Republic Police (ZRP) came out with the Statement on the 3rd September titled: “Criminal Acts by Suspects Abusing the Name of His Excellency, President E.D. Mnangagwa and the First Family”. That is what is discussed and rightfully so…

The Second Republic and the New Dispensation have most certainly never been delivered. The whole term of Mnangagwa hasn’t produced anything substantial or worthwhile. The ZANU-PF government has continued their inner-circle corruption, mismanagement and in the open cronyism. The President is in the centre of it and his regime is involved in questionable schemes. That is well known and no one should be shocked by it.

It is a reason why there is no trust from the government to the people. Everyone knows the regime does this and it’s been done for years. Mnangagwa hasn’t started anything new, but just making new ways of the inner-circle to eat. If it is arranging deals which serves his cronies and not the people. Like the collecting trash deal in Harare recently. That is a heist… but that’s how the ZANU-PF operates and it’s well established.

The ZRP can act like we are fools and we are oblivious to the facts. Mnangagwa and his inner-circle is filled with dubious cronies, which are entitled to their money-making-schemes. It isn’t like their wealth comes out of nowhere. That is financed and fixed by the state and they are all accepting it. A smooth operation and kickbacks, which are a crippling effect on the economy. That’s just happens to be one of the reasons why there is a lack of trust and having rising inflations as well.

That’s why the statement from the law enforcement is futile. They think it’s wise and sounds smart. There might be people tricking and scheming without the knowledge of the Office of the President. However, who would spot a difference? It isn’t like the President or his men is pure or have a clean slate. They already have a bad rep and people are playing along with it.

The ZRP cannot absolve him or make Mnangagwa look innocent. Yes, this is a way of publicity and possibly look into people who has fallen out of favours. However, the President and the ZANU-PF can act like it’s all nonsense… but we know what is going on. It is a reason why the ZANU-PF elite is enriching themselves in office and they are living larger than business-men. Therefore, the President knows this too and the ZRP is just being playful here really.

It is really hard to believe and as I earlier said… it is hard to see a difference between possible scammers or the insider-trading/grand corruption scandals involving the President and his men. Peace.