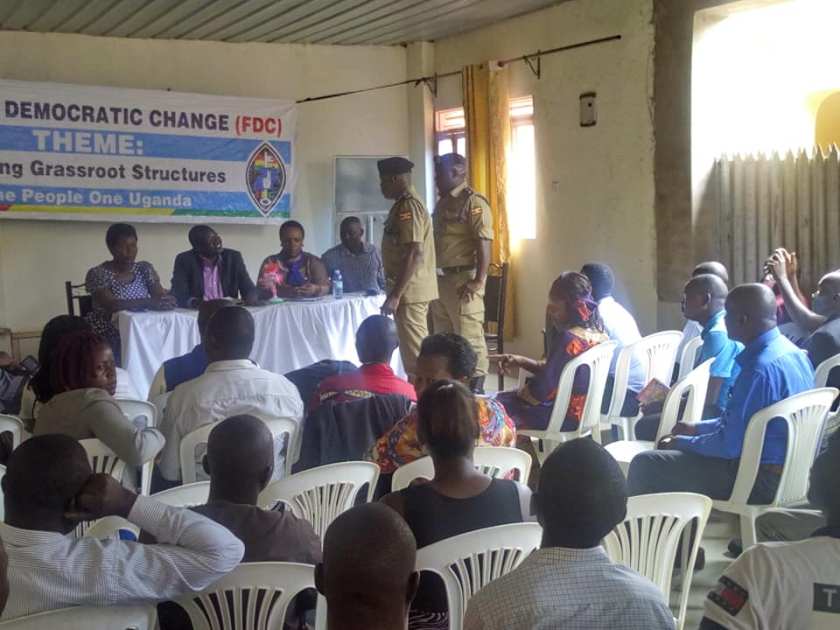 This Uganda Police Force and their cadres got some nerve, there another sacred or anything they cannot touch, which the opposition does. This is well-known trick of them. To show-up with plenty of officers and with manpower. To spread fear and try to block an event. Today, the 1st May 2019 was no different in Hoima.

As the Forum for Democratic Change (FDC) was holding a leadership conference in Hoima. As they have tried to do across the Republic, with more or less problems. Today, the Police Officers even entered the stage where the Secretariat and Central Leadership of the Party was. As they were already gathered and starting to organize the event itself.

This was a regional meeting of the party with the leaders within the FDC in the region of Hoima. The districts and sub-counties of the region. This should easily happen without any interference, as this is not a big public rally or even concert. That they block even before the public are gathering around the venues. Unless, its the National Resistance Movement (NRM) they can do whatever and get away with it. But the FDC have to ask permission to travel into towns, hold leadership conferences, but the regime itself can just show-up without any trouble. Peace.