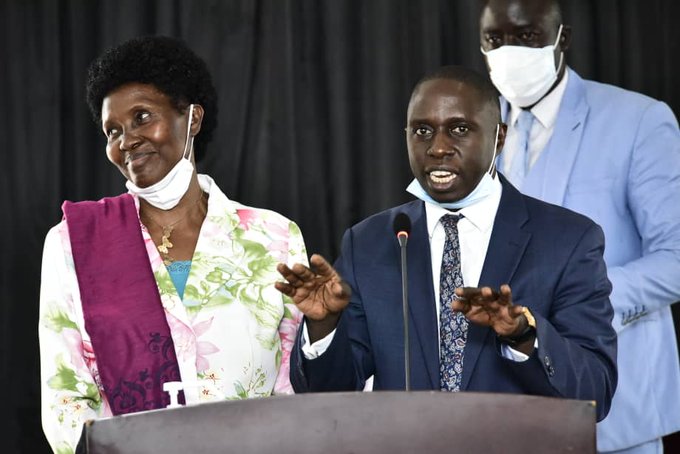 “How can a district with [30000] thirty thousand people have six MPs and whereas in Kampala and Wakiso areas counties are populated yet they are not considered in this new move of creating counties, he questions the yardstick used by government to create new counties…” – Muhammad Nsereko (30.07.2020 in Parliament).

As there is new cities, 46 counties and new woman representatives coming to the 11th Parliament. The capital is clearly left behind. As there are a lack of representation in consideration to how other districts and counties are carved up. That is easy to see and not quell over.

Nsereko MP is right in his argument, but is this how things needs to be? A republic that has added 208 MPs in Parliament since 2006 and will have 527 MPs in the 11th Parliament from 2021. So, there is managed stretch of representation from various parts of the Republic. Where some are so have plenty more MPs than others.

That Kampala is left behind isn’t shocking, neither would it be in Mukono or in Wakiso too. If you look at population and amount of MPs it is easy math. As there are smaller constituencies and not as populated as some divisions and wards in Kampala. That is all natural, but are a simple reason for it too.

The opposition are usually supreme in Kampala. The opposition have a stronghold here and the President and the Movement would be reluctant to give more power to the opposition in Parliament. They rather carve out districts and counties where they would get more MPs themselves. This is why Kampala also is left behind.

National Resistance Movement are doing this all in areas where they know they can get MPs and more representation. They are not willing to do this. If you remember back in 2016, in the general election. The Electoral Commission and polls was later in the capital, even postponed a day, as the voting material was not delivered in time to the polling stations. So, its not like the state is doing the capital any favours.

We can anticipate the similar fashion in 2021. Sure, if the capital had similar representation as some smaller constituencies. It would have like 20 or 25 MPs or even more. As it has 9 in total today and Nakawa carved in two, making it an even 10 MPs from Kampala. With 15 more MPs, the Parliament would be at the extra-ordinary number of 542 MPs. This shows why this is a foolish game and just toying with expenditure of the state. Where they are just adding additional expenses without any added revenue. The amount of additions to the next Parliament is ridiculous.

Like I stated and I understand the argument of Nsereko MP. His right in his statement and there is no redemption there towards the ones who carved out the other counties to add MPs. However, the state doesn’t need another 15 MPs from Kampala either. No one wins on that. Yes, you create more seats and some people get a bigger voice in Parliament. However, the Parliament is already overstretched and this will just be an added burden.

I don’t see anything positive with the additions already made and clearly will see that with adding MPs from Kampala too. There is a need for restructuring, but not carving out more and making constituencies smaller everywhere. This is also true in regard to Kampala. The whole system needs new tools and this way is only ceasing to make sense and creating make-belief counties to get “men of honour” elected to Parliament. Peace.