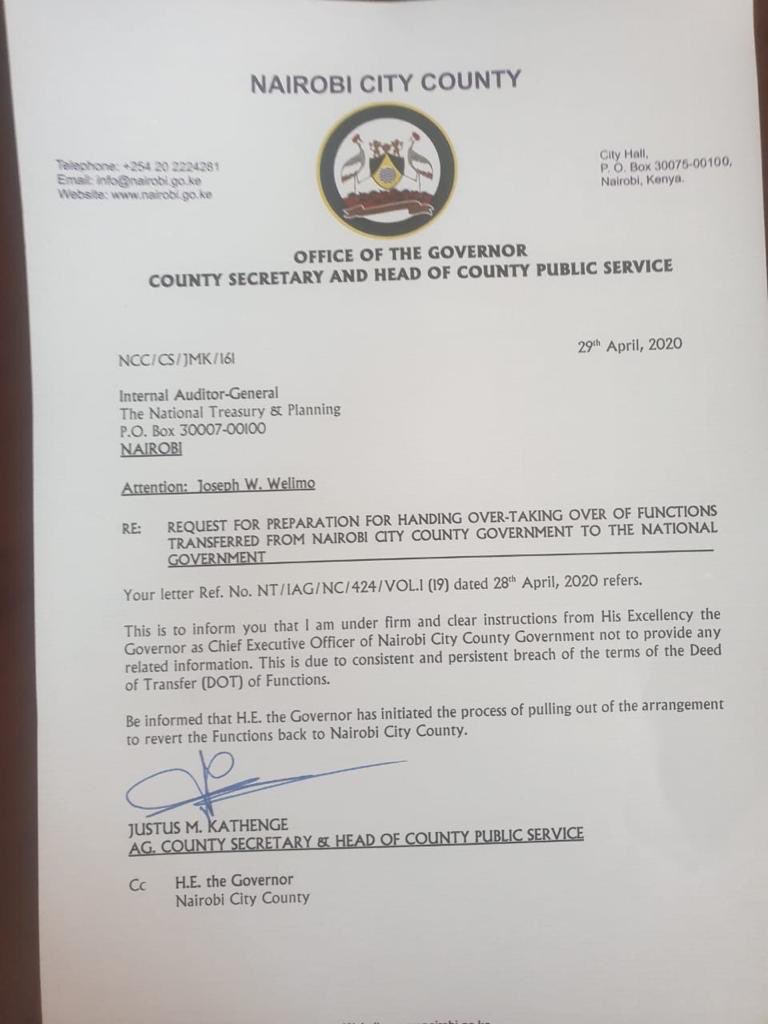 Well, the man of Hennessey and Chaos. The man of dodgy history, electoral blunders and possible graft. The man of weird public addresses and also even more flamboyant outfits. The one and only Nairobi Governor Mike Sonko is back-at-it.

The man who signed of several of functions to the state on the 25th of February and gave it away at the State House on the 18th of March. Instead of getting impeached or even continued trial on the charges put on him at the end of last year. Just like that it went away, as the President didn’t need to have votes against in the county or get him impeached. Therefore, instead the President ushered in a trusted Major General Mohammed Abdallah Badi. Who would carry the tasks that wasn’t for Sonko anymore.

Now today on the 29th of April. Suddenly, the administration of Sonko is back-peddling the affairs. They are initiated that the functioned for the appointed Major General are turned back to Sonko. A Sonko whose still not allowed by the Courts to appoint a Deputy. The same man who is on public display behind the President and if not his doing something ridiculous.

I’m just awaiting him striking back with a stingy dance, filled with all his bling-bling and sell his bling-bang. He will go full circle, show all his true colours and schemes. Ensure that he gets his power back. While certainly the State House will not accept that. As they did a merciful thing earlier in the year. As he have not continued the cases against him and not caused more trouble.

Instead Sonko is a free-man, enjoying the perks of the office and being in the public eye. Even as the grand corruption is hanging over him. Not that it has bothered him much. He can still buy Hennessey and tell some good stories on the radios.

So for now, Mike Sonko is not giving way. He is shooting back and wanting the whole throne. While that might even end up Dethroning him. As the State House and allies either will impeach him and have a unwanted by-election. If not, they will force him to loose the strings and back-off, with the fear of possible retaliation. Which the Governor don’t want to see.

The governor better drink his whiskey and back-off. This is not his game, he gambles and he forgets that the [State] House always wins. Peace.