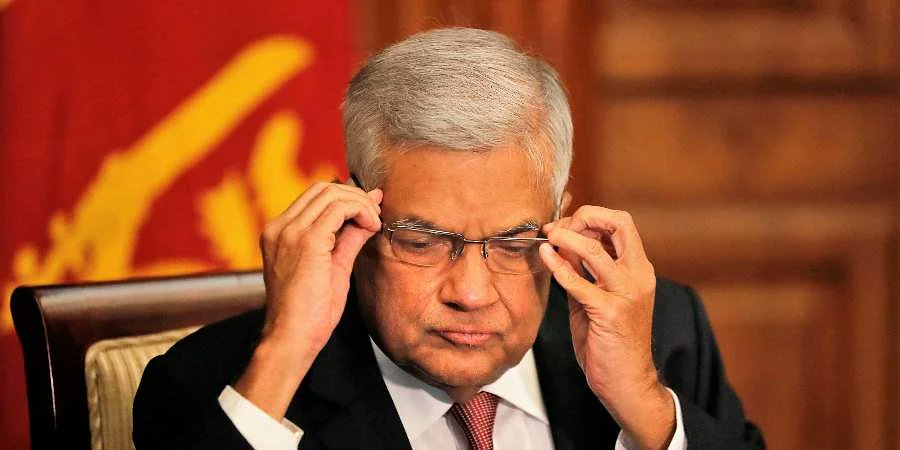 The interim and temporary President Ranil Wickremesinghe, the six times Prime Minister and saviour of the former exiled President Gotabaya Rajapaksa was sworn in tomorrow as the President of Sri Lanka in Colombo. This is happening as the social upheaval is still occurring. The curfews and the orders of not assembling is still in action. Therefore, things are not smooth sailing.

The newly anointed President will not have it easy. People asked for this man also to step down. Because him, his party Sri Lanka Podujana Peramuna (SLPP) and United National Party (UNP) worked together in the newest coalition, which has wrecked the economy. These two parties has combined and with their financial measures destroyed the economy. They have ensured a total rot and destruction of the finances. That’s why the people did oust Rajapaksa who is currently in Exile in Singapore and some warned that he would go to the Maldives. However, his fate is far from sealed yet and his not welcome in Singapore anymore, which was reported about today.

With that in mind and with the lack of concern, the former Prime Minister has been sworn in by the Parliament. The former PM is far from beloved and a character the public trusts. His not the sort of politician or honest actor. No, he has been able to survive the storm before and get on top. This time around might be different.

Wickremsinghe is taking an office and rank, which isn’t really his. The people want him and his party gone too. That’s why they are in this mess. Both ruling parties is at fault and their majority has created the quagmire. It isn’t like the PM worked in a vacuum. No, he was a part of the government that took the loans and secured the destructive debt, which is now wrecking havoc on the island nation.

The former PM has gotten a mandate to November 2024, but will he last that long? Does he believe he can get away with this alive? Since, there was a reason why his predecessor was ousted. He will not have long time, if any to solve things. The former PM cannot executive order himself out this one. No, he has to challenge the Gods and proves his stamina.

This time around he cannot bash in cars, luxurious items and live lavish. No, this time he has to govern and properly too. Not just run-of-the-mill, my time to eat sort of vibe. That will not work. Yes, the Parliament has vouched for him and given him a mandate. However, what is it worth when nobody really trusts you or wants you there?

His task is not only a challenge of a lifetime, but the lack of confidence doesn’t make it feasible either. It wasn’t like he won a landslide in Parliament even. The mandate he has now is only because no one else has a semi-popular stance in the National Assembly. It isn’t like the people cares about him or his office. No, they want him in exile too. His a part of the problem that was created in the first place…

That’s why Ranil Wickremsinghe gamble might destroy him. Just like the ones who burned down his house. His maybe getting a title and getting sworn in. However, that will not be for long and how can he last… when he has no standing or the people behind him. That’s the gist here…

The leader and successor of the exiled President should be a man of confidence and trust. Nevertheless, Sri Lanka is getting the opp 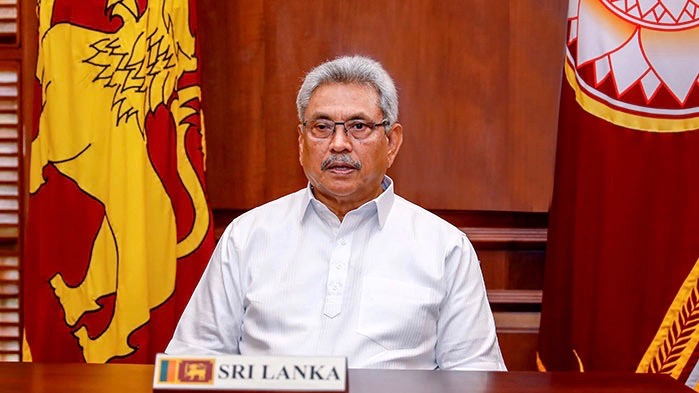 “PM Ranil Wickremesinghe has told the Party Leaders that he is willing to resign as PM and make way for an all-Party Government to take over” (Voice of Sri Lanka, 09.07.2022).

“President Gotabaya Rajapaksa has informed speaker that he will resign from the Presidency on the 13th of July 2022: Speaker Mahinda Yapa Abewardene” (Voice of Sri Lanka, 09.07.2022).

“Minister of Transport and Highways/ Minister of Mass Media Bandula Gunawardena says he would resign from ministerial portfolios and SLPP. He is to remain independent in Parliament” (Voice of Sri Lanka, 09.07.2022).

Today in Colombo there has been mostly peaceful protests. Where they have gone into official residences of the Prime Minister and the President. They also entered the Central Bank of Sril Lanka. This is all happening because the current political leaders and leadership has bankrupted the nation. They have issued loans which I cannot honour. The nation has defaulted on the loans taken outh by China, as a part of the Belt Road Initiative (BRI) and with that ceased control of Hambantota port as collateral for the loans.

The Sri Lankan government has failed and been handing the financial distress wrongly. That’s why there is fuel shortages and a rising inflation. Which is hurting the citizens pockets on the regular. They are hurting while the police elite has enjoyed the perks of life. The politicians and high ranking officials has been living in huge mansions. While the citizens couldn’t afford basic necessities. That has all happened because of the choices their leaders have taken over time.

“What is causing the problems in Sri Lanka? Let’s the identify the root causes and find solutions. Corrupt politicians, incompetent politicians are not the root cause. They are the expressions of underlying problems” (Rise Sri Lanka, 09.07.2022).

The political elite and the corrupt officials, which has reigned this system has ensured this all to happen. They have certainly caused this. The ones who has been leading the deficit financing and created the debt trap, which is now destroying the economy. The collapse of the economy is all on them. As the citizens didn’t take up the loans and they aren’t the reason for the defaulting on them. No, that’s the high ranking officials fault in all of this.

The Sri Lankan government has had unchecked corruption, reckless populism and unviable “white elephant” projects. This is the main reasons for the downward spiral of the economy. The ones to blame is the ones who is resigning, but also the rest of the Parliament who allowed it to happen. They didn’t stop or challenge the financial implications or the use of funds. No, they let it all go and now everyone has to suffer.

What is happening in Colombo and in Sri Lanka is a symbol of how the rich misuse the economy and tanks it for their own benefit. As they act as untouchable and believe in their own hype. However, the power of the people and the pressure the crowds can do. Is just tipping the scale in such a way. That their words and empty promises got nowhere to go.

The political elites of Sri Lanka shouldn’t sleep silently tonight. They should try to find a way out of this mess. They should find solutions and ensure an economic recovery. These are the ones behind it all and they should be held accountable for it. They have destroyed the island nation and now everyone has pay for it. Peace. 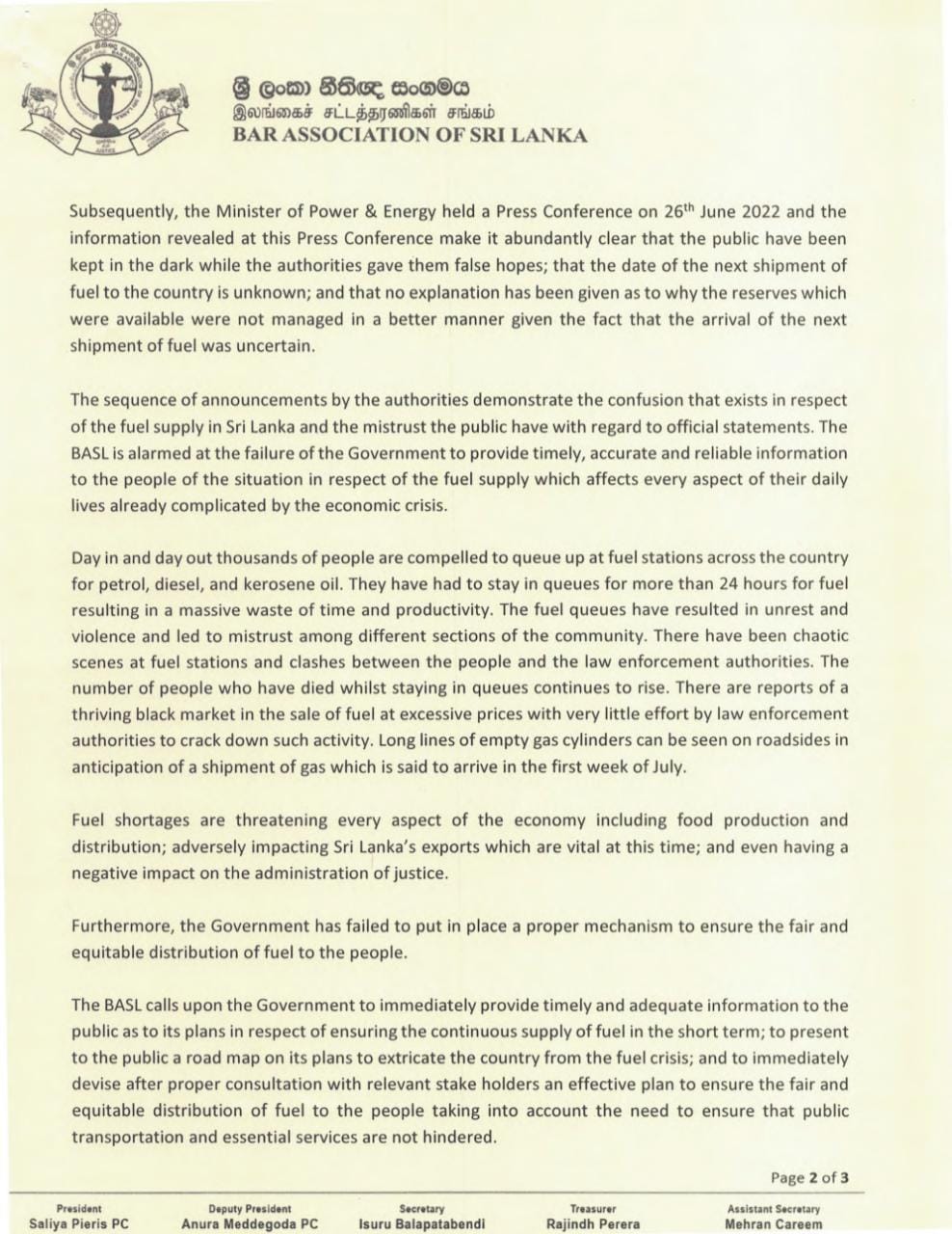 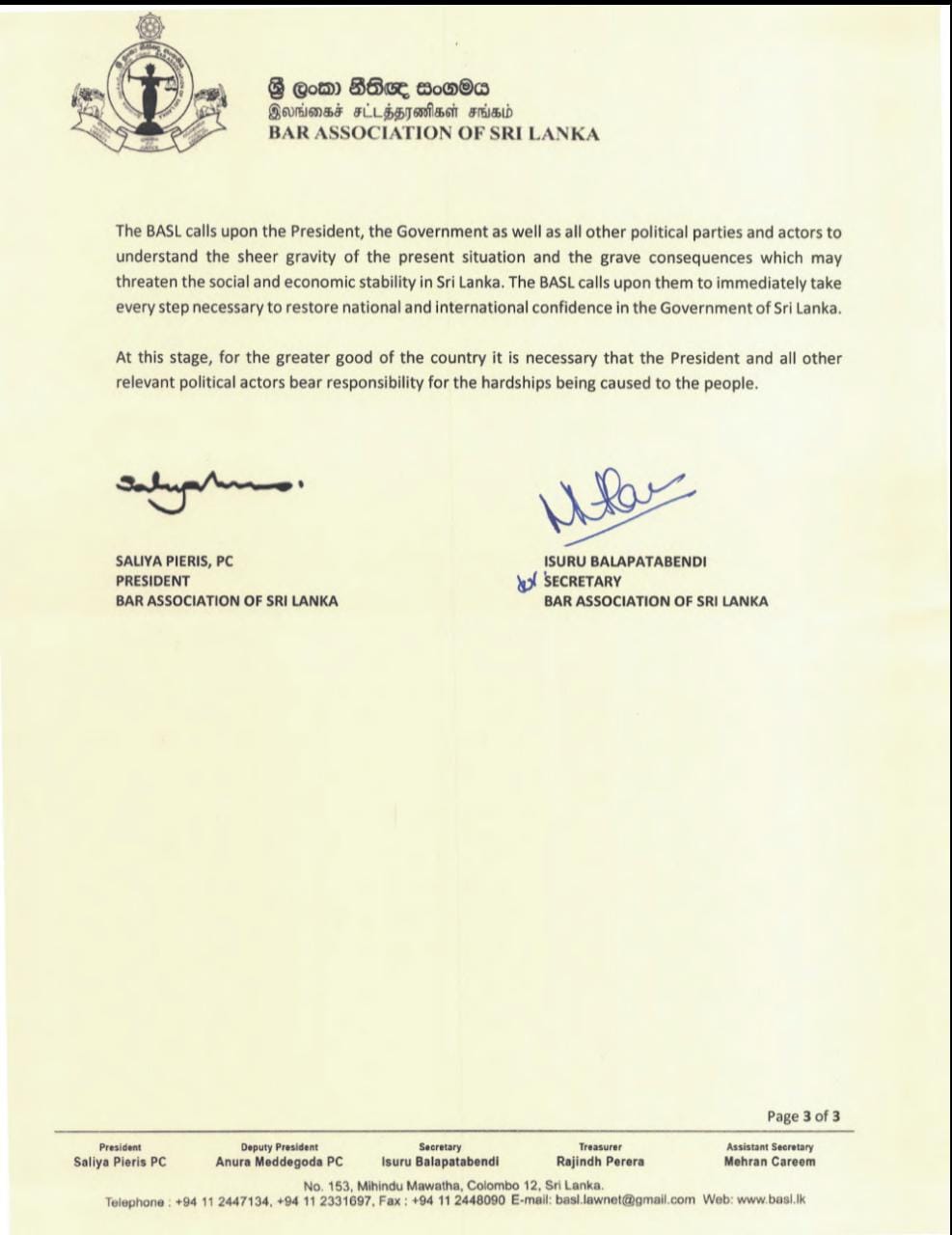