Archive for the tag “ZIMTA”

Zimbabwe: Press Statement by the Chief Secretary to the President and Cabinet, Dr. Misheck J M Sibanda on Redeployment of Senior Military Officers to the Diplomatic Service (18.02.2019) 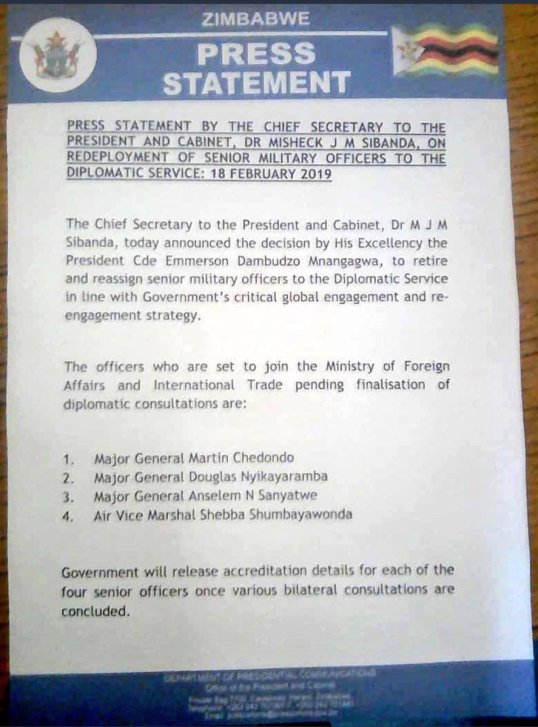 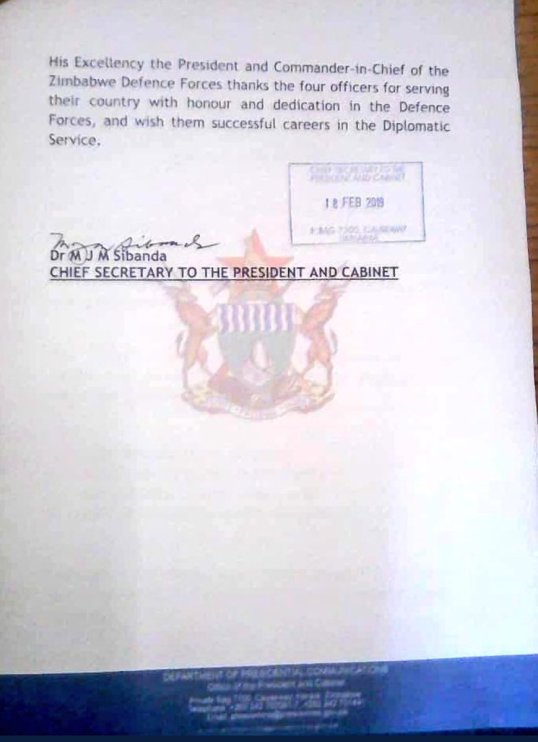 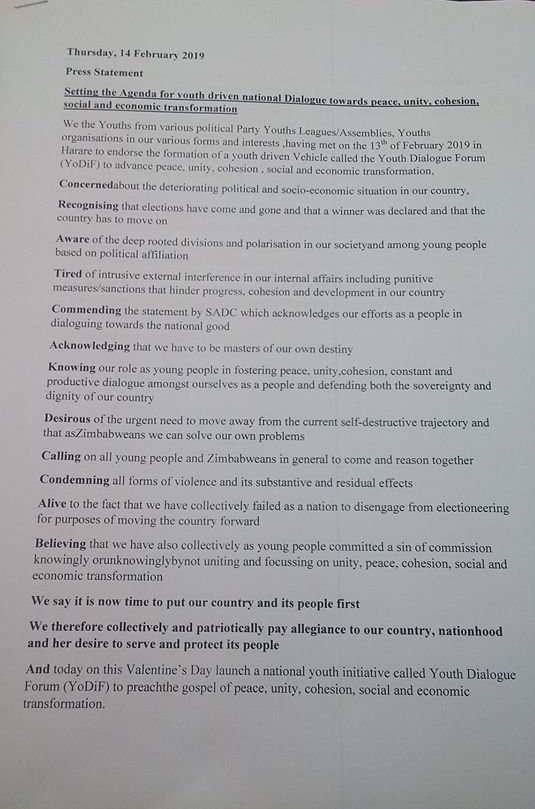 Zimbabwe: SAPSN – Open Letter to the SADC Chairperson in Response to the Statement on the Political and Socio-Economic Situation in Zimbabwe (13.02.2019) 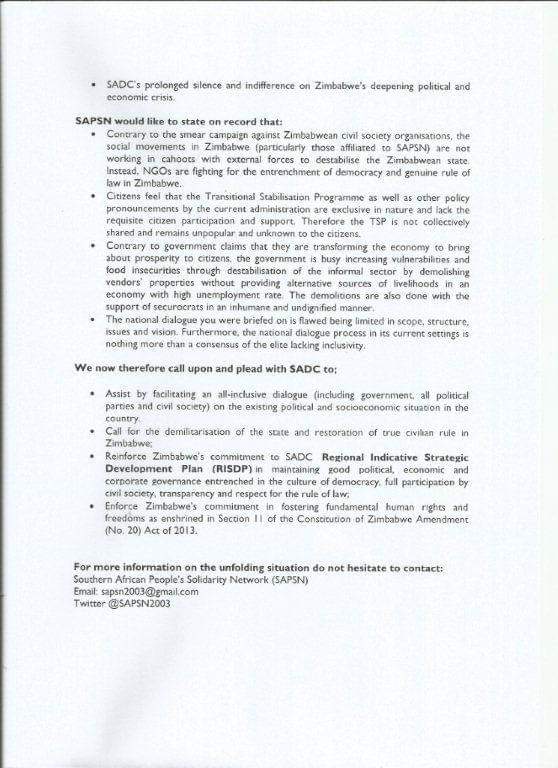 SADC: Statemnent by the SADC Chairperson, His Excellency Dr. Hage G. Geingob, President of the Republic of Namibia, on the Political and Socio-Economic Situation in Zimbabwe (11.02.2019) 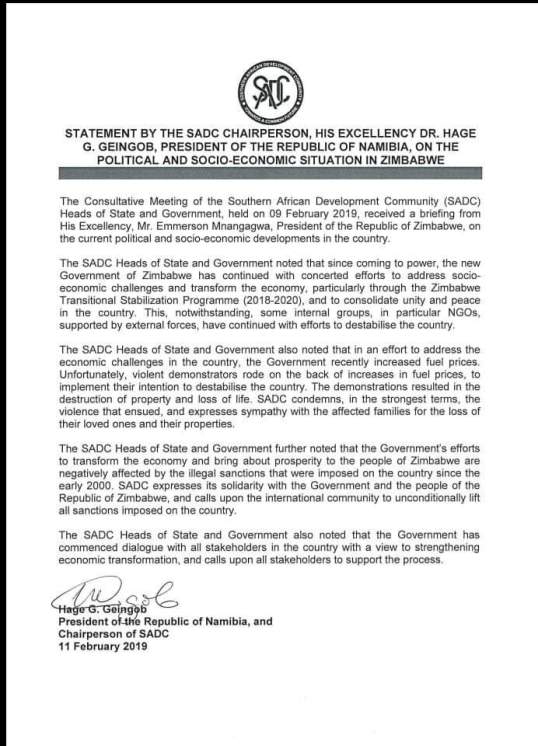 Opinion: Mnangagwa’s France24 Interview is spin out of control!

“Regime change is the better word it is a regime change agenda, which is not new …which has been a phenomenon visiting Zimbabwe throughout the last 18 years” – Emmerson Mnangagwa, (10.02.2019)

President Emmerson Mnangagwa at France24 TV Interview on the 10th February 2019 is now showing the true capacity, the ability and the spin, that the President is busy doing. That Zimbabwe African National Union – Patriotic Front (ZANU-PF) is busy trying to change the narrative is natural. That the President want to spin and control the news is also natural. Still, that doesn’t make his stories true.

That the President, who knows perfectly well, what the army and police has done. A President that did the crackdown on the civil societies, the opposition and civilians as a result of the shutdown. The brutality and atrocities, where the amounts of dead, amounts of people shot, detained and even harassed, the rapes and whatnots has shown the sinister side of the ZANU-PF reign. However, he wants to act like it is cool and dandy, that the men and woman, who fears the authorities, are supposed to post-up at the Police Station and deliver evidence of the brutality and if they don’t. then it doesn’t count. That is initially, what the President said in his interview.

It is like he is saying, the dead isn’t deceased, since it isn’t recorded. The dead, the ones who is buried, he doesn’t have faith in it. Just like he claims the rapes are staged woman who play for the NGOs and the Foreign Media, Social Media to be paraded. That is the Executive, that is the Head of State, that is the man, people are supposed to look up to is saying. The man that is supposed to shelter and secure the rights of these people. Instead the digs their grave, spit on their weak bodies and says he needs proof. That is the sort of President Mnangagwa is.

It is just sickening, how somebody can try to spin these tragedies and these actions against civilians. Certainly, he would not recall or recollect those acts. As he was busy flying in Eastern Europe, before returning home before his scheduled Davos trip. However, it still appeared, the stories and videos have been leaked. The show of aggression in midst of a media blackout, have shown the sinister acts of ZANU-PF. Even if the President tries to overshadow and look smart.

Instead, he looks like a man, who tries to play smart to Foreign Media, but falls flat. As he serves propaganda, dances on the dead bodies and the ones hurt by the crackdown and grins, as if it was nothing to begin with. That is how it look. That is what it seems and it’s beautiful.

No, it’s ugly and despicable. Mnangagwa are maybe able to fool the naïve, the ones who is not bright and the ones who eat the whole Kool-Aid. The ones who is not lost in the PFee will see past this, as we remembered the reports, the videos and the leaked stories. They are not fairy tales, but sad stories of today’s bleak reality. Peace.

Zimbabwe: APA – Dr. Nkosana Moyo’s Statement on the Discussion of a Framework for Post Election Dialogue With Political Parties (10.02.2019)

RioZim Limited: Press Release – Regarding the Failure by Fidelity Printers and Refiners (Private) Limited (A Subsidiary of the Reserve Bank of Zimbabwe) to Pay Foreign Currency Nostro for Gold Delivered (08.02.2019) 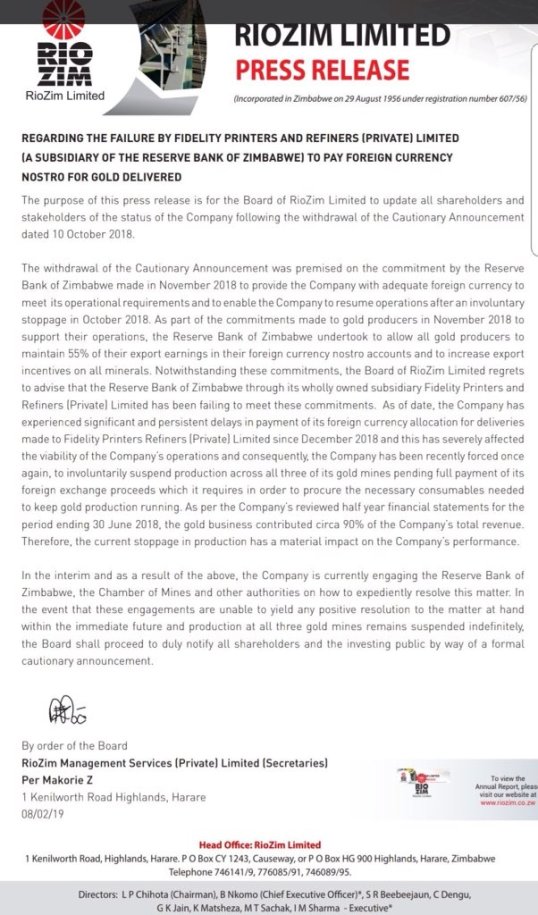 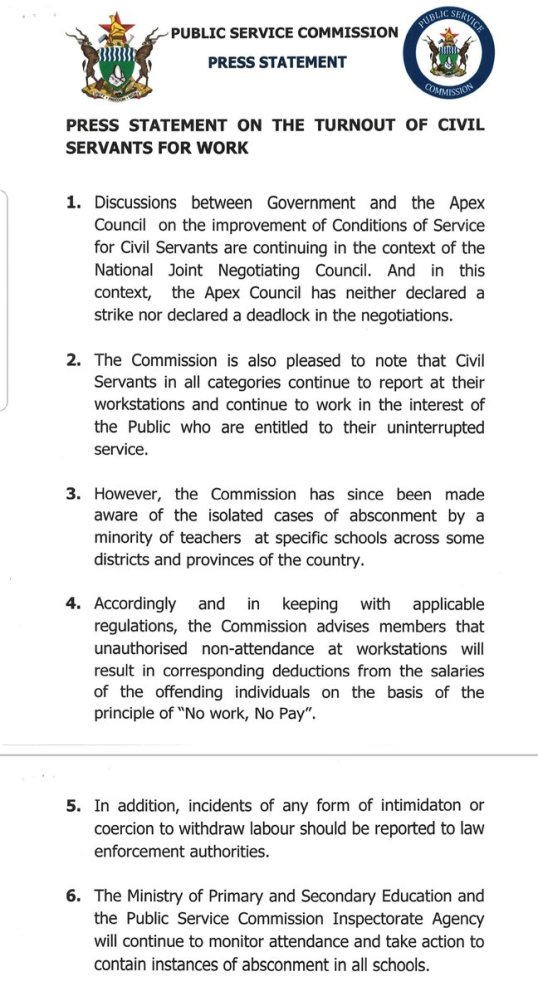 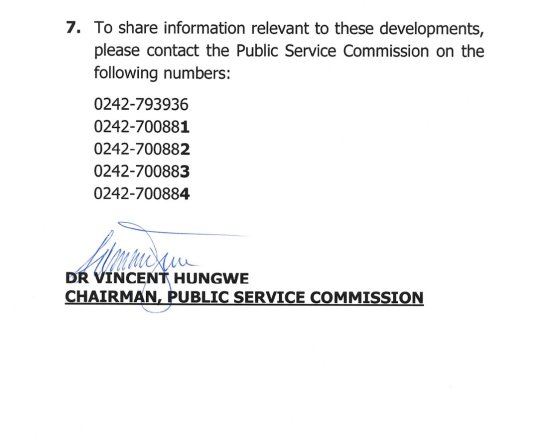 Section 210 of the Constitution not Implemented

Section 210 of the Constitution provides for the investigation of complaints against the security services [i.e. the Police Service, the Defence Forces, the State intelligence services and the Prisons and Correctional Service].

The section reads as follows:

“An Act of Parliament must provide an effective and independent mechanism for receiving and investigating complaints from members of the public about misconduct on the part of members of the security services, and for remedying any harm caused by such misconduct.”

Nearly six years after the Constitution came into force, no independent mechanism has been established in terms of section 210.

In 2015 Veritas instituted an application in the Constitutional Court [Mahiya v Minister of Justice & Others CCZ 42/2015] calling on the government to implement section 210 by gazetting a Bill to set up the independent complaints mechanism envisaged by the section.  The application was heard in January 2016 and the Bench seemed to be sympathetic with the applicant’s case.  The Court adjourned the hearing, however, without delivering a judgment or making an order on the application.

Nearly three years later we are still waiting for the Court’s decision.

The government’s inexcusable delay in setting up the independent complaints mechanism, and the Constitutional Court’s inexplicable delay in ordering the government to comply with section 210, have seriously prejudiced countless people who were unable to get their grievances against the Police and Defence Forces properly investigated.  The need for an independent complaints mechanism has been thrown into sharp relief, first by the events following last year’s election, and recently by the suppression of last month’s protests.  People were killed by soldiers and police officers, and there have been allegations of rapes and beatings on a shocking scale.  All these cases need to be investigated so that the perpetrators can be identified and, where appropriate, punished.  Victims may be reluctant to approach the Police to lodge complaints against police officers or army personnel, and even if they do the Police may be reluctant to investigate their complaints.

What is needed is an independent body which the public can trust, to receive complaints and ensure they are properly investigated and followed through.

In regard to trust, none of these agencies shows up very well:

The Police and Defence Forces themselves have admitted that they have “bad apples” and “criminal elements” among their members.  A proper complaints mechanism would help them weed out members whose misconduct tarnishes the reputation of the rest, and would give us security services of which all patriotic Zimbabweans can be proud.  Establishing such a mechanism might also assist the government in engaging with the international community.

There is a crying need for the Police and the other security services to be more accountable and responsive to the public.  Establishing one or more independent complaints mechanisms is an important way to achieve this.  That is why section 210 of the Constitution was enacted.

Nearly 2 000 days have passed since the Constitution was enacted.  If the government had started drawing up a Bill to implement section 210 of the Constitution and its legal drafters had written just one word each day, there would be a perfectly adequate Bill ready to put before Parliament.

Just over 1 120 days have elapsed since the Constitutional Court heard the application brought by Veritas to compel the Government to implement section 210.  If a judge had written just one word of a judgment every day since then, there would now be a perfectly respectable judgment ready to be issued by the Court.

Instead there is nothing.  The cries of the victims go unheard