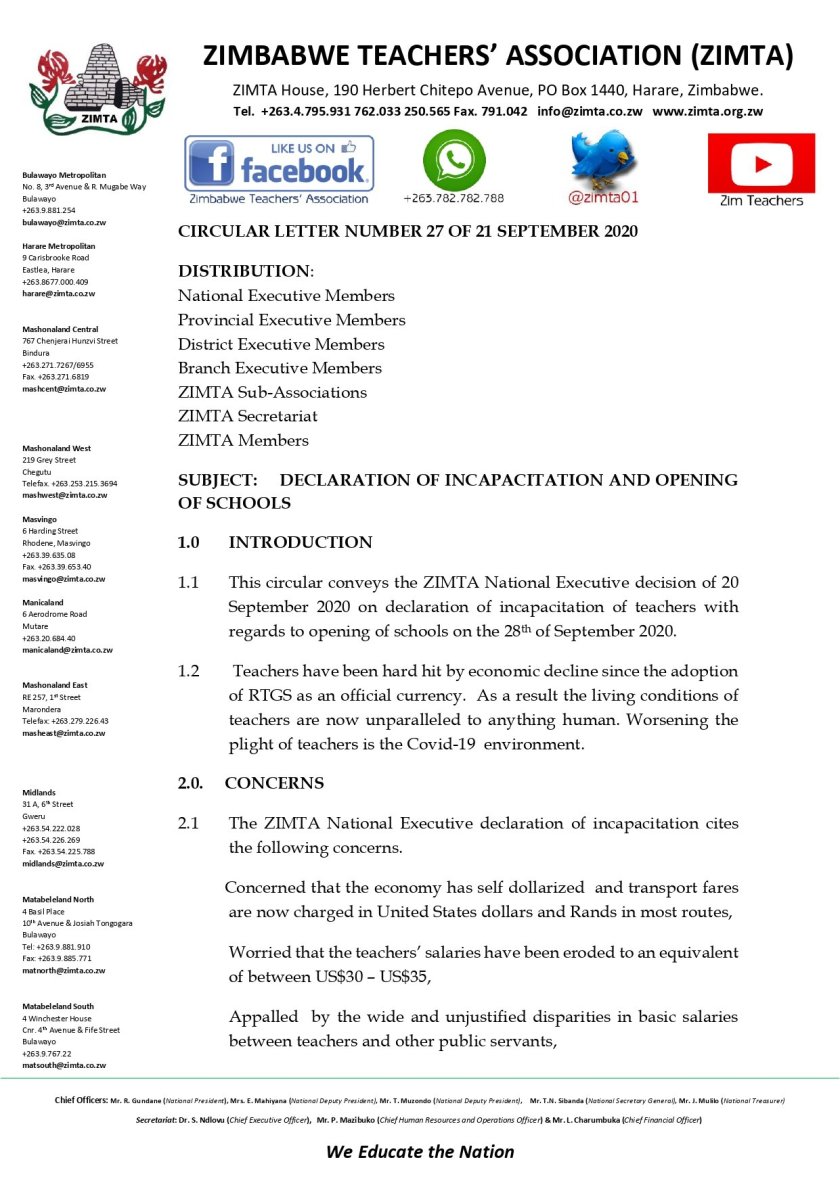 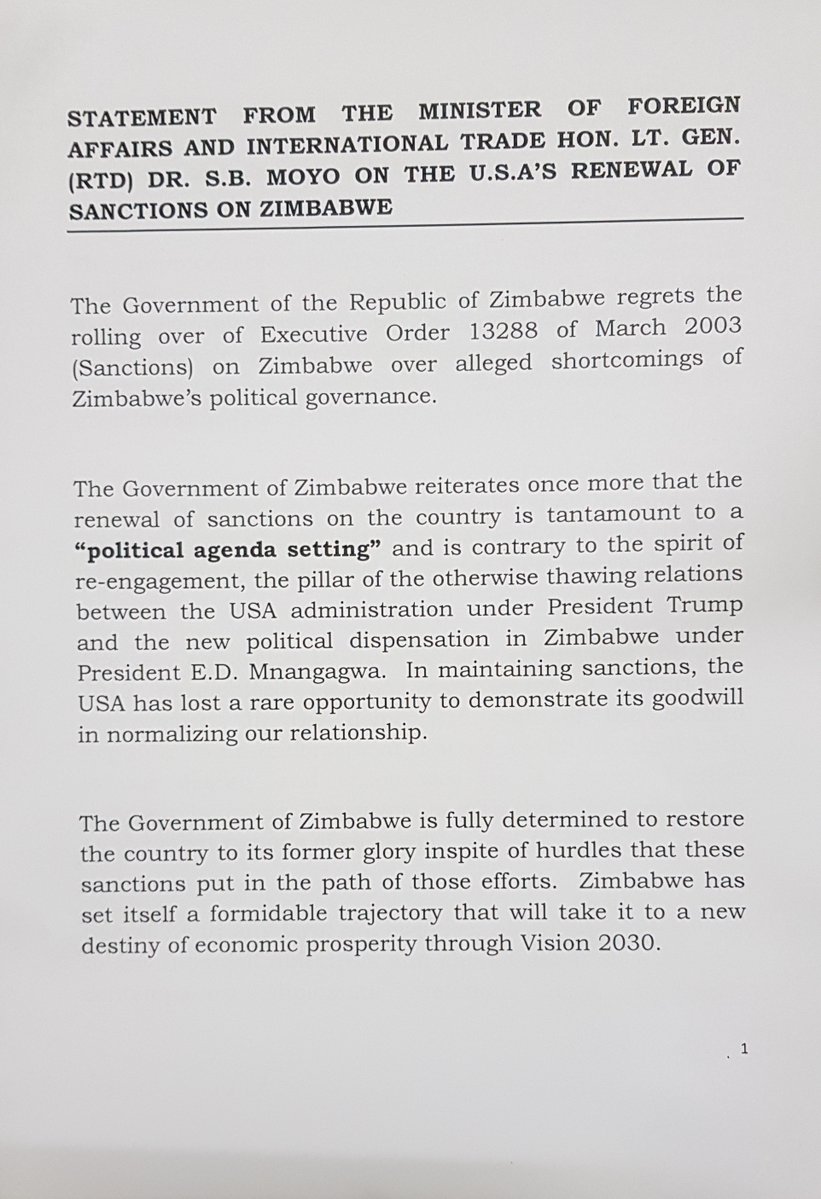 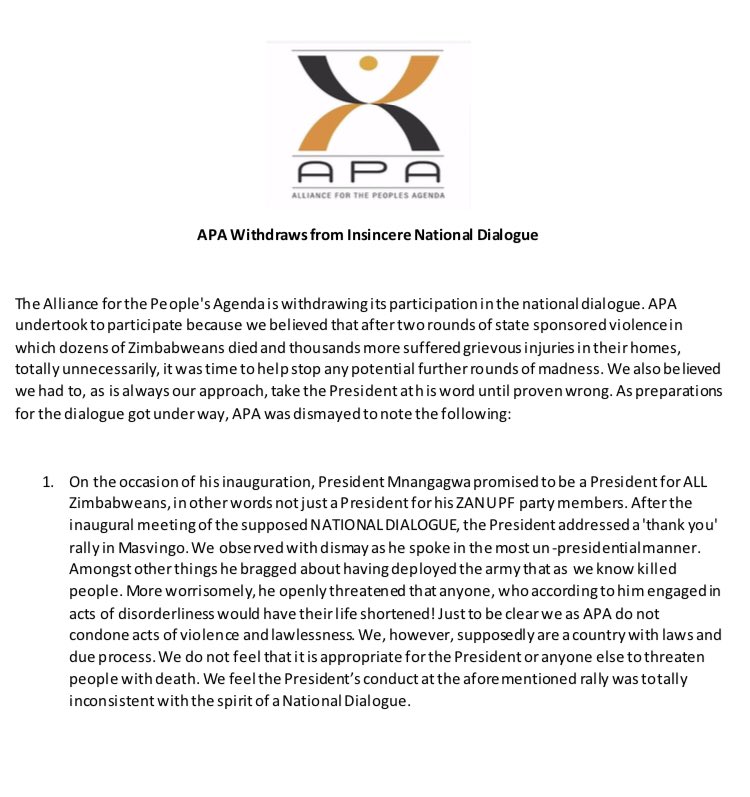 During a three-day mission to Zimbabwe, including a meeting this morning with His Excellency President Emmerson Mnangagwa, Under-Secretary-General for Humanitarian Affairs and Emergency Relief Coordinator Mark Lowcock announced the allocation of US$10 million from the Central Emergency Response Fund (CERF) to help reach over 5.3 million people in need of humanitarian assistance following drought and economic shocks. The mission will end tomorrow with a visit to Bindura to talk with people affected by increasing food insecurity.

“The CERF allocation will help us to rapidly provide critical food and livelihood support, education, health, and protection services for the most vulnerable people who are hardest-hit during crises, including children, women, the elderly, and people who are chronically ill or living with disabilities,” said Mr. Lowcock. “But the $10 million represents only a fraction of what is needed to meet the level of need across the country.”

The announcement was made during the launch of the Zimbabwe Flash Appeal today. Mr. Lowcock, UN Resident Coordinator Bishow Parajuli, and senior Government representatives launched the Appeal which requires $234 million to provide urgent food, health, water, sanitation, hygiene and protection support for 2.2 million people of the 5.3 million people in need over the next six months.

An estimated 2.9 million people in rural areas and 1.5 million in urban areas are already severely food insecure, including 1 million facing emergency levels of food insecurity. A further 900,000 people risk reaching crisis food insecurity levels if the humanitarian assistance they are receiving does not continue. In areas across the country, there are acute shortages of essential medicines, and rising food insecurity has heightened the risk of gender-based violence, particularly for women and girls.

While in Zimbabwe, Mr. Lowcock met senior government officials, NGOs and humanitarian organizations. He also visited the densely populated Harare suburb Epworth, where he met with families who are struggling to cope. “I heard from people living with HIV who are unable to take the critical drugs they need. They can’t take it on an empty stomach and many of them can only afford one meal a day,” Mr. Lowcock said.

During his visit, Mr. Lowcock saw first-hand how quickly UN agencies and NGOs have acted to adapt and scale up vital services, including food assistance, child protection and healthcare programmes in response to the rapidly evolving situation in Zimbabwe. He commended the essential role of NGOs in collaborating with the UN in helping the most vulnerable people.

During his meetings with senior government officials, including the President, Minister of Foreign Affairs and Minister of Finance, Mr. Lowcock echoed recent calls by the UN High Commissioner for Human Rights and urged the Government to find ways of engaging with people about legitimate grievances – including through national dialogue on the economic challenges the country is facing – and to investigate all reports of violence in a prompt, thorough and transparent manner. Mr. Lowcock stressed that the root causes of the growing humanitarian needs must be addressed.

“I have had extremely constructive and cordial discussions with the Government. I was pleased to be able to reinforce to them the UN’s total solidarity with the people of Zimbabwe, and to thank the Government for the excellent collaboration the UN enjoys here,” said Mr. Lowcock.

From Zimbabwe, Mr. Lowcock will visit Malawi 1-2 March to see first-hand the humanitarian situation there and the efforts undertaken by aid organizations to respond. 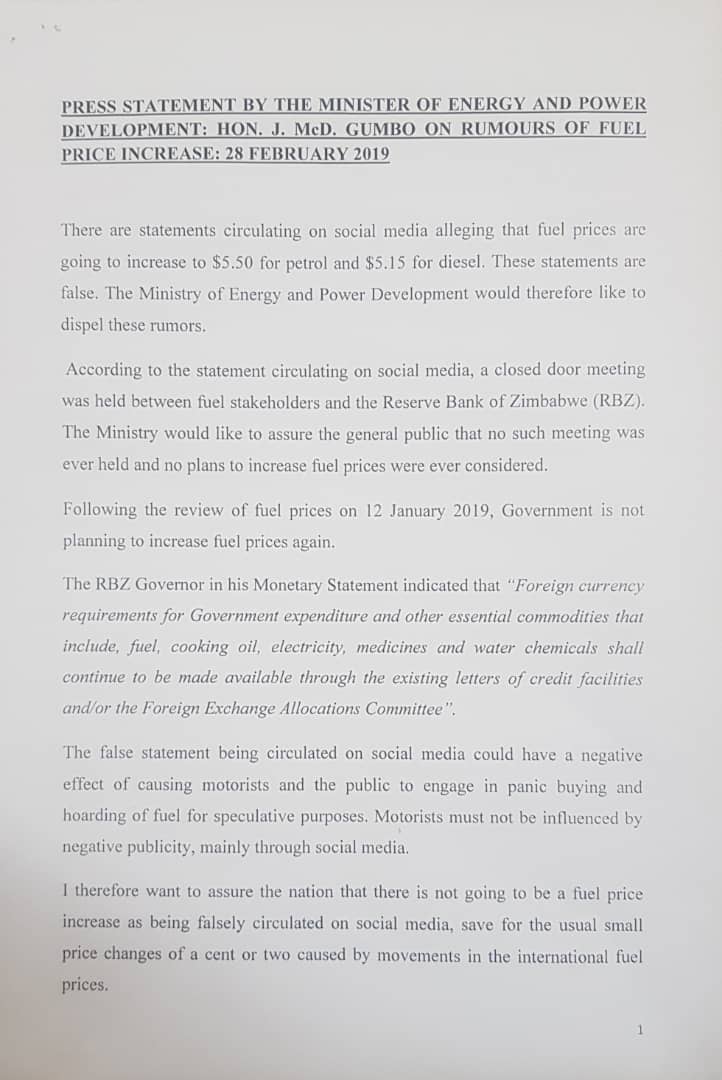 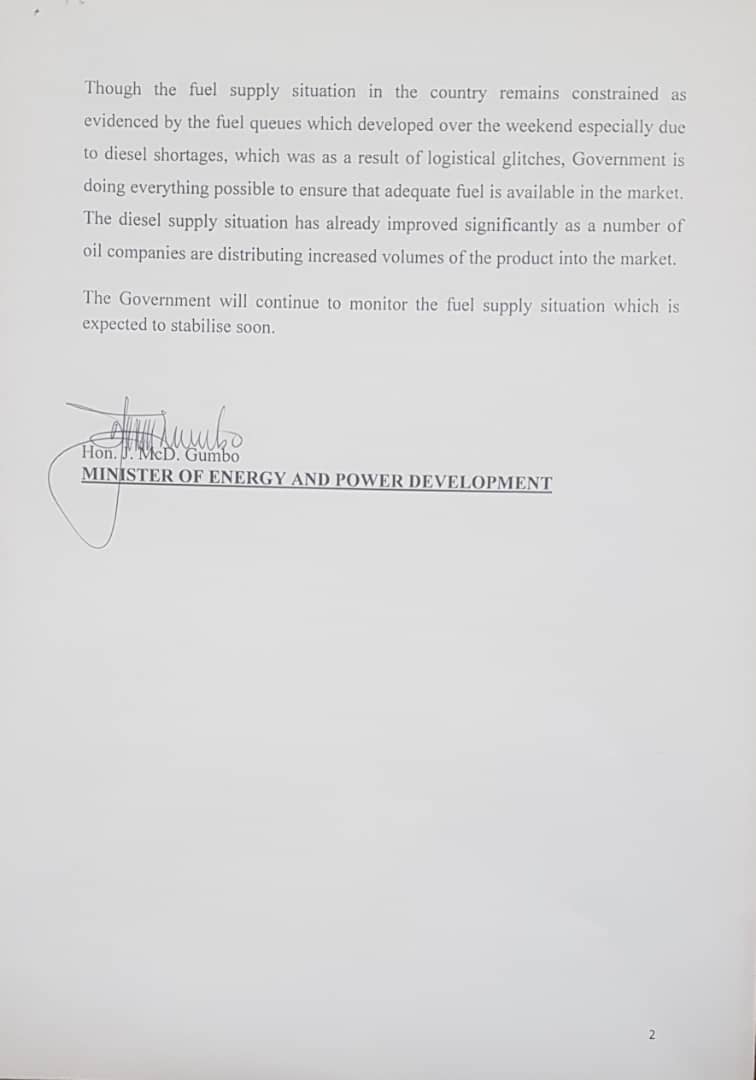 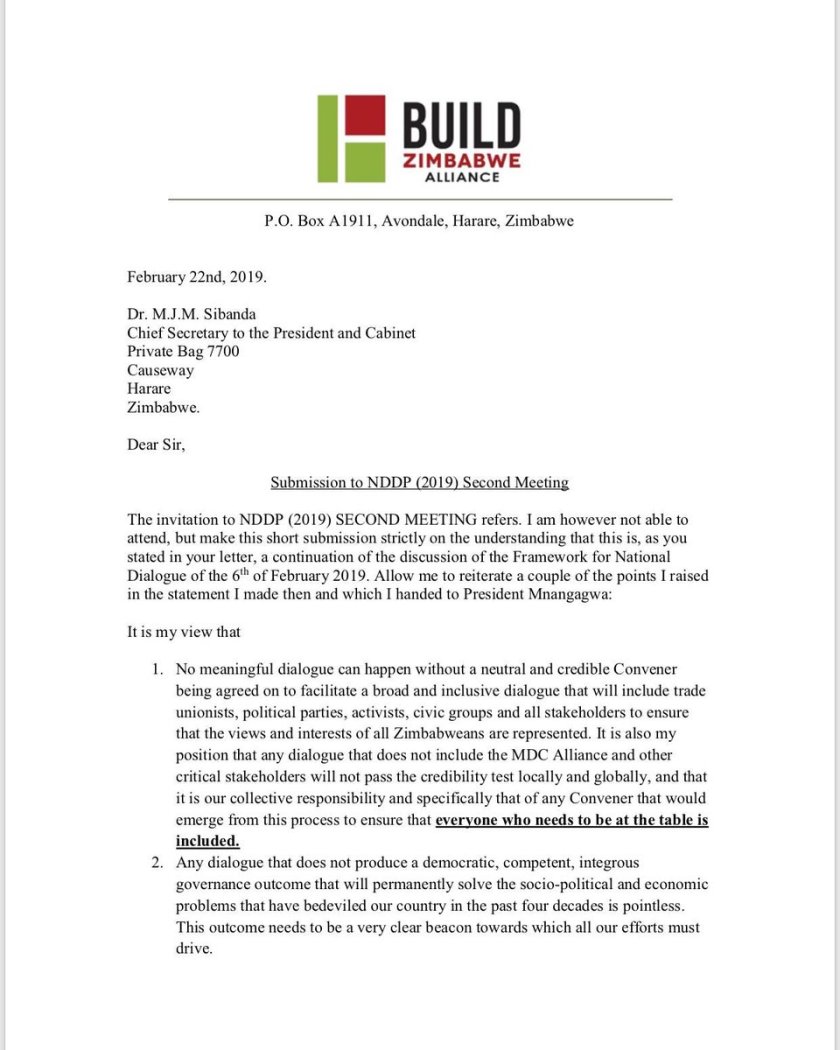 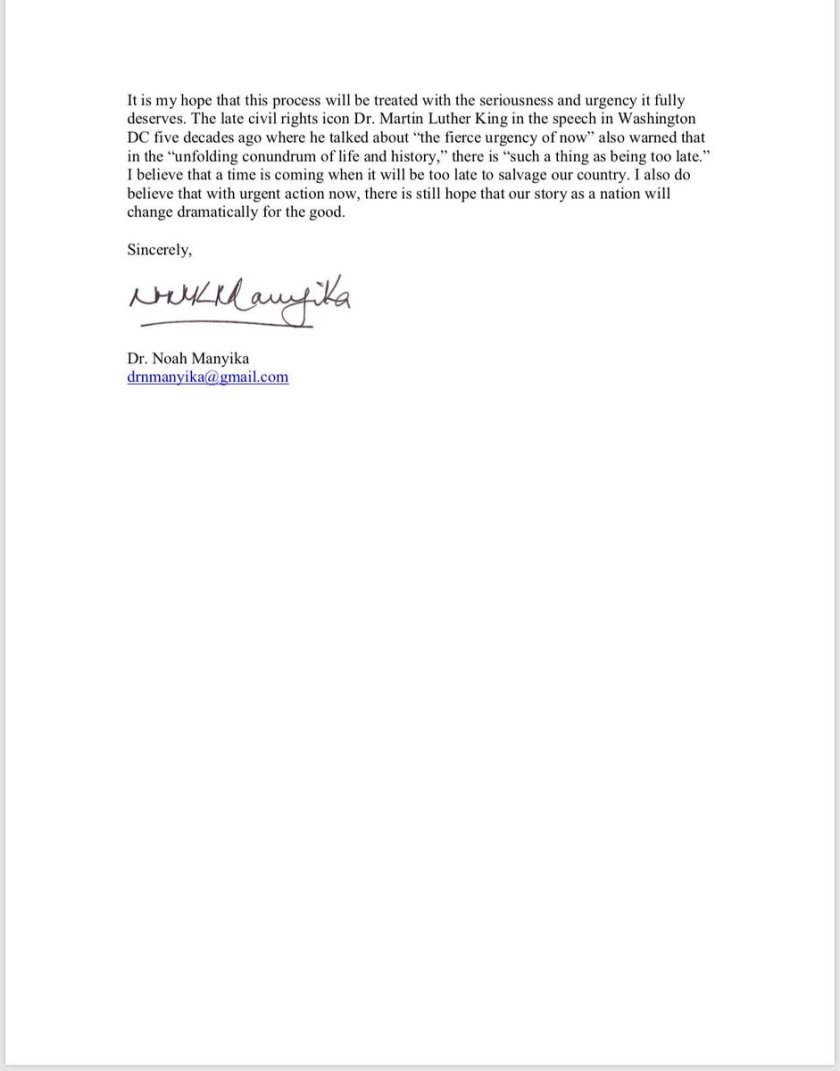