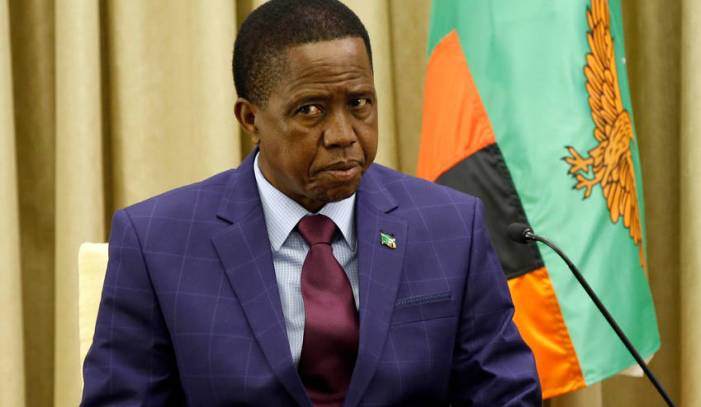 In Lusaka, the United States Envoy Daniel Foote have been recalled for making remarks and statements about the two gay men who was charged and sentenced to 15 years in prison for making love to each other.

In this regard, some will see their act as sinful, some will see their acts against nature, that is both in your making. Your allowed to think that and have some basis in religion to do so. However, there should also be legal basis for people to love whomever they choose. Just like you should be allowed to join whatever party or religion, as your conscience deems fit. Therefore, for the state to arrest and detain people for who they love. Its a big fail, if it is their gay or inter-racial, already married or an illegal alien, so whatever reason that should be no grounds for legal remedies. Unless, they are breaking laws and statutes, which violates the sovereign state and have illegal activity as theft, crimes and so on. To make love criminal is just weird to me.

However, what is even more striking in this case. Is the need to recall and send an U.S. Envoy home for his actions in this matter. It is not like he has the power to change the laws of a sovereign nation, neither does he has the capacity to start riots or anything on his own. Unless, he does some coordination with CIA and gets busy, like the US does in Latin America. In this case, that seems like ordinary wide-far-fetched conspiracy talk. Especially, just over two gay men.

That President Edgar Lungu makes such a case and such a stance, is to only be more popular with his evangelical and Christian voters, who deem this as a sin against God and nature. That these two violated the world order and their belief in their activities. The state has laws and statutes where they make Homosexuality illegal. This is all to prove their loyalty to the fate and to the ones who believes this. Which is fine as a personal belief, but a state should be open to more than one mind-set.

Surely, Lungu has more dire problems, more issues of financial deficit, lack of power to repay Chinese loans, loadshedding and whatnot that is troubling his days in the office. As well as monitoring the activities of all opposition leaders. There are plenty of things to keep him busy. Other, than two gay man making love. He should fix the economy and the civic space. However, his busy with how people are using their privates, instead of actually governing. While spreading propaganda of a Western ploy of making Africa gay. Which it is not, it is just one expression and one part of a person’s life, which the state shouldn’t interfere and take away the liberty of a person. That it does, when it criminalize one way of love. If it is this or another.

This is the story of two gay men, who apparently is so vital and important. More important than the cordial relations between two nations. That they have to show their sovereign ways, but recalling him. As they got insulted by what he said.

What is Lungu’s next step now? He cannot get the man back and U.S. has to send another man. Whoever that might be. Still, the Zambian authorities got to ask themselves, was it worth it? What is it to gain to make this illegal and what justification is there to donors to aid this republic, who clearly only gives rights for some, but detains others. Peace.

President Edgar Lungu is already in his second term as the President of Zambia. This after he took over for Michael Sata in 2015 and held the office until he won his “first” term in 2016. The Courts has already interpreted and ensured the legal argument that Lungu can be the President for a “second” term from 2021. This after he has reigned between 2015-2021.

But just as the Patriotic Front have wrecked the economy and has defaulting loans. The state is in constant load-shedding and lack of force. The Zambian government are even so vibrant in their justification to silence the opposition. That the lack of prison cells, is reasons for not having public rallies of the opposition in the Republic.

The Patriotic Front and Lungu is steaming ahead. Even as the Chinese is collecting collateral and taking valuable assets from the state. Life is just getting tougher for the citizens, but the President doesn’t seem to mind. His preoccupied with consolidating more power.

Lungu has constitutional amendments, where if they are ascended into law. It will give him way or power to actually accept loans, sign international treaties and agreements without the parliamentary oversight and voting of it. This means, if the President gets his way, he will be able to accept and secure state loans without interference. He can sign agreements and treaties without anyone stopping him. This means the President doesn’t need the Parliament to look over his actions nor his economic policies. That in a state, where tolls of loans are already a giant burden and a state, which struggles with fiscal stimulus to fix the rates of back-pay to its creditors.

Therefore, the 2018 acceptance of the Courts. The Constitutional Amendments of 2019. Are all slow walks into 2021. Where he will have secured all power, ensured his appointed cronies in all parts of the government and have loyal henchmen around him.

Don’t expect the other parties to have choice or ability before 2021. Lungu will not let that happen. He has the state and will use all means. Lungu will not let go. He will not let go. To think that is naive, unless a miracle appears and the Holy Ghost brings him a message in the night and the President actually listens. As he listens, he steps down and give ay to someone else. But, we know that will not happen.

Lungu will have his “second” term. Edgar will do it. With all means, with all sort of laws to monitor, control and give him more power. If he doesn’t, he isn’t himself nor as drunk on power as it seems. Peace.

Well, if you are reading the Lusaka Times and other places of late. There are plenty of the people asking people to speak kindly of President Edgar Lungu and the Republic of Zambia. While this is happening, you can wonder; why do they do this?

Are the Patriotic Front of Lungu that weak and touchy, that it got to have self-praise in the social media and in the headlines at the newspapers? Can’t it stomach people addressing the problems of the Republic?

Well, we know that there reports of more that the state plans to ‘curb falsehood on social media’. That means revising the laws, so that people cannot say certain things on social media. This we have seen elsewhere.

We know that its on the plate of the government, as these two pieces are from the last few days:

So, with all of this in mind. The state doesn’t want bad publicity, doesn’t want bad press. But what they really want is the image of what the PF see and what Edgar envisions on a daily basis. Because, no one should be malicious enough to question him or the actions of the PF or the President. No, no, not even if his making them indebted for centuries to the Chinese. If he doesn’t develop state institutions and only enriching himself and his cronies. No, no don’t say that online. That is all pure malice.

Don’t discuss the long hours of load-shedding, the crop failures and poor harvests and so on. Don’t dare discuss that and the lack of funds to import the needed food to supply the shortfall of production. No, no that makes the President looks dumb. Edgar cannot look dumb. His bloody brilliant, even when he trades the biggest jewels for short-sighted adventures and have hiccups with the repayment plan.

We cannot talk about that. The man is the wisest in the land. The man of the hour, of the day and of our life-time. Edgar Lungu to the rescue. Even if that means changing to Beijing time, eating spring-rolls and speaking mandarin to please the bill-collectors. They are calling and Chamillionaire wants his cut.

Well, Lungu better accept the stuff he has done. So, should the PF and all the cronies. If people are mocking him for it. He better accept that fate. Because, his making the republic drowning in debt. Lungu is not fixated in properly steering the economy nor developing properly. If he did, he wouldn’t have swallowed all of that debt without considering the implications of doing so.

That’s why his toyed with online and there will be more of that. Maybe not from his Republic. But the rest will know. We see you. Peace.