The Government of Uganda and its security forces goes wild again in the Eastern town of Jinja. When Amama Mbabazi tries to have yet another consulting meeting in another town, we all know that there was issues with meeting in Soroti. Today the UPF went ballistic literally in Jinja. Which isn’t very democratic, and the Electoral Commission is objective the consultation meetings while the Museveni can do the same thing for some strange reason. Who wonder what he does before he went to eat sushi in Tokyo? 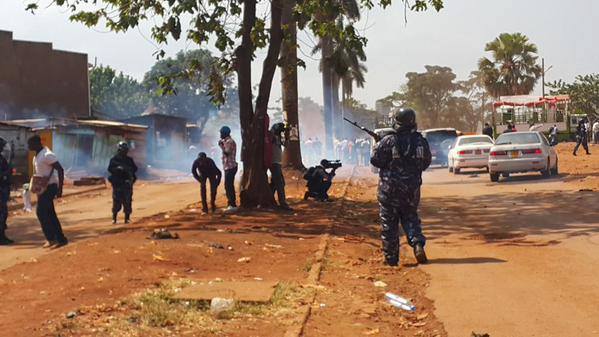 “The Regional Police commander, Edgar Nyabongo, said they will not allow Mbabazi to hold a rally. The former premier is set to hold a consultative meeting at Kakindu and later address a rally at Kazimungu industrial park” (NewVision, 2015).

A well written timeline of the events transpiring today:

Jinja town is awaiting the arrival of former prime minister and presidential aspirant Amama Mbabazi. Mbabazi who left Mbale town in the morning is about to reach Jina. However, the road entering Jinja from Iganga has been blocked by the Police. Traffic is slowly building up as the vehicles are forced to use a narrow area the Police has left for the other road users. There are groups of people at the roundabout, occasionary shouting out at the Police’s decision to block Mbabazi. We are following his convoy, which is under the escort of Police” (Kirya, 2015).

Mbabazi has arrived at his meeting venue, Kazimingi Industrial grounds with hundreds of supporters. He has been received by the Police and told he cannot use it. After a heated exchange between supporters and the Police, the Police fires tears gas and is still trying to disperse the crowds. The convoy is now moving towards Zamo Hotel, about a kilometre away. Mbabazi entered the town using a different route despite the fact that the highway had been blocked” (Kirya, 2015).

Mbabazi convoy is still heading to another venue after he was blocked from using Kazimingi Industrial Park. After a heated exchange between Mbabazi and Kiira regional Police commander Edison Nyabongo, Mbabazi left for Zamo Hotel. However, the RPC had a fist fight with Mbabazi bodyguards and their leader Christopher Aine was briefly held before being released back into Mbabazi’s vehicle as they snake through the heavy jam to the meeting venue (Kirya, 2015). 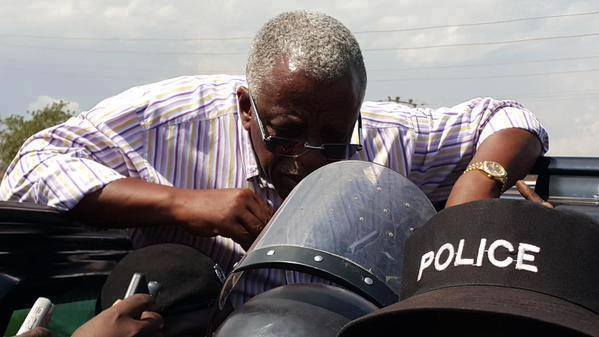 Other reports from what happen at the spot:

“Most of the residents fled towards the maize mills while others scattered towards Jinja Central Market, where they remained watching what was transpiring at a safe distances. Mbabazi closely watched was happening from the roof on his vehicle while raising his ‘go forward’ symbol” (…)”One of Mbabazi’s guards known as Aine was arrested while another was shot in the leg. This morning, David Kyasanku, the Jinja Town Clerk asked Mbabazi to look for alternative venues saying both Kakindu Stadium and Kazimingi were unavailable” (…)”Heavily armed Police officers led by Haruna Isabirye, the police director operations and Edgar Nyabongo, the Kiira Regional Police Commander intercepted Mbabazi at Lubogo road on his way to Travel Hotel” (URN, 2015).

I think the reports and letters was interesting, right?

The world should know more about what is happening in Uganda, right?