There are some fellows walking on this earth, who has deserved with their persistence and leadership, with their potential and their spirit. That they are justified to become President. The way they are and their aura. It is rare and unique. Morgan Tsvangirai and his Movement for Democratic Change – T (MDC-T) had deserved to carry that mantle. The way he carried himself through the oppression and the hacks who took him for granted.

Tsvangirai has proven to resilient and strong, he got played, but still showed his character. No one would have judged him if he had given up after the Second Round Elections and the rigged affair of 2008. With all the merciless use of force and the obvious stolen elections. Someone could have given in and said enough. Instead, he shown his leadership abilities. The way he continued to build his party and take a path towards a better tomorrow.

Tsvangirai shouldn’t just be remembered for being the main opposition of former dictator Robert Mugabe, who ruled until last November 2017. Who kept him away from the office and from the Presidency, by all means. Tsvangirai tried by all means to get there and used with peace. He didn’t want to take power by the guns, like Mugabe did and never left. He was tricked by the Global Political Agreement that made him Prime Minister, even if he won the 2008 election. That shows the conning ways of Mugabe and the Southern African Development Community (SADC) helper Thabo Mbeki. His weakness of Mbeki and wishes for stability by any means. That gave Mugabe a freeway to stay in power.

Therefore, Tsvangirai was risked on the alter and ZANU-PF, the Mugabe Presidency lingered on and the MDC-T and the MDC turned into different fractions. That is why it’s with time become the MDC-Alliance. Where some has given up Tsvangirai and others still has hope for the man. Even if he has been sickly and weak, there has still been hope that he could run against ZANU-PF new President Emmerson Mnangagwa. However, today we know, that Mnangagwa doesn’t need to fear Tsvangirai. His body gave way and he finally got peace.

Tsvangirai has fought a battle, he has risked it all and seen comrades die in the street. He has campaigned for a just cause, he has done it with swift actions and persistence. No one can take that away from him.

He has often spoken of not retribution against the regime, against Zanu-PF and Mugabe. Even as he has used the military and police to stifle the MDC. This Tsvangirai did even with the International Community and with communications, which been leaked in United States Embassy Cables. Therefore, Tsvangirai proved his legacy and his wishes of peaceful transition. Not making the same mistakes as in the past of violence and retribution. That could have been understandable with the violations and the harassment of the MDC. Still, he wouldn’t budge and give-in.

That is leadership and consistency. He had deserved to win in 2008, he won it in 2008 by my definition. It was ZANU-PF and SADC who gave it Mugabe. Tsvangirai knew this, but on the alter of International Pressure and a transition, while struggling with hyper-inflation. He gave in and gave way to Mugabe. This is sooner used and his men got the powerful positions. While Tsvangirai was the galleon figure to the international community.

There are people who says he lost 2013 because the party was confused, well, it wasn’t like he would have had the same backing or powerful message after been in power as Prime Minister. A position made to shut him down and not give him enough to be a problem for Mugabe.

Tsvangirai has run against Mugabe since 2002 and has had decent results, he shown that character and resilience matters. I think that he would have been a worthy successor and would have made changes worthwhile. He wasn’t an international stooge, but the world wanted someone else than Mugabe. Mugabe had gone from Liberation Hero into a totalitarian dictator. He had shown his despicable ways. That Tsvangirai proven to different from and wanting a peaceful transition.

Tsvangirai tried to cross the bridge, he tried to find the peaceful means to cross and get there. He worked for over a decade as a Presidential Candidate in the MDC-T. He had deserved to win and be it. Even during the worst economic crisis in near history. MDC could have mustered a direct change and not just a challenge to Mugabe.

Tsvangirai seemed like much more. MDC-T and could have been a great President. However he never got to call the shots, he got played and was tricked. If he in the end became tired and not as fierce as in the past. That comes with age and with experience. There is just as many times you can try the same thing and seeing no change.

Tsvangirai died today, not fool, not a loser, but a legendary politician who fought for the betterment of Zimbabwe and for its people. His service to the country should be remembered. Also his trials and tribulations. The MDC wouldn’t have a power struggle and leadership question of late, if it wouldn’t be for the foundation built by Tsvangirai.

That is just the result of the work done by Tsvangirai. This shouldn’t be forgotten.

Tsvangirai shall not be remembered because of Mugabe, but because of how he fought and did what he could to stand against him day in and day out for years. If people give up and start farming, instead of fighting dictatorship. That would be natural, but Tsvangirai didn’t. That is inspirational and should show us all. How to carry and try to make change into the society you wish for. Not that all tricks and all sorts of play work. However, you cannot deny that he didn’t do what he could.

Tsvangirai, your a hero and a lost one now. But your legacy and your achievements will be inspirational for generations to come. Peace. 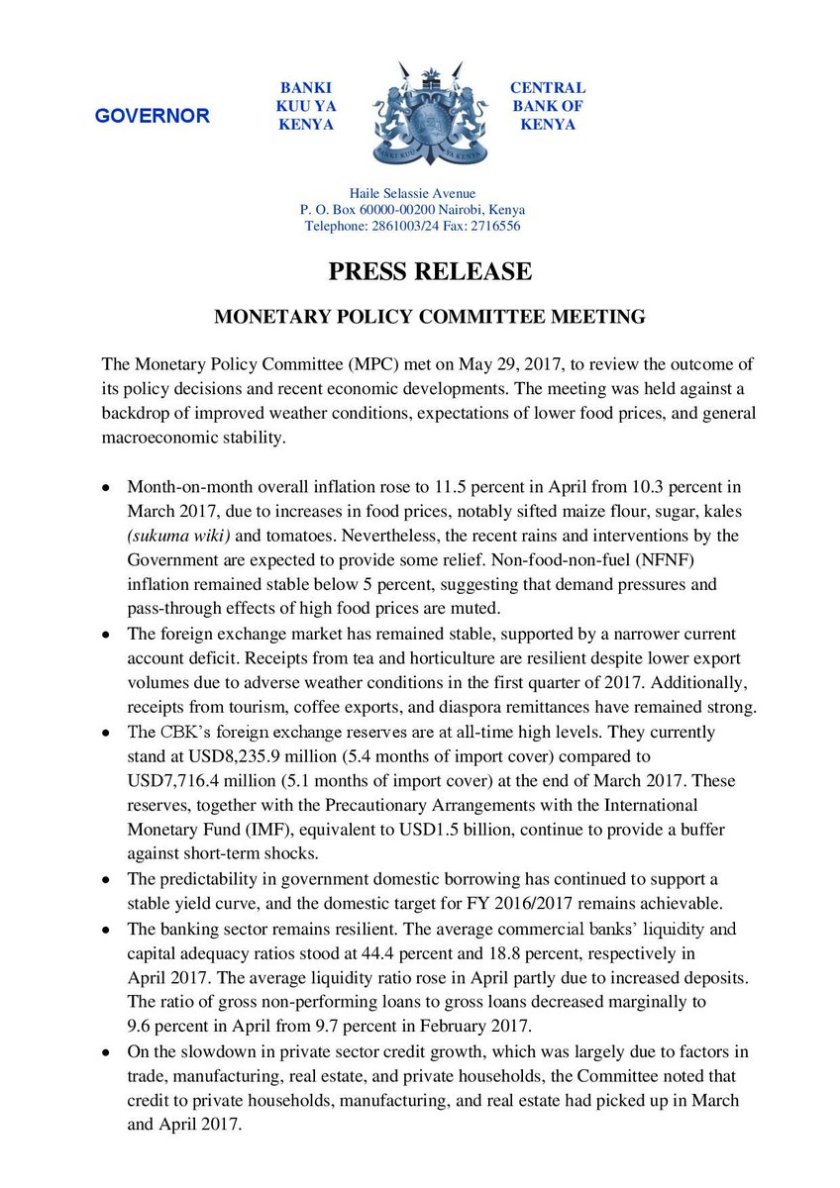 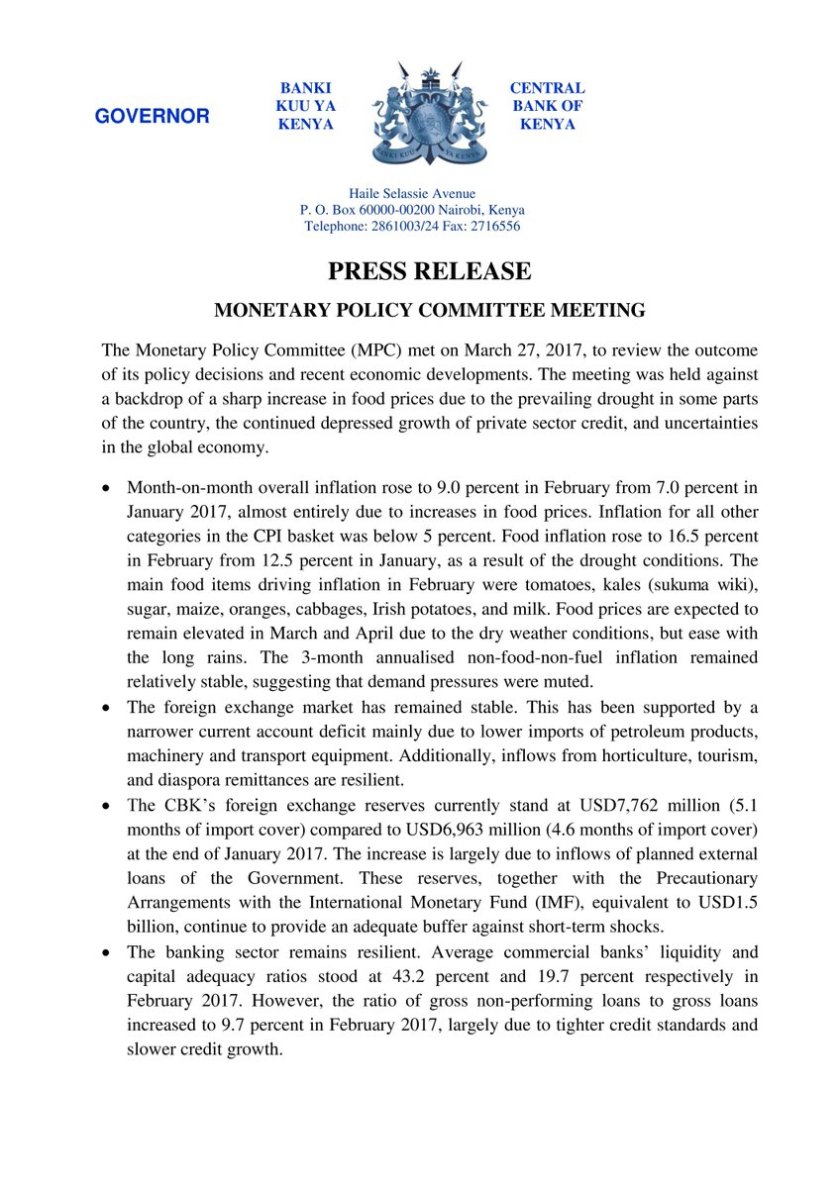 Today, on the anniversary of Madiba’s sad passing, let us recommit ourselves to unity, and to working together to build our country, regardless of whatever political differences we may have.

PRETORIA, South Africa, December 5, 2016 – On this day in 2013, the first President of a free and democratic South Africa, President Nelson Mandela passed on, leaving behind a rich legacy of building a dynamic young nation, from the ashes of apartheid.

President Mandela taught us to unite and to love and respect one another as South Africans. He also taught us to build friendly relations with our neighbours and the international community as a whole.

A lot of good work has been done towards building a truly united, non-racial, non-sexist, democratic and prosperous South Africa. The road ahead remains long and full of challenges given the unending economic slowdown globally and locally and the need to continue building a better life for and with our people. There is indeed a lot more hard work to be done, as we move towards the ideal society he envisaged when he said let there be bread, water and salt for all.

Today, on the anniversary of Madiba’s sad passing, let us recommit ourselves to unity, and to working together to build our country, regardless of whatever political differences we may have. Let us work harder than ever, to make South Africa a success story that generations to come will be proud of.

“The ANC’s theft and defacing of our posters is nothing more than a desperate attempt to slow down our momentum in Tshwane as it becomes increasingly clear we can WIN.The theft and defacing of election posters is a clear violation of sections 91, 92 and 97 of the Electoral Act and must be condemned in the strongest terms. We will be lodging a complaint with the IEC” (Democratic Alliance, 2016).

The proof of the ruling party continuation of controlling the Electoral environment by defacing opposition posters. The ANC should be so proud of their reckless behaviour towards the DA. Even if it elections and soon ballots. There should be some respect for each others craft and material. As the Citizens should pick on the merit and free choosing, not by who apparently has a President for the moment. The ANC and their comrades better act up and be within reason. Especially since they have been the ruling party for decades now and need to give way for justice and common sense. Peace.

“Viva Zimbabwe is a name in dispute between Lumumba and a Youth Organisation named VIVA, Which stands for: Voices In the Vision for Africa (VIVA) Zimbabwe is a registered national youth organization that is focused on fostering a sustainable, peaceful and conducive environment for the development of young men and women, through innovative initiatives hinged on result/action oriented dialogues. They have sought legal intervention to stop Acie Lumumba from using their name” (ZIMDITVNEWS ZIMBABWE DIASPORA, 2016).

“This year’s election is the most important since the dawn of our democracy in 1994. On 3 August, South Africans face a choice: either more of the same broken promises and joblessness under the ANC; or real and positive change that will help move our country forward again” (Democratic Alliance, 26.06.2016).

“This year, on 3 August, South Africans face a choice:

5 more years of corruption, nepotism, joblessness and deteriorating service delivery; or CHANGE that will move South Africa forward again. This is the change that brings about job creation, delivers better services, and stops corruption. While we have made progress since 1994, the ANC has now put our country on the wrong path. We have the opportunity to change this – and ensure that we move in the right direction again. The direction that Nelson Mandela dreamed of” (Mmusi Maimane, 26.06.2016).