Archive for the tag “Yiira State”

Statement by Members of Rwenzori Fraternity in Respect of Recent Acts of Violence Reported in Kasese District (14.03.2016) 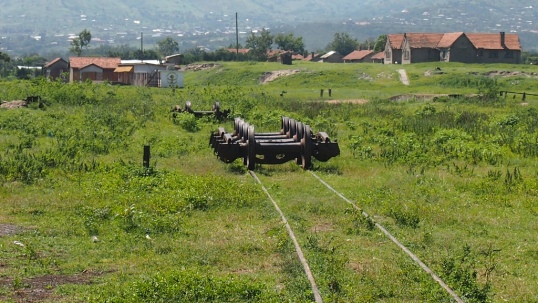 As members of the Rwenzori Fraternity, a non-partisan grouping of people hailing from the region, working in different parts of Uganda but mainly in Kampala & Kasese, wish to state as here under.

We learnt of the unfortunate events that happened in Kasese on the 10th day of March 2016 after the just concluded local council 111 elections wherein violence broke up in Buhuhira and Kikongo villages in Hima Town Council that led to the unfortunate loss of lives and destruction of property. We condemn in the strongest terms the perpetuators of violence and send our deep felt sympathies to the families that lost their dear ones both civilians and in security forces. We also pray for quick recovery for those we have learnt are still in hospitals.

While many versions of these events have been out in the media and from government officials namely post election violence, allegations of a Yiira state, tribal or ethnic conflicts, etc, And Whereas we appreciate the concerns of the different stakeholders and the findings so far we wish to state the following. The violence that erupted was purely post election violence that came out of a poorly managed electoral process.

The so called Yiira state is a concoction that has no basis and founding among the Population in the region and we are equally perturbed by this malicious propaganda that has no basis but intended to taint and alienate us the people of the Rwenzori region from the Uganda that we have always belonged to and we treasure.

Where as we recognize that for some time there has been some underlying political issues in the region that are funned by selfish politicians, We do not believe that this was the root cause of the violence that erupted in the past week.

We have lived as different ethnic groups in the region. We have been accommodative to each other socially, politically and economically and we would not wish anybody to appear to destroy the co existence that has been existent in the region for generations.

In the premises we ask our people back home in Kasese and the entire Rwenzori region to refrain from such acts that may cause violence and instead embrace peaceful and legitimate processes of resolving outstanding challenges at both individual, community and institutional levels.

We also implore government and all security agencies to take more interest in thorough intelligence gathering in the region. We call for more proactive rather than reactive approach to policing in the region. Government should endeavor to work closely with local, religious and community leaders during their operations. In the same vein, government spokespersons should desist from making alarming statements that may seem to seek to escalate the already porous situation but rather more calm statements.

We ask the government, the Civil Society Fraternity and all friends of the Rwenzori region to quickly focus on having a multi – stakeholder dialogue on the Rwenzori question and encourage local communities to actively engage in these peaceful efforts.

As a FRATERNITY, we think now is the time to start the journey to a long term and sustainable peacemaking processes. We have also resolved as a Fraternity to engage the different stake holders in the region in order to find a permanent solution to the Rwenzori question.

We also implore religious leaders, all newly elected political and local leaders to work together in an endeavor to foster peace and harmony in the region.

FOR GOD AND MY COUNTRY.

FOR AND ON BEHALF OF THE RWENZORI FRATENITY.