Archive for the tag “Xerox Corporation”

Hillary Clinton got paid millions of dollars only to speak in 2014 and 2015! 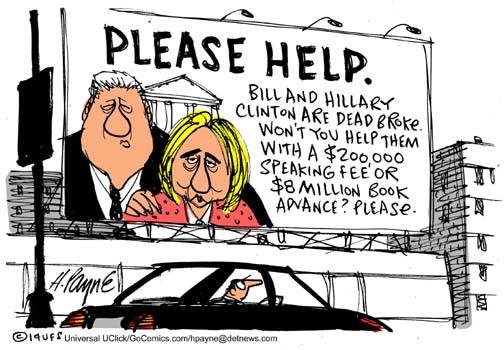 This has been used as a tool for both Republic Presumptive Presidential Nominee Donald Trump and also by fellow Party mate and contender Bernie Sanders. Both of them have question Hillary Rodham Clinton’s role as Politician when she has had these paid obligations towards companies. The Same have Donald Trump as I have written about before, as I wrote on the 19th May 2016, that his financial disclosure papers showed the estimated earnings on that was $1,000,000 in 2015, alone. So that Donald Trump have had speeches and earned money on it, sets the standard for the discussion, as he have attacked her constantly. But now there have been released Democratic National Committee (DNC) papers as the Guccifer leaks. They are showing certainty and documents of the past Hillary Clinton and also certain other disputed content on the Democratic Presidential Candidate.

I do this because I have addressed Donald Trump, with care and caution, been honest that I dislike his candidacy and his whole arrangements of xenophobia, fear of immigrants, his lies and his whole right-wing adjusted campaign that eats on fear instead of policy, the same as the ones that one the Brexit, the fear of Polish immigrants instead of thinking to what extent a transitional government and an exit could mean for the United Kingdom, the same ignorance and belittling campaigning is happening from Donald Trump. While this is being said, I am addressing Hillary Clinton today with her facts and not Trumps fictions as the reality of the paperwork and the extent of monies that are proved. Still not the rhetoric or the words of these speeches, but surely the importance is not in the words, but in following the money.

In 2014 alone she have official spoken to 45 associations, companies or LLC that she got paid for doing so. The close estimation in total is around $10.000.000 on the engagements that she had, the most ordinary pay for the speeches was $225.5000. So her earnings on speaking is for some of us astronomical. And could be questioned! The certain companies must have heard some positive words and words of honor as she spoke to the crowds of the GE, A&E Television Networks, Pharmaceutical Care Management Association, Xerox Corporation, Let’s Talk Entertainment Inc., twice for tinePublic Inc., twice for Innovation Arts and Entertainment, Corning Incorporated, Ameriprise, Cisco, Deutsche Bank AG, twice for Salesforce.com and Qualcomm Incorporated, and so many more! These are just a few of the companies that paid her in 2014. The massive amount of them and that certain companies had her twice in the year.

In 2015, she had less of speaking engagements only 6 in total and with 5 associations, companies or LLC. They paid in total $1.475.000. These companies we’re twice tinePublic Inc., Canadian Imperial Bank of Commerce (CIBC), Watermark’s Silicon Valley Conference for Women, EBay Inc. and American Camping Association. These proves together with the year before that the one that really supports the Clinton’s and Hillary is the tinePublic Inc. The company is known for this: “Oprah Winfrey: tinePublic Inc. is the market leader in producing high profile events and conferences across North America” (Woodlawn Post Canada, 28.11.2012). So they are surely paying to create events with Hillary Clinton as well, it seems. 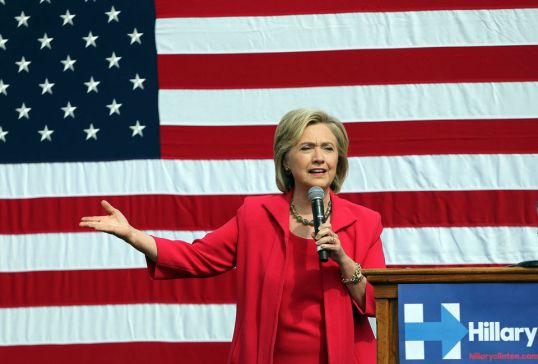 They have had her four times in 2014 and 2015. While the other are banks, associations, medial and pharmaceuticals, Internet Companies and other bigger companies that want their profession in a grand standing with the establish politician.

What is special from the Financial Tax Returns from Hillary Clinton is the first cash at hand in the JP Morgan Custody Account where it’s disclosed $5.000.000 – $25.000.000. Because that is fortune for ordinary folks, and even more for seasoned politician, proves that the years of being in the limelight have made the Clinton’s wealthy (Public Finance Disclosure Report, 2015).

Next time I will look into the donors that funded the Clinton Foundation and the once who have given the most to the Foundation. This is the second part of leak for my part, as there is extensive material and documents in the file that Guccifer 2.0. opened to the public. Peace.