Back in the day of 5th February 2003, United States Secretary of State Colin Powell presented the United Nations Security Council with the intelligence of Weapons of Mass Destruction. A effort being made to ensure the legitimacy of a new gulf war and reasons to overthrow then Iraqi dictator Saddam Hussain. Not that President Saddam Hussain was a choir-boy or anything, but WMD he didn’t have or the capacity to built at the time. Just like that President George W. Bush had a “valid” and “accurate” argument to start war.

Just as those days, which is now 17 years ago. I had little faith, as the Iraqi didn’t have the weapons. They didn’t have the ability nor wealth to generate the weaponry in question. As they we’re sanctioned and had been both in past gulf-wars, bloody extortion of own citizens who opposed the regime and was enemies of Teheran. So, not like Baghdad had the time nor the opportunity to do what the US claimed.

That is why I am feeling I am living through the same moment. Just as United States Secretary of State Michael Pompeo and President Donald J. Trump proclaims the Chinese are manufacturing the disease and the COVID-19 or the Coronavirus. They did it in a secret lab in Wuhan and spread it like hot garbage to the whole world. It’s not like the origins isn’t proven already. However, the US claims certain things, but isn’t proving it. They need a scapegoat.

The failure internally in the US is the reason why the bad-guy needs to be China. Just like in older movies when the bad-guys of Hollywood, where either smoking Eastern-European fellas or Chinese. That was the code, they were the evil bastard who only wanted harm and they smoke Malboro.

Soon, they will deliver a rapport. Surely one of the big-men of the administration with pictures, red-tape and whole she-bang in public. They will profess and state this with the full intent of the getting the coalition of the willing. The United Kingdom, Samoa and Tuvalu to join on the Crusade against Beijing. Just like they did with Baghdad in a not to far distant time. They need the support of these nations, as they are following the gallant example of the hope of the West.

While really, they are the self-destruction of the West. They cannot wait to create havoc and unruly behaviour wherever they may go. So, now they just have created a new culture war and another enemy. With their propaganda and their mind-games. Where they hope they are capable of selling it.

Not that China is innocent in this. They have tried to distort and discredit the faith in their leadership. They have unquestionable behaviour and acted badly in the sense of this pandemic. They have not been transparent, but neither has the Trump Presidency ever been. That is why his Tax Returns is still a myth and hieroglyphics from ancient times are more accessible.

So, its not like Trump is transparent either. Xi Jinping is at least honest about his betrayal of public scrutiny. The Trump Administration is bullshitting it and with full disregard of the people, while they trying to act like the holiest men on planet earth, except for the Pope. That is just the way it is.

In that sense, the act of WMD in 2020 will be the origin of COVID-19. The public display, which will not be based on scientifically facts, but instead on political mind-games. It will be like the manufactured WMDs of 2003. Instead of a Colin, it will be a Mike. The UNSC might be used this time. If not it will be on Fox News and OAN. It will be ugly, but the lie is still a lie.

Yes, the origin was in Wuhan, but it was at the Huanan Seafood market in Wuhan, Hubei Province. The US might want to fix that, just like the Chinese authorities also claimed something else in April. However, it will not work. Not when the reports are written and all traces goes there.

You can say that someone got the WMD, but that doesn’t make it more true. You can scream that they got WMD. Nevertheless, that doesn’t make it true either. Your just making noise and not stating the fact. We know, we know and you better stop lying. Your not good at it. Peace. 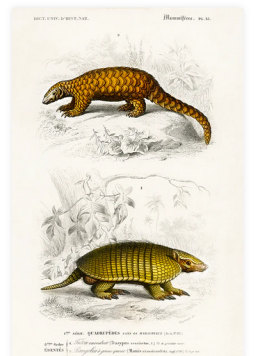 “There has been no scientific or medical conclusion yet on the origin of Covid-19, as relevant tracing work is still under way” (…) “The name Covid-19 was chosen by the WHO for the purpose of making no connections between the virus and certain places or countries. The origin of a virus is a complicated, scientific issue. It should be left to scientists and doctors to find out through studies and research” (Chinese Embassy in the UK – ‘The Mail on Sunday published a letter from the Chinese Embassy in UK on its report on the origin of COVID-19’ 13.04.2020).

This here is not important in the scale of things. This virus could come from wherever and the end-game is still the same. We have have to all find the cure, the vaccine and medicine in general to defeat the Coronavirus or COVID-19. That is what is key, as the world is under lockdown, the nations are under state of emergency and so fourth. Not, like there are bigger fishes to fry. However, the Beijing government. The Chinese Communist Party (CCP) can lie to their own citizens, but not to us!

The CCP and President Xi Jinping can lie all he wants in his own domain. He can block every single foreign journalists who dare to insult his intelligence. He can do so there, but he cannot go against the facts, that COVID-19 came from Wuhan in Hubei Province. It is maybe not a propaganda victory. It is not the cure for eternal youth, but its there. The Joint Report combined with WHO states so too. They did it together, but maybe the Chinese Ambassador was told to scrap this public report?

Who knows, but I will just quote two passages of this public report. Because, rewriting history at this level. Is outrageous. It is abysmal method of governing. Instead of manning up and take it on the chin. That is why your busy giving away all sorts of medical gear world-wide to patch the hurt right? Not just humanitarian, because the Chinese usually gives away with a hope of earning a fortune down the line. We have seen that with the Belt and Road Imitative. So, we don’t have to make that up.

Here’s the key passages in concern of origin:

“COVID-19 is a zoonotic virus. From phylogenetics analyses undertaken with available full genome sequences, bats appear to be the reservoir of COVID-19 virus, but the intermediate host(s) has not yet been identified. However, three important areas of work are already underway in China to inform our understanding of the zoonotic origin of this outbreak. These include early investigations of cases with symptom onset in Wuhan throughout December 2019, environmental sampling from the Huanan Wholesale Seafood Market and other area markets, and the collection of detailed records on the source and type of wildlife species sold at the Huanan market and the destination of those animals after the market was closed” (WHO-China Joint Mission, P8 2020,).

“Since the COVID-19 virus has a genome identity of 96% to a bat SARS-like coronavirus and 86%-92% to a pangolin SARS-like coronavirus, an animal source for COVID-19 is highly likely. This was corroborated by the high number of RT-PCR positive environmental samples taken from the Huanan Seafood Market in Wuhan” (WHO-China Joint Mission, P: 34, 2020).

All the measures and test here sets the fixed mark towards one wet-market in Wuhan, Hubei Province, China. It is not on the North Pole, neither anywhere else. This the WHO, who the ambassador was busy discrediting, which made a study together with Chinese scientists. So, not like it was busy-bodies, but their own who did it and traced it. Because, they needed that to be able to strike down efficiently against COVID-19. The ambassador and Chinese authorities maybe thinks people are stupid. However, they better do things correctly and they cannot win in their arguments. When its already out there and the joint operations has already been concluded. Stop. Kidding. Yourself. Peace.