Spokesman for U.S. State Department Assailed for His Invectives against Election in DPRK

Pyongyang, March 13 (KCNA) — The spokesman for the DPRK Foreign Ministry gave the following answer to a question put by KCNA on Thursday as regards the invectives let loose by the spokesman for the U.S. State Department against the election of the deputies to the Supreme People’s Assembly (SPA) of the DPRK: As already reported, the election of the deputies to the 13th SPA successfully held on Mar. 9 in the DPRK strikingly demonstrated the absolute support, deep trust and indomitable will of the service personnel and people of the DPRK to remain single-mindedly loyal to the respected Comrade Kim Jong Un, holding him in high esteem as the unitary center of the unity and leadership. All its citizens of the DPRK took part in the election to consolidate as firm as a rock the people’s power chosen by themselves, fully enjoying their rights as the genuine masters of the state and society, and voted for the candidates with loyalty and patriotism. The spokesman for the U.S. State Department was so impudent to say that there is no democracy as regards the election of deputies to the SPA. This is nothing but a ridiculous jargon of those who can not understand the advantageous election system of the DPRK as they are engrained with repugnance toward the Korean-style socialist system. The U.S. had better feel ashamed of the American-style election which decides everything with fraud and swindle and its dollar-almighty election system in which a duck on a pond can be a president if it has money, and mind its own affairs before impudently finding fault with others. No matter how desperately the U.S. may try to slander the social system of the DPRK and pull it down, its single-minded unity will be further consolidated and Korean-style socialism centered on the popular masses will emerge victorious.

My thoughts on the press-release:

This memo or press-release from KCNA is iconic. It’s a classic. You should print it and put into a glass-frame. That there is tension between the Democratic People’s Republic of Korean (DPRK) and the United States of America (USA). That the USA is slamming North Korea’s voting practices shouldn’t come as a surprise to anybody. But that DPRK is saying that the people choose and voted for the candidates, that the Supreme People’s Assembly (SPA) is literary picked by them, one candidate in each districted, gotten handpicked by the party, then all people of the republic told to vote for them. That is sure some kind of loyalty, patriotism it’s not because well, I am sure there a capital punishment if you are not voting, kind like the ones in Greece where you are fined for not showing up. But, I am not talking about Greece today, I am talking about DPRK and USA. That USA spokesman doesn’t understand the North Korean democratic model isn’t the truth. Not that USA has a clean model and could get some scrutiny. The issue that it’s comes from North Korea. Another funny fact calling it ridicules jargon from the spokesman. Then claiming the money controlled and fueled democratic model of USA. Which has some truth behind it – because if you’re a serious candidate you need funding on high level of corporate mega giants to solve the monies issue of a campaign. So the KCNA is telling a certain truth, but they are not the right folks to discuss it. So that the USA is “slandering” the “social system” of North Korea shouldn’t be a big talking point of any election model or refined people’s choice of leaders. It’s a third generation Head Chief, El Presidente or the Head Narrow-minded in Charage(HNIC). Kim Jung-Un is far from a democratic elected president of his republic. Neither what his press agency comments and says it’s still not switches the facts on the ground. That KCNA is talking about the single-minded unity (then I’m thinking about not democratic societies because they have a unity based on fear) and about Korean-Style socialism (back to the first one with the fear based society). That USA doesn’t have total unity is just looking at the different bases of Republican Party and also the Democratic Party, the minor ones and a few independent ones who doesn’t get enough credit by anybody for trying to beat the two parties who run the shinding called Washington, White House and Capitol Hill. So here we are at the issue of the SPA and résumé of Capitol Hill or the Congress. When KCNA will claim the North Korean will win and be “victorious”, I got to be honest that is far-fetched. USA isn’t the cornerstone of any democracy, but calling North Korean that would be insulting to Plato, Archimedes, Benjamin Franklin and George Washington. I think Wesley Snipes has to learn them a lesson, maybe Dolph Lundgren can show some skills. Peace. 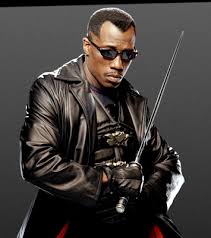