If you thought back in the day the influence that Dick Cheney had on George W. Bush, than your wrong, what happened with one appoint as a Special Advisor as a Chief Strategist and Senior Advisor on the same level as Reince Priebus who we’re at the same time appointed to be White House Chief of Staff. The RNC head Priebus is a relief for the establishment of Republican Party and for the Speaker in the house Paul Ryan.

But that isn’t important today that Donald J. Trump appointed Reince Priebus, the little token of faith towards the party is meaningless, with the stature of the other appointment that is supposed to be on the same level. That man is the Stephen K. Bannon, the CEO of Trump Campaign, the loved by the Donor of the Campaign Robert Mercer. Which shows that the money that funded the Campaign are paying off as his candidate got the top-spot and also got his vision inside the White House with his strawman Bannon. That should worry you and me.

“What makes Mr Cheney so powerful is that Mr Bush usually heeds his advice. Unlike most vice-presidents, he has no further political ambitions, so Mr Bush trusts him to say what he thinks, not what will appeal to future voters. Unlike his boss, Mr Cheney has a love of detail and a deep understanding of how the levers of power work, so he is adept, as the Post puts it, at serving up Mr Bush’s menu of choices” (Lexington, 2007).

“A central theme throughout the decision-making literature is that the president needs frank advice about alternatives and that an effective airing of that advice can come only if the president is exposed to contrasting perspectives. In the George W. Bush administration, however, advice to the president was dominated by Vice President Cheney, and he was effectively able to manage the policy process to ensure that his preferences prevailed. In making many important decisions, the administration lacked an orderly policy-making process and the benefit of an honest broker. In Bush’s case such a process would have helped because, in Scott McClellan’s words, “He is not one to delve deeply into all the possible policy options . . . before making a choice. Rather, he chooses based on his gut and his most deeply held convictions. Such was the case with Iraq” (McClellan 2008, 127). President Bush’s role was characterized by Alan Brinkley: “George Bush was an eager enabler, but not often an active architect, of the government’s response to terror. His instinct was to be tough and aggressive in response to challenges, and Cheney’s belligerence fit comfortably with the president’s own inclinations” (2008)” (Pfiffner, 2008).

So if you’re thinking that the alleged link between Dick Cheney and George W. Bush is wrong, your mislead, because it’s been either the kids of Trump or Stephen Bannon who has had a grip on Trumps demeanour, as he is wild and unreliable, you never know what he will do or decide. Cheney could give good advice and was the confidant of Bush, the same will be between Bannon and Trump, as even on the campaign trail VP Mike Pence said he hadn’t talked to Trump about certain planned policies. So we need to know about what kind of actions and what Bannon believes in. First I will drop little on the Alternative Right parts of the Republican Movement that he is part of, which is a disgrace to humanity, still needs to be talked about:

“Paul`s first-place showing wasn`t the only sign that what some are calling the “Alternative Right” is coming into its own. Paul-inspired organizations like the Campaign for Liberty are displaying increasing professionalism and effectiveness. The movement is even shedding its cult of personality aspect, developing other respected leaders alongside Ron Paul. At this point, Paul`s son Rand has to be favored to win the Republican senatorial nomination in Kentucky, where he`d be at least even to win the general election” (…) “The Paulites` relationship with mainstream conservatives—who remain enamored of the Iraq war and the Bush Doctrine, if not always former President George W. Bush himself—is still contentious. Paul`s win was booed by many CPAC attendees. But increasingly, dissident conservatives feel like a real presence rather than a rump or a remnant” (Antle III, 2010).

“Indeed, the true conflict facing Republicans is not with the social democrats who’ve taken over the American left, but within the soul of American conservatives. Namely, a new, highly heterogeneous force in right-wing politics is taking hold, and they have their sights set firmly on the Republican “establishment.” Known collectively as the “alternative right,” this amalgam includes neo-reactionaries, monarchists, nativists, populists, and even a few self-declared fascists. They mostly congregate online, with a large swath of blogs and websites dedicated to their concerns. As an example of how truly diverse the alt right is, major and proverbial watering holes for them include everything from Breitbart and the libertarian-leaning Taki Mag to Alternative Right—a blog that openly supports white nationalism” (…) “The alt right can cause some stomachs to churn: Even though the alt right loves to mix it up with Gawker and Salon types, it (like Trump) may enjoy picking on other conservatives even more. Republican hesitancy to accept the alt right into the fold therefore makes sense for several reasons, especially since it’s becoming increasingly obvious that the alt right couldn’t care less about the Republican party. In fact, many on the alt right believe that the Republican party is in dire need of a purge” (Welton, 2015).

When you know that mess of a union of the Alternative Right parts of Conservative Party of the Republican Party; Stephen Bannon has been a major part of the Breitbart that is one of the biggest outlets in the media, who are spreading the news in the eyes of the Alt-Right. So now the Breitbart will now be hand of spreading the wished news, like Fox did for Bush. So the Republican Party continues to spread their wings. So the little Ron Pauls movement together the racial biased and neo-conservative, tea-party extremist has gone together living in an alternative reality in their Alt-Right world… here is some information on Bannon. 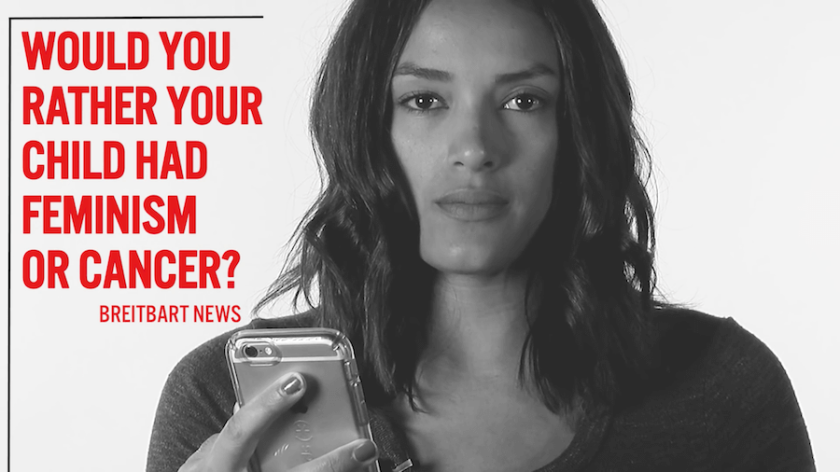 “But Bannon realizes that politics is sometimes more effective when it’s subtle. So he’s nurtured a Dr. Jekyll side: In 2012 he became founding chairman of GAI, a nonpartisan 501(c)(3) research organization staffed with lawyers, data scientists, and forensic investigators. “What Peter and I noticed is that it’s facts, not rumors, that resonate with the best investigative reporters,” Bannon says, referring to GAI’s president. Established in Tallahassee to study crony capitalism and governmental malfeasance, GAI has collaborated with such mainstream news outlets as Newsweek, ABC News, and CBS’s 60 Minutes on stories ranging from insider trading in Congress to credit card fraud among presidential campaigns. It’s essentially a mining operation for political scoops that now churns out books like Clinton Cash and Bush Bucks” (Green, 2015).

Some clarity on Bannon:

“Bannon certainly does appear to share some of Trump’s moral flexibility. On his radio show, he is fairly direct in trying to defuse some of the worst racial instincts of his audience. When one white caller offered the appalling observation that maybe it is time for white people to start shooting back, Bannon quickly backed him down in an effort that could pass for racial harmony in Breitbart land. But Bannon is equally energetic in leveraging what Ian Tuttle of the National Review has called “the racist, moral rot at the heart of the alt-right.” Even as he expressed personal discomfort to me with race-baiting, Bannon has given full rein to Yiannopoulos and others to exploit some very ugly things in this country” (…) “Breitbart, indeed, is a brand built on anger. And when I first started following the site, it was impossible for me to see anything beyond that anger. In contrast to the modulated tones of NPR, where I worked for years, the pulsating furor of Breitbart, and of its users, was mesmerizing and terrifying, not unlike a horrible roadside crash” (Stern, 2016).

The Alternative Right has gotten a strong voice inside the White House with this appointment. Nothing is stronger than having the Mercer infused millionaire, former film-maker to give ideas to policies inside the Oval Office.

As proven with the editorial charge of Bannon proves his stance on the racial bias:

“The outlet has undergone a noticeable shift toward embracing ideas on the extremist fringe of the conservative right. Racist ideas. Race-baiting ideas. Anti-Muslim and anti-Immigrant ideas –– all key tenants making up an emerging racist ideology known as the ‘Alt-Right.‘” (…) “A story defending Pamela Geller, who hosted a “Draw Mohammed Cartoon” contest in Texas. Police killed two men linked to ISIS who “stormed” the event. Breitbart then compared the event to Selma, Ala. and Geller to Martin Luther King, Jr.  Breitbart published an article “resembling white national screed.” It was an op-ed by former Rep. Tom Tancredo (R-Colo.). The ex-lawmaker discussed an epidemic of rape across Europe, specifically “Muslim rape.” (…) “Breitbart has always given a platform to parts of the radical right, most notably elements of the organized anti-Muslim and anti-immigrant movements. Breitbart has also organized conferences featuring nativist speakers and published op-eds and interviews with movement leaders. But since 2015, Breitbart began publishing more overtly racist diatribes about Muslims and immigrants.” (Rothstein, 2016).

So this is confidant of Trump, who has supported these ideas and spread them to larger audience and made it real. The Alt-right got a voice through the Breitbart system, now it will be an extension of the White House and the President with his role. As well as being pivotal man for the billionaire Robert Mercer.

We should worry, because I don’t believe the reach of Mike Pence or Reince Priebus isn’t where Stephen Bannon is at this point. Bannon can sway Trump and can give him advice on issues mattering for the National Security and Policy. Even as non-of them has experience of the Congress and Senate. Trump will make the final decisions, but he is not found of reading, so the digging deep into facts will be for others.

His advice will make changes in the free-world, the world as we know, and he will be more powerful might even than Dick Cheney over George W. Bush. That is why I started there, because Pence isn’t strong or in the ear of Trump as Bannon. Something that is already well-known.

This proves where President Trump stands, he just has Priebus to silence the fear inside the Republican Party, but the pick of Bannon is for the ones that are Alt-Right and Racial biased in his circle. To respect his voters who loved that he kicked out African-Americans, Latinos and stomped on the media, which the anti-establishment rural American voter loved. Bannon is their guy and is their voice. But he is not collective for all Americans and the All-American values. The Melting-pot is dying and the fear of racist in power is not far-fetched. It is just right there now on the steps besides the Oval Office. The free-world is bleeding. 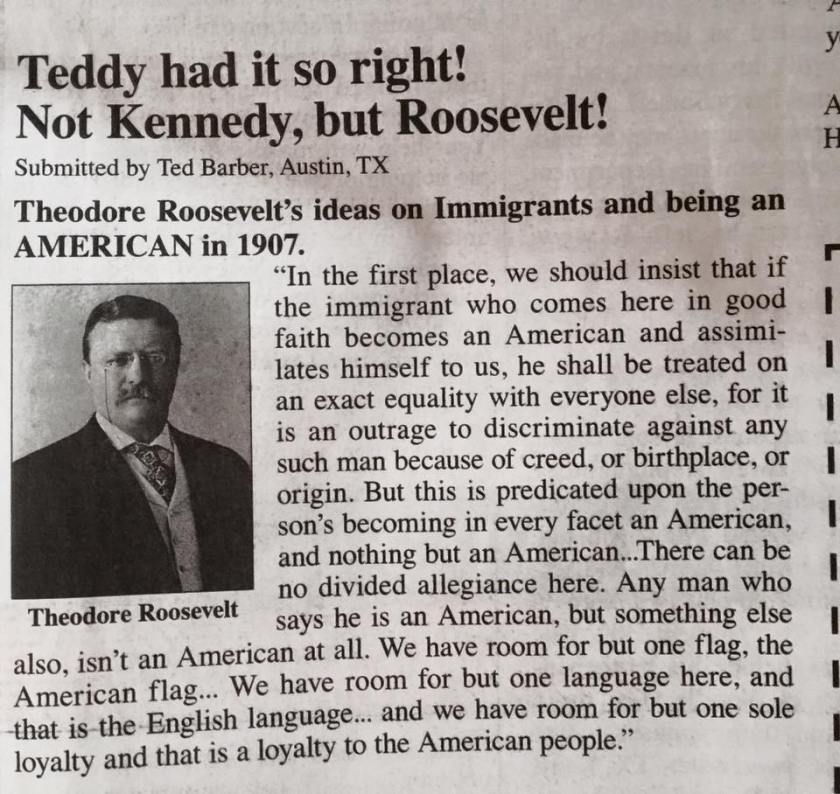 Green, Joshua – ‘This Man Is the Most Dangerous Political Operative in America’ (08.10.2015) link: https://www.bloomberg.com/politics/graphics/2015-steve-bannon/