Archive for the tag “VoIP Call”

U.S. Gov. Indicators of Terrorist-Hoaxes and these hoaxes are draining resources from the Security Operations! 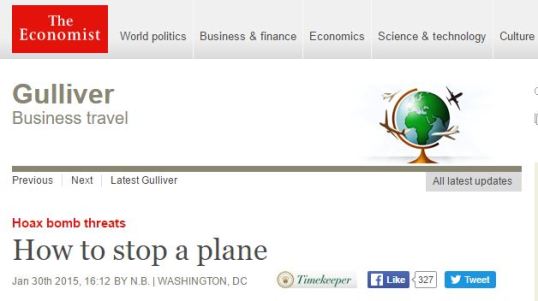 The United States Government fear the rise of phony terrorism hoaxes. I am sure there will be more prank calls from the White House to scare out the President on the RoboCalls. We can now learn about how the Security Organizations of US are seeing and indicating the possibilities of hoaxes, as such as students calling in to stop and an exam. The other being swatting where for a certain fearful agent of terror might swat a place to send Security Organizations into the wrong places and focus at wrong target.

The Intelligence shows through the study what kind of things that could catch people of guard. Like calling in shootings that isn’t happening that are straining the resources on goose hunts for the safety of the citizens. The Hoaxes that the citizens are sending in are using the limited resources that the Security Organizations have.

“Based on our analysis of open sources and DHS-supported fusion center reporting, we assess malicious terrorism hoaxes such as bogus e-mails and phoned-in threats, including swatting and automated robocalls, will continue to challenge first responder resources throughout the country and territories, as they create disturbances and send false alarms. According to numerous police departments, these hoaxes—claiming active shooter, fire, and bomb threats—divert valuable resources or close down locations; most are motivated by a desire to cause disruption or annoyance rather than physical harm, and do not represent an actual terrorist threat. We judge hoax threats will continue to strain state and local government first responder resources over the next few years based on the number of threats made in the United States over the past two years” (U//FOUO, 2016).

“Swatting uses the 911 system to report false incidents at a location (e.g., fires, shootings) and results in the dispatching of emergency services. Swatting poses a potential significant threat to public safety by diverting first responder resources needed to handle real emergencies occurring during the incident response time. Although most swatting incidents are criminal in nature, we assess the diversion of resources by a foreign terrorist organization (FTO) during a real attack would amplify the effectiveness of their attack against a different location. These calls could also result in accidental deaths by inadvertently placing unsuspecting victims targeted by the call in a confrontational situation with law enforcement tactical response” (U//FOUO, 2016)

“Robocalls use a computer-generated phone call made directly to a target or a group of targets rather than via the 911 system, often using a voice anonymizer to deliver a recorded bomb threat via telephone. Robocalls and e-mailed bomb threats are usually nonviolent hoaxes intended to force an evacuation of the threatened location, typically a school or a courthouse” (U//FOUO, 2016).

(U) Malicious terrorism hoax indicators can include, but are not limited to:

» (U//FOUO) Specifying the exact timing and target of an attack (since providing that information would jeopardize the success of an event);

(U) Swatting indicators can include, but are not limited to:

» (U//FOUO) Using a voice-over-Internet protocol (VoIP) system to report an incident, often falsifying the address on the operator’s screen;

(U) Robocall indicators can include, but are not limited to:

» (U//FOUO) Recording that is monotone or robotic, and background inconsistent with emergency or threat;

» (U//FOUO) Refusing to answer follow-up questions when prompted; and

If you don’t see the picture, you can see yourself teens calling for fun to the Police 9-11 and saying that their seeing a mysterious guy or student using the Security Organizations to mock or get rid of test at their high-school.

But this proves that the Security Organization has organized and studies the hoaxes to see patterns and such so they are sure that they can try to spot them for certainties, like if the feel of flow of information from the informant together with the system of call even says something. If it we’re through ordinary phone-lines the lesser chances of hoax calls to the Security Personnel. The informant who calls in hoaxes is usually actually asking for more than one type of response from the Police, Fireman or others to fix it.

This is information not only the Security Organizations should have, but the public so they could figure the difference between the men and woman who creates fake terrorist acts or hoax to make people into fear. The fear that could harm innocent and also strain the Security Operations locally for the harmful calls that could stop them from actually doing their job and actually doing their duty their fellow citizens! That should matter and the public should know so they don’t do such acts which costs the State and Federal State resource, man-hours and research that is precious. Peace.