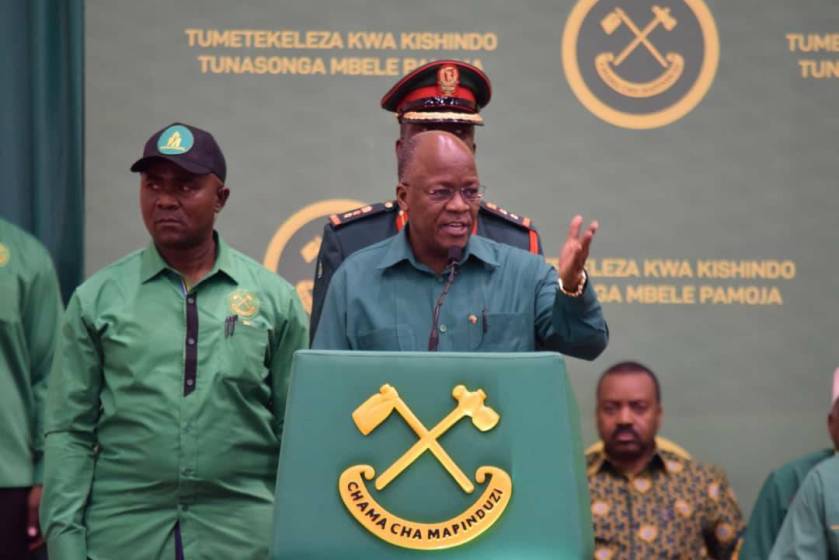 Nobody in the world right now is more afraid for the truth then President Joseph Magufuli. Why do I say this?

Well, no one I know in power has challenged the free press, the social media and all content in the way President Magufuli and Chama Cha Mapundzi (CCM) have done during his first term in power. No one has made it so difficult and made cracked down on the media houses like him.

President Magufuli is a coward. You cannot release statistics without getting an okay. You have to register your blog, the content and everything to the authorities. Newspapers and radios has lost license over broadcasting simple truths. Journalists behind bars and so fourth.

Today, the new regulation is that the local broadcasters are not allowed to broadcast content from foreign broadcasters, unless it has been verified and accepted by the same authorities. This is continuing the battle against the free press.

There is no revision of a law in connection to the media, free speech or content, that is not made with consideration of valuing the free speech. Instead it is made to secure the message and spread the message that the state wants.

The CCM and the President have added and added. Taken more and more measures. It is an overbearing enterprise, where everyone involved in media and online has to follow the regulations and laws. Unless, they want to be suspended or loose their licenses. Even paying the authorities to be a blogger and register their social media accounts.

Magufuli is so afraid of the written word, on-air and news on TV. That his prerogative apparently. It been part of his memo to the world. That his fearing the truth, fearing the reporting and people looking into his work. Because, he only wants to rubber-stamp everything and control all things.

That’s why the media is bruised and compromised by the state. This is all deliberate. Magufuli knows this and the CCM wants to censor the media.

Magufuli is afraid of the truth, if you know, now you know. Peace. 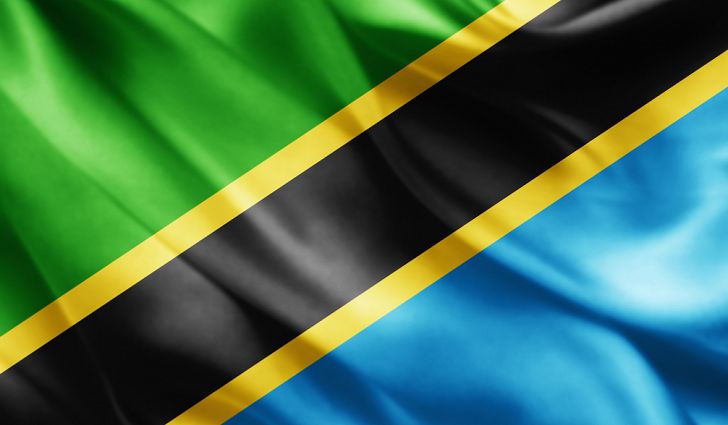 The CCM and President Magufuli is not playing around. This is a continuation of previous laws in the Republic. As all statistics, parties and so fourth have to register to do whatever. The new Electronic and Postal Communication Act (Online Content) 2020. The law is pretty clear, as the objective is to control the content online. This is not about free speech, but only allowing a certain crowd and participation, as the state doesn’t want dissent.

Magufuli is the most frighten man on planet. If he wasn’t so afraid he wouldn’t try to manage all levels of publications from statistics to social media. He needs to have helpless praise, if it is disagreement or not his memo. He will take away licenses and shut those people down. Arrest them on money laundering and other charges to keep for a long time in prison.

Every person who will publish content has to register with the authority, which is the Tanzania Communications Regulatory Authority. You have to file in paperwork and you have to the authority, if your are a online radio/television/blog/services. Therefore, all content produced and published has to satisfy the authorities. You have to declare what sort of category your part of and if your in certain areas. You need clearance and pay fees to able. The most expensive is news and current affairs.

There is strict regulations on what sort of content that is not allowed. In prohibited content there is large section and it can really make a large scope. The state easily assess and claim what you write fits the bill.

“(b) content that calls for or motivates, promotes or provokes non-compliance to the laws and regulations;

(c)content that is involved in planning, organizing, promoting or calling for demonstrations, marches or the like which may lead to public disorder” (EPCA, 2020).

(f)content that would harm the national currency or lead to confusion about the economic condition in the country” (EPCA, 2020).

This law here say it all. Not only registering and getting license to do it. The limitations for the bloggers, newscasters and such very limiting. It is like all dissent is now illegal. All sort of information and will to spread the news of possible demonstrations would be deemed illegal.

If a blogger or a media house would release information of a demonstration. That could be deemed illegal and the publication or page could loose license quickly. Even fined or arrested. All defiance and civil disobedience is deemed illegal. This is the protocol of this law.

Also, to top it off. Releasing confidential information, whistleblowing and such activities is illegal too. This will make the ability to get sources or information from the government nearly pointless. As, if it can seen as this, then the publication could be fined or arrested by this law.

We are easily seeing how little space the authorities are giving its public. The legislation of this type is limiting the space so small. That they can only add Winne the Pooh and Jesus quotes. If they are discussing certain manners, they could be fined and get issues with the TCRA.

The list of prohibited content is so long, that you need to be super careful. Some things always make sense like child pornography and spreading recruitment for terrorist organization. However, banning religious content, witchcraft and such. Just show how paternalistic the state has become. Maybe, that is why the public order is so important, that it can be destroyed if someone takes a piss of the seal of the state. Like that could hurt or damage the soul of the nation.

I thought greatness wasn’t been thin-skinned, but proving overbearing with all. Also accepting other speeches and content, than what yourself deem fit. However, here is a very small margin of error and you can get into a pickle. I’m sure sooner or later some singer or musician will be in trouble. Sooner or later, some publications or writers will be deemed unfit and bloggers, will be thrown to lions den.

This law is yet another masterpiece of paternalistic laws under President Magufuli. As he has to be shadow and has to accept everything happening in the Nation. I am sure, he soon has to vouch for couples if they can get married or not. If they can get kids or not. He has to know everything about their status, belief and their salaries before allowing they repopulate the Republic. Because, all content, all space for publications are now stepped on and watermarked by the authorities.

The President must be so proud. That he is so narrow-minded, that he cannot see the issues at hand, but instead create new Frankenstein’s monster by doing this. Peace.