“Political Bureau of the SPLM-IO rejects the declaration of General Simon Gatwech Dual as the new interim leader of the SPLM/A-IO. The highest organ of the opposition group met to discuss the recent defection of Gatwech & removal of former sector 1 commander Gen. Johnson Olony” (Radio Miraya, 05.08.2021).

“According the SPLM/A IO (Kitgwang) Spokesperson

– Two Generals loyal to Dr. Riek Machar Teny have been killed but their name will not be announce/identify due to security reason.

– Almost all heavy artilleries, tanks and vehicles from Machar IO have been captured in good condition.

All of this is happening as there is 30 people who is reported dead and 13 injured. The reports of the warfare and skirmishes between the parties of the Sudan People’s Liberation Movement/Army – In Opposition (SPLM/A-IO).

This is happening after Gen. Simon Gatwech Dual last month in a statement declared the end of the reign of Dr. Riek Machar in the party. However, the Political Bureau of the SPLM/A-IO rejected that and they have now openly rebelled.

Gen. Gatcwech Dual was the Chief of Staff, but has started to rebel with other allies in the Upper Nile. They are now doing in-fighting. This seems to become yet another rebel outfit. There are already others out there by Gen. Paul Malong and Lt. Gen. Thomas Cirillo Swaka. It would be yet another general creating his army. This is happening as the launch of another called South Sudan Patriotic Movement/Army (SSPM/A). Therefore, Gatwech Dual will have his loyal followers and fellow soldiers, which comes out from SPLM/A-IO. However, this is not a game of strength.

The peace agreement and R-ARCSS doesn’t need more men with arms. It needs people around the table and fix the mechanisms for a peaceful transition. This is just being in-fighting and not resolving things internally within the SPLM/A-IO. That is partly Dr. Machar’s fault, as he haven’t settled it or resolved the grudges. That’s why his generals are spiking it and suddenly turning violent.

The First Vice President (FVP) Machar needs to look at himself and what needs to be done. Everyone is triggering easily the guns, instead of going to the negotiation table. That isn’t what people should see. The mentality is out of whack and innocent is usually the ones who pays the ultimate price.

If Machar knew this was floated and had ideas of the possible brewing sentiments. Instead of letting it boil over. Everyone who follows saw the declaration and that should have been the moment he triggered some talks and fixed the issues the General had. However, Machar let it instead go a long time and now the blood has been spilled. All over a title and a rank within the SPLM/A-IO.

This here should be a humbling experience for Machar. That he has to act more directly and be with his leaders. It seems like something has gotten out his way and this is why the skirmishes has happened.

Machar needs to fix it and rapidly. This is his mess to begin with. It is his rebellion and they have targeted the SPLM/A-IO directly. They haven’t gone after the National Army or any other rebel outfit. No, they have gone for the head and to signal the throne.

This is why he has do something and not just expel them, but maybe even parley, as this shouldn’t be an incident, which can assault and destroy the R-ARCSS. Then its all Machar fault and he can be pointed at for a total failure. That is something I doubt he wants to be remembered for. Since this was his men and allies who went at him. This might hurt him and humiliate him. However, the deaths and the violence should be a reason to whatever he can to silence the guns. Peace. 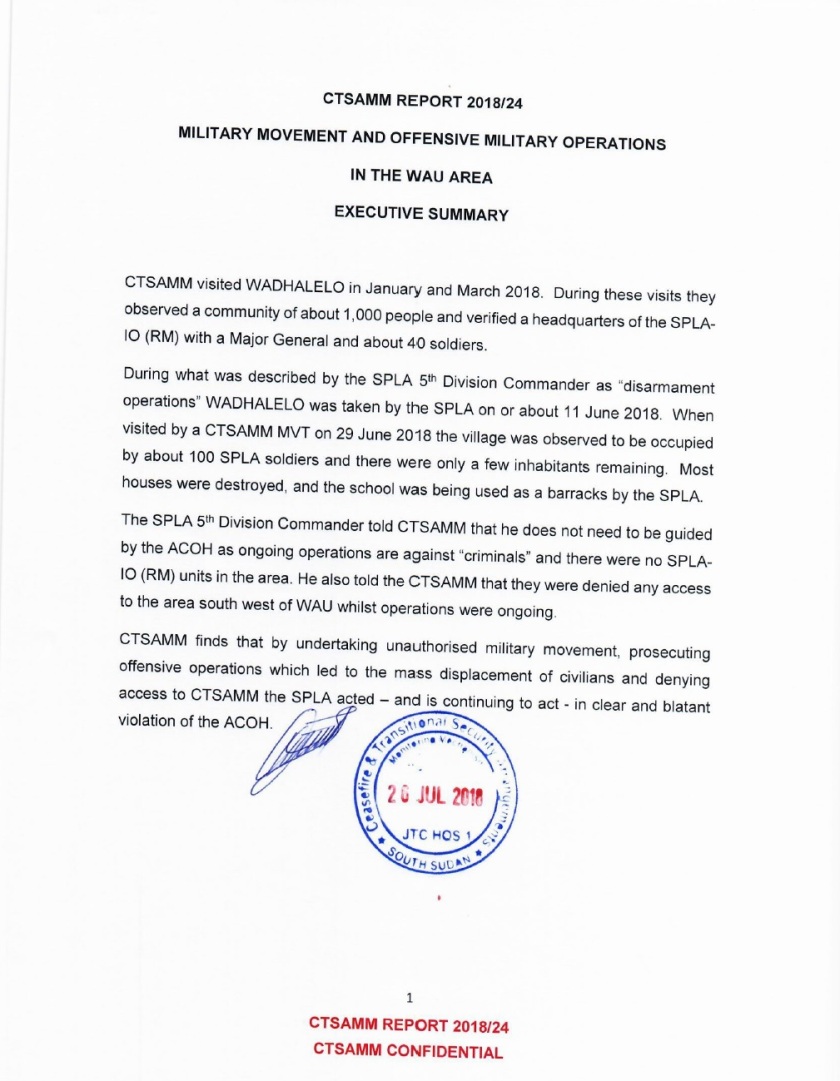 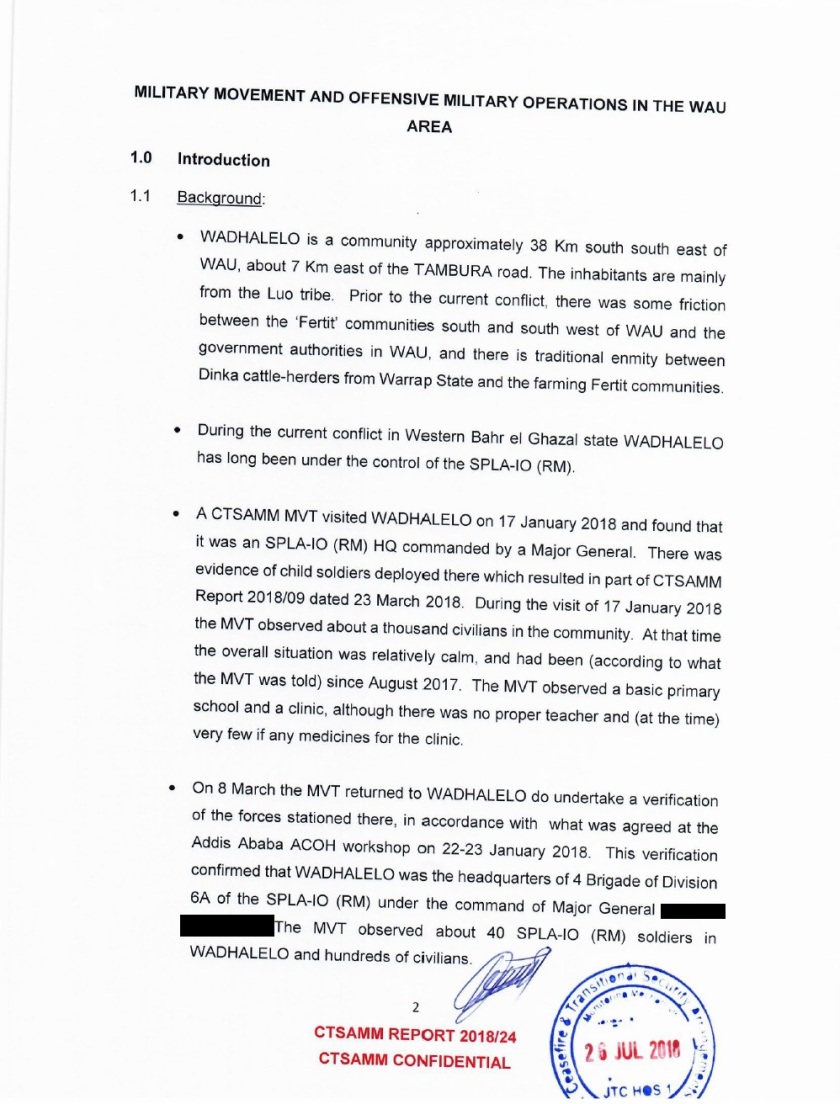 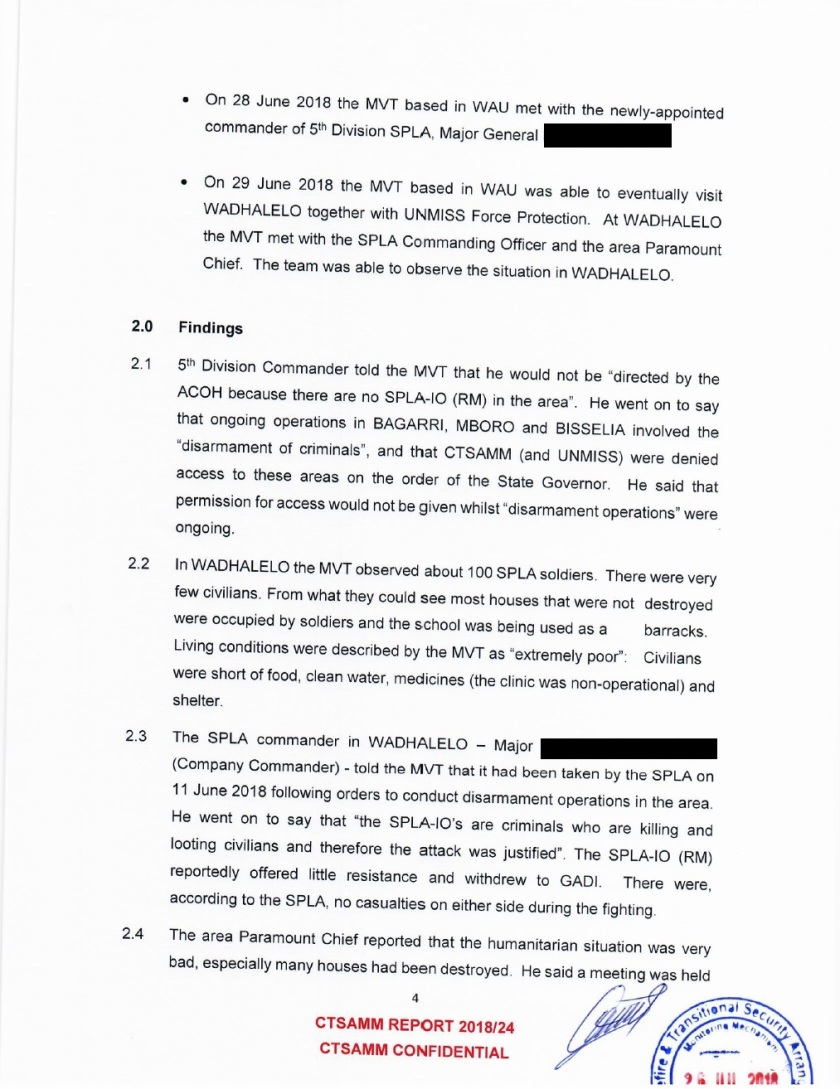 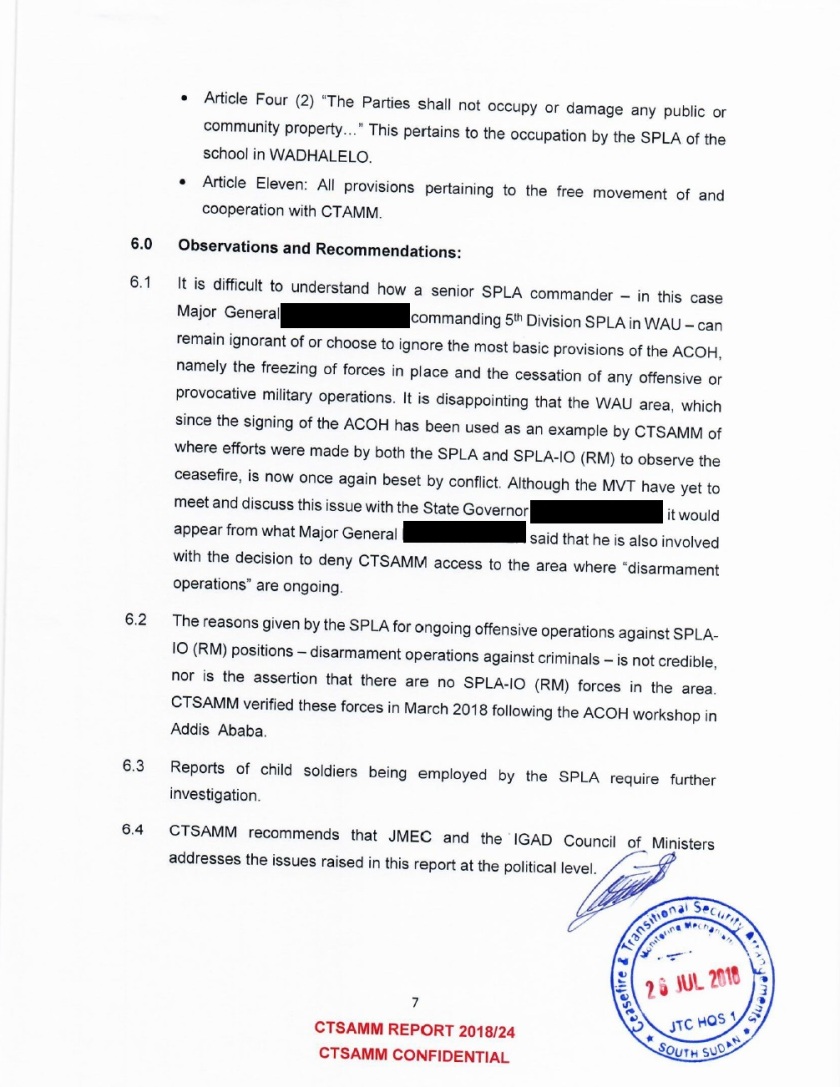 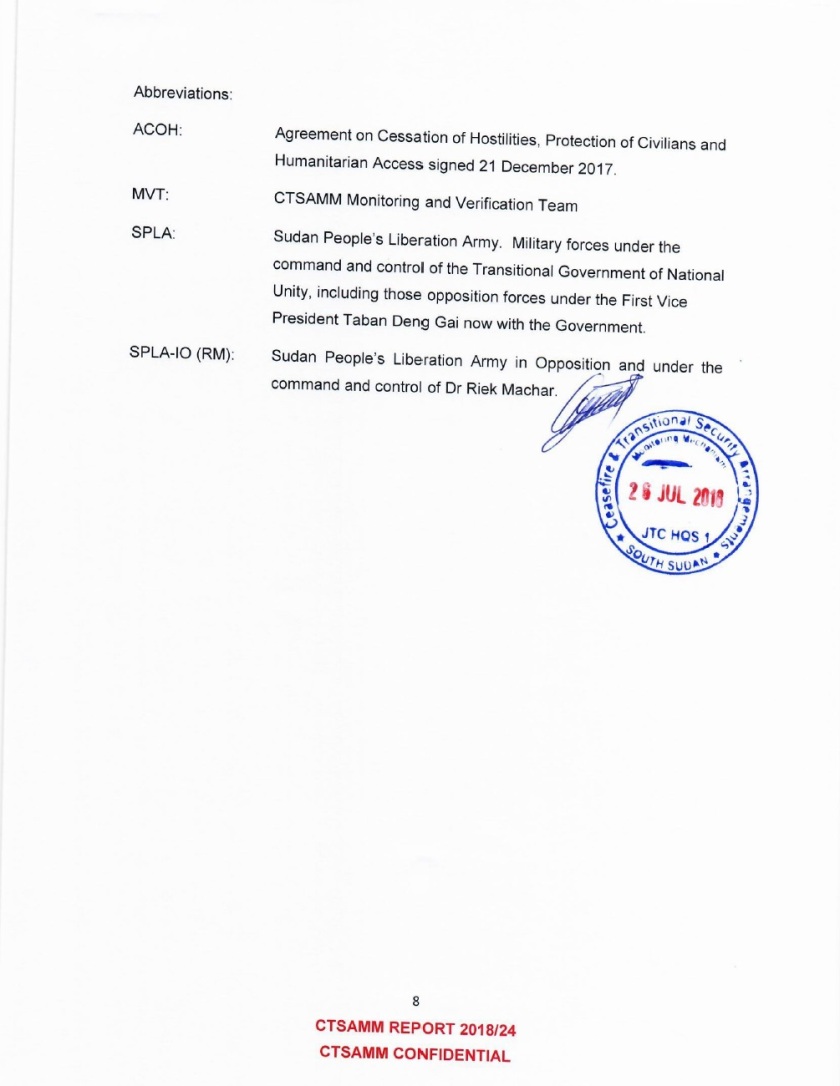 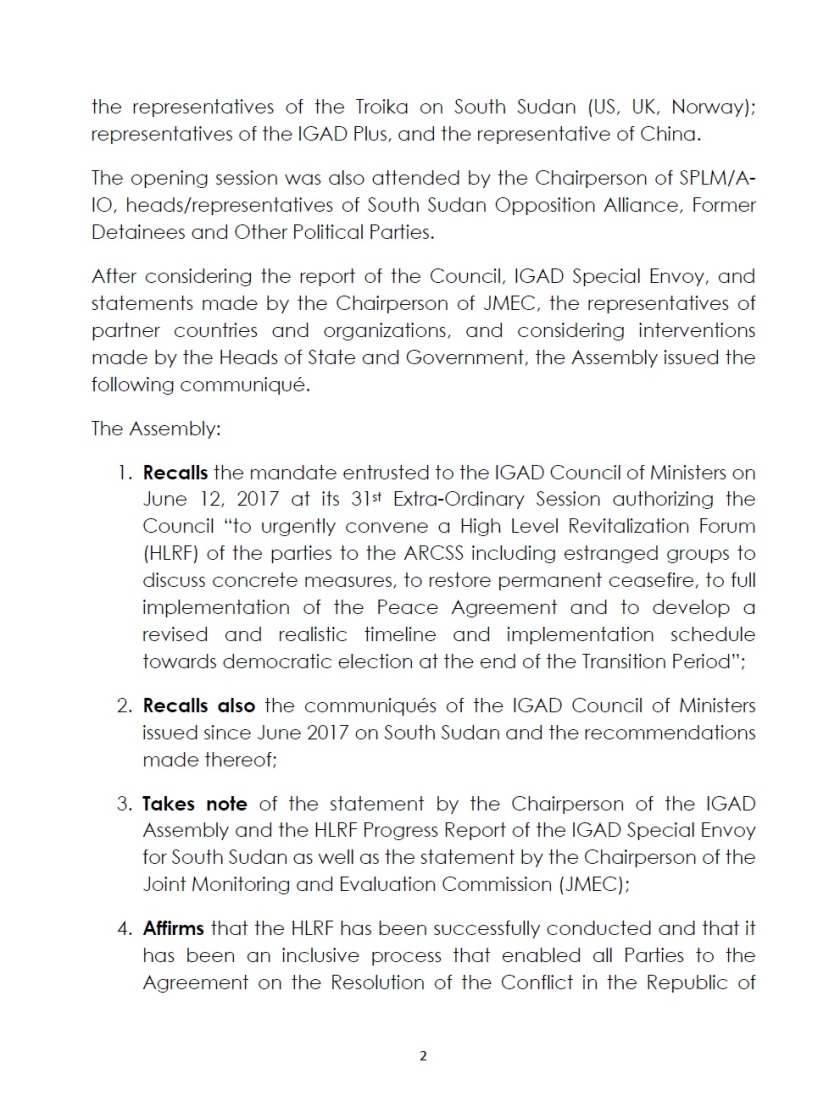 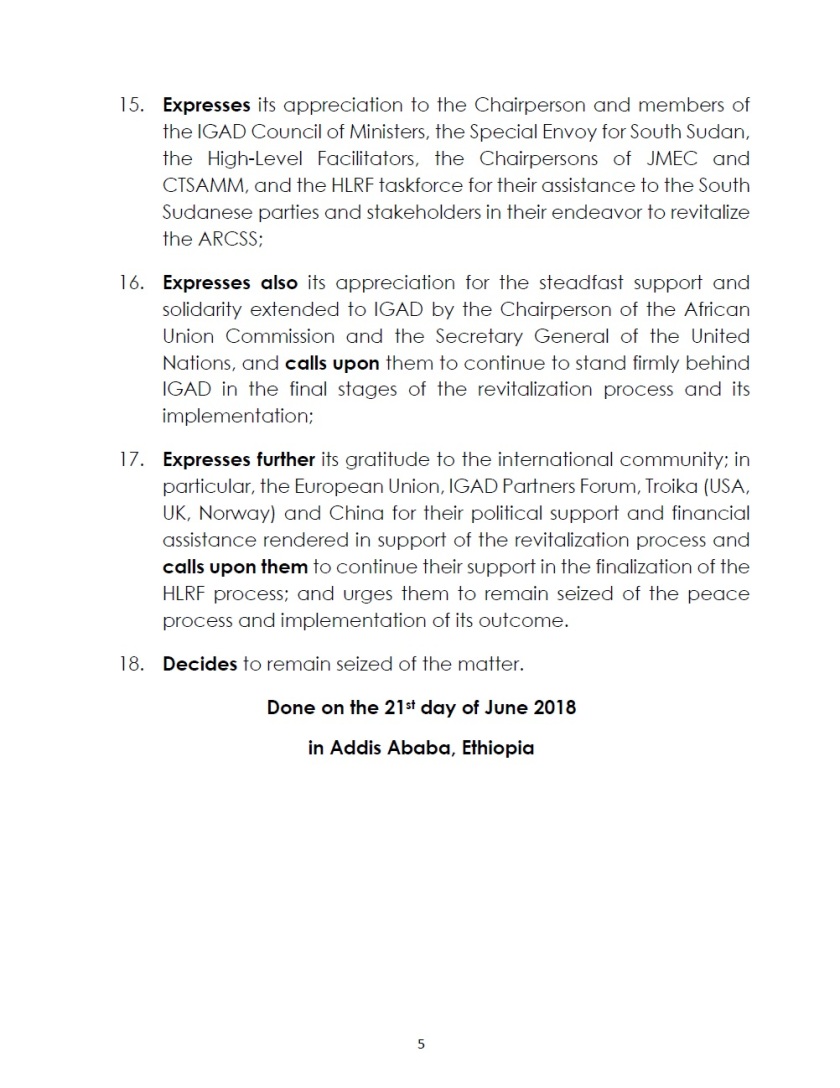 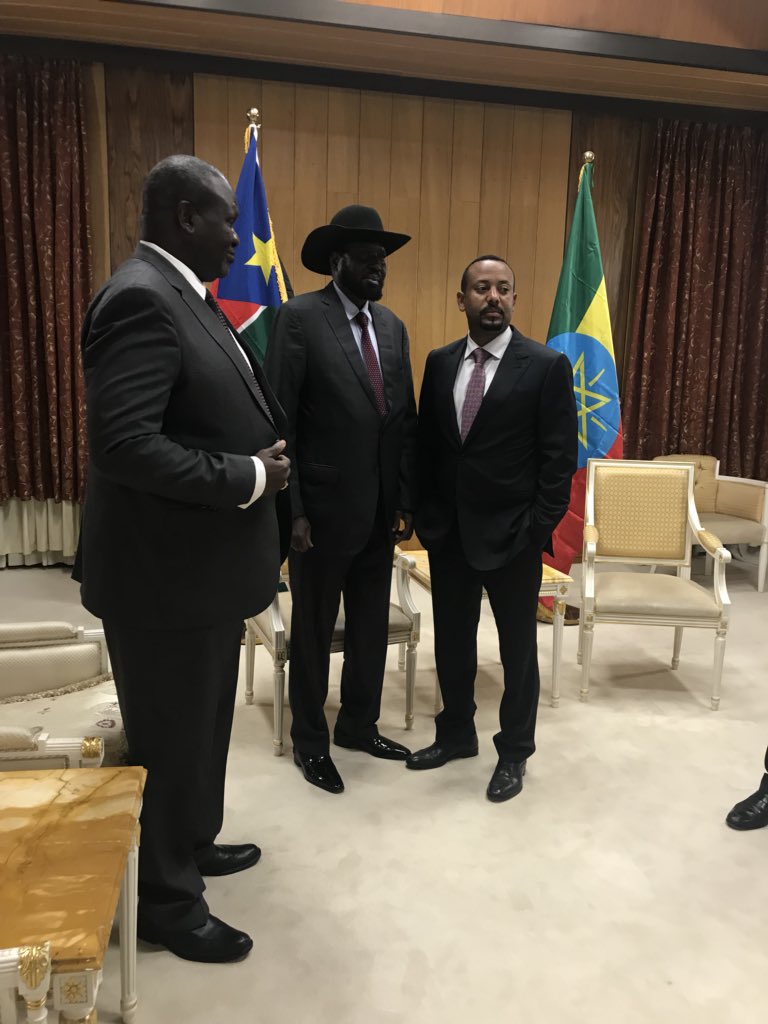 In South Sudan the prolonged civil war is continuing and with the fresh dialogue between the parties didn’t help. Some had hope that the Sudan People’s Liberation Movement – In Government (SPLM-IG) or the Transitional Government of National Unity (TGoNU) under the leadership of President Salva Kiir Mayardit. He has been ruling and with an iron fist. While the main opposition leader and rebel Dr. Riek Machar are running the Sudan People’s Liberation Movement/Army – In Opposition (SPLM/A-IO). There is also a coalition of other rebels and opposition, who is the South Sudan Opposition Alliance (SSOA) of 8 political parties/militias, some of them are run by big men like Dr. Lam Akol (National Democratic Movement – NDM) and Gen. Thomas C. Swaka (National Salvation Front – NAS).

Therefore, the knowledge of delegations from SSOA, TGoNU and SPLM/A-IO in the IGAD High Level Revitalization Forum (HLRF) that has failed as even the house-arrested Machar couldn’t mend the fences or the idea of peaceful progress. That means the army and militias will continue to fight until they got supremacy.

Some people had hope as Ethiopian Government hosted this 32nd Extra-Ordinary Session in Addis Ababa and the shared arrangement to work on the “Revised Bridging Proposal” for all the stakeholders in the conflict as IGAD prepared for the dialogue this week. Still, that did not make it easier. They have the Joint Monitoring and Evaluation Commission (JMEC), United Nations Mission in South Sudan (UNMISS) &Ceasefire and Transitional Security Arrangements Monitoring Mechanism (CTSAMM). All of these are interfering and monitoring the Republic. This combined with all the NGOs and Bilateral Organizations who support as well. Therefore, the international community is involved in the process. They are bookkeeping and securing needed services in the midst of the civil war, even footing the bills for it all. So the TGoNU can continue their fighting against their opposition.

This combined with various agreements that has not been kept, cease fire violations and such. These War-Lords really has no plan of quitting. They are preoccupied with the continued conflict and the looting of the Republic. There major resources being squandered away, not only seen by the Sentry in their reports, but the Kenyan bloggers are looking into the money laundering and estates owned by the War-Lords from South Sudan. Clearly, they are preoccupied with earning money on the toils and tears created by the conflict. That is why they are afraid of their future if the conflict ends. The guns are speaking their language. Even as the people are still lingering in refugee camps abroad and the Republic has no solution. The leadership isn’t hungry for peace, it is hungry to overcome its advisory.

At this point as the years lingers and the leaders continue to eat of the poverty, the famine and civil-wars, even as the state is bankrupt, creating higher bank-notes and the international community is footing the bills for development and needed supplies in refugee camps. This is clearly not the intention. But that is the sad reality as the innocent are dying and is afraid. The own leadership are holding this on. They are violating agreements or stifling it. If they are not getting their way, they are picking up guns or sending tanks to their yards. That is what happen in 2016, when the 2015 Agreement was starting to be established. However, that only lasted months before the new fresh conflict we are seeing today. Since then, there has been more deflections and more creations of new outfits who wants both Machar and Kiir to step down. However, none of them seems to fit the bill.

The state of affairs is sad. The people deserve peace, but War-Lords are busy finding ways to outsmart the enemies. Instead of dialogue and building real bridges, they are instead blowing them up hoping no-one finds out.

The people of South Sudan deserves better, but the leadership is busy killing each other and trying only to use ammunition to do so. They are not interested in talking. They know the trigger and is ready to aim. Peace.