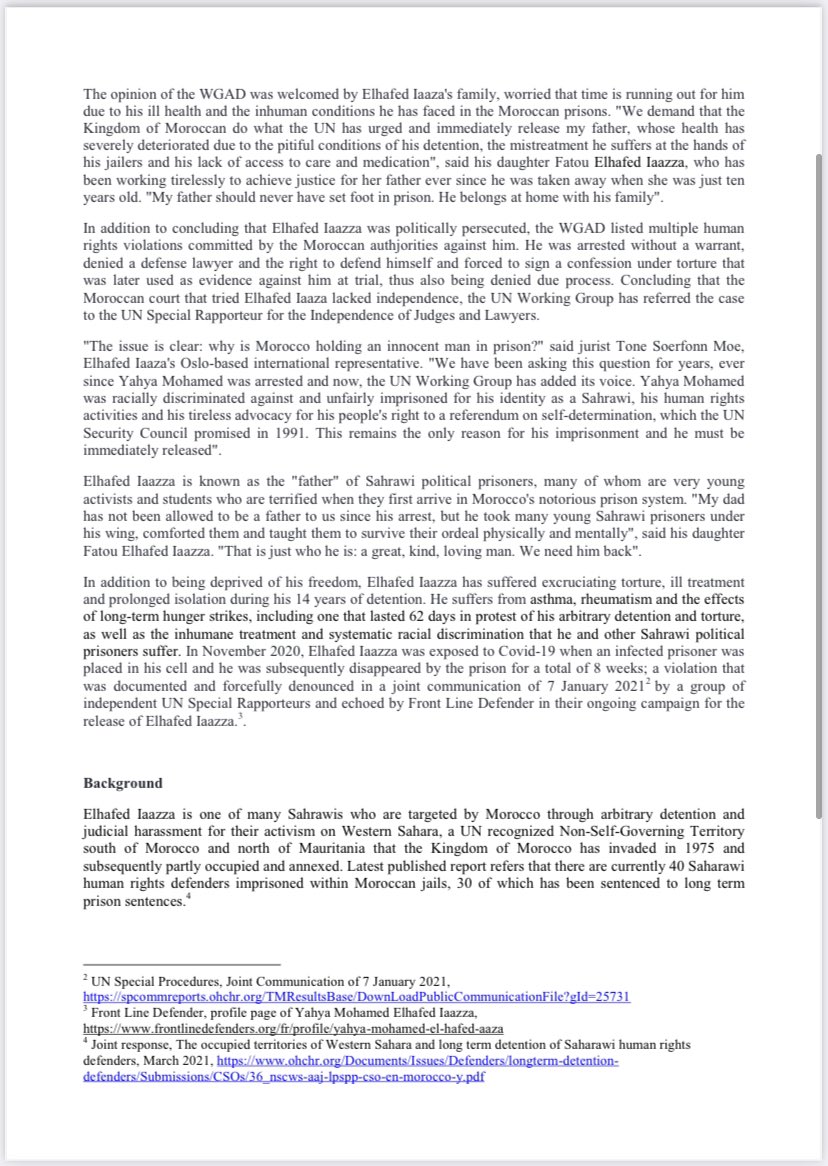 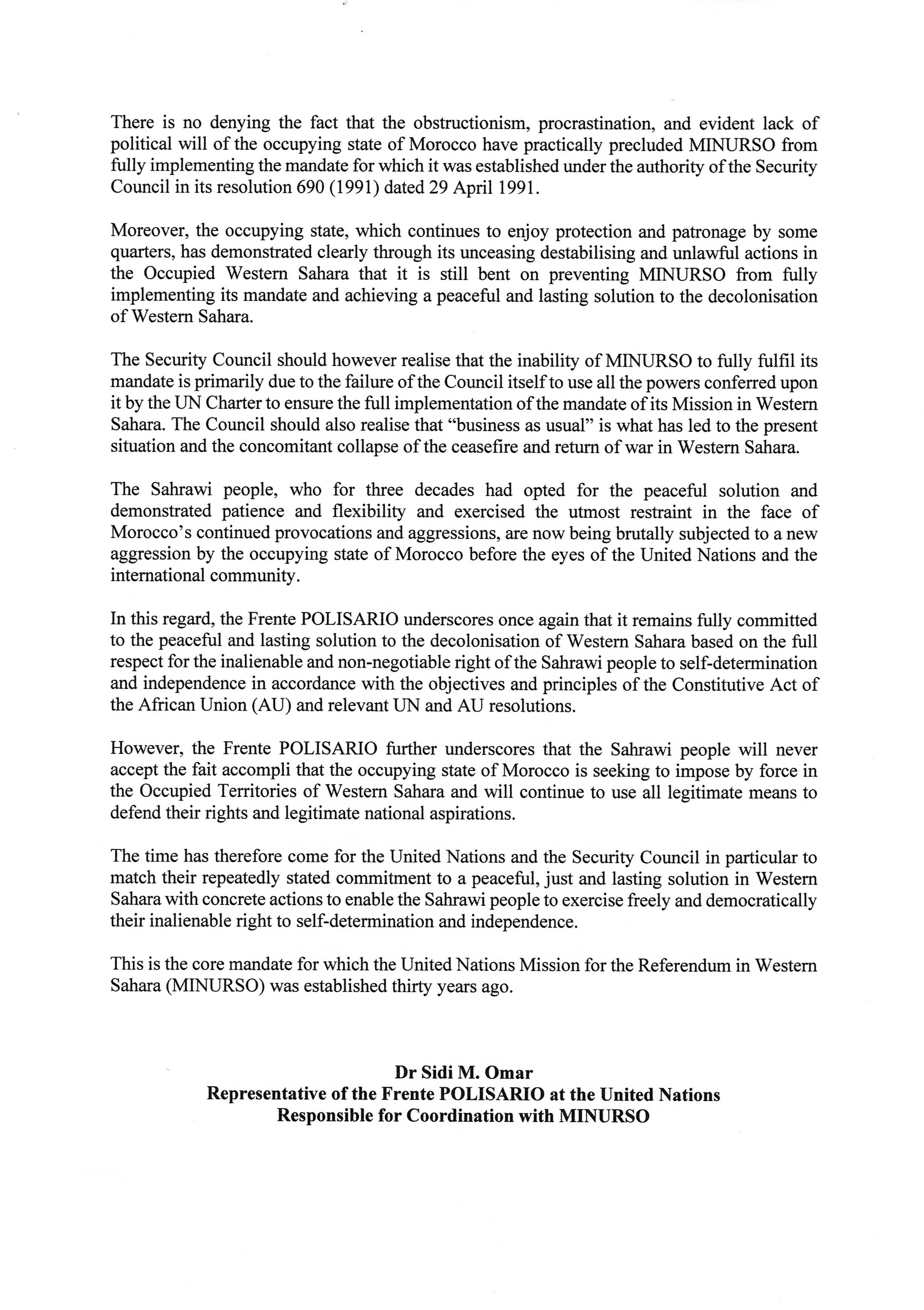 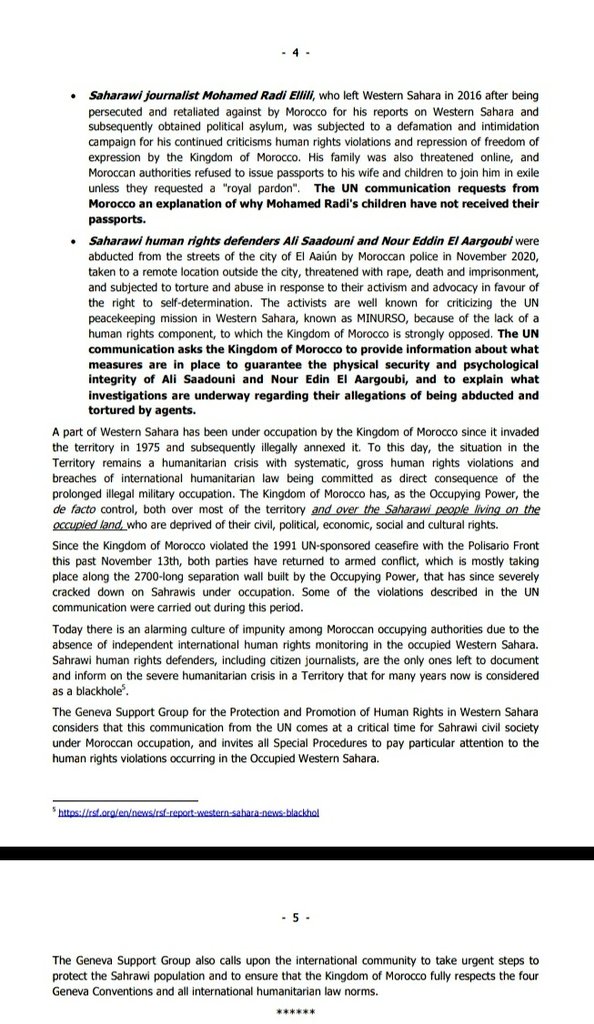 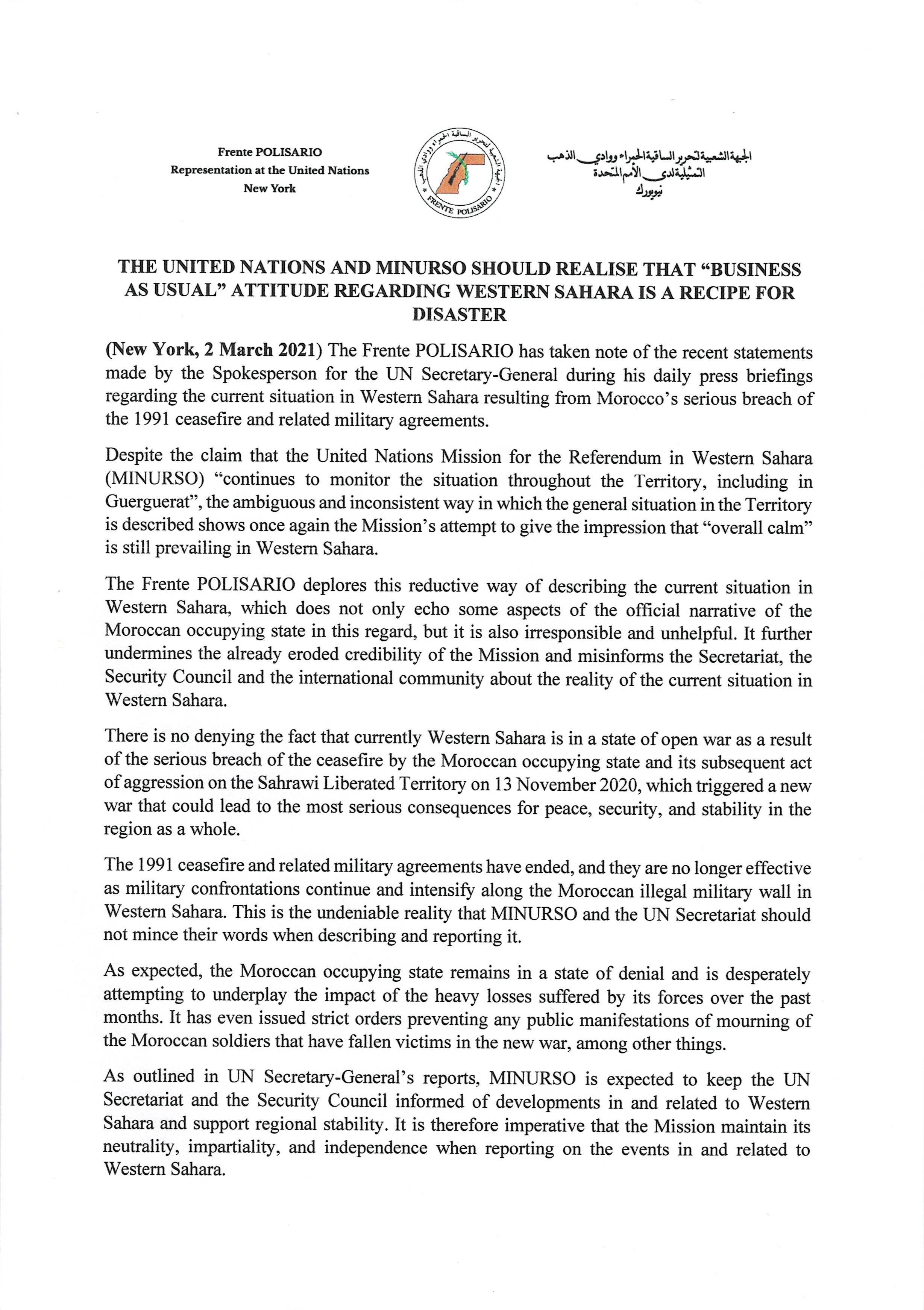 Today President Donald J. Trump through the “deal” or “agreement” made between the Kingdom of Morocco and Israel. Have ensured that the Kingdom can annex the “Southern” provinces or Western Sahara or the Sahrawi Arab Democratic Republic. Because of the support of the Polisario Front, the government in-exile have claimed the independence and own state. However, the Kingdom of Morocco have claimed it after Mauritania “left it”.

This is why it’s really unfortunate that the Trump Administration in its final stages are arranging a “legal annexation” of Western Sahara. This will further escalate the “cold-war” between the neighbours of Algeria and Morocco. Who already fought the Sand Wars over the same territory. As the Algerian government is supporting the Polisario Front. While Morocco wants to keep a bigger territory. Where they can also enforce its control, extract its resources and sell the fish abroad. Which it does and have done.

This Israel-Morocco deal is surely to give another “victory” in the supposed legacy of Trump. However, this might be remembered for further escalation and cause more problems for the UN Mission in Western Sahara (MINUSRO). A UN Mission which will in trouble and cause issues about brokered peace deal of 1991. This will most likely hurt these endeavourers and cause more harm.

The Government-in-Exile will surely be hit by this and the Algerian allies will react to this. The support from all across the continent will react too. As there been a long history of solidarity across the African liberation movements in support of the independence of SADR. Therefore, today’s actions thwart that.

It is a sad day. As this is throwing a Molotov cocktail into the conflict and probably causing more frictions, tensions and escalations between Algeria-Morocco. Since both parties are invested in it and has their pride in this.

The United Nations needs to mediate. The African Union needs to get active before Algeria, Polisario Front or Morocco annexes it officially. Not only “holding” the territory, but taking full ownership. That would cause such harm and we would have a cross border battle. Also, possibly involve more Republics. As the surge for support of the cause and secure its benefactors.

The Kingdom of Morocco might cheer today. However, that is all false celebrations. As they are colonizing an area, which isn’t their to have. It is the SADR and not “Southern provinces”. Let’s that be clear.

There is a need for solidarity on this and the people of SADR. The Sahrawi deserves recognition. It is their birthright. It is not for Morocco too take. Trump is an erratic bullshitter and ego-maniac. That man doesn’t care about the consequences as long as he gets a cut or pay-off. We can wonder what that is here, but with time the price will eventually leak.

The SADR isn’t something you bargain for cheap. It isn’t a commodity you sell. It is a Republic that shouldn’t be for sale. However, Trump easily sold the Kurds out too. So, this follows a pattern. Peace.

The Security Council decided to extend the mandate of the United Nations peace operation in Western Sahara for one year today, with the voting results announced by videoconference, in accordance with the temporary silence procedure* adopted for the COVID-19 pandemic.

Adopting resolution 2548 (2020) by 13 votes in favour to none against, with 2 abstentions (Russian Federation, South Africa), the Council extended the mandate of the United Nations Mission for the Referendum in Western Sahara (MINURSO) until 31 October 2021.  It called upon the parties to the dispute over that territory to resume negotiations without preconditions and in good faith.

The Council also rejected a second draft resolution, on the agenda item “Women, peace and security”.

By the MINURSO text, the Council emphasized the need for a realistic, practicable and enduring solution to the Western Sahara question based on compromise, as well as the importance of aligning the Mission’s strategic focus and orienting United Nations resources to that end.

Expressing its full support for the ongoing efforts of the Secretary-General and his incoming Personal Envoy to sustain the renewed negotiations process, the Council noted the intention of the former Personal Envoy to invite Morocco, the Frente Polisario (Popular Front for the Liberation of Saguia el-Hamra and Rio de Oro), Algeria and Mauritania to meet again in the same format.  It welcomed the commitment of those parties to remain engaged throughout the process in order to ensure a successful outcome.

In calling for the resumption of negotiations, the Council asked the parties to take into account the efforts made since 2006, as well as subsequent developments, with a view to achieving a just, lasting and mutually acceptable political solution that provides for the self-determination of the people of Western Sahara.  It invited Member States to lend appropriate assistance to such talks.

Reaffirming the need to fully respect military agreements previously reached with MINURSO regarding a ceasefire, the Council further called upon the parties to adhere to those agreements, implement their commitments to the former Personal Envoy and refrain from any actions that could undermine negotiations or further destabilize the situation in Western Sahara.

By other terms of the resolution, the Council requested that the Secretary-General provide regular briefings on the status of negotiations during the mandate period; apply his framework for comprehensive and integrated peacekeeping performance policies to MINURSO; and increase the number of women engaged in the Mission’s work, as well as their meaningful participation.

Vassily Nebenzia (Russian Federation), Council President for October, announced the silence-procedure voting results for the draft resolution on the agenda item “Women, peace and security”, noting that the text, having received 5 votes in favour (China, Indonesia, Russia, South Africa, Viet Nam) to none against, with 10 abstentions, failed to garner enough affirmative votes and was rejected.

That text would have had the Council note with deep concern persisting barriers to the full implementation of resolution 1325 (2000) and subsequent “women, peace and security” resolutions.  It would have urged Member States to ensure and promote “the full, equal and meaningful participation of women in all stages of peace processes” and remain committed to “increasing the number of civilian and uniformed women in peacekeeping at all levels and in key positions”.

Further, the text it would have had the Council urge Member States to facilitate women’s full, equal and meaningful inclusion and participation both in negotiating delegations and in mechanisms established to implement and monitor agreements.

The text, which would also have had the Council recognize the twenty-fifth anniversary of the Beijing Declaration and Platform for Action, was the outcome of the Council’s open debate on the “Women, peace and security” agenda, convened on Thursday by the Russian Federation to commemorate the twentieth anniversary of the adoption of the landmark resolution 1325 (2000).

* Security Council resolutions are currently adopted through a written procedure vote under temporary, extraordinary and provisional measures implemented in response to the COVID-19 pandemic, as set out in a letter (document S/2020/253) by its President for March (China).