Archive for the tag “TV Channel”

Ugandan Presidential Live TV Debate was actually on; but Mzee chickens out and is off! 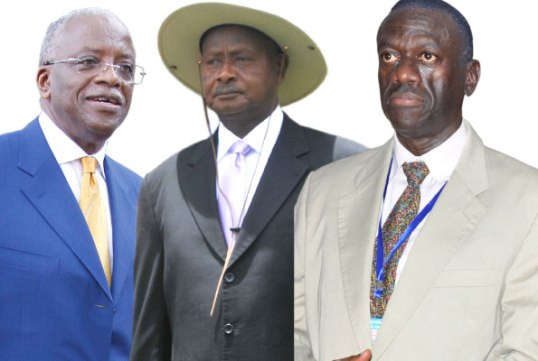 Well, I have written a piece on this before where I started like this: “There is a dream of TV-Debate between the three main candidates in Uganda: the NRM with Museveni, the Go-Forward Amama Mbabazi and the FDC Dr. Kizza Besigye! So what will that be, it should be sent on NBS, NTV and WBS at the same time. So that nobody can watch dubbed South American TV-shows for those who don’t care about the politics or elections” (Minbane, 23.11.2015).

Well, the spokesmen of both the campaign team of Mzee and Governmental one says he want show up to the planned one on the 15th January. Here is what been verified today:

Ofwono Opondo the NRM or Government spokeperson says: “Museveni will have no time for the presidential debate”. He continues with this reasoning: “President Museveni has no time to engage in a presidential debate for 6 hours. He will use the time in more meaningful engagements with the Population”. Michael Sebalu said this today: “We respect and value even lowest our supporters… we cannot abandon them to go to Serena and waste time!” 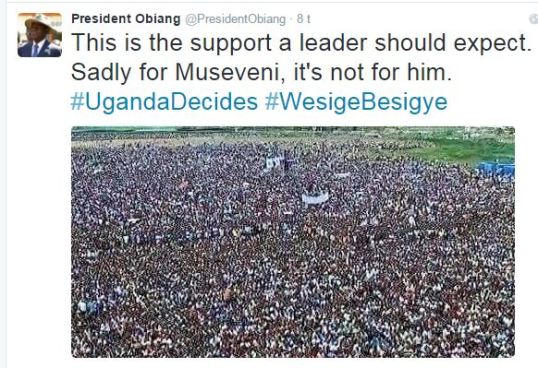 Mzee could stop campaigning for governmental matters earlier and the papal visit which made him look a bit genuine. Now it’s just a mockery and makes no sense. This is weak tea not even a strong masala mix take away the bad after taste.

If you want to read a made up Ugandan TV-Debate read my former post from November 2015:

So there is yet again Mzee looks like he is chickens out; just a week away from the TV cameras to be broadcasted live on TV. This is something he could fake or spin is his way. His NRM Team and Campaign crew could have set some standards, but he couldn’t rehearse the answers. Like the international interviews that hunts him and the answers showing his true passions. The same will happen on the Live TV-Debate where the spotlight will eat him. 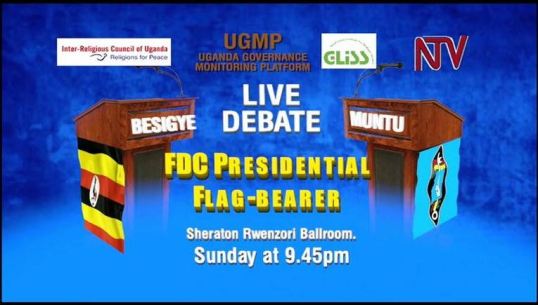 Though he said this earlier in the year:

““President Yoweri Museveni, also NRM flag bearer, says “he is ready to take on any of his fellow 2016 presidential candidates in a public debate” (…)”While addressing a press conference early Monday in Gulu at the State Lodge, Museveni said: “If Besigye or any other candidate wants to debate with me, I am ready. I don’t move without my mouth or brain…” (…)”The president’s comments today come days after Forum for Democratic Change (FDC) presidential candidate Dr. Kizza Besigye challenged him to a debate ‘to discuss issues affecting Ugandans’” (…)”Besigye became the second candidate to dare the president to a live televised debate after Venansius Baryamureeba” (NBS TV, 23.11.2015). 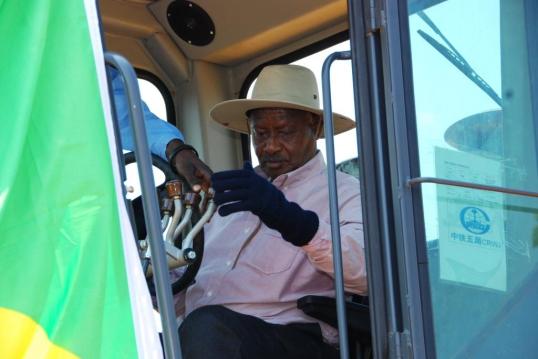 So here we are where the NRM and its President who happens to be Presidential Candidate; that can’t be able to show up to a Presidential Candidate Debate on live TV. That is because he can’t all of sudden stop campaigning or schedule with the Electoral Commission or have his screws loose in his pocket; have fear for the outcome of the whole shin-ding and knows he might look like old buffoon instead of the wise old-statesmen he thinks he is. We won’t hear any bible-quotes from him or any imaginary tales of old when the Live debate on TV happens, because he can’t his team, or himself in general to address the public proper. Unless he controls the venue and have all creative control; he and his loyal staff or his loyal subjects who are YES MEN. Because the giant of 29 years can’t trust himself to not blunder or speak some kind of hurtful. Mzee might come with some stupid comment when the TV channel has it directly sent for the world to see. Even if the Government usually turns of transmitters when some unwished spiteful or opposition leader goes too far, than they will take the whole radio or TV station down for necessary time.

Well, we all know by knew by now that this would not happen, that why I wrote it would be a dream in November 2015. Mzee doesn’t have the balls or integrity to show his face together with the pack of candidates, especially not his arch-nemesis Hon. Amama Mbabazi or former arch-nemesis Dr. Kizza Besigye. Because he will not be discussed in the ways of villain or buffoon, but he looks like whiny old man who doesn’t have the ability to carry his own words. Because he said in November 2015 that he would join and be a part of the Live TV debate.