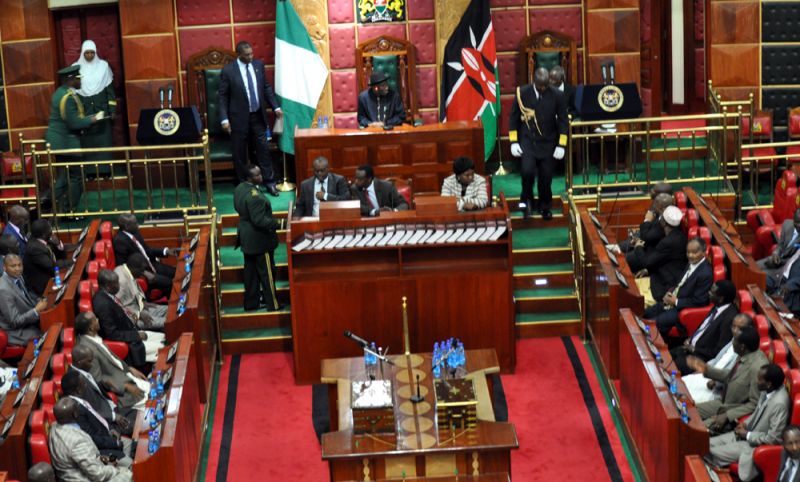 There are the questions in this day and age where the power of men is unstoppable. Where the Men and Woman in Parliaments use their opportunity to take shortcuts and ways to generate more power if possible! This is what has happen today in the Kenyan Parliament as they want to secure their power and their will to make laws with their approval and nobody else.

The initial act of the amendment is setting the precedence for the approval rating and the grander gesture of the Parliament as they will have deciding effect of the lawful assembly. Not anybody else, as the Parliament can act on their own and the chambers of the Parliament decide the laws and levy them.

Here is the original text from the 2010 Constitution:

“(6) Any treaty or convention ratified by Kenya shall form part of the law of Kenya under this Constitution” (Constitution 2010 Kenya).

So after the vote in Parliament the Constitution will say something else, which gives certain powers to the people, the representative and so on; that is why the Constitution is set the standard of what country should have as a national level of law and justice. That is what a constitution does. So today there become a law into action made by the Representative, Members of Parliament decide to give themselves more power. As this simple added sentence into the constitution. As with the amendment will say this:

“(6) Any treaty or convention ratified by Kenya shall form part of the law of Kenya under this Constitution after the approval of Parliament”.

So there you have it. What the Parliament wants to succeed doing in own powers and nobody else. They can approve laws without anybody else through Parliament. That gives the Members of Parliament the rights to carte blanche to approve the bills into law. So the Modus Operandi will be that the MPs can through approval get it ratified into law. That is really securing POWER of the MPs and nobody else, as the approval is given them power over the judiciary and the Parliament can therefore override the “experts” on laws as they can make it on their own behest. Seems like something CS Nkaissery who likes all the power in his hands. Though has not the imprint on this as the Committee that was set-up fixed this one and other change to the law; this is one added sentence, but the law entitled lots of more as the amendments is 65 pages long. So if you want to study the changes you should. Peace.

The General Suggestion for the Draft Constitution of Kenya (Amendment) Bill, 2015

The Constitution of Kenya 2010