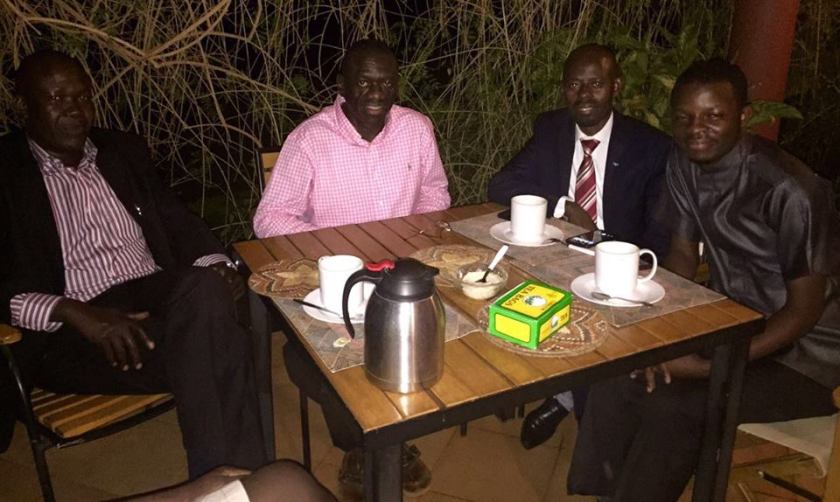 “Dr. Kizza Besigye is under close monitoring but not under house arrest” said the Inspector General of Police Kale Kayihura during a press conference on the 26th March 2016.

We can yet say that IGP Kale Kayihura, that he yet again spoke to media during the last 24 hours in Kampala saying that Dr. Kizza Besigye is only under monitoring by the Police Force and not under house. While that was happening hours later at Kasangati the scheduled Live TV Show Fourth Estate was supposed to have a live feed and interview with the Dr. Kizza Besigye at his home in Kasangati. 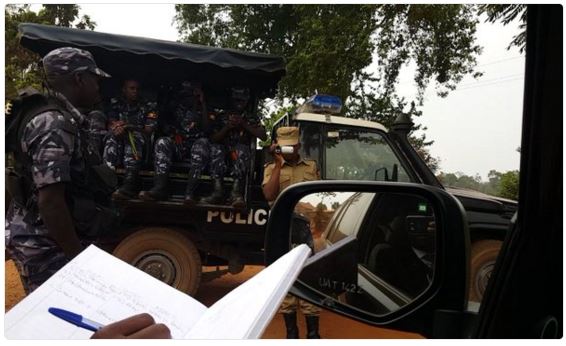 As we know the Mzee has issues with the NTV, they have been banned before by the NRM and their Sole Candidate and front runner. So today the Police around the gates of Besigye home decided to gag the media and close the feed and the inital planned broadcasting of the TV Show. The Police actually ended up confiscating the cameras and equipment from the NTV TV Crew who was supposed to be live from the home.

This proves the words wrong, if he was a free-man as IGP Kale Kayihura recently said to the media and on the press conference, then the NTV TV Crew would walk like free-men in to his home and not go through roadblocks, signing in visiting books and checkpoints with heavy security personnel. I am sure that IGP Kayihura doesn’t sign in, get all of his visitors checked before they get to his own home in the suburbs of Kampala where he lives, right? I presume his living place, since he is surely not living in a shack in the Kalerwe slum. While eating the wealth of Mzee’s embezzled money.

So the Police have initially banned the Program from broadcasting as they had planned. The Fourth Estate is not allowed to discuss the manners and democratic values to the Ugandan people as the Police Force is in embedded with the NRM-Regime and follows their instruction without questions. They was allowed to go in, but not with the NTV first barred from entering the home, later allowed with the Fourth Estate Charles Mwanguhya Mpagi.

The Government and the Police have no honor and proof is just with the comment; you can tell your lies to somebody who might believe them. Because this is just a mockery of the justice system, the laws of the country and the regard for human rights in the case of man, who happens to be a symbol of everything the present President is. That is the scenario and as stated before, every actions and every single day the legitimacy of the President lingers away. Peace.