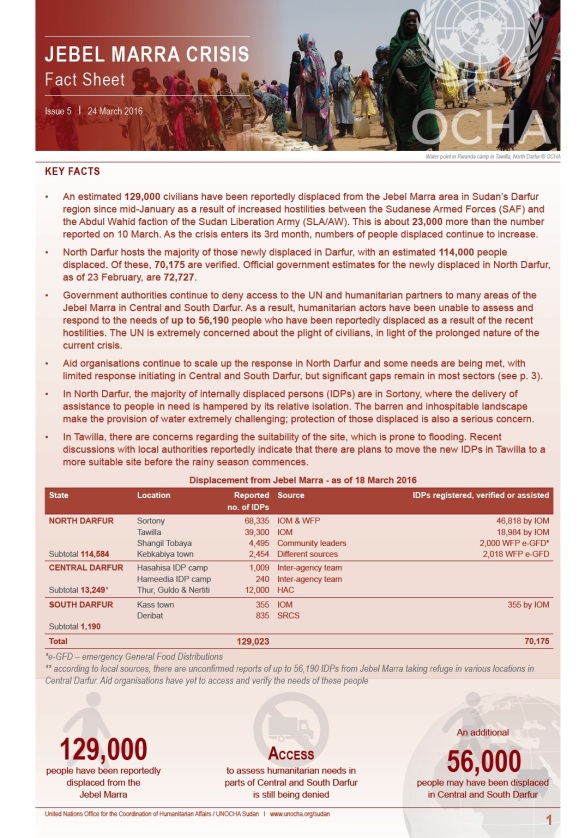 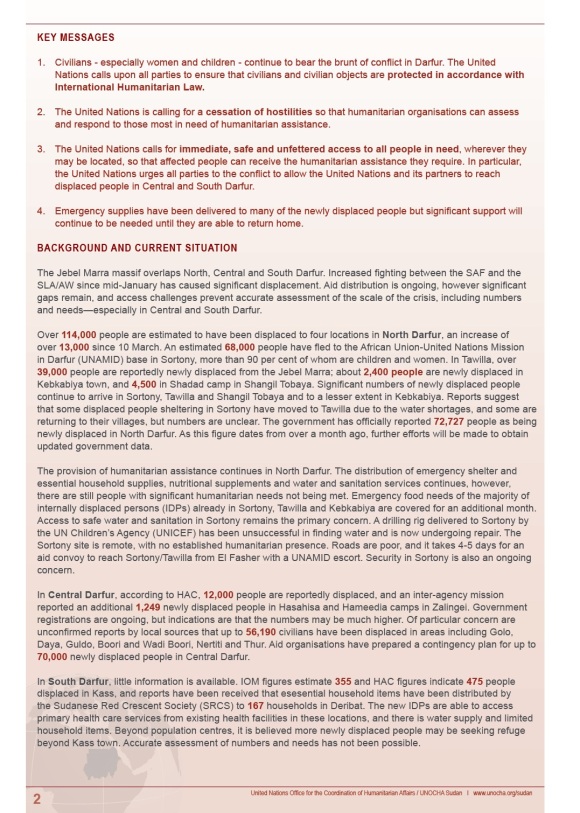 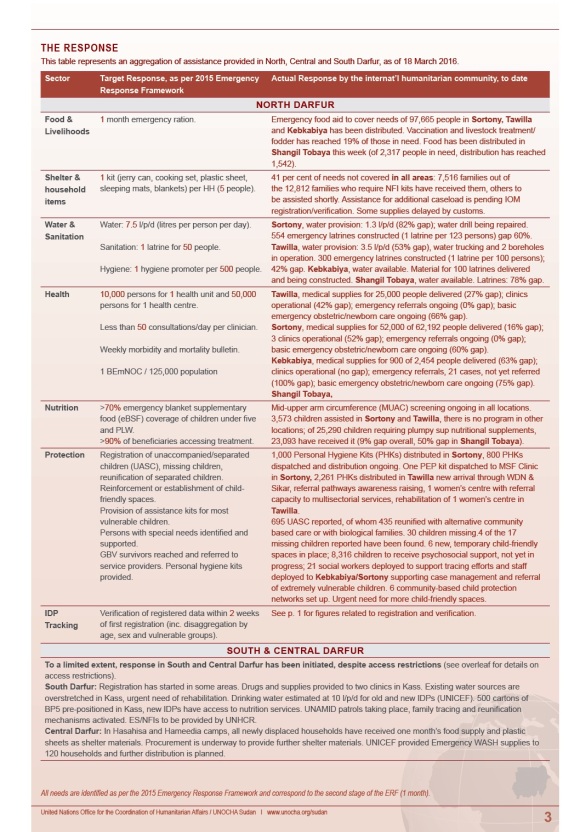 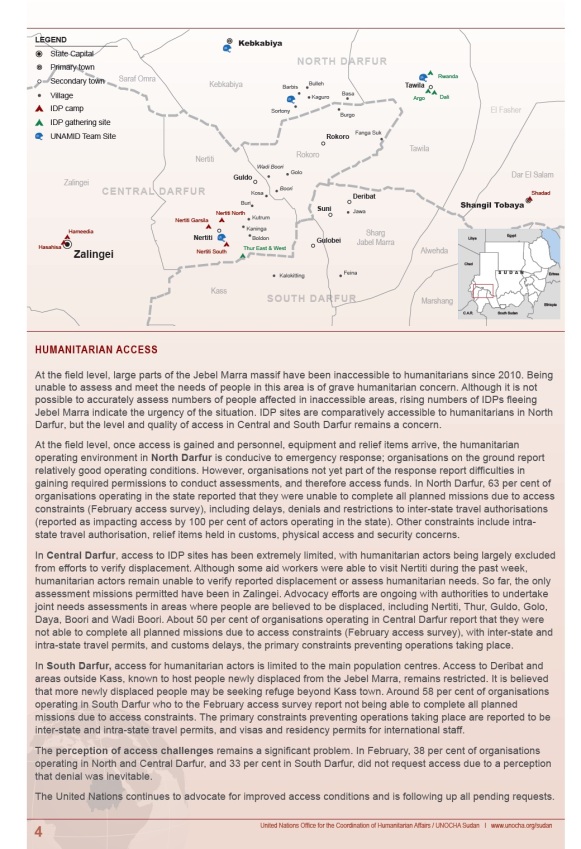 Nyala, 02 November 2014 — The African Union-United Nations Mission in Darfur (UNAMID) has received information about the alleged intention of the Government of Sudan to conduct a security search operation in Kalma camp for internally displaced people (IDP) near Nyala, South Darfur, and it is concerned about its possible impact on the civilian population.

Since August, when the IDPs in Kalma camp were anticipating an intervention similar to the ones conducted by Sudanese authorities in other camps and villages in the area, UNAMID has taken preventive measures to mitigate the impact of such an operation on the civilian population of the camp and to reduce the tension there.

The Mission has engaged the local authorities in South Darfur, in accordance with its protection of civilians’ mandate, and demanded that if there were a need for such selective searches, these should be conducted in coordination with the camp leaders and the Mission and that should be carried out respecting human rights and observing international humanitarian law. The local authorities have assured their goodwill to cooperate with the Mission in this regard if and when such searches are necessary. Government authorities in Khartoum have also assured that there are no plans at the current time for any such operation in the Kalma camp.

The Mission personnel have also met regularly with IDP leaders, including women and youth, in Kalma to explain the measures taken by the Mission to reduce the impact of such raids on the civilian population were they to take place. UNAMID has strengthened the presence of peacekeepers in the Mission’s Patrol Site in Kalma and increased the number of patrols which are conducted 24/7 at the camp.

UNAMID has also reminded the camp population that harbouring, aiding or abetting offenders who possess weapons contravenes international humanitarian law and that such weaponry should not be stored, handled or trafficked in IDP camps. The Mission remains engaged on this matter with all relevant stakeholders.