Archive for the tag “State-Driven Process”

Sudan: UN expert calls for a positive environment for a free and inclusive national dialogue (29.04.2016) 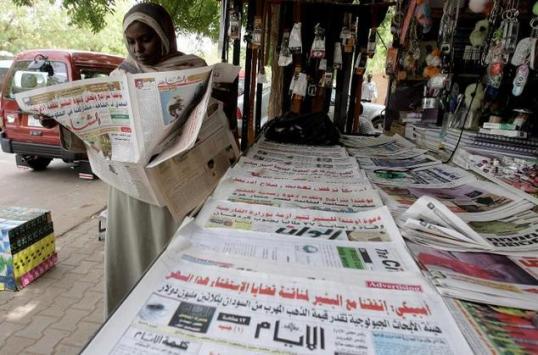 GENEVA, Switzerland, April 29, 2016 – The United Nations Independent Expert on the situation of human rights in the Sudan, Aristide Nononsi, urged the Sudanese Government “to enable a conducive environment for a free and inclusive national dialogue by respecting the basic fundamental rights of Sudanese people, including the rights to freedoms of expression and association, and of the press.”

“I remain concerned about a number of human rights issues in the country,” Mr. Nononsi said at the end of his second mission to the Sudan. “I continue to hear about cases of arbitrary arrests and detention, as well as allegations of ill-treatment and travel ban on human rights defenders and political activists by security forces, including the National Intelligence and Security Service (NISS).”

The Independent Expert raised concern with the relevant authorities about the arrest and detention without charges of four pastors in Khartoum since mid-December 2016 as well as those of five students from the University of Khartoum since 13 April 2016.

Mr. Nononsi also drew attention to the ongoing censorship of newspapers, and increased restrictions on journalists from freely expressing their opinion. “I raised the suspension since mid-December 2015 of the Al-Tayar newspaper with the authorities, and I strongly recommended that the appeal of Al-Tayar newspaper against NISS’ decision to suspend its operations is guaranteed an independent judicial review along with provision of adequate compensation,” he added.

The Independent Expert recalled that, in recent weeks, the authorities prevented four Sudanese human rights defenders from attending the pre-briefing session of the Universal Periodic Review* in Geneva

“I would like to emphasize the important role played by human rights defenders and journalists, and stress the need for the Government of Sudan to allow them to carry out their activities in an open, safe and secure environment,” the human rights expert said.