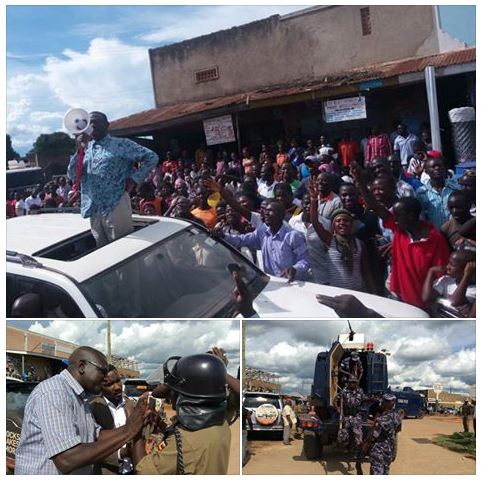 In Nakaseke District. The Uganda Police Force have been preoccupied with blocking meetings with Dr. Kizza Besigye and the Forum for Democratic Change, as their national campaigns continues. As this was happening when they we’re traveling to Semuto, where the Party and FDC leadership held rallies. While the Police Force and District Police Commander Justus Asiimwe were prepared with roadblocks around the town and also police officers in the town center. There we’re also Armored Personnel Carriers (APC). The Police did what they could do to block. But when he did enter the town and held the rally for “My land, My life” campaign.

Certainly, the FDC have been holding campaigns in Mubende and Luweero where they have recently met the same hostile Police Force, as they are all trying to silence and stop the gatherings. As the people shows up when the People’s President and his FDC comes to town.

Yesterday the AIGP Asan Kasingye issued this statement relating to the public meetings of the FDC: “We wish to appeal to the members of the public to desist from attending their unlawful assemblies and to ignore the messages of incitement and disobedience from the above members of the party” (Uganda Police Force, 05.05.2017).

So the Police Force are calling it an unlawful assembly in Nakaseke District, this will not be last place that the FDC and their campaign team will meet hostile security forces. This is because the Police Force has decided to silence and stop the opposition party from campaigning for their cause. This was written by Erias Lukwago: “I would like to extend my heartfelt gratitude to the people of Nakaseke District for their firm stance and resilience in the face of brutality and mayhem unleashed by the Police in Ssemuto town this afternoon” (Erias Lukwago, 06.05.2017).

So the intimidation and harassment continues and the FDC are under-fire where they go, where the police are following, monitoring and blocking where Besigye goes. Instead of stopping violent crime and the insecurity that appears on this sort of activity.

While the Red Repper reported this:

“Police unleash all the might on Besigye in Luweero Triangle as criminals ravage the city and entire country. Three businessmen were murdered last week in Masaka. Hardware tycoon kidnapped and murdered in Bushenyi this week. Two more kidnappings were reported yesterday in Mbarara and Bushenyi districts. Two businessmen were in past three weeks shot dead in Makindye, a Kampala suburb” (Red Pepper Uganda, 06.05.2017).

So there are certainly mismanagement in the Police Force, they are more keen on being involved in politics, than actually fighting crime and solving them. Since there seem to be problems that the Police has to solve, but isn’t fit to carry out. The reports from Red Pepper is really worrying. Doesn’t seem like the Police are occupied with that, more with if the FDC are campaigning or having public meetings, which should be seen as misuse of the public resources. Peace. 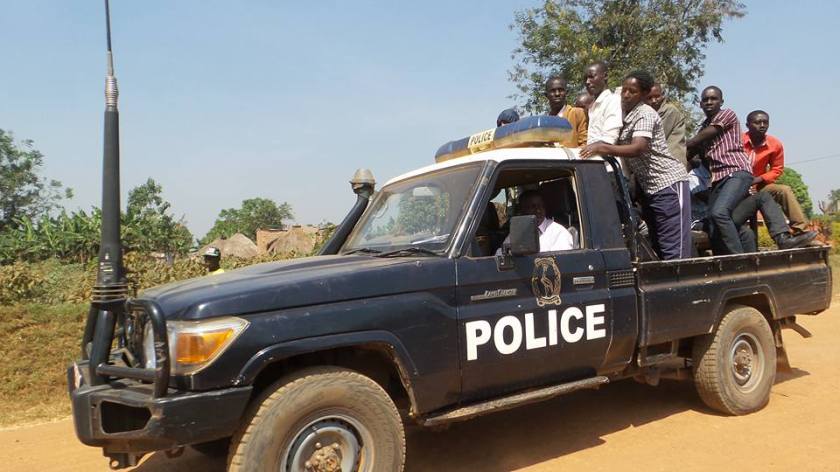 While the Forum for Democratic Change (FDC) Campaign convoy went to Nakaseke district for continuation of the campaign rallies towards the General Election in 18th February 2016. Dr. Kizza Besigye have been scheduled for travelling the district and campaigning. That is expected by now, since he has tirelessly since November like any Presidential Candidate has done.

What that happen today we’re not really news. The Police we’re following the campaign trail of FDC convoy in the district. The thing that is bothering and sad is to see the operational factor of having police ferrying the so called crime-preventers from village to village, and town to town to get people to shun the campaign rallies of the FDC. They did what they could to intimidate the public from showing up at the rallies there.

While the Police we’re driving with Crime Preventers to stop the public from going. This shows the orders from up-high since the districts police is interfering in yet another opposition rally. The DPC Justus Asiimwe can’t be happy with his men’s work since it was not working well. Since the people and public did show up to the rallies even with the mobilization of Police and Crime Preventers did not stop the crowds or local citizens to show up. That means the security forces did not secure the public, instead making the issues being interfering directly into politics and party affiliation as the matter of not doing the same when NRM and Mzee came to the district. This shows loyalty towards him and partiality in a way that should not be happening at this time of Electoral Commission and their Election Road Map of 2016.

So there you have it! That should be enough.  Peace.

Kizza Besigye Message after the rallies:

“Mwebale Nyo Nakaseke/Thank you very much Nakaseke: Today 8 rallies in total were accomplished as we wrapped the day at Ssemuto. #Wesigye Besigye”.