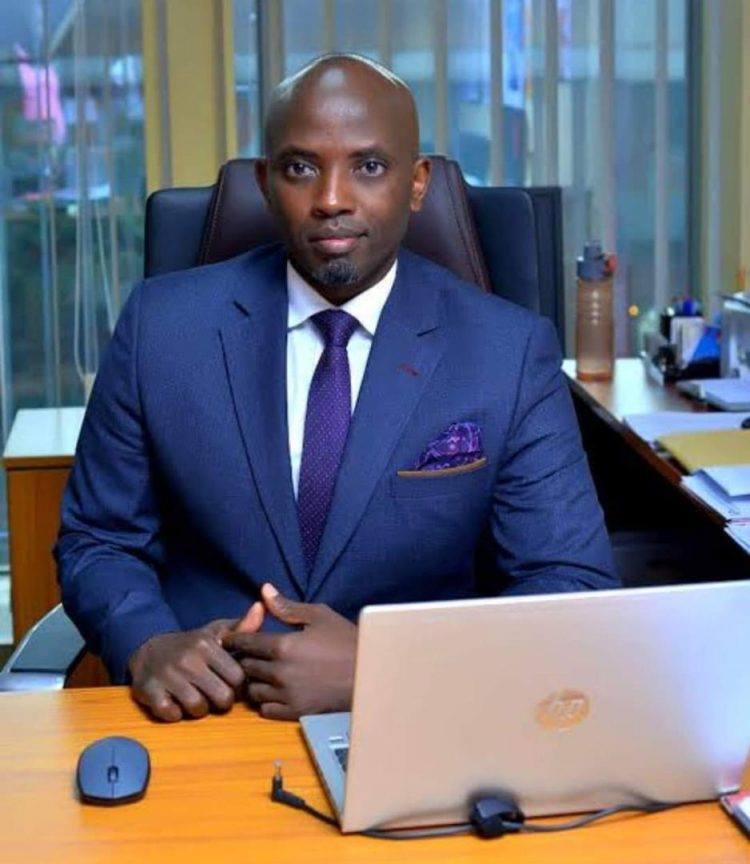 Today, there was leaked video clips of Dr. Lawerence Muganga of a violent arrest of the Vice Chancellor of Victoria University. The “Panda Gari’s” or “drones” usually tend to come in plain-clothes and do it “discreetly”. However, in today’s instance it went viral and was all over the web.

The authorities claims this was a joint-operation to apprehend a foreign spy. There are claims that the VC have had close ties to Rwandan President Paul Kagame. That his education at Makerere University was sponsored directly by him. It is reported that he worked in the Presidential Office of Rwanda as Researcher together with David Himbara. In addition that he got the current job through Andrew Mwenda who has also been funded directly by Kigali in the past. Also, unverified reports that he used a Rwandan passport whenever he travelled.

However, all of that stated above isn’t written in stone, but it is a clear intent when this sort of play is happening. The V.C. have been a visible character and been even on NBS Television plenty of times. It is not like he has lived a life in hiding or tried to be Clark Kent. No, parts of his life has been on all public display and it’s weird that his spying too.

You can wonder what sort of intelligence this man was supposed to get. Was it supposed to get minutes and orders from the Ministry of Education and the prayers of Mama Janet? I wonder what this sort of fella would help Kigali with?

If he was a foreign operative and actually worked with espionage unless the authorities of Chieftain of Military Intelligence (CMI) or Internal Security Organization (ISO) have collect something we don’t know. Because, the VC had to do some real James Bond or Jason Bourne. God knows… what he did or didn’t do.

However, the way they manhandled him on public display and directly kidnapped him. Yes, they have hours later said he was arrested. Nevertheless, the citizen wasn’t warranted or informed of the pending charges. Well, it if it a matter of espionage and national security. We understand that they kept it secret.

Still, the authorities have arrested political operatives, activists and leaders in the same manner over the last few years. So, it is not like this is a new practice. The “Panda Gari’s” is a thing and surely like the ungazetted safe-houses across the republic as well. It is just common means to an end for the ones in-power at the marvellous times we are currently living in.

The VC might be an spy and might just be a foreigner working illegally in Uganda. If not.. .for a man living so long in Uganda. It seems weird that a public figure and of an educational institution have been able to keep all this under wraps.

That’s why I wonder how this continue. Will he be deported and expelled? Will Victoria University have to hire someone else?

If not this is a real stupid act. The state should explain how a VC in the open can be a hidden spy. That’s what is weird to me here. If its an “illegal alien” case… that makes more sense than he has done lip-service to Kagame on the regular. When Kagame have spent fortunes on Pegasus and listen through “the wire”. Therefore, an operative is only useful if you hope he will rise to the upper echelon to suddenly get into “confidential” documents. However, I doubt that will ever happen at Victoria at this point.

That’s why this seems like a weird situation and I wonder how this will unfold. Nevertheless, this will not make sense to me. Unless, someone has a notes, reports and shows the secret life of the VC. Where his capable of wiring, wire-tapping and getting intelligence from the Ugandan government through this office. I really want to see that and what sort of “valuable” cables he would send to Kigali.

I’m looking forward to read that and while I wait. I might watch another spy-movie on Netflix. Peace. 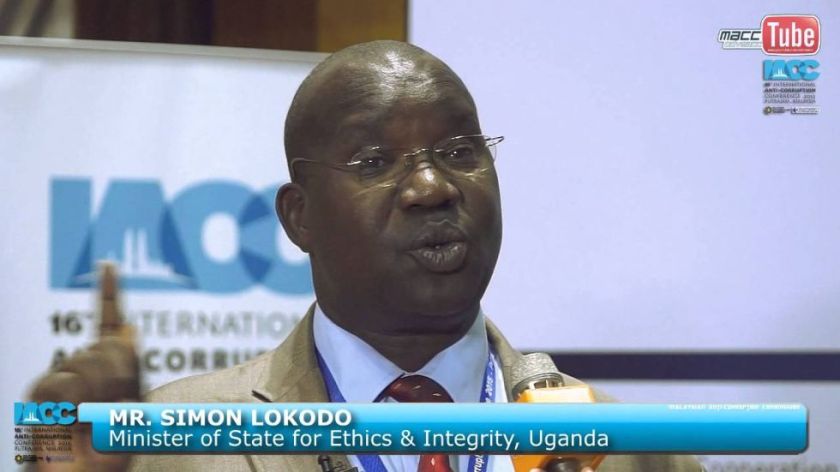 Dear Honourable Simon Lokodo, the right reverend father and now Minister for Ethics and Integrity. I write because of your intent of making the country with cleanliness and righteous in religious, sexually and all of personal matters. I am sure the ones eating snot in Parliament will soon get fine or have to wash themselves in holy-water after preliminary hearings at the humble halls you are now one part of.

Your actions and your decrees have been in the public spotlight ever since Dr. Stella Nyanzi undressed herself as an action of getting her stuff and position back after a political firing of her; because of faith in the Forum for Democratic Change and their Presidential Candidate Dr. Kizza Besigye. The advisory to your current boss, whom you are underling to President Yoweri Kaguta Museveni; I think you already knew that, but some who read might not know that.

Simon, Simon, Simon; hear ye, hear ye! Eh! The ways of getting machinery to stop nudeness and sexual explicit content or might revealing behaviour on Television and Online sounds more like KGB, MI6 or CIA; even the FinFisher Software of the Special Investigation Unit in Kireka should be sufficient if somebody watch or subscribe to naughtiness somewhere on the dark-side of the internet. The spider-webs and the extent of content as it is legal anywhere else, not anywhere, but there aren’t State Organizations under Ethics Boards that follows all citizens to make sure of their behaviour. That the ‘Ministerium für Staatssicherheit’ or hte Ministry for State Security (MfS) of the Soviet Republic of East German followed all their citizens and had spies anywhere to make sure of no dissidents or actions against the communist state. Is that what you are seeking Reverend Lodoko?

Simon, Simon, Simon; hear ye, hear ye! You are going after the LGBTQ community in Uganda sending the police after them after a planned Pride Event at a Club in Kampala during the early of August 2016. Not that I am giant fan of their ways, the LGBTQ, I still am democratic in the sense they can do what they please as long as it doesn’t hurt anybody or they go do their thing everywhere. Just like I prefer not going downtown and seeing teenagers screwing each at the mall or like the knowledge of students screwing their sugar-daddies at the offices; supposed to write on the offices and do business instead laying pipe. That should be more worrying that students do that to get the funds for the student-fees, than the LGBTQ having a Pride event at a Club. But that is just me, check the Campus Bee page Mr. Minister and you might not need the expensive machine to see the madness. You should also talk with Honourable Janet Museveni to fix the funding of these Student-fees and such so the scholarship makes these female student doesn’t need to hook to read books. That should worry the Ministry of Ethics more than explicit content online or the Gay’s doing their thing.

Hear Ye! Hear Ye! Honourable Minister Reverend Simon Lokodo, you are not making this easy as you attack and undermine anybody who is not you. You might think that is wise, but in the end nobody can do anything in the Republic without begging for mercy by one of the Civil Servants in their area. Than everything can become questionable and will by the time the government look into it; have an ability to create malicious and destructive for the moral manner of society. So NTV Uganda, UBC and kind of radio station will be seen to broadcasting or distributing ethical and moral content that can be set under question. Therefore any kind of writing with certain content will also be disarmed and banned as the sensitization of society happens, but also moral tyranny where the certain elite and such paternalistically describes to their citizens as children with no moral backbone. Is that you Hon. Lokodo?

Are you the paternalistically on society and wants to shield from everything, than soon the citizens cannot do anything. The censorship of media houses and citizens will be staggering as the state has to have more than a monitoring machine as the spies and the whistle-blowers will be hurried to give intelligence to the Commissions who follow these acts of fellow citizens. Do you want a snitching society like the East Germany of 1960s? Is that your final goal Hon. Lodoko as the guilty in your mind are anybody with a working libido and anybody who shows or explicitly explain sexuality in text. Isn’t that true Mr. Simon?

Should you be nicknamed Honourable Reverend Simon “Uwe” Lokodo? Or am I wrong.

Best regards from the Writer of this humble blog.

Here is Rwandan’s Counter-claim to the Burundian pick-up and reports of  the arrest of Corporal Rucyahintare Cyprien. That the Rwandan news company The New Times, claimes is wrong. We can question who is right, is it the Burundian who wants evidence of Rwandan involvement in counter-intelligence in their country? Or is it Rwandan interest to counter-address it and say the “Spy” is lying. Hard to know whom to believe as the UN report told that the Rwandan Government we’re training militias. When Government of Burundi affirming it, and the Government of Rwanda saying it was not true.

This is the second of these between the countries. First the militas, now the spy case. Wonder what is next, do you? Peace.