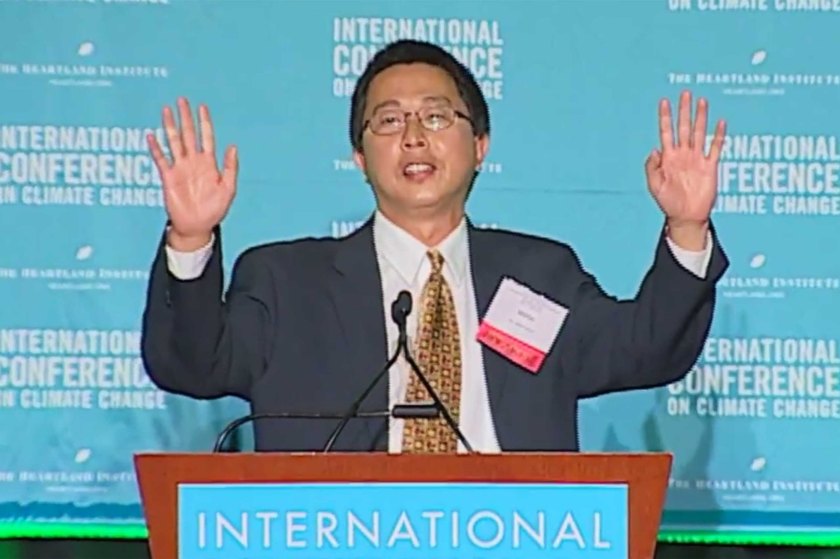 A little dossier came my way, I am sure this is not new or even hot news. Since the Exxon Mobile has been well-known for producing evidence of lacking results in the Anti-Climate Change paradigm. Therefore, reading up on one study that was fixated and well-funding studies to Dr. Willie Soon at the astrophysical Observatory at the Smithsonian at the prestigious Harvard University. So you can see particular program that the Exxon Mobile bought to deflect the temperature of the sun over decades of time, so they could show that no evidence that the sun and solar evidence was there. This was done with corporate studies in a trusted institution where a doctor we’re bought and where the set of project studies was tailor made for the outcome that Exxon Mobile wanted. They paid for this. So that the Dr. Soon would get paid for his work and rubberstamp a belief the Oil Company had.  This was apparently done in full knowledge of the University. Take a look!

Mail from Exxon to Dr. Willie Soon in January 2008:

“Hi Willie – the proposal looks fine. Please have the Center send me an invoice for 2008, for General Support for your work. Can you clarify for me, on page two there’s a reference to “original” and “review” papers – does that mean not peer reviewed, and peer reviewed?

I’d love to see a copy of the DVD. Who is releasing it – Smithsonian?

Mail to Lauren from unknown on the new terms and prices in February 2008:

Thanks very much for getting back to me last week about ExxonMobil’s support of Dr. Willie Soon’s research. We are very pleased at the outcome of this decision. I am attaching a proposal for your review and a request for payment. You may recall that I mentioned the adjustment in our indirect costs upwards from the 15% that Walt Buchholtz and I negotiated when he was still in your position. You will see in the attached that the project cost increases to -$76,000. I look forward to hearing good news from you soon.

With best regards and thanks,

In July 2008: Amanda Preston of Harvard wrote in a letter:

“Dear Mr. Boudreaux: Thank you very much for Exxon Mobil’s contribution of $76,106 to the Smithsonian Astrophysical Observatory to support Dr. Willie Soon’s project, “Understanding Solar Variability and Climate Change.” Restricted gifts are very important for our science re9C81Ch. Particularly the projects that seek to better understand our own Sun” (Amanda Preston, 11.07.2008).

In 21st January 2010 an E-Mail from Amanda Preston of Harvard said this:

“I received an email from Judith Batty at ExxonMobil about the $76,106 contribution for Dr. Willie soon’s research. I have attached the 3011 Transmittal Form from 4/2/09. You will see that $22,181.00 was allocated to task 40301770IS50AP. This amount is equivalent to the indirect costs that would have been charged if the gift had been a grant on instructions from Charles Alcock, I asked ExxonMobil to allow us to reclassify that amount as an unrestricted contribution” (Amanda Preston – ‘2009 ExxonMobil Gift of $76, 106’ 21.01.2010).

What is project of Dr. Wille Soon’s about:

So this here is proof of science paid by the petroleum giant of Exxon Mobile. That they could fix and make assured they are getting the results they want out of a program. So that the University and the Dr. Willie Soon who fixed it so they followed the agreement done with Exxon Mobile. Therefore the studies doesn’t seem legitimate or feasible when the business controls the studies and science instead of the own independent scientists who finds the result in the material, instead of already deciding the result before the study. Peace.