Archive for the tag “Shortfall” 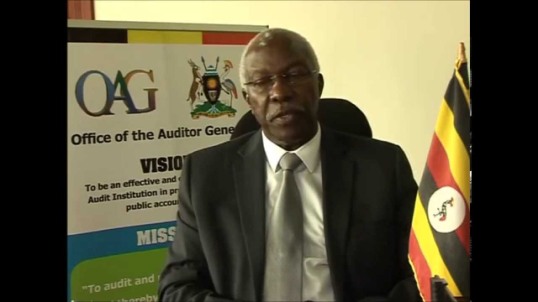 Parts of this has been reported before, but that was as reports of the coverage from Parliament as the Auditor General John Muwanga we’re attending preliminary sessions and delivering OAG Report of 31st December 2016, which is the end of year report from the OAG. That one has stories to tell. Parts of this are known, but they are proving that words in Parliament had other numbers than the report that is released later on online. Still, the vast waste of funds and the unallocated or unaccounted funds proves questionable use of public coffers in the Local Government, the districts, parish and municipalities. These funds are important that is well spent and accounted for, because the funds are supposed to go to local government salaries and investments for the citizens. Therefore the mismanagement of this is thieving or maladministration from the civil servants or the locally elected officials. Take a look!

“Government had outstanding amounts in court awards, compensations and other liabilities totaling to UGX.684Bn as at 30th June 2016. The outstanding amount in Court awards and compensations has been accumulating over the last five financial years raising from 54Bn to now 684Bn. I observed that as a result of government’s failure to pay these court awards on time, the awards have accumulated interest and in some instances the interest has exceeded the principal award. As at the close of the year outstanding interest had accumulated to UGX.175.3Bn” (OAG, P: 12, 2016).

“The amount is comprised of UGX .1.310Bn which lacked procurement files, UGX.21.225Bn where there was breach of procurement procedures, UGX .4.695Bn involving inadequate contract management and UGX.0.315Bn of unauthorized contract variations. Conse­quently, it becomes difficult to ascertain whether value for money was achieved” (…) “Expenditure amounting to UGX.3.896Bn was identified as funds unaccounted for. Consequently, I could not confirm that the funds were utilized for the intended purposes. The delayed submission of accountability may also lead to falsification of documents resulting into loss of funds. This was caused by failure of Accounting Officers to enforce accountability controls and lack of an advances ledger to monitor advances” (…) “Regulation 32 of the Local Governments Financial and Accounting Regulations, 2007 requires Councils to ensure collection of all budgeted revenue in an approved manner. Review of revenue performance revealed significant under collection of Local revenue in 161 Councils amounting to UGX.17.165Bn” (OAG, P: 31, 2016). “Out of 307 Local Governments, 148 entities representing 48% of the Local governments lacked land titles for the land where council properties are located. There is a risk that council land is exposed to encroachment and disputes which later leads to litigation in courts of law arising from land disputes between the Councils and the Communities” (OAG, P: 33, 2016).

Here you can see the numbers and it is dozens of Presidential Handshakes, the handshakes of the President could go unaccounted for a dozens of times. That the Government have learned from the Parliament and Central Government is clear, since this is rampant and seems to indicated in many local governments. It cannot be okay that the lacking of documentation and of how the monies where spent. Of how and where the documentations went before the allocation of the funds. That shows malpractice and maladministration in the Local Government. Something that is also evident in the Courts, the Courts hasn’t paid out their awards on time and adds extra interests, which the government have to pay as well. Peace.

Office of Auditor General (OAG) – ‘Extracts of the Summary of Key Findings of the Annual Report of the Auditor General for the Year Ended 31st December 2016’ (31.12.2016)

I hope this does not boggle your mind. Bear in mind that the Uganda Revenue Authority (URA) lots of scrutiny for paying bonuses on a Tax-Case against Tullow Oil Corporations. This has led to giant pay-out’s to fellow loyalists in the regime and in the civil service, and other who helped the arranged case that they won in favour of the URA and the NRM; so that AG Muwanga tells about bad practices in the districts and counties is not surprising. When I went through the local portfolios during the campaigning, there was usually funds not spend or even unaccounted in a dozens districts. That was last budget year, not the one mentioned from the AG this time around.

Therefore, here is his revelation in Parliament yesterday:

“Auditor General, John Muwanga, who presented the report to the Speaker of Parliament, Rebecca Kadaga at Parliament on January 4, 2017, said the accounting officers attributed the irregularities to challenges encountered during decentralization of salary payments on the Integrated Financial Management System and Integrated Personnel and Payment System. “Many of the accounting officers explained that they had initiated the process of recovering the overpaid amounts and training of staff to build capacity and address the challenges. I wait for evidence to that effect,” Muwanga stated in the report. At least 33 local governments are quoted to have procured items worth Shs 27.5 billion without following public procurement regulations and guidelines. Out of this, Shs 1.3 billion lacked procurement files; Shs 21.2 billion where there was breach of procurement procedures; Shs 4.6 billion involving inadequate contract management and Shs 315 million from unauthorized contract variations. About Shs 3.8 billion was identified as funds unaccounted for by the local governments. “I could not confirm that the funds were utilized for the intended purposes. The delayed submission of accountability may also lead to falsification of documents resulting into loss of funds”. On under collection of local revenue, 161 councils registered a shortfall in collection of revenue amounting to Shs 17.1 billion, majorly attributed to failure to carry out revenue enumeration and assessments, non-enforcement of contracts with private revenue collectors, understaffing and incomplete revenue records” (Parliament Watch Uganda, 04.01.2016).

If you wonder where it went, than the only ones knowing is the ones that was in charge of transactions and the ones actually taking the monies. The Public Coffers gotten looted without proper procedure for random trades. We can only imagine where the money went. Who used it and for what purpose is not easy to know, if it was buying a great car or house, even if it was paying a side-chick of a local mayor, we do not know. What we do know is that the money left the system without acknowledgement and without needed guidelines of the usage of the funds. That is worrying how easily billions can fly out of the coffers. Brown envelopes of funds easy spent on joy and needed supplies for the elected and public servants without any recites or valid reason for the use.

That this is clear indication of the practices and lacking moral of both central government and local government is certain. Certainly if the Central Government cared and the Local Government was worried of repercussions for their misbehaviour they would have acted otherwise and might even tried to payback the funds to the state. Instead, they used it without warning and might be wasted monies on luxury items during the election.

When the Local Government even with lacking of protocol extend their goodwill to forge documents to prove the valid use, you know the system is made wrong and need a recharge, there are certainly to many loose ends when they go to that extend to clean their wrong doings. Peace. 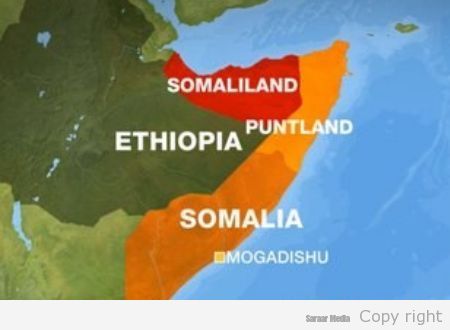 September 17, 2015: More than 240,000 people in Somaliland are severely food insecure due to a continuing drought in the region.

Somaliland is currently experiencing an acute drought that has affected more than 240,000 people (40,000 Households) due to the shortfall of the Gu (April-June) rains in 2014 and 2015. The most affected regions are Awdal, Maroodijeeh, and Gebiley, which are traditionally the main food producing regions. Other regions affected include Selel and Sahil.