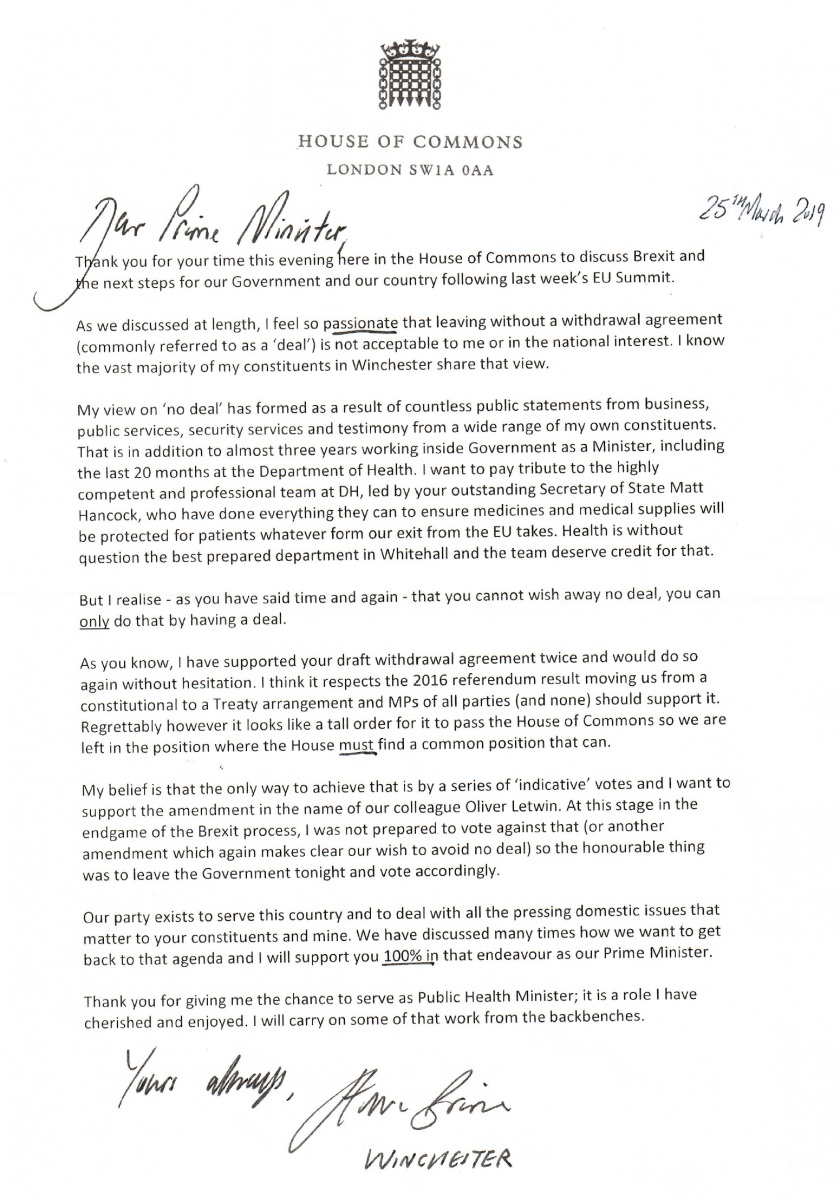 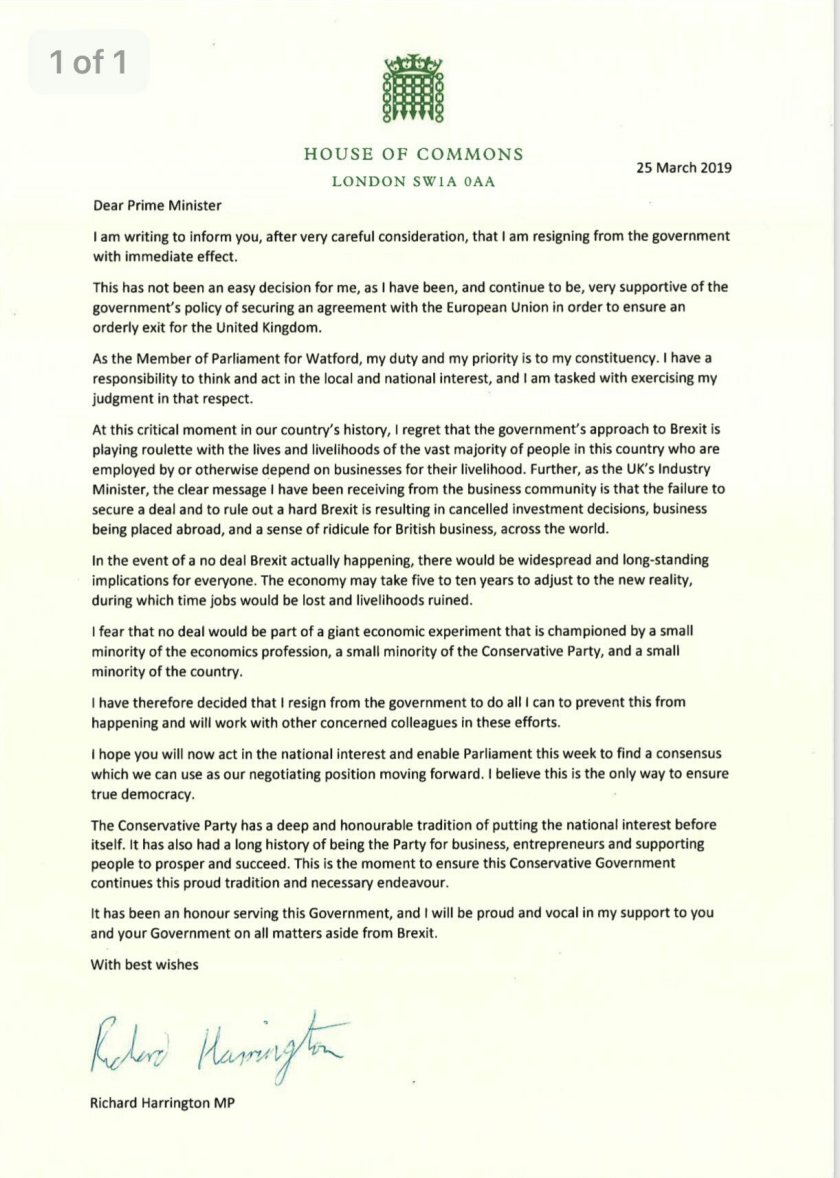 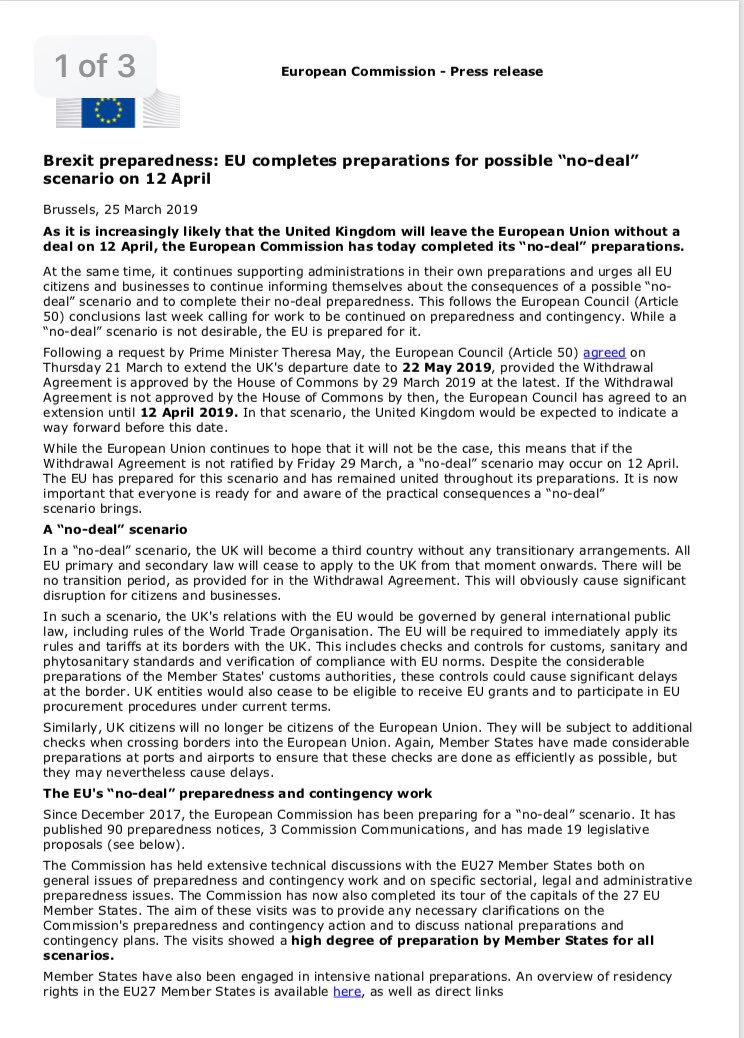 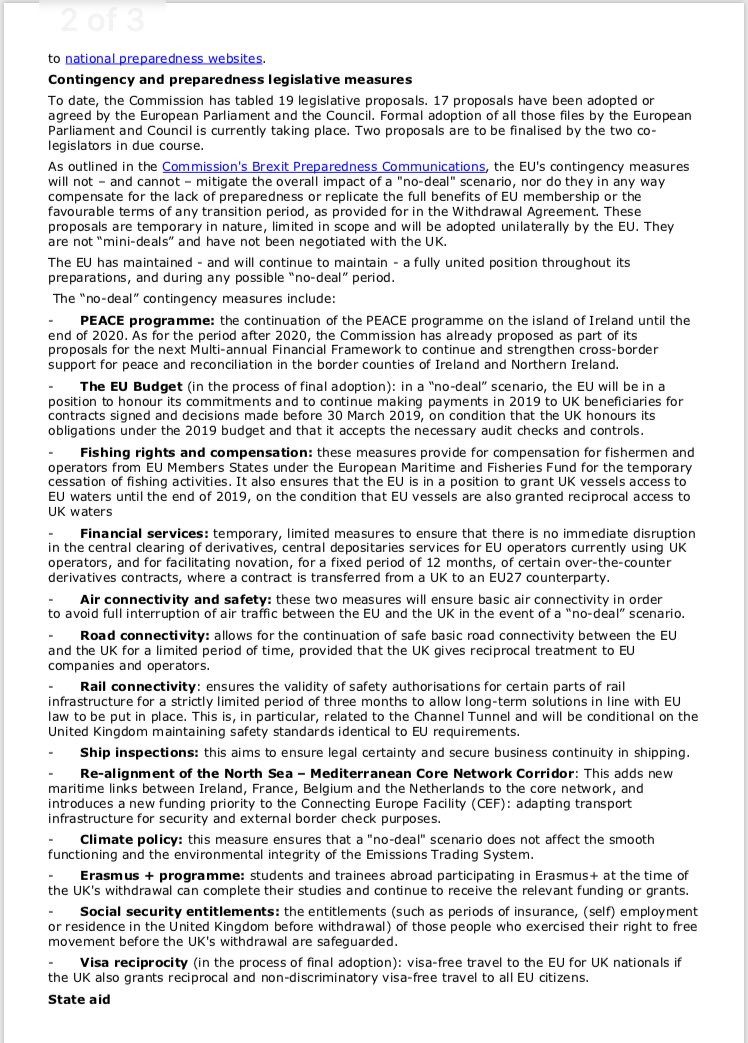 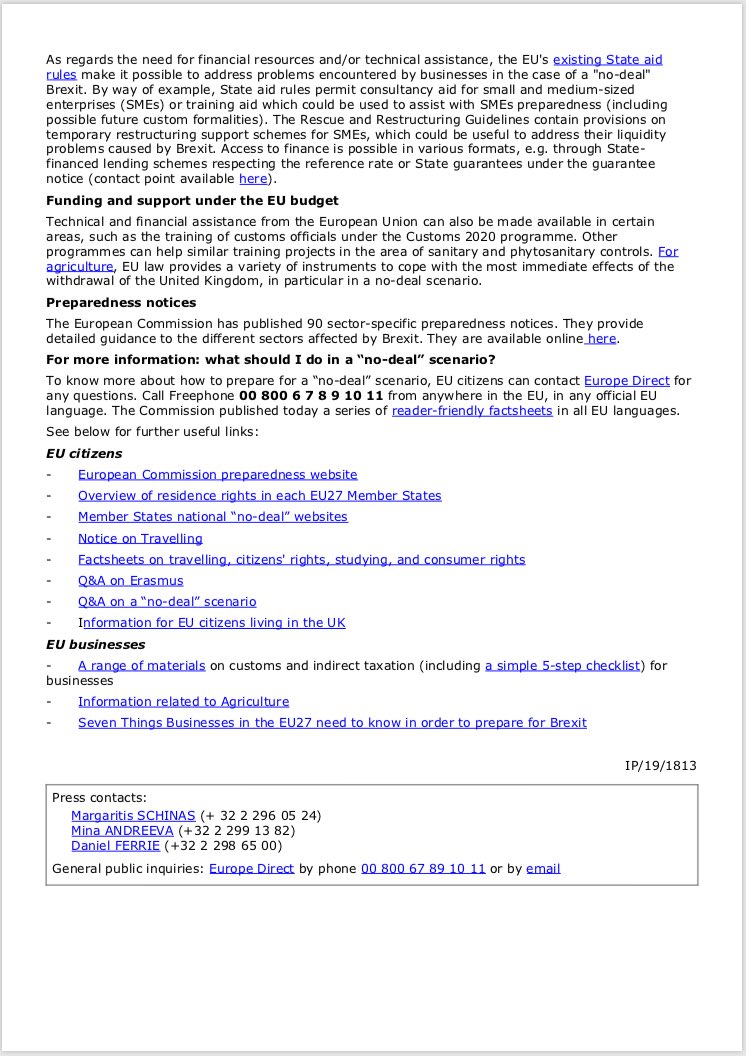 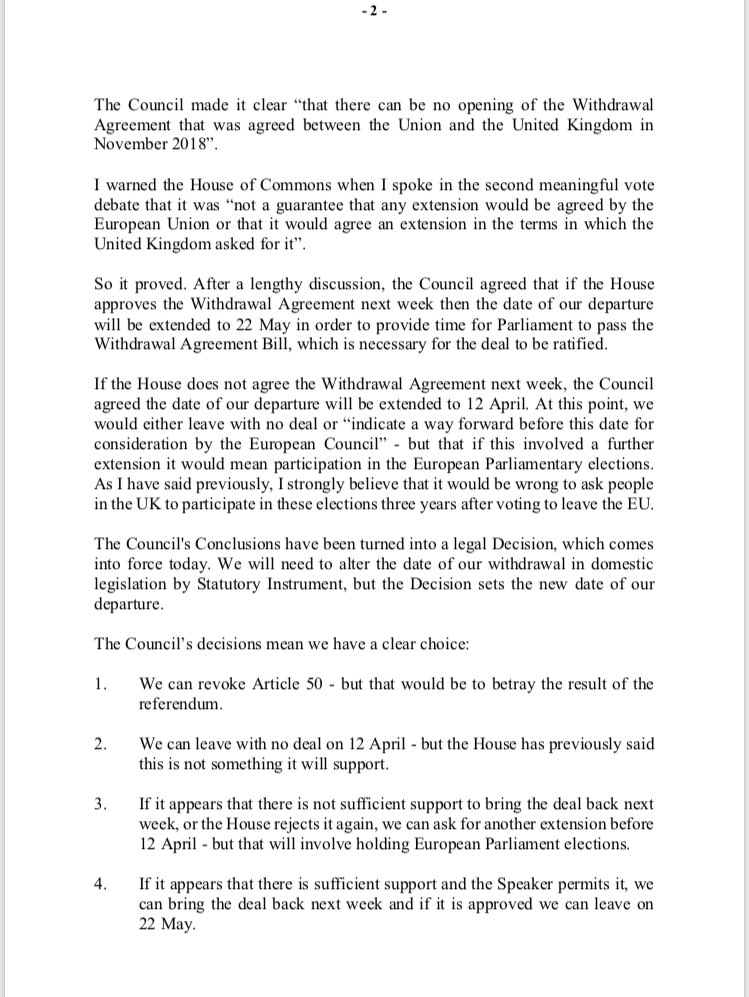 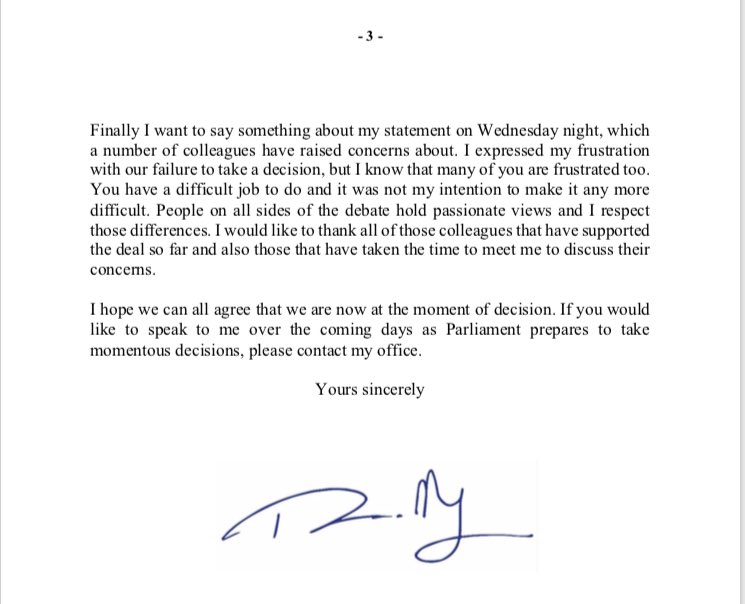 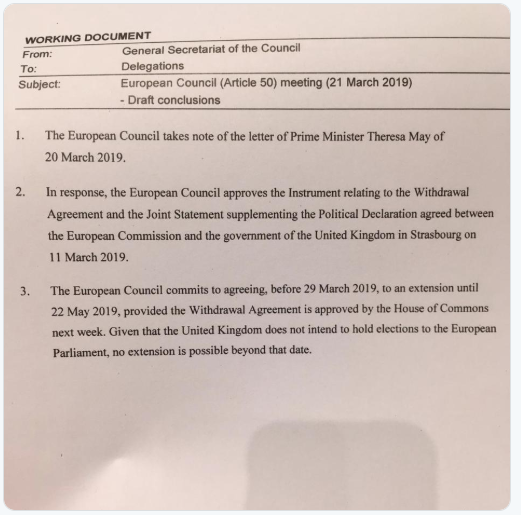 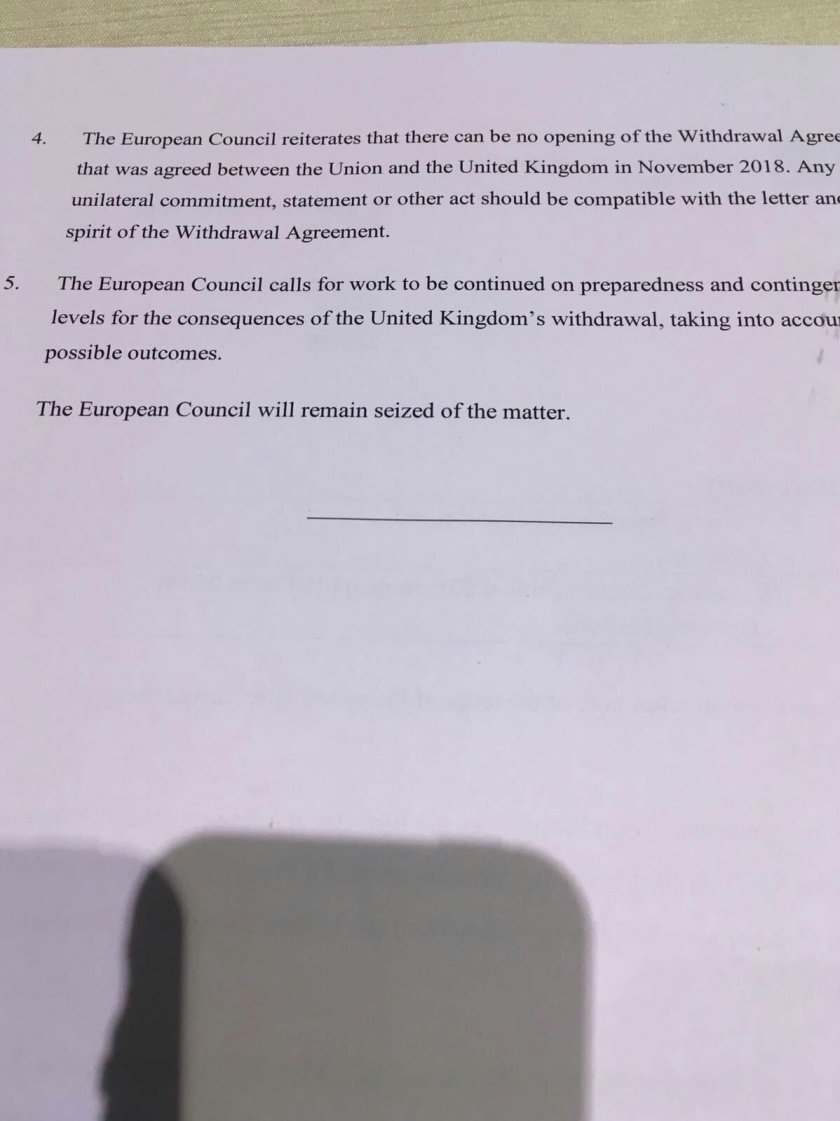 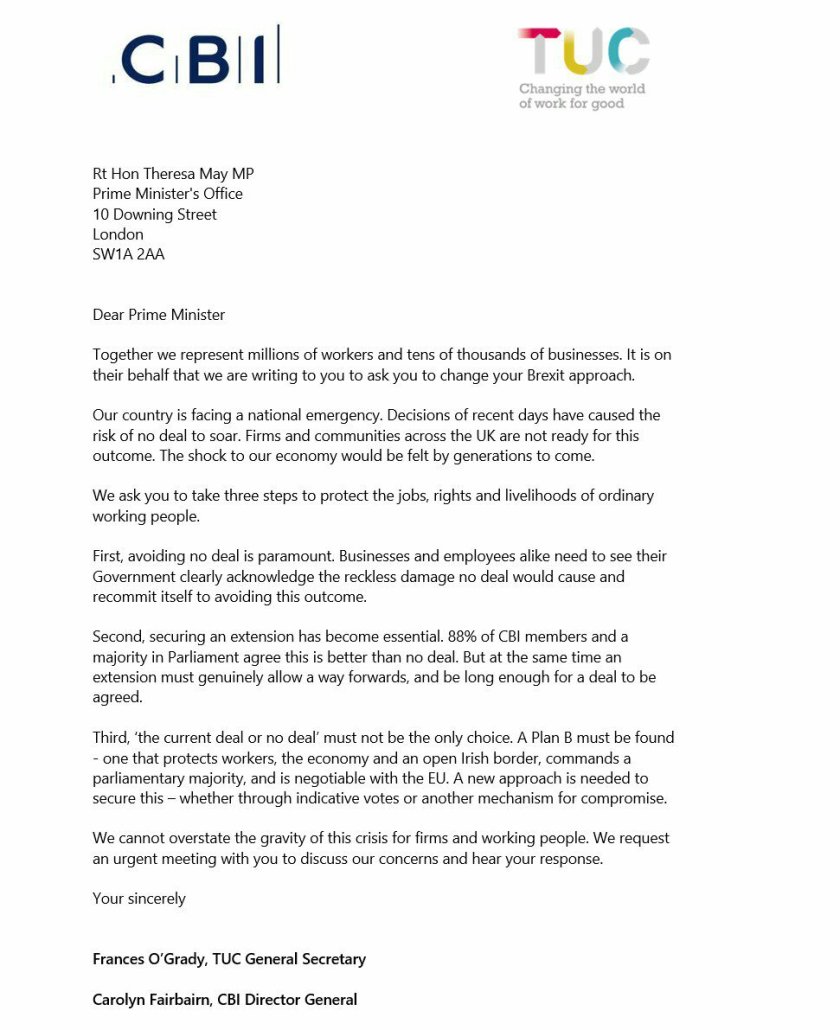 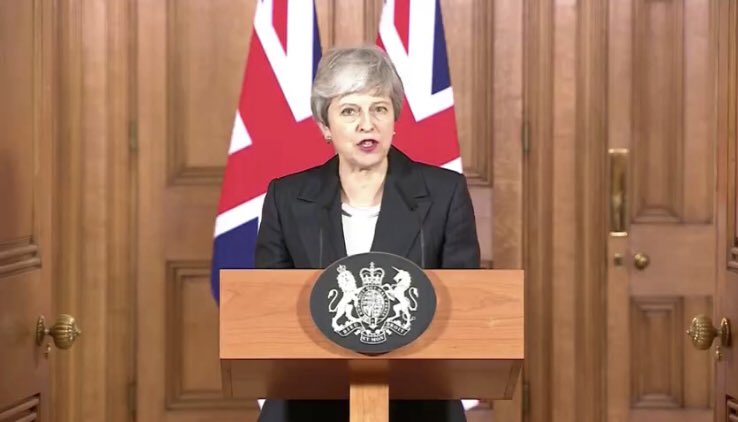 The end of the saga is supposed to be on the 29th March 2019. Nothing is keeping up to phase, as the Prime Minister is scrambling for more time to push down the throats of the Members in Parliament, the Withdrawal Agreement, which they have already voted down twice. Alas, she still wants to buy time. This after using two years negotiating a terrible deal and a abysmal legacy of her time in office.

What we can say today, is that Prime Minster Theresa May went total Jose Mourinho, blaming the captain, the club, the sports director, the referee and the even the grass. The wind, the ball and the possible rain-fall. That is what she did today. This will not be on better the terms between her or the Parliament itself. The European Commission leaders have already told that they will not accept an extension, unless it is prospects of a deal accepted by the Parliament. Alas, that is not the case at this moment. Because, the deal are so terrible, not the Tories nor the Opposition wants to eat it. It is not edible, still in her pride. The PM is blaming them for voting it down, twice today.

“So far Parliament has done everything possible to avoid making a choice. All MPs have been willing to say is what they do not want” – Theresa May (today).

Calling it politics and in-fighting, when her party and her secretaries haven’t delivered a single outstanding offer, other than empty promises and pledges since the revoking of article 50 and securing the pastures of a non-member state in the European Union. They have just been dandy and walking softly in Brussels, while talking pleasant in London. That is just what they have done.

Now, the PM looks tired, late and on overtime already, with no where to hide or go. The Parliament are not accepting it. The Speaker have spoken too. The rules of engagement is really showing there is little room for success. Clearly, sleepwalking to “No-Deal” and WTO rules, which would be costly, squeezing the economy and the imports, also harden the border movement will be the possible future. But that is something the Tories doesn’t want to tell or say.

Other than, well we can manage that too. You’ll see, it is all scaremongering and nonsense, saying it will be damaging. Nah, it is just hearsay, even if Calais and others has shown signs of the new protocol of export and importing through our ports. Well, that will not hurt us all.

So, instead of showing some finesse and that she had resolved anything. The PM just blamed everyone else. Not taking blame or seeing what she has done wrong herself. Instead, blaming the MPs and looking foolish again.

If, the Brexit could become more abysmal, more disgraceful or more distasteful. This was it, where the culprit, the leader, the one whose supposed to lead and fix it. Has given up and trying to still sell a tragic deal, on the sake of her ego and pride. Not for the betterment of the United Kingdom. Just to save her own skin. It looks unwise, it looks dumb.

Time to show some flex and character. Instead, it was more blame-game. Peace. 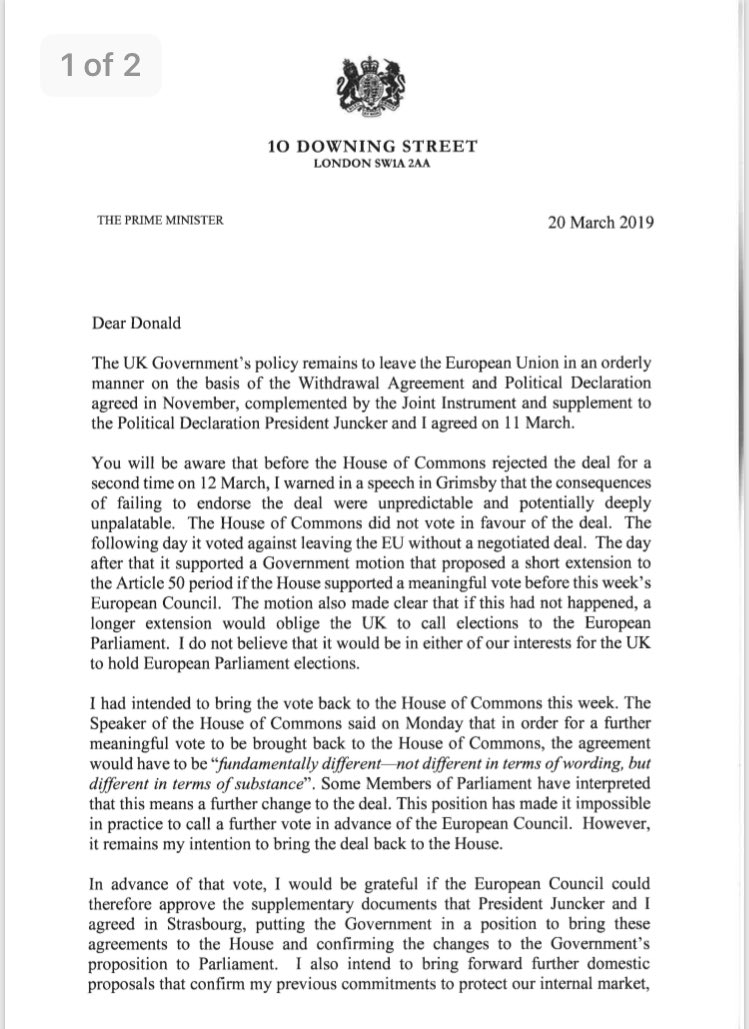 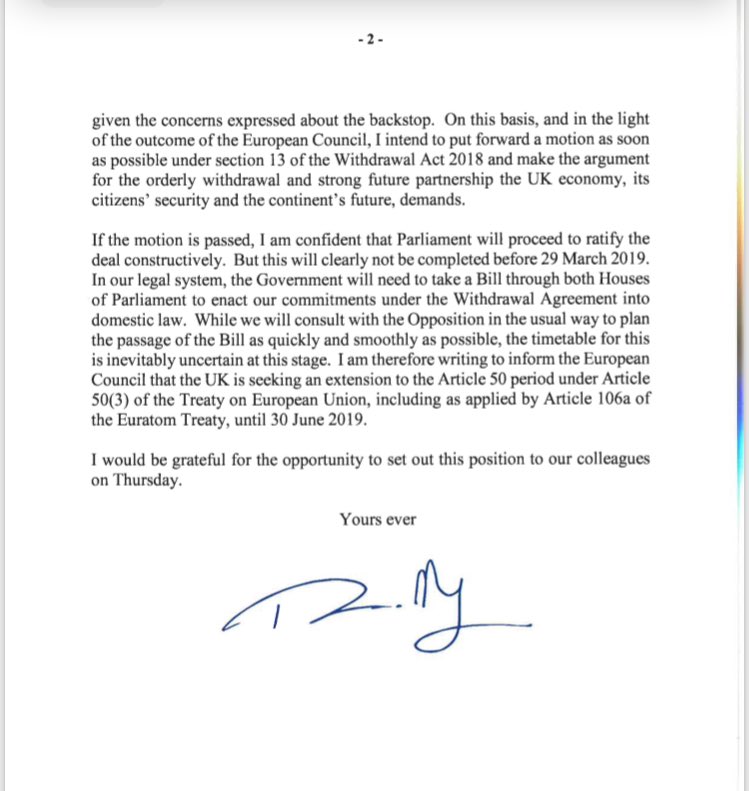 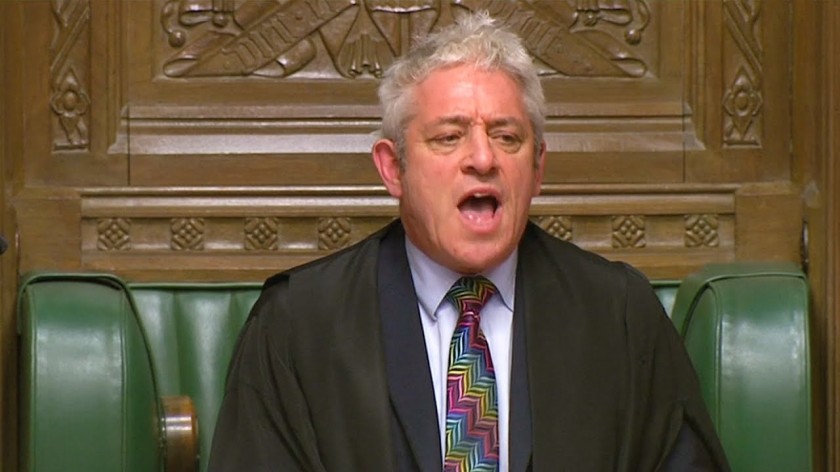 This Brexit Process have been for some a history lesson, me included, because who knew that the Tories would rush up the laws of Henry VII to “overtake” Parliament and be able to pass laws, if needed. Today we’re in the territory of the King James I and his First Parliament. Because today’s speaker John Bercow had to spell out an old Parliamentary Rule from that time. Since the Tories was planning a third “meaningful vote” on the Withdrawal Agreement with the European Union, a Motion that has been voted down twice already in the House of Commons. Which is an feat in itself.

First I am addressing the law, then quotes from the speaker, before my final say.

“Questions not to be repeated.

Upon this Passage it was urged, for a Rule, That a Question, being once made, and carried in the Affirmative, or Negative, cannot be questioned again, but must stand as a Judgment of the House” (British History Online – ‘House of Commons Journal Volume 1: 02 April 1604).

“ The 24th edition of “Erskine May” states on page 397: “A motion or an amendment which is the same, in substance, as a question which has been decided during a session may not be brought forward again during that same session.” It goes on to state: “Attempts have been made to evade this rule by raising again, with verbal alterations, the essential portions of motions which have been negatived. Whether the second motion is substantially the same as the first is finally a matter for the judgment of the Chair.” This convention is very strong and of long standing, dating back to 2 April 1604. Last Thursday, the hon. Member for Rhondda (Chris Bryant) quoted examples of occasions when the ruling had been reasserted by four different Speakers of this House, notably in 1864, 1870, 1882, 1891 and 1912. Each time, the Speaker of the day ruled that a motion could not be brought back because it had already been decided in that same Session of Parliament. Indeed, “Erskine May” makes reference to no fewer than 12 such rulings up to the year 1920” (House of Commons, Hansard – Speaker’s Statement, 18.03.2019).

It is really powerful of John Bercow to do this, to use this rule as it is often not used, as seen by the history mentioned by the Speaker himself. Last time was in 1912, which is over a hundred years ago.

That shows how fatigued and how lackluster the current administration is and how they are not capable of finding a solution that the House of Commons nor the House of Lords will accept. Neither, an agreement that these Chambers of Parliament and the EU26 will agree upon with European Commission. Therefore, the Tories are screwed and not having a way out. Unless, they are able to find kryptonite before the 29th March 2019. Which I doubt.

John Bercow, the speaker showed Parliamentary Procedure, Parliamentary Law and even finesse with this, as the Tories would try again on their road to redemption, to find solace in the previously voted Withdrawal Agreement, which no-one finds suitable. Not the Brexiteers, not the Remainers and not even the indifferent. As the Tories and the whole of United Kingdom are sleepwalking into a “No-Deal” Brexit. Which will strike the Kingdom with vengeance.

The Tories and HM Government have very little time and this is a new hurdle. Not that the Tories have shown steady leadership the last two years. Now, they have to make fresh new motions with new questions before the deadline. Since, the Speaker has spoken. Peace. 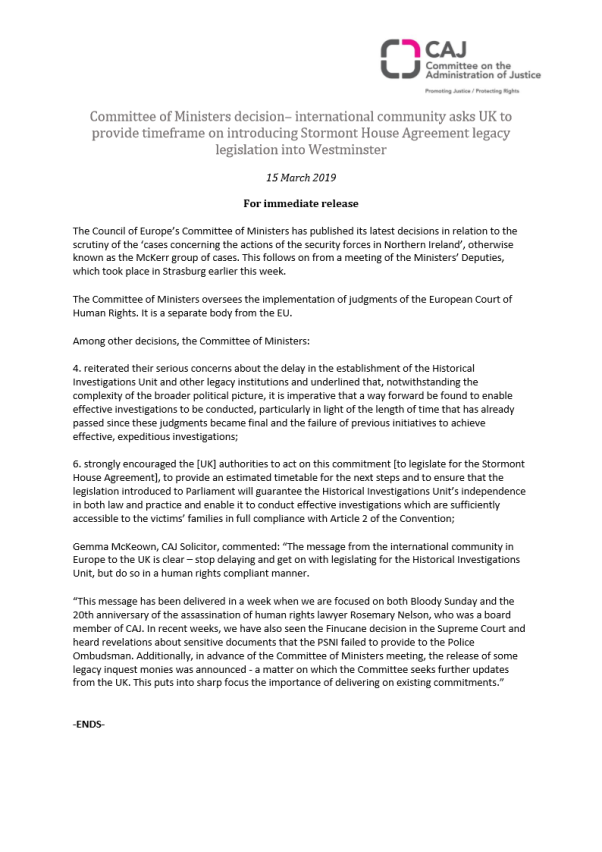 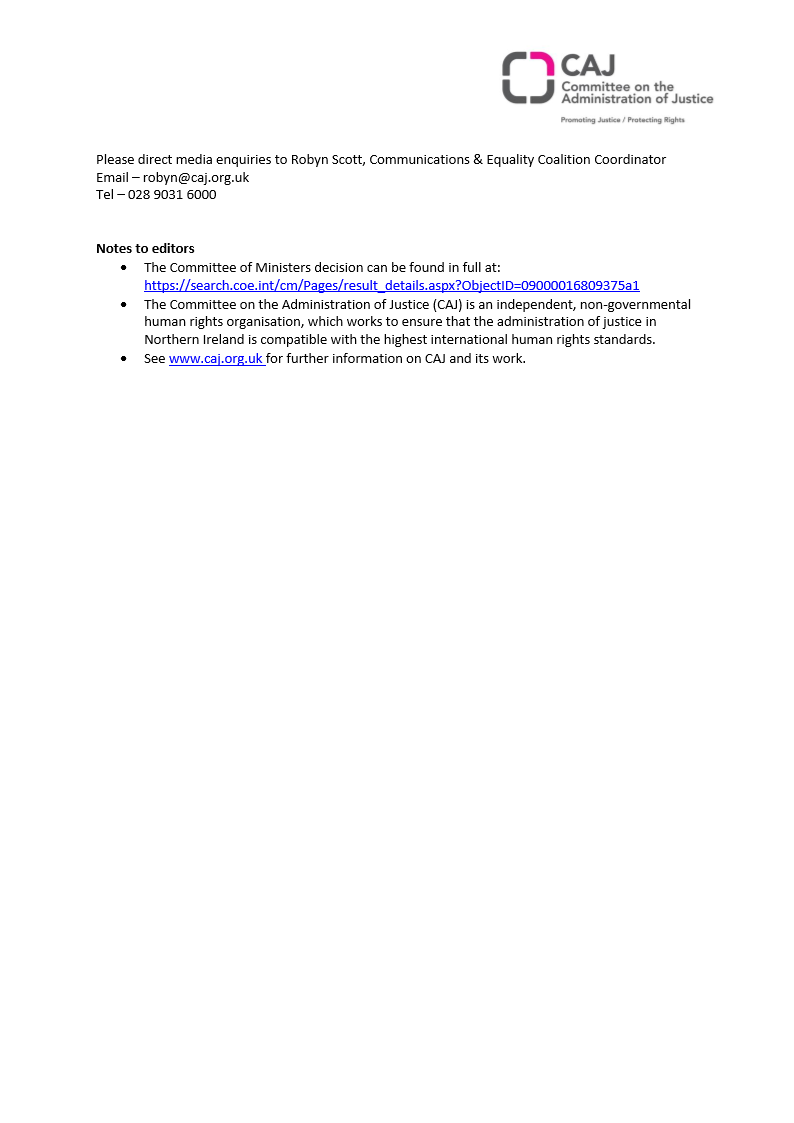