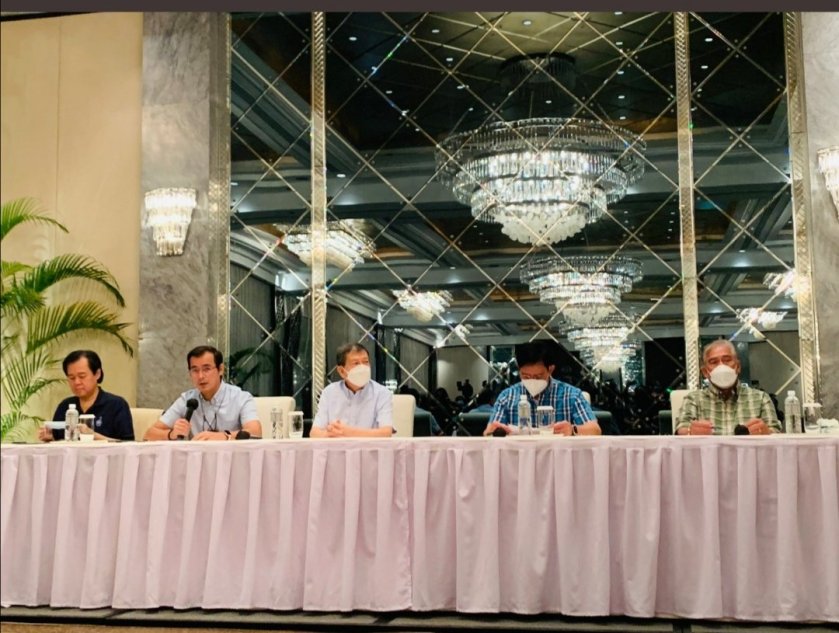 The aftermath of the Joint Press Conference and Joint Statement of the 5 Candidates has clearly backfired. Not only for “Isko” Moreno Domagoso, but for everyone of them. This being Ping Lacson, Norberto Gonzales and Vincente Sotto III. The one who didn’t show up was “Manny” Pacquiao…

This means that there 5 Presidential Candidates and the turn of events have proven how bad-faith and how it shows the worst in these candidates. The Presser could have been a joint force and project worth mentioning. As they could be a challenger and a proof of unity ahead of the polls. However, it is an obstacle and just a band of self-destruction.

These candidates have to defend “Isko” Moreno or try to deflect what he said before and after the Presser. The others didn’t dismiss him or his ideals, as they wants the Vice President Leni Robredo to withdraw from the race just 21 days from the polls. Instead of being reactionary or even try to challenge the “Bong Bong” Marcos campaign and the UniTeam in general. No, they are going for the second biggest and the one that has popularity to possibly stop Marcos.

If these candidates thought this would be a good idea and earn them points ahead of the polls. They are terribly wrong. They are only drowning themselves in the trenches and masochism. Where the strong and big-men is telling a woman to step down. When they themselves aren’t doing well or have favourable numbers across the board.

These people should be concerned about the lack of progress, support or their own campaigns ahead of the polls. They had to meet as a collective and bring down one of the opponents. Without even trying to go after the main one. That is really a special sort of “unification” and being “united”. The cause however seems useless.

Instead of focusing on their own runs and finalization of the campaigns. They have used it to deflect and target Robredo. One being vocal of her leaving. The others not shunning that or speaking ill of “Isko” Moreno. No, they only started doing so… when they saw the aftermath and results of yesterday’s Press Conference.

These folks could have seen it coming. Yes, they are now spoken about, but not in favourable terms. They are seen as losers and lost ducklings in the final stages of the elections. These are not seen as winners or men of honour.

No, they acted macho and masculine, by demean the only frontrunner who happens to be a woman. They didn’t even try to challenge or question “Bong Bong” Marcos who is ahead of them all. That can make you wonder… why did they do after all?

Because, this is not a winning strategy. This is failing in the worst way. Neither are they looking smart or brilliant. It is political scheming without decent planning or political capital. Why do I say that?

It is not like they have gained anything. They are not showing finesse or why they are characters worthy of your trust. Neither is it showing their political ethos or belief in any way. Other than a lady is supposed to withdraw so they can get properly fucked. They need a hand-rub to get hard and get up. That’s how it looks and it’s not sexy, but very disgusting. This is what they can do in their homes, but shouldn’t do for all the public to see. It is ugly and they should know better…

However, don’t expect it… Leni Robredo isn’t getting weaker because of it either. She is just proving her need even more. The same does her team and everyone around her. It is really striking and a loose-lose game of the candidates who participated. These needs help and need to hire better advisors. Since the advice that lead them to that table and playing this part is only a loose end.

Stupid is what stupid does… and that what they did. Peace. 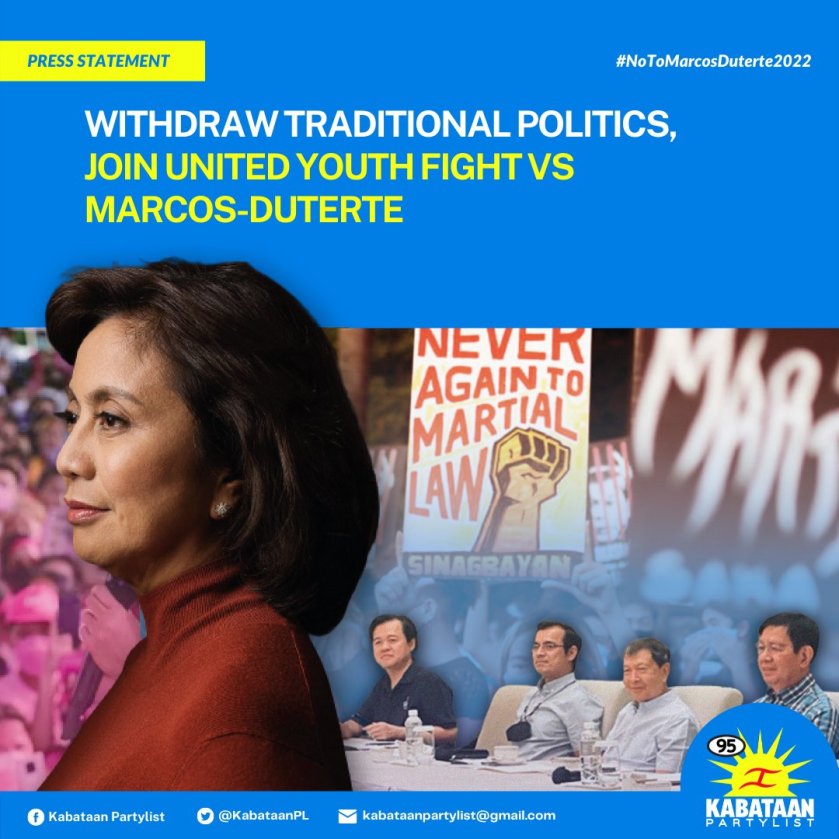 Kabataan Partylist is disappointed with the Easter Sunday press conference of some presidential candidates.

The cellar-dwellers’ ‘show of unity’ highlights only their personal ambitions instead of a united people’s agenda towards the end of the campaign season.

Their insensitive display of self-promotion looks more like a Marcos-produced theater act to portray a chaotic opposition in shambles.

It is even more sickening to watch ’opposition’ candidates gang up on opposition frontrunner VP Leni Robredo instead of working together to assist the victims of Typhoon Agaton or to address the recent climate crisis behind it, among other pressing people’s issues.

Their messy Easter presentation is far from the reality on the ground.

Making up majority of the electorate, more and more Filipino youth are geared to shore up votes for education, land reform, decent jobs, and pandemic recovery — votes to defeat the Marcos-Duterte tandem that stands to block these legitimate demands.

VP Leni presents the clearest electoral platform that contends with that of the Marcos-Duterte tandem, so it is no surprise that VP Leni will garner the most opposition votes.

Youth voters sincerely advise these presidentiables to focus on the youth and people’s agenda. Withdraw your trapo moves, unite for the youth and the nation’s future and prevent a Marcos-Duterte comeback. 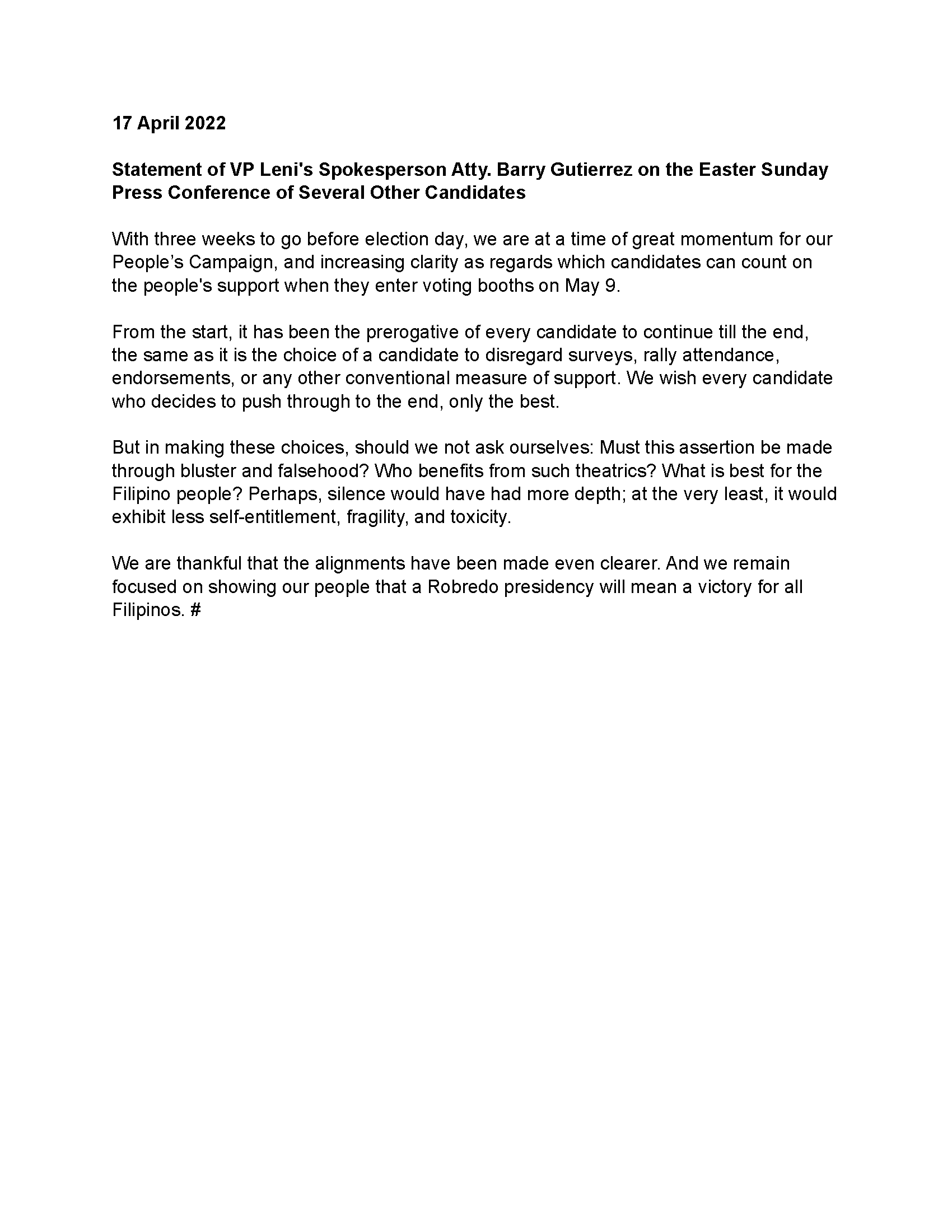 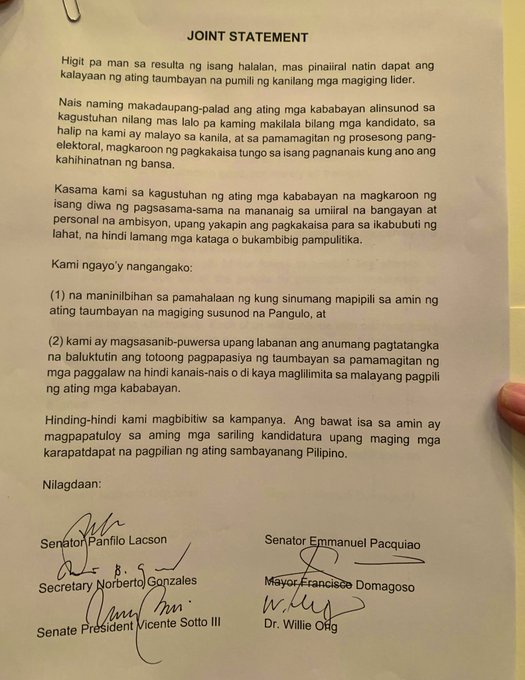 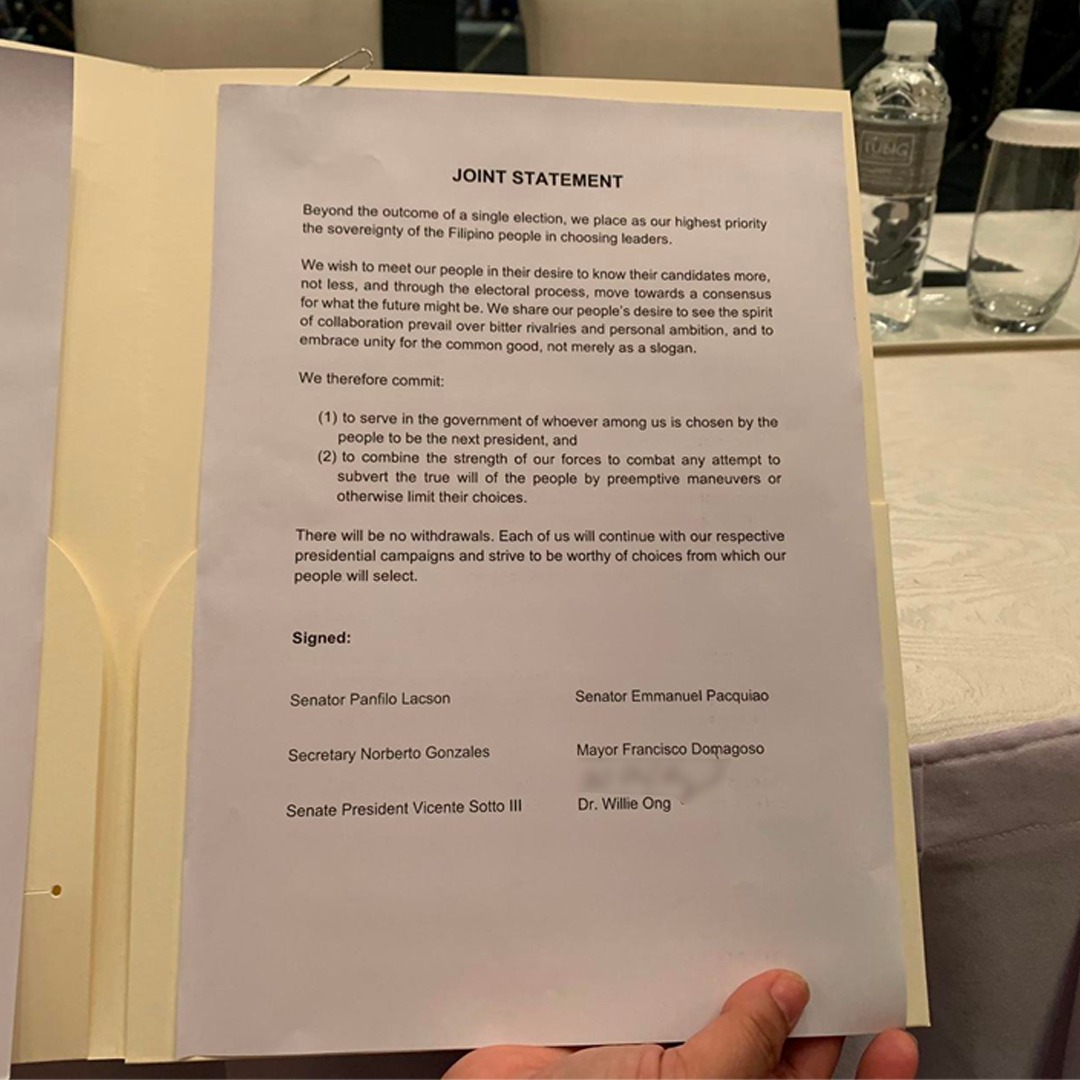