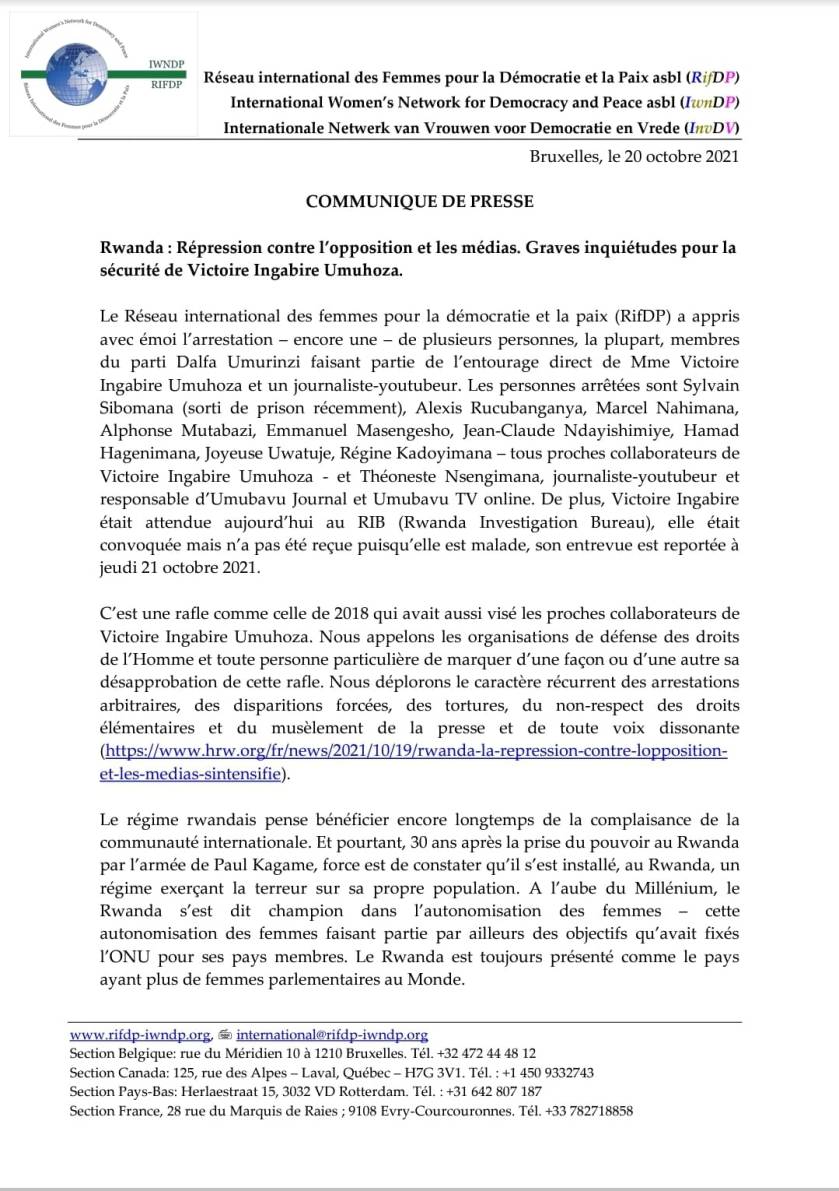 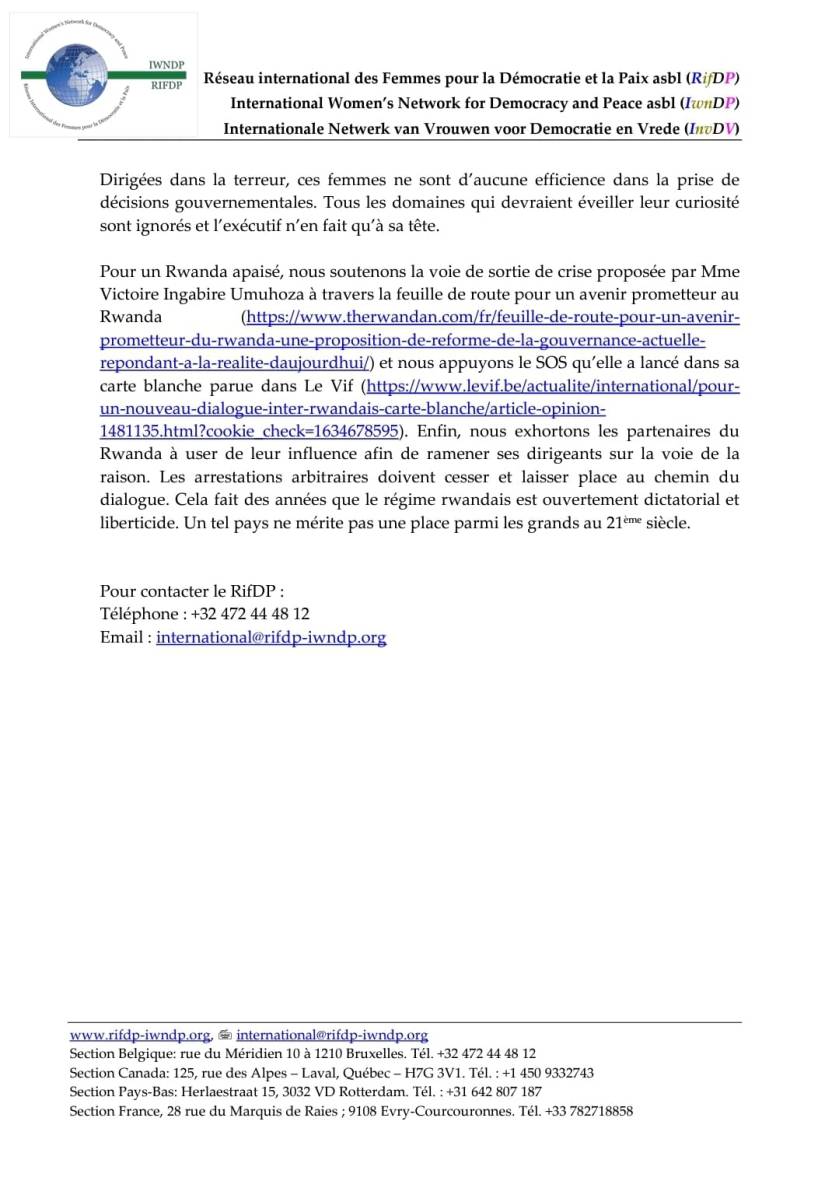 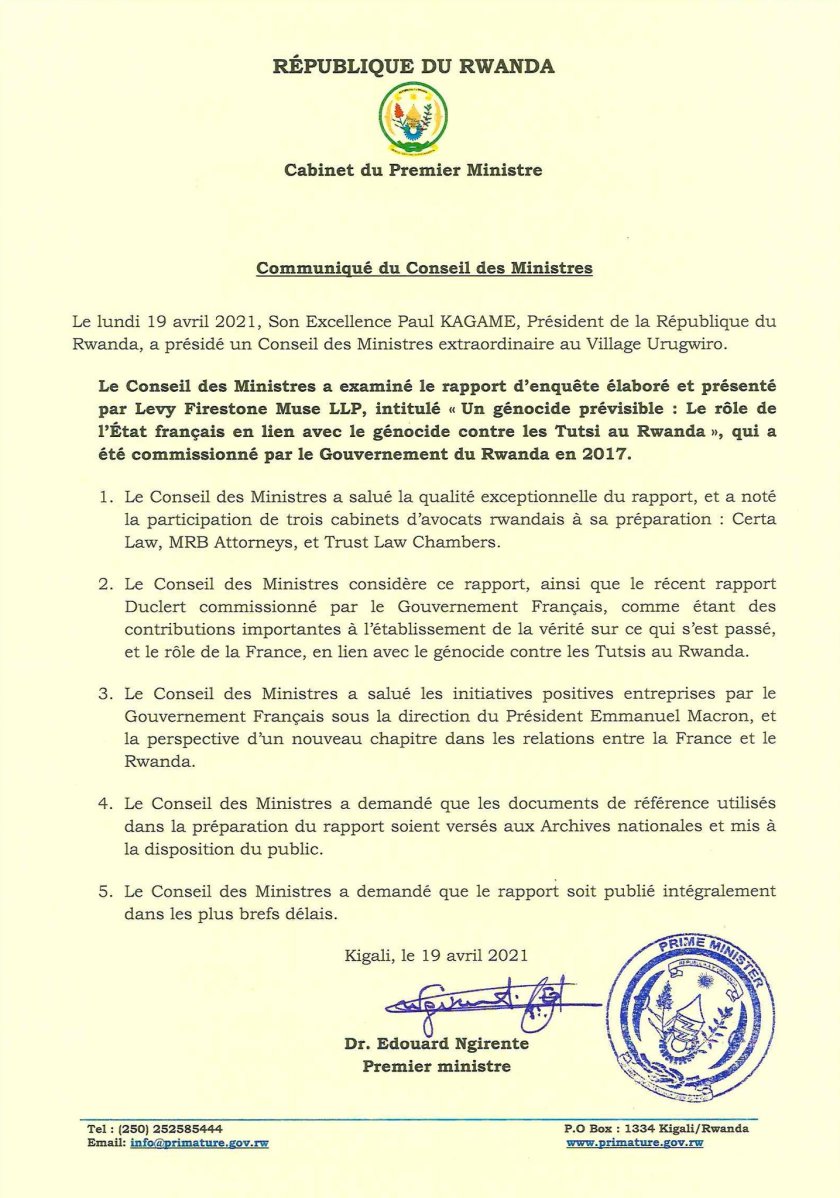 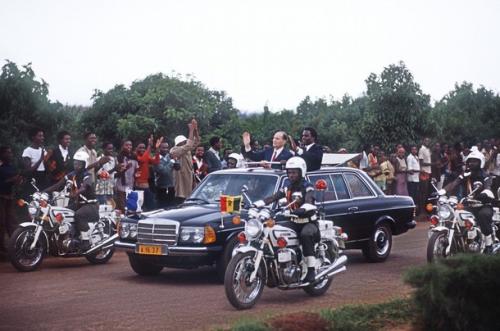 Yes. This is a long time coming. It had to be several of French Presidents before they took any responsibility and taking to account their role in the Genocide of 1994 in Rwanda. The French had invested and a close relationship with the current leadership at the time in Kigali. That jaded their will and their support for it. These folks did directly trade weapons and profit on the genocide.

The French have tried people who has been involved in the Genocide in Rwanda. France have acted as a big-brother, but not acted righteous towards its own ends. They have been the paternal nation and with the current Duclert Report. The current leadership in Paris should make reconciliation and redeem its stature in Kigali. That is only fair knowing what their actions did and did assist the atrocities in Rwanda.

First dropping one statement from France24 to show what they found and what has been written in 1999 about the same thing.

“The report tells of French decision-makers trapped in “post-colonial” thinking who supported the “racist, corrupt and violent” regime of Habyarimana as he faced a Tutsi rebellion which many considered was directed from English-speaking Uganda. Mitterrand “maintained a strong, personal and direct relationship with the Rwandan head of state”, it said” (France24 – ‘’Blind’ France bears responsibility on Rwanda genocide, historical commission reports’ 26.03.2021).

French Involvement before the Genocide:

“The leaders of France and Rwanda also had very close family ties Mitterand of France and Habyarimana were friends, but their sons, Jean Christophe Mitterand and Jean Pierre Habyarirnana, were not only closer friends, but that friendship was consolidated further by business dealings. The two camps used political power in their countries in order to boost and protect their respective economic interests. The Rwanda Re-view(2:3,1993) ran a letter from Mitterand to Habyarimana, a letter that was not only both personal and official, but also talked about the interests of France in Rwanda. There is also an indication that Jean C. Mitterand was one of the biggest arms dealer in Rwanda. It was there-fore in the interest of France that there should be use for the arms France was ready to supply to Rwanda, arms that eventually ended in the arms of the hands of the extremist killers” (Joan Kakwenzire and Dixon Kamukama – ‘The Path of a Genocide – The Rwandan Crisis from Uganda to Zaire’, P.83, 1999).

With these two pieces. You see they say the same thing. They are connected. The Kakwenzire and Kamukama is also showing the benefits of the relations between the Heads of State. That the sons also had a favourable relations. They wouldn’t have done what they did. If it wasn’t beneficial and had positive outcome. These folks wouldn’t have worked together like they did.

Both Kigali and Paris had close communication. They were even trading arms ahead of the genocide. Certainly knowing what was brewing and had some foresight into the violence that could erupt. Not like they were dumb or had no knowledge.

Just as they had already done this as well ahead of the genocide:

“1991; March 15: The French ambassador to Rwanda, Georges Martres, informed Juvénal Habyarimana that the French Presidency had decided to put a thirty-man DAMI (detachment of troops for military assistance and training) at the Rwandan authorities’ disposal *(Lanotte, 2007: 144). It was named DAMI-Panda and was originally intended to stay four months on location, but in fact it remained in Rwanda until December 1993 *(Lanotte, 2007: 145). This deployment was not publicized by the French political and military authorities, or by their Rwandan counterparts *(Lanotte, 2007: 148)” (Viret Emmanuel – ‘Rwanda – A Chronology (1867-1994)’ 01.03.2010, SciencePro.fr)

So with this all in mind. The Duclert Report only re-affirm what we already knew. They are only stating facts that been out there and they have finally “found” it out themselves. If they will take more accountability and actually reflect it. That is a whole different ball-game.

For some of us. We knew the French was directly involved and supported the regime who did their part in the genocide in 1994. Clearly, with that knowledge. The French could have acted differently and not participated in the exports of arms. However, they only saw money and friendship with the Heads of State. It was business and pleasure. Which in the end was helping the demise of so many innocent civilians.

Now is not the time for empty statements, but direct action of the French to act upon their own findings, which many of us already knew. Peace. 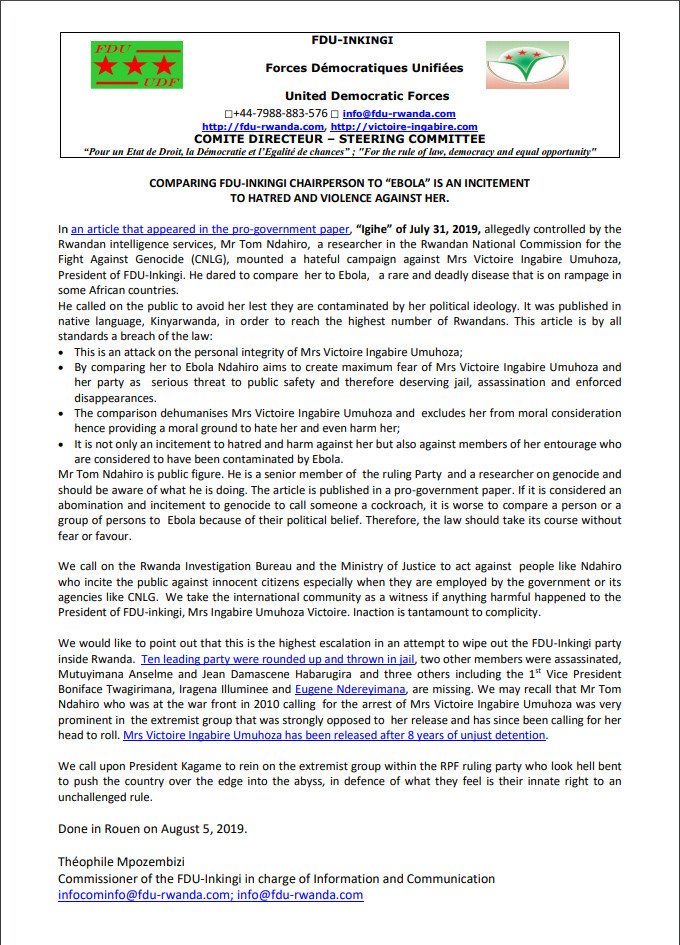 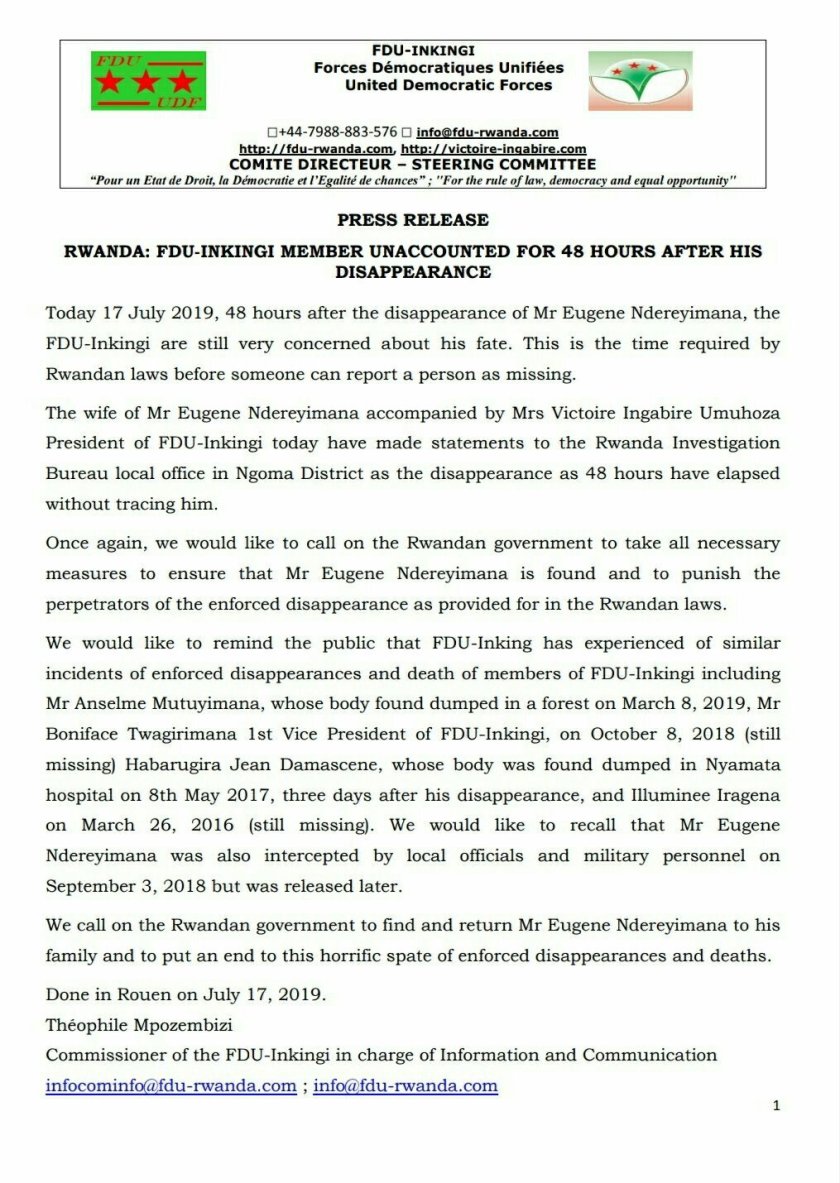 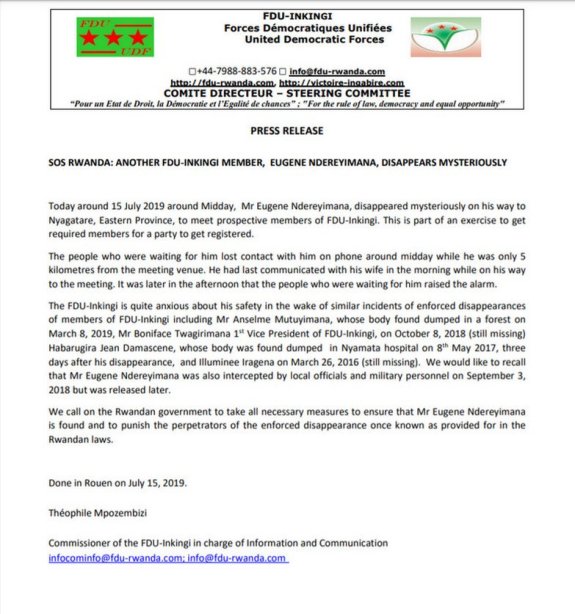 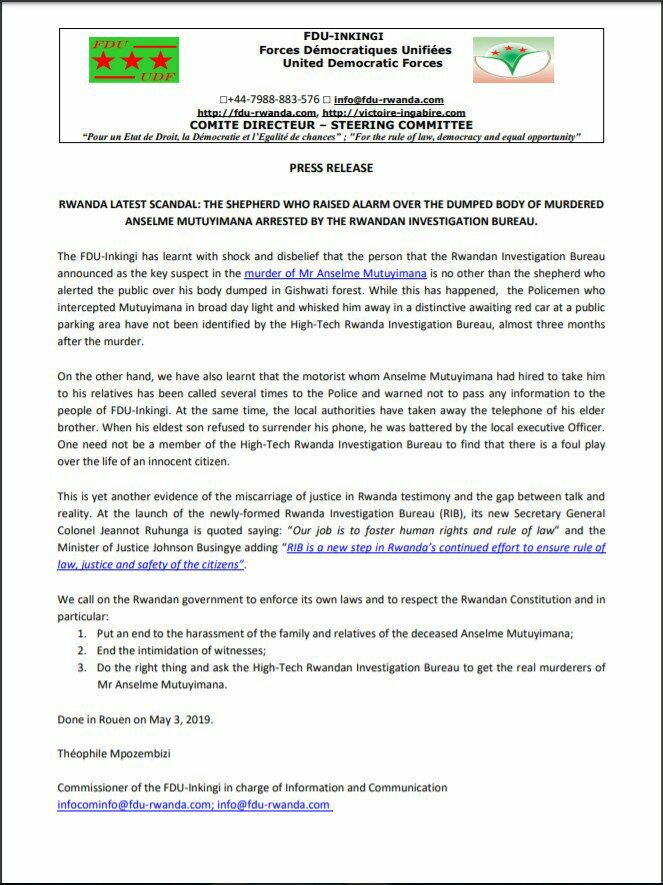 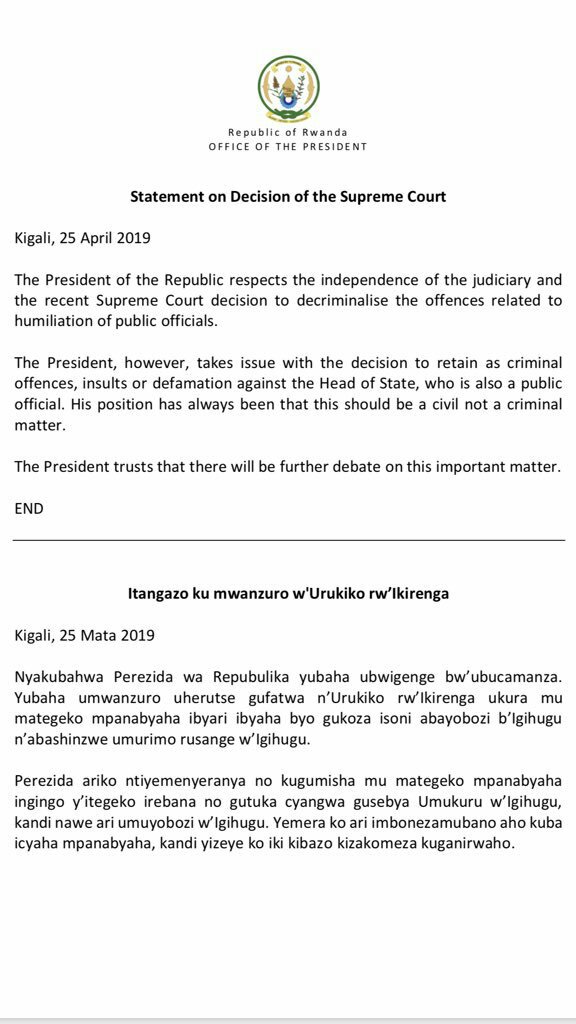 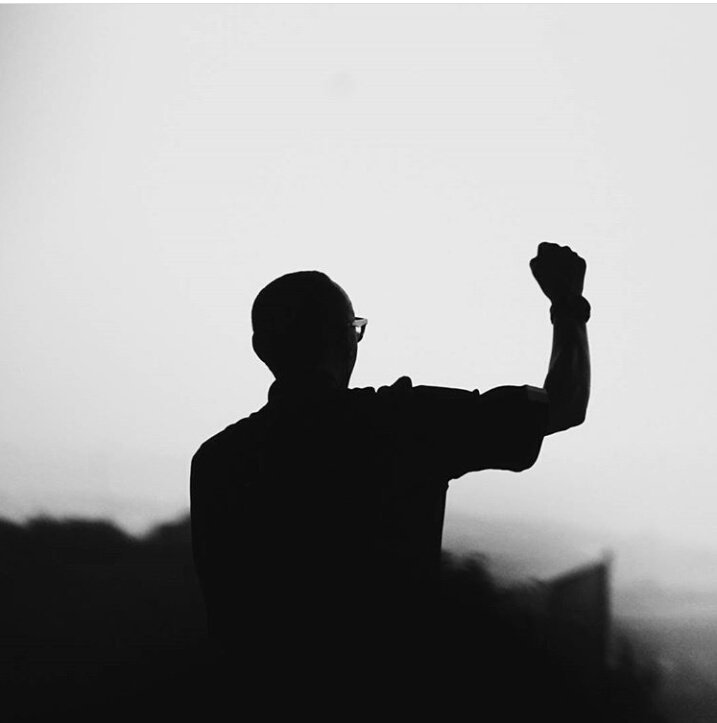 Well, the almighty, His Excellency and the superior human being, named Paul Kagame, the President of Rwanda. The man that is illegal to insult. His superiority is getting obnoxious levels. While other are steady on overdrive on Super Mario or whatever else. The President of Rwanda is busy scheming other things.

It is now validated at the Supreme Court, that it is a crime to insult, Mr. President and it can be punished up to 7 years in the Republic. That is the very crime for insulting and dismay the honour of the executive and the highest office. Surely, the President can be proud of himself, as no-one is allowed to put ill words against him and if they do, they will pay. That is just the way it is now, actually by law.

I am sure, as people say that this President is so intelligent and wise, that his so brilliant and smooth. That he is so thin-skinned and lack of moral code, that even just saying some disregarding words can put you behind bars. This is the sort of words that actually get said at bars.

You know you could take a shot or two, even the whole bottle. Make a grin and flinch a joke, but that is also illegal, just as satire and cartoons made about His Excellency. All of it is illegal, it is so superficial and fake. The amount of praise someone who is getting close to a 100% of all votes, has to by law tell them how to talk about him, paint him and even write.

This doesn’t seem like a confident man, like a man of statute, a man of grace and mercy. No, this is a narrow-minded individual, who misuses power and thinks fear is the only thing valued by men. That is the sort of leader, Kagame is, if not, his a misunderstood demigod, who thinks he reign supreme and we others are just supposed to be in blind submission of his glory.

Alas, it will not be like that, that is why he makes laws like this. This is to strike down the ones who disregard him, the ones who doesn’t follow him and the ones who rebels. They are all outlawed, just because their smirking and jokingly saying something about the godly, Devine, the spirit of eternity, the messenger of all sacred things. The ones who in his mercy is blessing the world with his spirit and judgement, the man whose mind and embodiment of the eternal flames, the eternal life and the godly perfection. Cannot be put into question or assessed by mere mortals, we all just have to bow our heads and kiss the ground. Because, we are just lucky to be breathing in the same realm and planet as this demigod.

Surely, a man who cannot be insulted without consequences means by default, that he has to be above the rest of us. He has to be such a presence and grandeur, which even the alphabet, the languages of the world or even the holiest of scriptures can comprehend his majesty. We just have to bow our knees to his grace and hope he doesn’t chop our heads off. Peace. 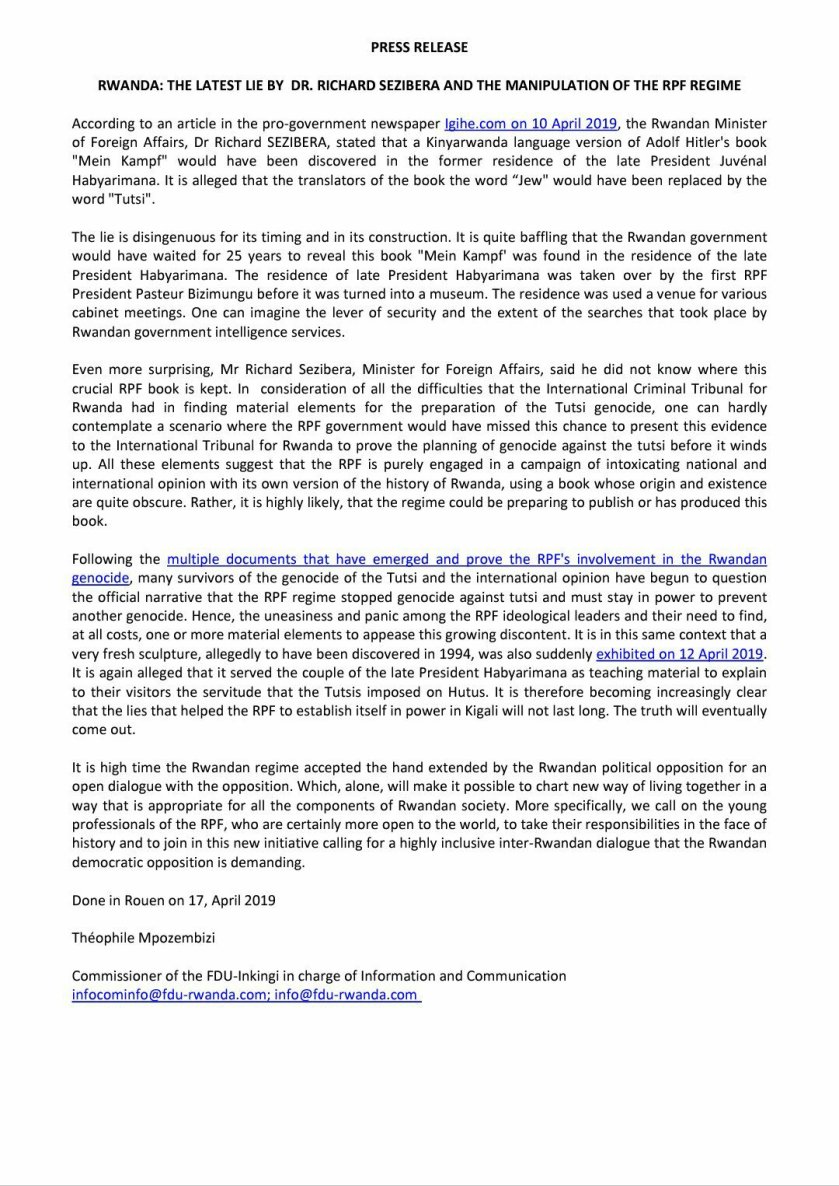