There been talks of the Hip Hop Police and that the authorities are working directly to look up any minority or any sort of African-American who gains certain popularity and whatnot. That has been the talk of the town. The authorities are now trying to make an example of the gang-affiliated musicians, rappers or MCs, which are there.

One of them is Jeffrey Williams aka Slime aka Young Thug. Has certainly lived the life-style he has written about and the stories he has to into his music. That can be said with certainty now. The DA of Fulton County hopefully has more than Instagram pictures and Song Lyrics. Though these are social media messaging and an artists expression. However, when you see that in consideration to the criminal activity and part of a street gang. There will certainly be more and the DA should be bulletproof in the sense of co-ordination of evidence that collaborate with the charges and the indictment.

I am just dropping a few pieces of the 88 pages indictment of the YSL Street Gang, but just reading these alone. It is compelling to see and say that Young Thug will not record or be free in a very long time.

Here is what it says, which I see as vital for the indictment and charges:

Atlanta, Georgia. YSL claims affiliation with the national Bloods gang. YSL’s founders were Jeffery Williams AKA “Young Thug,” AKA “Slime,” Walter Murphy AKA “DK,” and Trontavious Stephens AKA “Tick,” AKA “Slug.” Jeffery Williams, an Atlanta-based hip-hop artist, made YSL a well-known name by referring to it in his songs and on social media” (Fulton County – ‘Indictment Clerk No. 225C/82273’ 09.05.2022).

“As associates of the enterprise Young Slime Life (hereinafter “YSL”), the defendants conspired to associate together and with others for the common purposes of illegally obtaining money and property through a pattern of racketeering activity and conducting and participating in the enterprise through a pattern of racketeering activity. In furtherance of the conspiracy, the defendants engaged in the activities enumerated herein” (Fulton County – ‘Indictment Clerk No. 225C/82273’ 09.05.2022).

“Defendant JEFFERY WILLIAMS, an associate of YSL, did appear in an video released on social media 16 days after the murder of Donovan Thomas Jr., stating “so a nigga lie to they momma, lie to they kids, lie to they brothers and sisters then get right into the courtroom and tell the God’s honest truth, don’t get it, y’all niggas need to get fucking killed bro, from me and YSL,” an overt act in furtherance of the conspiracy” (Fulton County – ‘Indictment Clerk No. 225C/82273’ 09.05.2022).

This here will be detrimental to the career of Young Thug. However, there are plenty of victims of his gang and their activity. So, there will be people who has lost their family members and been victimized by the street gang. Therefore, Young Thug will most likely be long behind bars. He and the others will face long stints too. Especially, if the DA has the evidence and can connect it all.

That’s why the rapper and musician, Young Thug should be worried and so should anyone who wants to hear new music from him. This case and pending trial can finalize that.

The YSL RICO case could be end of his career, just like YSL has ended other peoples lives and now it comes back to haunt him. That’s what the justice system does to you and this sort of violence, racketeering and murders has to be held to account. Young Thug made it seem like he could get away with it all.

But now… the authorities got him and the Thug Life is costly for everyone. Not only the artist himself, but everyone surrounding him. It is especially tragic that he didn’t just talk about it over instrumentals, but lived it too. 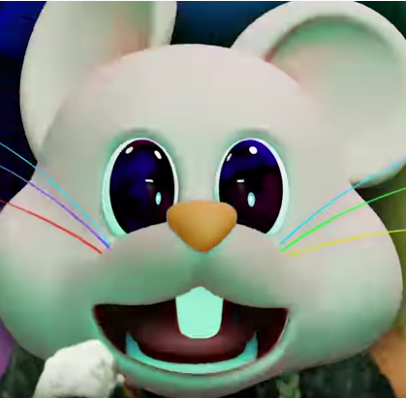 “Said we don’t talk to police

We ain’t trustin’ in the judicial system, we shoot guns

We rely on the streets we do battle in the hood

Yeah we rely on these streets dawg

So for a hip-hop of the late 1990s and early 2000s, what happened yesterday or today with the released track ‘Gooba’ from the rapper Tekashi 6ix9ine aka Daniel Hernandez. Whose home early after a short stint in the pen. He got out early because of his asthma. However, he has more issues than that.

I especially got triggered by this bar:

So, yes this song is trending and because of this bar. I want to prove with court documents what he did. It’s a reason why I posted Geto Boys first, because well.. Tekashi doesn’t care and wants to be the ultimate troll. In this regard, let me dive into what is a open document, which I could access without any hard-work. Because, this artist isn’t worth trying to investigate even.

The Sentencing Memo of 4th December 2019 says this alone:

“ Hernandez participated in approximately seven proffers from November 20, 2018 until his guilty plea on January 23, 2019. Based, in part, on his information, the Government was able to charge additional acts of violence and added the following individuals:

1.Ellison for his involvement in the Nine Trey RICO conspiracy; the July 22, 2018 kidnapping and assault with a dangerous weapon; and, the October 24, 2018 slashing of another individual in Brooklyn;

2.Denard Butler, a/k/a “Drama,” for his involvement in the Nine Trey RICO conspiracy and his participation in an April 3, 2018 armed robbery in Manhattan;

4.Aljermiah Mack, a/k/a “Nuke,” for his involvement in the Nine Trey RICO conspiracy.

In addition, Hernandez provided the Government with critical insight into the structure and organization of Nine Trey, identified the gang’s key players, and described acts of violence that he personally witnessed or that he heard about from other Nine Trey members. After Hernandez’s cooperation became public in February 2019, several of Hernandez’s co-defendants contacted the Government to begin plea discussions” (Geoffrey S. Berman, U.S. State Attorney – ‘Re: United States v. Daniel Hernandez, S5 18 Cr. 834 (PAE) 04.12.2019).

So with this document alone, you can easily see that because of 6ix9ine there is 4 gang members behind bars. Not that I am for criminal behaviour or anything. But I prefer consistency and if the artistry is supposed to be authentic. Than, Tekashi is far from it. His trolling, while Court Documents proves he ensured several of his former buddies in Nine Trey Gang got arrested and gave insider knowledge of how it was organized.

That is the work of a rat or an informant. The sort of person who exposes a criminal conspiracy. So, I know, I told you how he did it. You might think your cool or brave for your actions. Instead of being real, your real dumb. You acted stupid when you were blowing up and to save your own career, you ratted out the people giving you street credibility. Which is a really special breed of artist.

Now we can just await the defence of his actions from DJ Akademiks. Because, that is what he does. Well, enough rubbish. Peace.

Let me end with his letter to judge in December 2019: 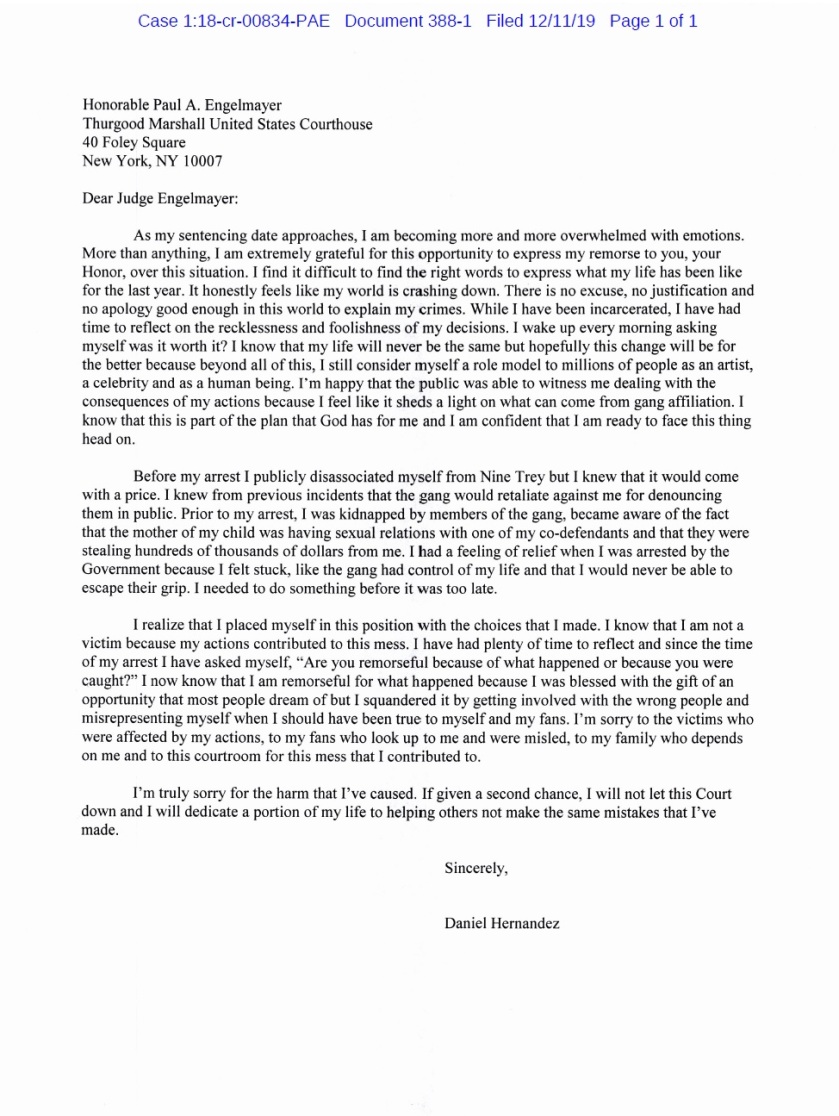