Archive for the tag “RECSA” 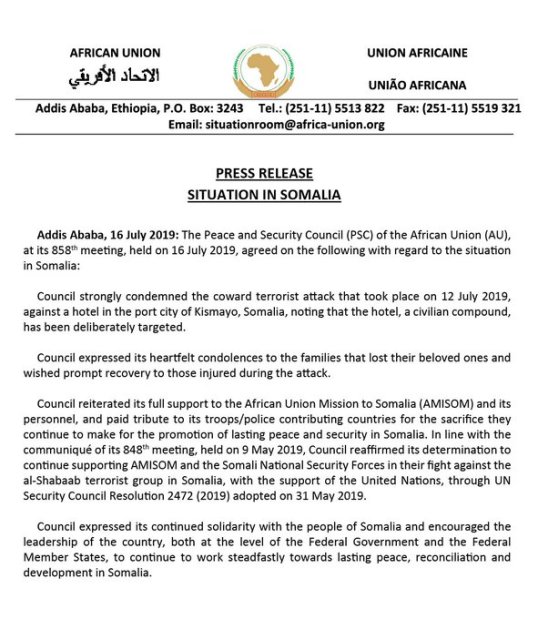 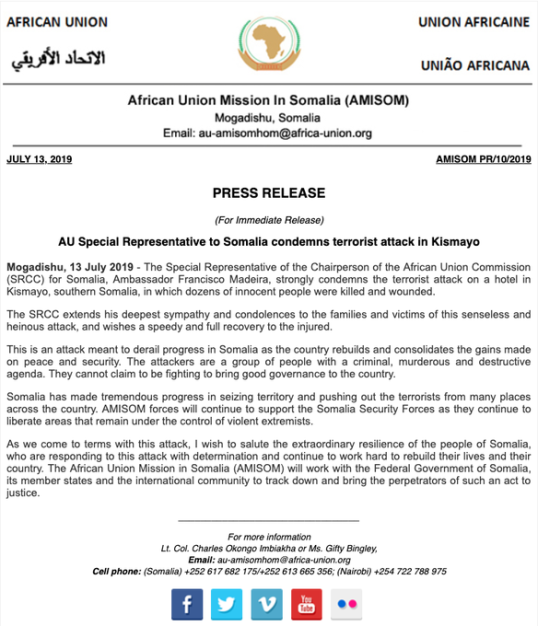 Somalia: Statement of the Interngovernmental Authority on Development (IGAD) on the Terrorist Attack in Kismayo (13.07.2019) 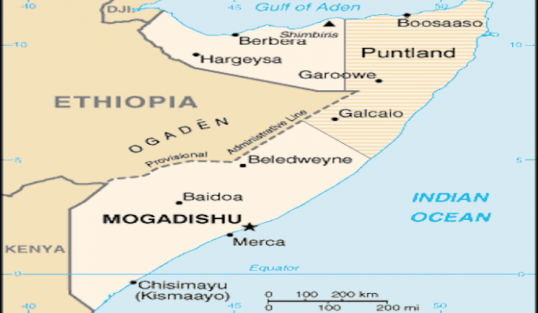 The delayed start and poor performance of the 2019 Gu’ (April-June) rains resulted in severe drought conditions across Somalia through early May.

MOGADISHU, Somalia, July 12, 2019 – Two years after the prolonged 2016/2017 drought destroyed livelihoods and displaced almost one million Somalis – but also triggered a massive and successful scale up in humanitarian response to avert famine – severe climatic conditions, combined with other persistent drivers of humanitarian crisis, armed conflict, protracted and continued displacement and a spike in evictions of internally displaced persons are again pushing Somalia towards a major humanitarian emergency.

The delayed start and poor performance of the 2019 Gu’ (April-June) rains resulted in severe drought conditions across Somalia through early May, pushing millions of people into acute food insecurity, with dire consequences for marginalized and displaced communities. In response, the Federal Government of Somalia and the aid community are together implementing a Drought Impact Response Plan which will provide critical life-saving assistance to 4.5 million Somalis between now and the end of the year at a cost of $686 million.

“The food insecurity situation is now extremely concerning with potentially disastrous consequences for the 2.2 million people facing crisis levels of food insecurity.  The seasonal harvest is projected to be 50 per cent below average and even lower in some areas, while malnutrition, drought-related diseases and displacement as well as protection risks are exacerbating existing vulnerability,” said George Conway, the acting Humanitarian Coordinator for Somalia. “I applaud the Federal Government of Somalia for demonstrating leadership and prioritizing scale up of response to the impact of the erratic and underperforming rains. I call on donors to fully resource the Plan and avoid a major crisis.”

The recurrent climatic shocks are a clear sign that Somalia is persistently vulnerable to the effects of climate change. “While it is critical to respond to today’s urgent life-saving needs, it is equally important that we build community resilience, invest in long-term development and strengthen the capacity of Somalia to withstand future shocks. Not every drought needs to lead to catastrophe,” said Mr. Hamza Said Hamza, the Minister of Humanitarian Affairs and Disaster Management. “We remain committed to move ahead with durable solutions under the Resilience and Recovery Framework and count on our international partners for support.”

The negative impact of erratic and abnormally performing Gu’ rains followed a poor 2018 Deyr season (Oct-Dec), and unusually dry conditions during the 2019 Jilaal season (Jan-Mar), impacting communities that are still recovering from the severe drought of 2016/17. With the exception of the 2018 Gu’, every rainy season since late 2015 has been below average, leading to increased vulnerability and decreased coping ability. Amidst this concerning situation, the humanitarian operation in Somalia remains underfunded with the 2019 Humanitarian Response Plan having received only 38 per cent of its requirements by mid-year, forcing aid agencies to limit or reduce relief efforts at a time when scale up is critical.

Contributions thus far received from the Governments of the United States, Germany, the European Union, the United Kingdom, Canada, Sweden, Qatar, Denmark and Switzerland amongst others are deeply appreciated, but all donors are encouraged to increase contributions to address the impacts of the current humanitarian situation. 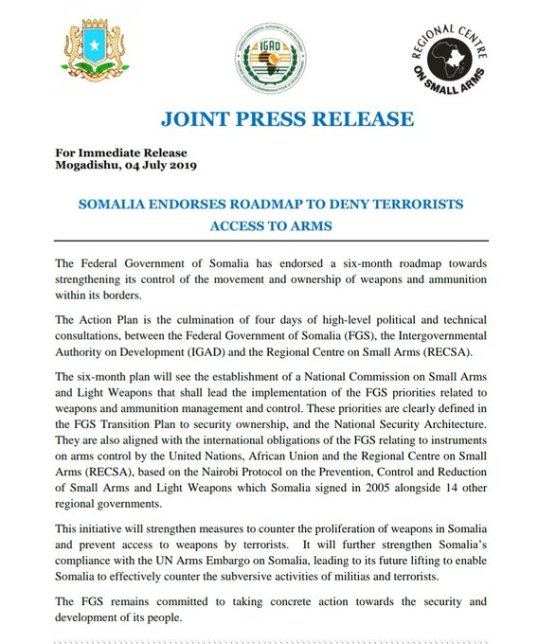 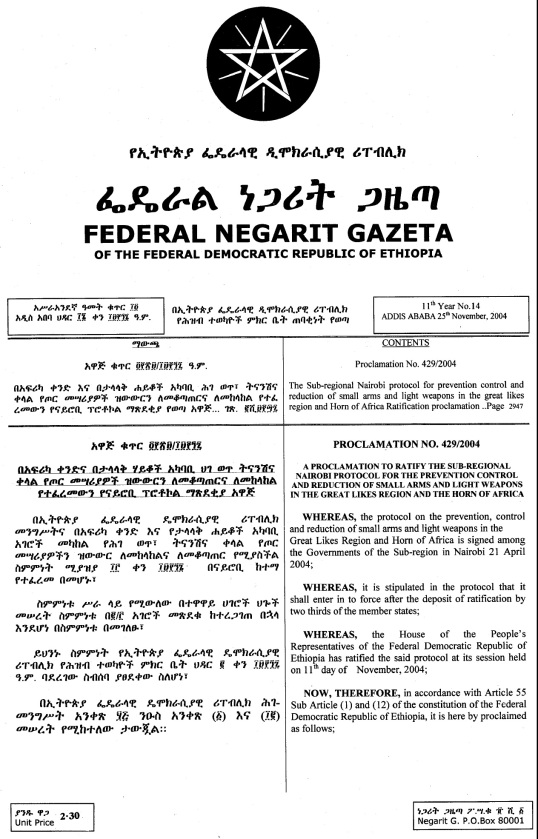 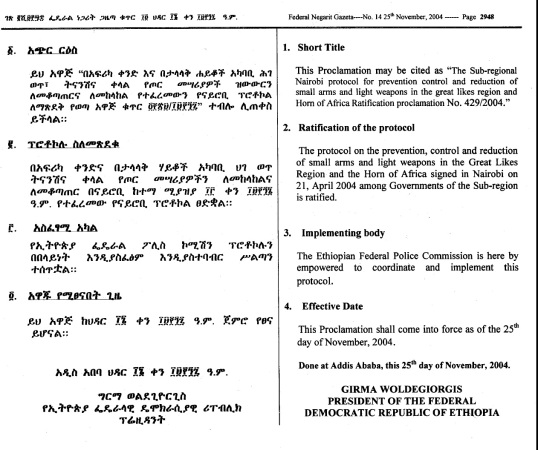