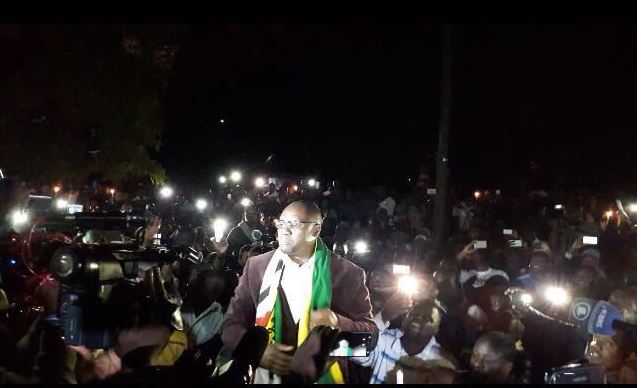 Pastor Evan Mawarire, the Zimbabwean Civil Rights leader who started wearing the Zimbabwean Flag and called for demonstrations wearing it in public. The Zimbabwean Flag became a tool of resistance and defiance of the Zimbabwe African National Union – Patriotic Front (Zanu-PF), the ruling regime that has been in power since 1980 and under the current President Robert Mugabe.

Robert Mugabe reign started hopeful, but has turned sour over time. President Mugabe has forgotten his struggle is keener on buying jewellery for his wife than caring about his citizens. Therefore the rise of men and civil rights activists like Evan Mawarire is extremely important to change the republic. A republic that has become corrupt cronyism and where the foundations are shaking; where the police brutality and impunity runs rapid. Where massive amount of citizens are living in the diaspora and flee to live in shacks in South Africa.

This is the legacy that is left behind after decades under the President Mugabe, the real change never came, only that that the Zanu-PF elite got to eat and takeover lands from the inherent former colonial tribes and given that away to Zanu-PF elites and generals. So this has shackled the production of a former breadbasket, as the El Nino even made the lacking foods worse. The drought together with the lacking agricultural policies made the former proud farmer nation into a nation who needs help to feed it; so the independent nation needs more help than before existence of Mugabe Administration.

The thieving of export funds together with the problematic inflations, as well as faltering currency policies that lead to the depleted economy, as well as International Monetary Fund and World Bank put sanctions or suspended needed loans to the Zanu-PF government. The Zanu-PF has used the funds on their own and had famous parties for the President and his family. As well as the Vice-President putting hotel bills on the government as he lived over 1,5 year at hotel in Harere and sponging of the government coffers.

With the knowledge of this, with the lacking medication on the hospital, the lacking payments of salaries to the civil servants and others proves the lack of governance. The allocations and misuse of funds is rampant as the Zanu-PF elite rides in expensive imported SUVs while the common-man cannot get out enough funds at the ATMs to pay their rent or pay for food suppliers at the market.

In this context came the monumental rise of a simple man, not a man of wealth or kin of former renegades against the colonial Ian Smith Government. Evan Mawarire was close to nobody before 2016 and #ThisFlag Movement. He wasn’t somebody who was well-known. Still, his cause through peaceful means became too much for the government to handle. Therefore they abducted him and as the whole day in Court happen with a dozens of the lawyers who worked Pro-Bono for the man, because they saw his cause and his rise. Pastor Mawarire, we’re a citizen and an outspoken one, who showed no fear for the repression of the Zanu-PF. That because it seems like a genuine cause and heart for his nation. The Republic that birth him and raised him, he wanted a republic with a government that would represent the people and not just bow-down and bend knees for Mugabe.

That is what it is now. The Zimbabwean nation with their mismanaged bond-notes who are another tactic of the Zanu-PF to gain spoils on loans and trying to get more out of the foreign currency in the nation. So the Zimbabwe Reserve Bank together with the President Mugabe hustling more out the poverty with the transaction of  loaning a fortune and then exchanging the foreign currency surplus to the elites. White-washing the bond-notes at the same time; a successful receipt to destroying faith in monies and getting a new 2008 crash-course in hyper-inflation; something the Zanu-PF under Mugabe has created before! 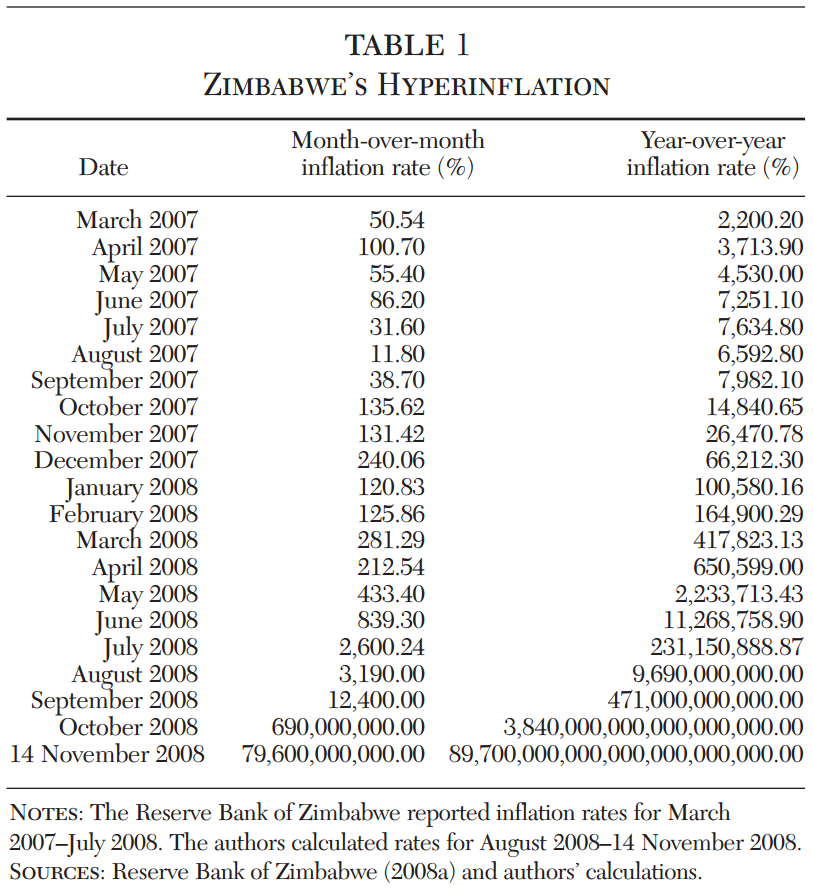 So the #Tajamuka, #NotoBondNotes and #ThisFlag together with the rising men and woman who acts against Mugabe and his regime are currently rising with 2016 year coming to the end. Evan Mawarire is a symbol, not only a man who sadly had to flee to United States after the short trial where the public waited for him to released. They proved the people power over a corrupt crony government with draconian laws and a security apparatus that takes the freedom, liberty and opportunity away from the citizens.

The Zanu-PF under Mugabe isn’t giving the Zimbabwean people hope, he is destroying while eating the spoils, while running away from his killings and his damaging rhetoric that has barricaded himself and left him alone. The ones that are loyal to Mugabe isn’t there because the love him, but they love the brown envelopes. There isn’t a policy or political framework that can build the nation or change the pattern of destruction under Mugabe. He has only his own will, which he believes is the will of the Zimbabweans.

If it we’re so, the people wouldn’t felt touch and felt the need for Pastor Evan Mawarire, there wouldn’t be a unknown pastor who turned civil rights activist who would make the headlines, it would been men like Morgan Tsvangirai and Acie Lumumba should be in charge, they should blaze the winds of change. Tsvangirai under the Movement for Democratic Change that had a popular rise a decade ago and nearly toppled the Mugabe regime. The current youth leader and populist Acie Lumumba his VIVA Zimbabwe we’re supposed to garn support, but it doesn’t. Their ties with Mugabe and history are making people sceptical of their will to change the cronyism.

Zimbabwe needs people like Evan Mawarire, the world needs people like him and that has faith in peaceful disobedience against greedy oppressive regimes. Mawarire needs Zimbabweans and the world needs to support his cause for peaceful change. Mugabe isn’t automatically entitled to be president, than he is a Zimbabwean King. Kings are entitled to their role as leaders of their people and to be monarchs. But a President is elected to represent the people and ones in the dominion that the President has the power to rule, because the hand over that power to the person through elections or other functions that make it just. That hasn’t happened in Zimbabwe.

The people in Zimbabwe deserve a government that represent them and work for their will, not being in Harare to earn on the public coffers and earn on loyalty to Executive Mugabe. So the rise of a man like Mawarire is bound to happen because of the injustice happening time and time again. Too many people and their stories dwindle away, so many people have suffered while the rich has eaten, as they have built mansions and owning land instead of building institutions and invested in the people. 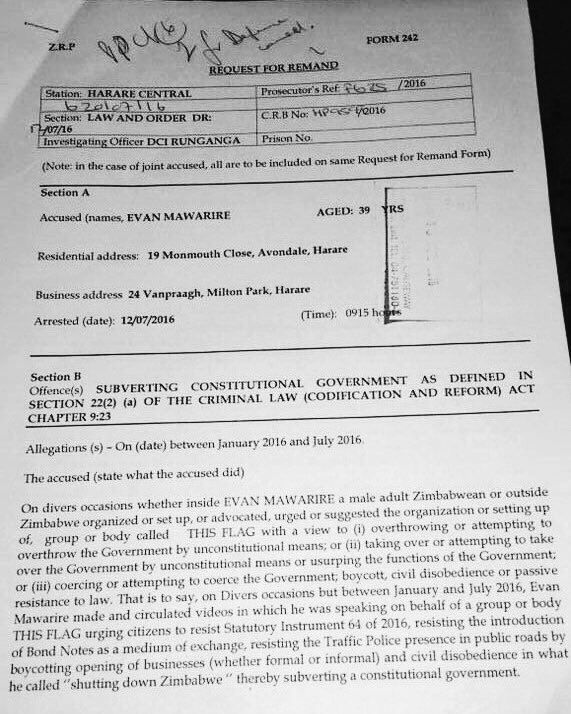 #ThisFlag and Evan Mawarire are the signs of hope, the signs of people wanting justice and development for their nation. That would be well deserved, the liberation from the Ian Smith regime wasn’t to make sure the liberators could eat the spoils, but actually the free-men of Zimbabwe could live free and earning a proper living for their work. That is dream right now, the rights are only for the entitled in the Zanu-PF the others has to beg. The justice is of two nations, the ones living in the elite and the rest. It’s the rest that needs men and woman like Mawarire, the world need people like him to address the concerns of people in need and who deemed poverty with no voice for their concerns. They are the ones that needs help and needs a government working for them. Instead they are keener on fixing the riches for the elite and finding new ways of short-conning the population. So the Mawarire has to rise-up and say “enough is enough” the Zanu-PF has used their time and taken the people for granted; the Zanu-PF doesn’t deserve anymore, they have used their time and spent it unwisely. Mugabe forgotten his struggle and his riches has blinded him from the cause that lead him to power.

Therefore he had to call out Mawarire and claiming his cause we’re useless. He was hurt that one of his citizens called him out and acted against him. Mugabe made this way and now have to see what he has made, but his stubborn acts of ignorance, his will of keeping enriching himself, is the reason for the rise of the Pastor. The Pastor wouldn’t be anybody if it wasn’t for the oppressive and brutal regime. The regime of Mugabe has lost their way and lost the reason for existing… Peace.

“Let me cut right to the chase and say to President Robert Mugabe: I am sorry Mr. President, but I do not believe that the fifteen billion dollars is missing. I cannot believe that it is missing simply because you tell the nation that it is. The reality is that fifteen billion dollars does not just go missing. Somebody knows where it is and why it is where it is” (…) “This is a serious matter that needs every Zimbabwean to be seriously exercised about. We are entering a period where we cannot afford not to be vigilant, not to be suspicious of a party that has become accustomed to doing evil” (…) “It is important for the international community to recognize that our minister of finance’s desperate pleas for help do not mean Zanu PF has changed, or that it does not have a plan to foil the will of the people in 2018. It is one thing to be desperate, and quite another to have changed one’s ways” (…) “Like the $15 billion we are asked to believe is missing, we are also asked to believe that this government has nothing to do with the disappearance of Zimbabwe’s sons and daughters like Itai Dzamara, Rashiwe Guzha and others before them” (…) “Countrymen, this is Dr. Noah Manyika from Build Zimbabwe saying: Do not believe a lie. Is there not a cause? #BuildZimbabwe”

“Lumumba says he did not Insult the President of Zimbabwe. He says he is a Politician not a protestor. He says PASTOR Evan Mawarire is done!!” (My Zimbabwe The revolution shall be hash tagged, 2016)