The EFF marks the 37th Anniversary of the hanging of Solomon Kalushi Mahlangu by the murderous racist apartheid regime in 1979. Mahlangu represents the brave generation of 1976 students who as a generation started a fight against the apartheid regime which ushered our freedom. It is the generation of Mahlangu that must be credited for the mass work that characterised the 1980s and led to the fall of apartheid.

It is also a matter of fact that the ANC benefited directly from the ideas of Black Consciousness which were central to the awakening of the 1979 youth generation. On the Anniversary of the death of Soloming Mahlangu we therefore celebrate the ideas of Black Consciousness. At the centre of these ideas is the proposition that to be black is not a matter of the colour of your skin, but a matter of your consciousness. To be black conscious is to fight against all forces that seek to turn black people’s lives to waste and permanently live as beggars in the country of their birth.

Merely being black does not make you black conscious; and all blacks who steal from the people contribute to the oppression they suffer. In the same way that anti-apartheid activists fought against Bantustan leaders, we shall fight against the ANC whose government is about advancing the interests of white monopoly capital and of nepotistic kleptocrats at the expense of the livelihoods of black people and the constitution.

The EFF also notes that Solomon Manhlangu was killed on the same day of the anniversary of the arrival of white colonialists led by Jan Van Riebeeck. This is not a coincidence at all as it was aimed at reasserting the colonial claim against all black people that we are a conquered and defeated people.

The anniversary of the death of Solomon Mahlangu should as a result lead to the reassertion that true liberation without the land is meaningless. The colonial power that apartheid wanted to reaffirm by hanging Solomon Mahlangu on the same day that Jan Van Riebeeck arrived in South Africa remains intact in the patterns of land ownership that favour white people over blacks. On this day, therefore, the EFF calls on land expropriation without compensation for equal redistribution as the policy for land reform.

Being an member of Umkonto we Sizwe Solomon Mahlangu also fought for a democratic South Africa in which “all are equal before the law” as stated in the Freedom Charter. It is clear that Jacob Zuma and the ANC have violated this proposition by undermining the constitutional court and protecting Zuma after he violated the constitution. The ANC of Solomon Mahlangu no longer exists, only a criminal mob of men and women who do everything to advance the private interests of Jacob Zuma at the expense of the interests of the people and the constitution.

The EFF, in memory of Solomon Mahalngu will ensure that this ANC falls and that our the rule of law is restored. We are the only political party that still represents what Solomong Mahangu died for, which is the total liberation of our people and for the true realisation of the Freedom Charter. We vow that we shall never rest until all our people realise economic freedom. We take inspiration from the generation of Solomon Manhlangu in defining our own mission, economic freedom in our lifetime. We shall make sure to fulfil it to the best of our revolutionary ability, using whatever revolutionary means possible. 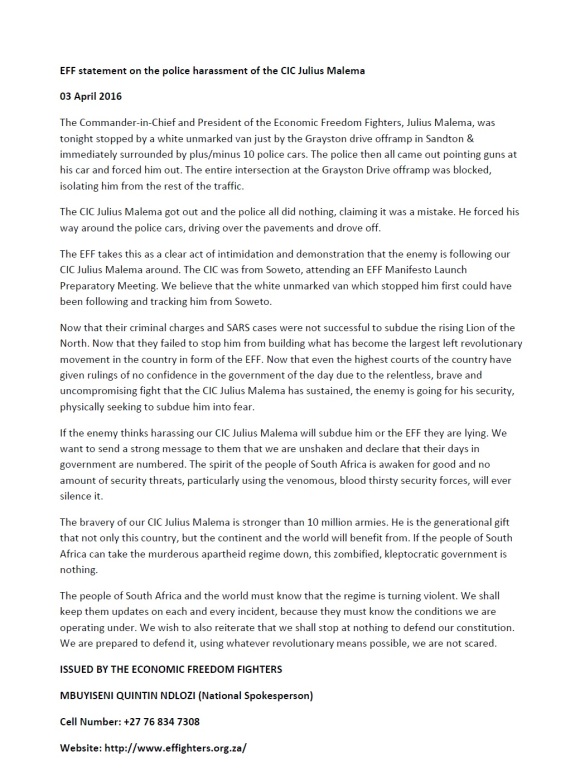 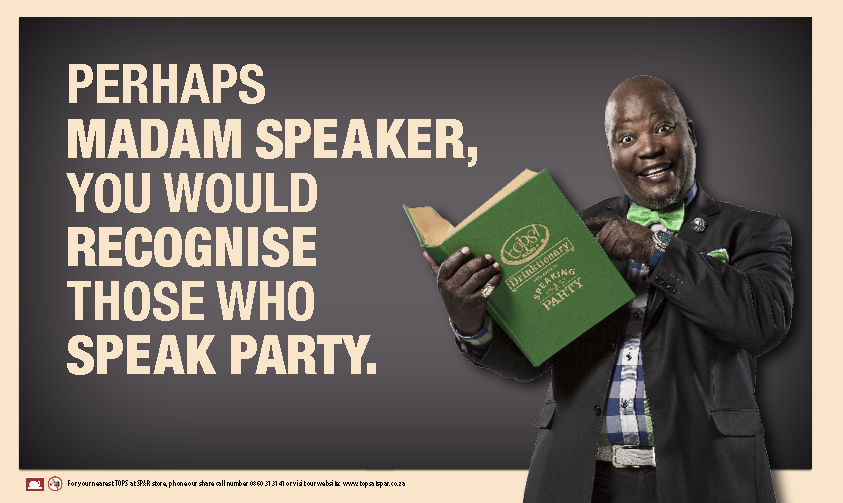