IGAD, EU and Austrian Development Agency sign agreement on Peace and Security in Horn of Africa (23.03.2018) 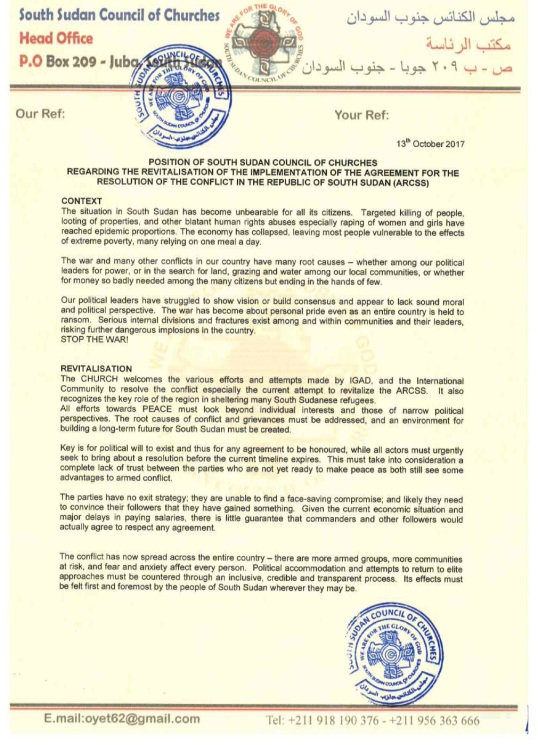 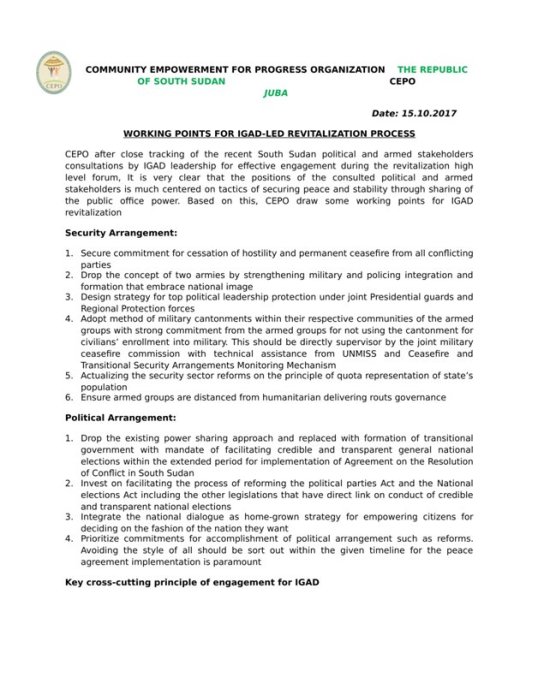 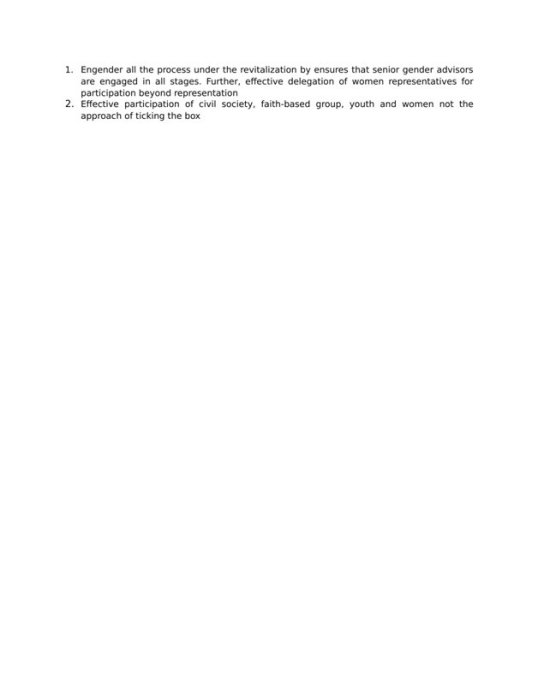 Opinion: Ambassador Mahboub Maalim in an interview states the IGAD failure in South Sudan and why!

The Intergovernmental Authority on Development (IGAD) have been in-charge and had a pivotal role in the peacemaking in South Sudan. Not that it has stopped the civil-war that has escalated since June 2016. The Sudanese People’s Liberation Movement/Army (SPLM/A) and Sudanese People’s Liberation Movement/Army In-Opposition (SPLM/A-IO), also between more rebel fractions inside the Republic, as the Ugandans are trying to enforce unite inside the SPLM. This as there are different states that the rebels and opposition have been strong, while the United Nations Mission in South Sudan (UNMISS) has not had the leadership to secure the Protection of Civilians sites in the Republic. Therefore, the interview of Mahboub Maalim of IGAD in New Vision was exposing something dire. Take a look!

“First of all, I am an employee of President Kiir, among other presidents. So, to ask me what I can tell him, is like asking your house helper to tell you to change something in your house. But this is on a light note. President Kiir has been told a lot by his compatriots, heads of state from the region and African Union (AU), and those in the international community circles. People know that the South Sudanese do not have to continue dying after having achieved what they fought for. The situation in South Sudan is very unfortunate, and like you have said, IGAD has done a lot to try to stay on top of it. Recently, the heads of state of IGAD appointed a special IGAD envoy for South Sudan. Hopefully, we will see a lot of changes in the run-up to the operationalisation of the peace agreement in South Sudan” (…) “If the people in South Sudan are saying that we have failed them, I would not get surprised. If I was in their shoes, I would say the same. If I was like them, sitting in a sewage-logged UN camp in my own country, I would feel the same. But just to encourage them, IGAD has tried very much to ameliorate the problems in South Sudan since the problems started in 2013. In 2014, IGAD heads of state had a special meeting to just discuss South Sudan. It has never happened in our history that over 14 heads of state convene to discuss one subject. South Sudan is at the heart of everybody. Of course, whether this will be solved today or tomorrow depends on the goodwill of the South Sudanese themselves” (Lumu, 2017).

That the Ambassador said one vital thing, that he could not push the member states around. Since he could not tell what was wrong in someones else house, like to President Salva Kiir Mayardiit and his South Sudan. The Ambassador also wasn’t shocked if the they felt the IGAD had failed. They have really failed since ARCISS (Agreement for a Resolution of the Conflict in South Sudan, Agreement on the Resolution of the Conflict in the Republic of South Sudan, 2015). Doesn’t seem to be revived or anywhere near being fulfilled.

President Kiir and Dr. Riek Machar of SPLM/A-IO are really battling for supremacy. Together with all the deflectors and deserters from both major armies that are making the situation more problematic. Since the IGAD has not made the peace-agreement work, nor had the capacity to make a successful negotiations between all parties. The South Sudanese should feel betrayed, when the Ambassador Mahboub Maalim are saying: “I am an employee of President Kiir, among other presidents. So, to ask me what I can tell him, is like asking your house helper to tell you to change something in your house”.

So it is not like the IGAD wants to rock the boat, as it is an entity respecting its member states and their direct leadership. Peace.

Communique of the 31st Extra-Ordinary Summit of IGAD Assembly of Heads of State and Government on South Sudan (12.06.2017) 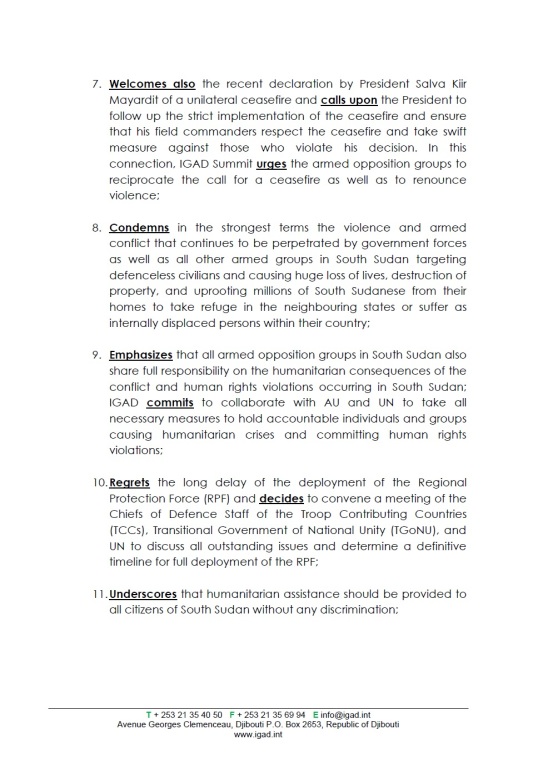 June 10, 2017 (KAMPALA)-The International Youth for Africa has strongly condemned the killing of civilians along the Juba-Nimule road, and urges the South Sudanese rebels and pro-government to desist from civilians attack. Ter Manyang Gatwech, an executive director of (IYA), for the South Sudanese base human right organization in Kampala has blamed the rebels for killing four civilians in the ambush of Friday.

However, the rights body has called on the Sudan People Liberation Movement –In Opposition to stop attacking civilian convoy escort.

“IYA condemned in strongest term possible. Those who claimed the responsibility need to be taken to the court. Both SPLM-IG and SPLM-IO committed a lot of human rights abuse this including arbitrary detention, torture, killing, forced and disappears,” he said.

IYA is urging both the government of South Sudan and the rebels allied to former first vice president Riek Machar to sit down and iron out their differences, through peaceful and recommitted to the 2015 August peace agreement.

“A political agreement should be the first to stop the war then follow by the National Dialogue in the context of reconciliation, forgiveness and accountability.

The venue, should be two phases a constitutional round table to include political parties and main stakeholders, Opposition, Church, youth, women, and community leaders both interior and exterior,” he said.

However, he urged the regional leaders and the international community to pressure both sides to accept peace if it’s forceful mean. 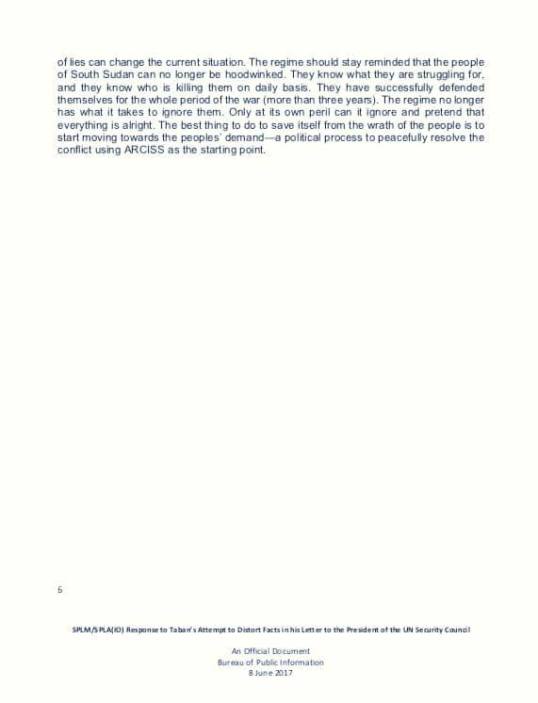 South Sudan: Kiir not attending IGAD Extraordinary Summit on 12th, because of advice from close associates!

“President Kiir’s spokesman, Ateny Wek Ateny, said Kiir will not attend the IGAD summit. “He [President Kiir] will not attend the IGAD summit. The president has already sent a letter of apology through the minister in his office,” said Ateny when contacted by Radio Tamazuj” (…) “There are no reasons, but the president is attending to other things here in South Sudan. The team that will represent the president has not yet been formed,” he added” (Radio Tamazuj, 2017).

While several sources on the ground is saying that the negotiator and the one foreign leader legitimizing the National Dialogue of the Transitional Government of National Unity (TGoNU) or the Sudanese People’s Liberation Movement/Army – In Government (SPLM/A-IG). That are advised by the Uganda counterpart Yoweri Kaguta Museveni, which has even different parts of SPLM to discuss and find a common-ground for peace. That he would advice President Salva Kiir Mayardit wouldn’t surprise as Museveni has helped out in the past.

The other one giving advice on skipping the IGAD summit is the First Vice-President Gen. Taban Deng Gai, who has also said he shouldn’t attend. This means that the core problems of South Sudan would be discussed without any key leadership of the conflict at the 12th June 2017 in Addis Ababa. This would mean their decisions in Ethiopia would be outsiders looking in. As the SPLM-IO or other rebels wouldn’t be part of it, neither would the SPLM/A-IG. That means the two warlords and counterparts in the conflict would not be parts of it.

While most likely one of the one giving advice and being there to direct the talks are President Museveni, who will come with all sorts amendments and insights to secure that Kiir stays in power. That is the most likely opportunity, as the SPLM/A-IG will be in conflict with the rest of the IGAD over the grand-issues, as they will feel the fire and feel instructed to act by foreign powers.

Therefore the words of prof. Peter Adwok Nyaba wrote a piece called: “What do we expect of the IGAD Summit”, which he wrote on the 5th June 2017: “What then is new in the situation of South Sudan necessitating IGAD summit? Recently, Dr. Riek Machar has a rare opportunity to address, in a video teleconference, the members of the UN Security Council. This drew the wrath of the government of South Sudan in the person of Taban Deng Gai, the de factor Kiir’s first vice president. This UN Security Council’s gesture is welcome. However, it alone could not have triggered the regional reaction in form of a summit. The regime’s arrogant stubbornness and lack of concern for the deteriorating social, economic and political crisis seem to be paying off. The Archbishop Tutu Fellows of the African Leadership Institute on 25 May 2017 wrote to the IGAD Plus leaders urging them to act. A visiting US Senator threatened to stop US aid to South Sudan until the government stopped the war. These political developments could have freaked the regional leaders’ conscience to prompt a summit” (…) “A dilemma confronts the IGAD Summit. Whether to order a new political process to resolve the conflict or resuscitate ARCISS. Both options require the presence and participation of Dr. Riek Machar, the SPLM/A (IO). This puts the regional leaders in an awkward situation with President Salva Kiir and President Yuweri Museveni, who swore to prevent Dr. Riek Machar becoming leader of the Republic of South Sudan. In order to save face and avoid commitment to another political process or the resuscitation of ARCISS, President Salva Kiir might delegate Taban Deng Gai, who definitely and for obvious reasons will put up a strong resistance to both options. Taban Deng is determined to keep Dr. Riek Machar away from the region. In this President Museveni ensures him the absolute support. This will bring the summit to a dead end” (Prof. Peter Adwok Nyaba, 05.06.2017).

So if President Museveni and FVP Deng Gai advised President Kiir to not attend, because the dilemma of not only FVP Deng Gai role, but also the weakness of keeping Dr. Riek Machar away from South Sudan. With this the stalemate will continue as the SPLM/A-IG are continuing their skirmishes and the battles that continue to destroy the core republic, like agriculture and living conditions, as the refugees are fleeing to Sudan, Ethiopia, Democratic Republic of Congo and in Uganda.

More will come, but certainly Museveni is really interfering in the crisis in the Republic in a big-way, when he wants his friend to have his power and his mates around. Peace.