In our day and time there is a level of impunity and levels of carelessness that to an extent that revolutions and demonstrations are the only way out the deadlock that our leaders lead into it. The power-hungry and overstaying leaders who have no sense of fellow brethren and their woes as their cash-flow, castles, cars and estates grows piles upon piles up-to moon.

With that in mind you have these so-called elections that is more selected through in-party and electoral commission made-up for the ruling party and their President than for the people and the citizens to pick their leadership in the confidence of the polls. Even if the Election Day is there and the ballot-paper exists, there is still; the counting of the ballot and the rigging the result that matters. Especially when the higher courts and hollow chambers that are hand-picked men and woman that the President already trusts to deliver his verdict.

If a brother stole a can of fuel or took something at the supermarket and got caught. The World would proclaim and through fines and detaining be officially a crook or thief. Thieving on the higher level embezzling from banks and taking accounts of ordinary savers is called more economic mismanagement. The bank will get a fine and the CEO will be suspended, but the bankers will most likely get away since they are walking in the same clicks as the mayors, governors and Members of Parliament.

The Same mind is if you are a President or MPs and take the elections. If you are lucky then the international observers because of their affiliation with donor-countries or friendly powers of the regime; then the Observer Mission can be claiming fraudulent elections for free and fair with some malpractices and let it go. So politicians are not in the same league as the rest of us. If they are the right ones and ruling in the right area and have the right support from the international community. Then they can take a country, have an election and say they we’re elected free and fair. 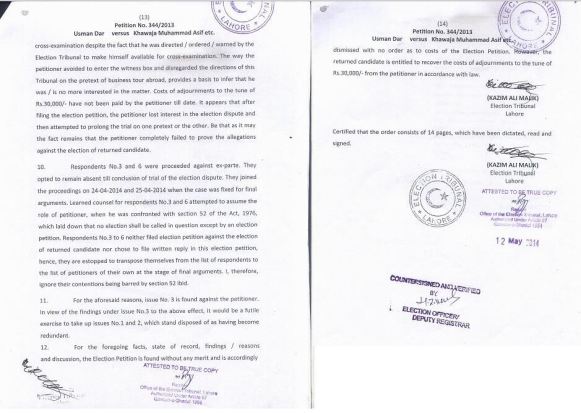 Even if they create a sudden stability it will still be tension in the countries and certainly not a healthy peace. As the countries election is a sham and a fraud. The People know that and the citizens are not behind the Parliament and the President. Therefore the President knows this and hides behind the army and the Police. Those two are the keys to his long-staying in Power. Since they don’t need as big support as the public and their reforms for development; since the reforms and public transparency is not needed the President will not deliver that. So the central-leadership is more about delivering new equipment and salaries to the Police and the Army instead of citizens.

The Citizens are the ones that are stolen from and their voices are not being herd. The Police State and Militarized politics that are eating society and taking away the freedom and liberty that are expected to have legitimate power. Certainly the price of the stealing a Nation through the sham election should have created more fuzz and more sanctions. There should be an international reactions and not resume as everything is normal after a stolen election.

That Multi-National Organization and Bi-lateral unions between countries should make it harder for world leaders and Presidents to get away with the massive theft of taking a country. The certainty of if the leader can take an election, then the same leader can also take National Treasury and other funds as their own; make the national funds and budgets as private funds and embezzle national budgets to build own fortune instead of delivering citizens needed services of health care, infrastructure and schools.

The thieving of a nation should be questioned and should have certain reactions. Not walk like and react like you’re won the election and is a proud winner. Receiving congratulation letters and making plans for the swearing-in ceremony; also using a government funds on party celebrations while the decay of the institutions that the government is providing is falling apart. That is just wrong. That a man or woman who is illegitimate and uses the power would be more respect and not need the security organization to temper with the civil society or the opposition parties.

If the winner of the election was legitimate then the opposition would still create and question the ruling-party. Still the questions does not end with army taking over certain parts of the county, detaining leaders of the opposition or having most parts of the election decided in courts as the Members of Parliament squabble after a rigged election. The MPs shouldn’t need to settle the matter in courts as much as the Executive shouldn’t need to be questioned. The People should have given it and accepted it in accord with the ballots and the tally from the National Talley Centre. But when the Executive needs the Court and the MPs need it too; then you know something is up.

So why is it without reason, not really questioned or not really any sanctions against the men and woman who steals elections and rig them for their own benefit? While a man stealing a beer at the local supermarket get fined? There is a double standard as it is with bankers who through rigid laws and rigid malpractices of economic framework can get away with mismanage fortunes; while the man who empty the cash-register at the store on the corner get detained for up-to a year depending on the local laws. I am just questioning the reasoning for the well-meaning and fun-loving society we live in where the impunity and the world leaders are in cahoots to take power; while we the ordinary people see the arrangement and should question the demeanor and the reason behind why the national leaders and President with all their power. Can take the Power and get away with it, while we the other ones cannot do the same. That is not justice or rule of law. That is injustice and impunity. Then you shouldn’t ignore the call for defiance or resistance or demonstrations as the people should react to the open-door theft of their state, their government and their public will. Peace.