Archive for the tag “PM Theresa May” 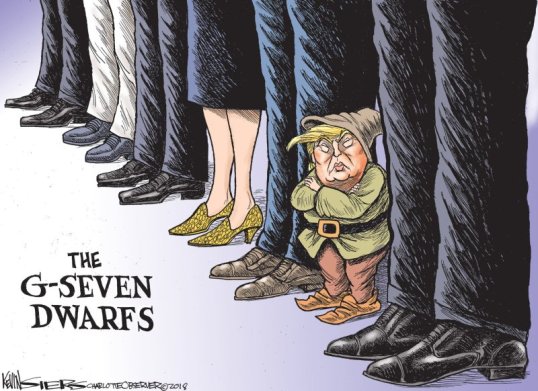 What have we learned this week? That President Donald J. Trump is douche, a spoiled brat in a toy-store and not understand the G7 Summit. He the one that does stuff and makes things off on the spot. He might be able to trick foolish inbreed rural Americans, but the whole wide world; he cannot trick like that. Especially not career leaders like the ones participating in the G7 Summit in Canada.

The other nations was prepared to write a statement without Trump. The other world leaders at the summit are Angela Merkel, Justin Trudeau, Emmanuel Macron, Donald Tusk, Jean-Claude Junker, Theresa May, Shinzo Abe and Giuseppe Conte. This is leaders from Germany, Canada, France, European Union, United Kingdom, Japan and Italy.

That means that Trump has insulted the world and he doesn’t care about his allies. Trump has shown it. All in his tweets and his actions. That he didn’t have the ability to sign a communique that rest was favorable of signing. Trump wanted to isolate himself, he acted like a douche, came late to meetings, came late to the G-7 and also left early. Nothing with this man shows respect of the allies. He also came with demands to other before arriving. To add another member, without any clear reason, like it was a bidding he had to do. Because he had promised his friend Vlad before the Summit.

“We acknowledge that free, fair and mutually beneficial trade and investment, while creating reciprocal benefits, are key engines for growth and job creation. We recommit to the conclusions on trade of the Hamburg G20 Summit, in particular, we underline the crucial role of a rules-based international trading system and continue to fight protectionism. We note the importance of bilateral, regional and plurilateral agreements being open, transparent, inclusive and WTO-consistent, and commit to working to ensure they complement the multilateral trade agreements. We commit to modernize the WTO to make it more fair as soon as possible. We strive to reduce tariff barriers, non-tariff barriers and subsidies” (Charlevoix G7 Summit Communique, 09.06.2018).

This part of the Communique is in direct challenge to the sudden move of Trump to impose trade-sanctions on these nations that he meet days after. That is really a bold move to impose tariffs on aluminum and steel. Certainly, the nations who got this will impose tariffs on the US produced products to counter measure. Clearly, the trade-war is created in the mind of Trump. So this will affect ordinary civilians world over and not the wealthy. They usually get away with this. Maybe, that is one of the foolish reasons for Trump passing his chance of being loyal to his allies. That he couldn’t be friendly or even be reasonable.

That is why he is isolationist and a dumb-ass, the losers isn’t the world, but United States. The US Government are really trading their favorable position and making their situation worse. The lack of tact and diplomatic spat with allies. Trump is really an insensitive lying ass-hat who should know how to carry himself. Instead he lies about Trudeau after the Summit. He is putting himself in the spotlight and acting like a TV-Star. Not as a representative of the US. That is why he is losing for himself and for his Republic.

It is weird, but instead of showing strength or greatness, he is showing weakness and lack of finesse. This was a G6 Summit with an added dumbass!

Jeremy Corbyn letter to PM May on ‘hold a full independent public inquiry into the fire at Grenfell Tower” (16.06.2017) 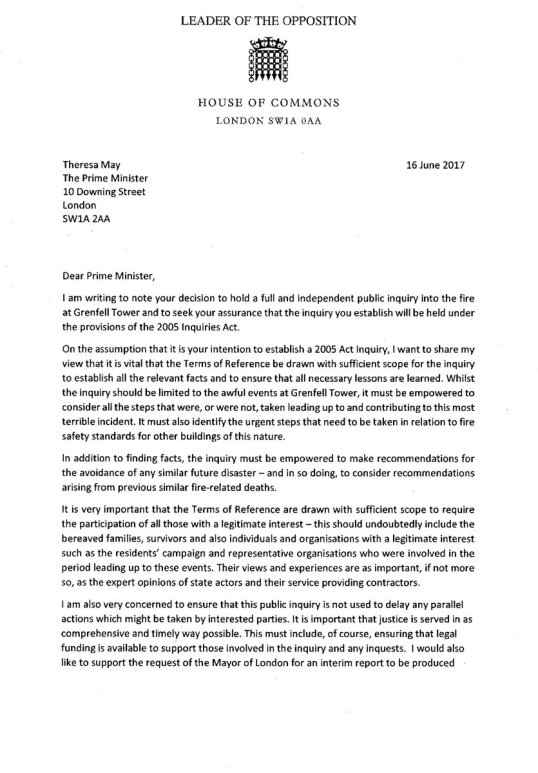 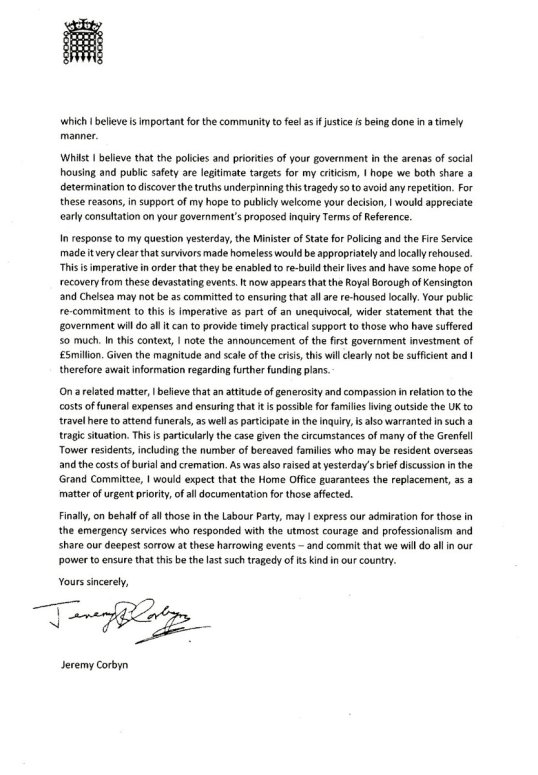 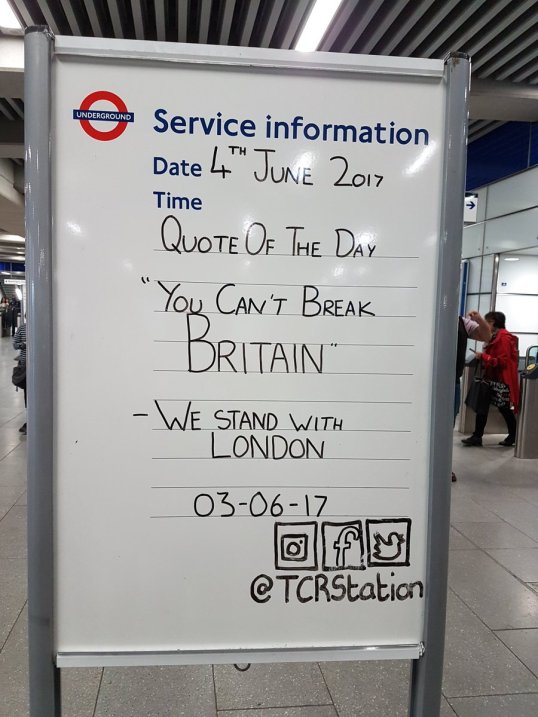 “Terrorism and deception are weapons not of the strong, but of the weak.” – Mahatma Gandhi

President Donald Trump should be told he is totally wrong and doesn’t have the intelligence to understand or comprehend the ramifications of his acts. As the Lord Mayor Sadiq Khan was responsible and making sure with the proper authorities that the terror-attacks in London Bridge and at the Borough Market. It is insane that he slammed the mayor for his statement and his response to the attacks in his own city. It shows that the President of United States are underestimating his acts and his own judgment of the situation. Surely, he is busy watching Fox News or Infowars to get the daily American propaganda. While the authorities in the land of the terror are working heavily on the investigations into the terrorist and their associates. Therefore, read first the mayors statement, before you the Metropolitan Police statement, before the tweet of President Trump, which shows what state of affairs it is at the White House for the moment!

Lord Mayor of Sadiq Khan statement on the terror attacks in London Bridge and Borough Market:

“There are no words to describe the grief and anger that our city is feeling this morning. Tragically, seven people have been killed in this sickening attack, and more than 40 injured, some of them critically. I am appalled and furious that these twisted and cowardly terrorists deliberately targeted innocent Londoners and visitors to our city who were just enjoying their Saturday night. I condemn these terrorists in the strongest possible terms. They are barbaric cowards and there is absolutely no justification for their evil and unforgivable actions. My thoughts are with the family and friends of the victims and everyone caught up in this horrific attack. I’d like to thank our emergency services who bravely tackled the terrorists and helped the injured. I’ve been in close contact with the Met Police Commissioner and senior officers throughout the night and will be attending the government’s COBRA security meeting. I’d urge all Londoners to remain calm and vigilant today and over the days ahead. We are all shocked and angry today but this is our city – we will never let these cowards win and we will never be cowed by terrorism.” (Mayor Sadiq Khan, 04.06.2017).

Statement by Assistance Commissioner Mark Rowley on the attacks in London Bridge and Borough Market:

“You will understand that our knowledge of the incident is still growing but what we understand at the present time is: At 22:08hrs yesterday evening we began to receive reports that a vehicle had struck pedestrians on London Bridge. The vehicle continued to drive from London Bridge to Borough Market. The suspects then left the vehicle and a number of people were stabbed, including an on-duty British Transport Police officer who was responding to the incident at London Bridge. He received serious but not life-threatening injuries. His family has been informed. Armed officers responded very quickly and bravely, confronting three male suspects who were shot and killed in Borough Market. The suspects had been confronted and shot by the police within eight minutes of the first call. The suspects were wearing what looked like explosive vests but these were later established to be hoaxes” (…) “The ongoing operation is led by the Met, working closely with British Transport Police, City of London Police, the London Ambulance Service and the London Fire Brigade. At this stage, we believe that six people have died in addition to the three attackers shot dead by police. And at least 20 casualties have been taken to six hospitals across London. I’d like to repeat our request for the public to avoid the following areas: London Bridge and Borough Market. This is to allow emergency services to deal with this incident” (Metropolitan Police Assistance Commissioner Mark Rowley, 04.06.2017).

President Trump statement on the attacks:

So President Trump has an issue with authorities that are capable to react within 8 minutes of the incident at London Bridge. That is a disgrace of a man who leads the Republic of United States. That he cannot see the greatness of reactions to the Metropolitan Police and the other Security Organizations that the United Kingdom posses. That each single victim is one to many and the innocent who lost both their lives and the ones got hurt by the terrorist is just worth condemning the men who did this. That someone are going in and attacking innocent civilians having a fun-time out during the weekend in London.

With this in mind that Mayor Khan says: “I am appalled and furious that these twisted and cowardly terrorists deliberately targeted innocent Londoners and visitors to our city who were just enjoying their Saturday night. I condemn these terrorists in the strongest possible terms. They are barbaric cowards and there is absolutely no justification for their evil and unforgivable actions. My thoughts are with the family and friends of the victims and everyone caught up in this horrific attack”. That is a reasonable way to react to the terrorist attack, as he address it as it is, while saying there is “no justification”. Therefore, with just this quote he shows decency in the midst of the aftermath of the attack. While President Trump uses the same violent attack on innocent civilians saying “no reason to be alarmed”. Well, Mr. President, the authorities used 8 minutes to stop it!

I know someone should educate President Trump, but that train is long far gone. Since he has no-heart and no common sense. We should pray for London and continue to live like before. Not let the terrorist stop our daily lives. Than we are letting them win and spread there fear. Like the fear that President Trump wants to earn points on. But on this one, he should get some education as he is wrong and he should spread the message of hope and give props to the authorities who acted swift and continues to investigate the attacks and their associates. So the Police and other authorities can continue their good work. Peace. 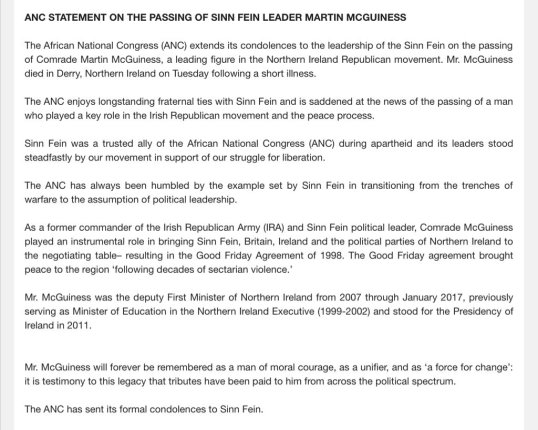 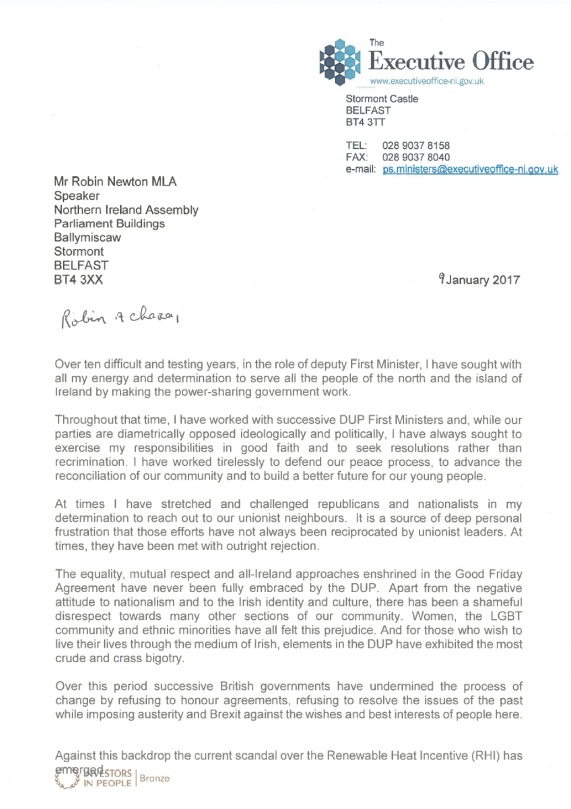 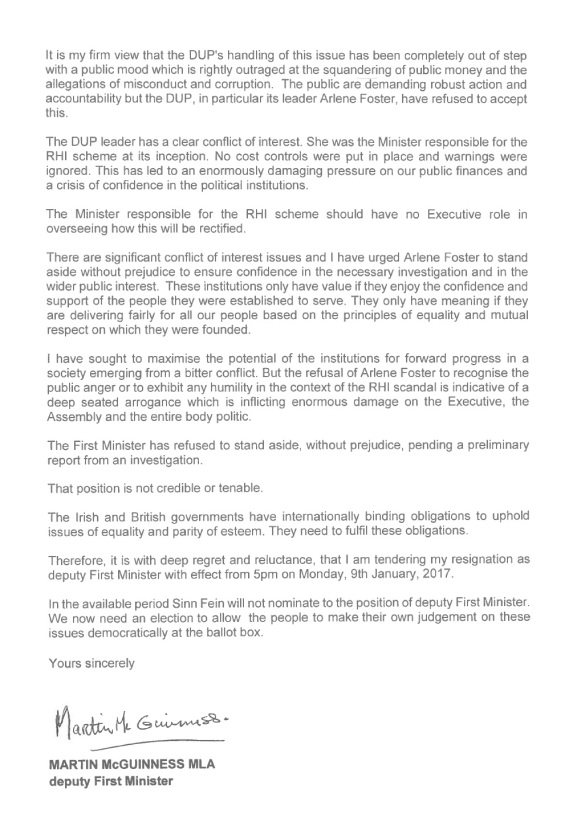 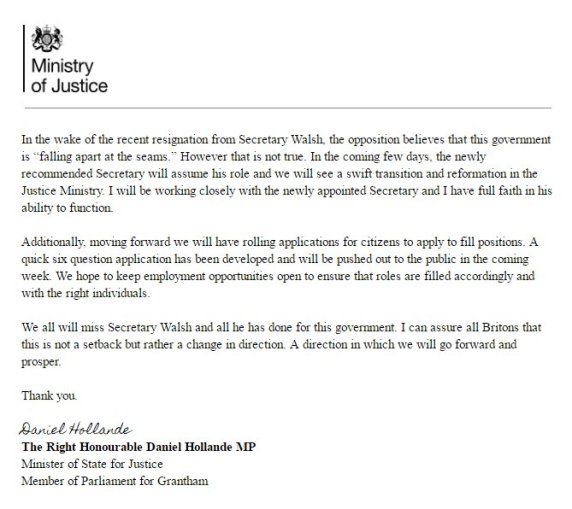