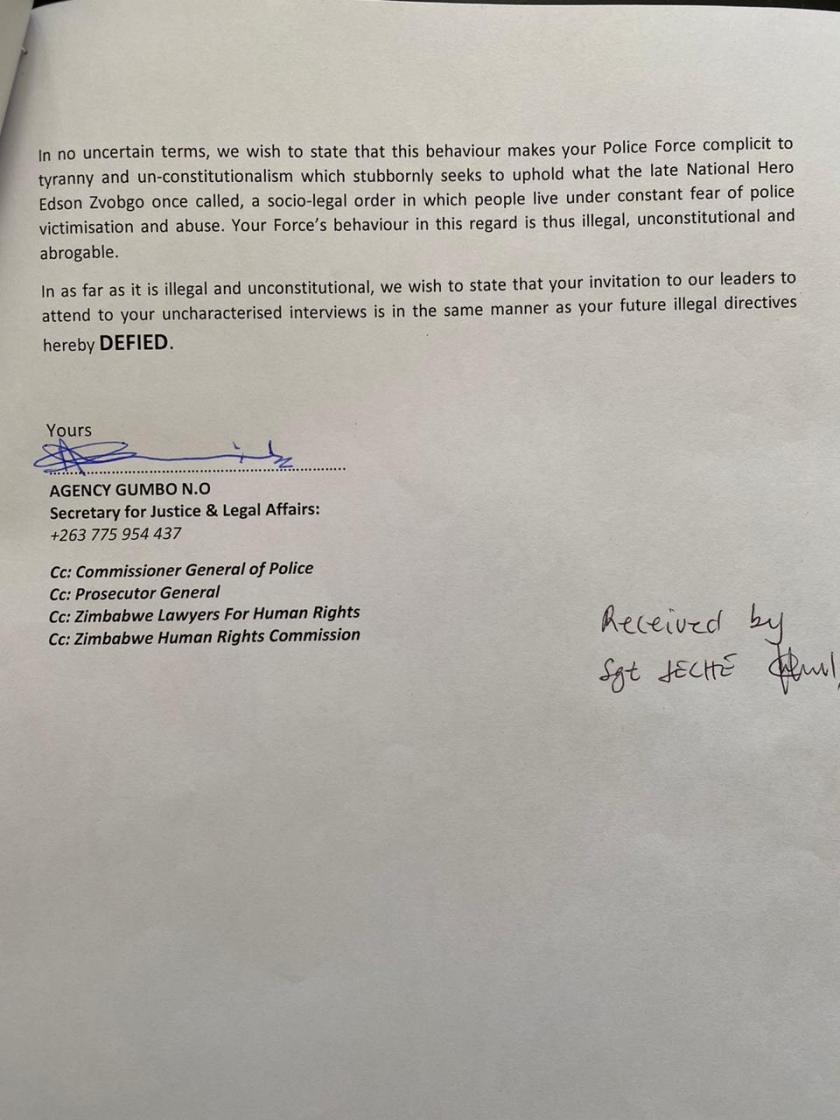 When the Zimbabwe Republican Police (ZRP) have today “sought” for “interviews” for 14 activists, some who happens to be Movement for Democratic Change – Alliance (MDC-Alliance). These are people who get into legal jeopardy now and then. They are known people and its not new. ZANU-PF calls them anarchists, but that says more ZANU-PF than about the activists themselves. Because, they are only supporting the constitutional rights to demonstrate. Something that is always fine when ZANU-PF does a demo or goes to the street for a cause, which fits them.

The Police is now asking for them and for “interviews” like they are applicants for jobs. They are searching for a new career in the Police Force. What these 14 activists should expect is interrogations and get detained. Surely to be charged for “inciting violence” too.

All of them are most likely working in their respective areas to drum up support for the 31st July demonstrations. The same ones that gotten others arrested already and awaiting trail. While they are a awaiting freedom.

The 14 in question will be deemed the same fate. Especially, if they ever shows up to any Police Station. We know these people are in serious problem.

The interviews is the bait and soon the switch is the arrest. They will suddenly pass through a door and not return home. These men are now outlaws, by their actions of supporting demonstrations, which is hurting the pride of the regime. That is why everyone associated with it and who is high ranking are in jeopardy.

They are trying to take one by one out. These is just de-escalating matters. Proving that the free speech in Zimbabwe is only for ZANU-PF people and the others are fair game. Peace.