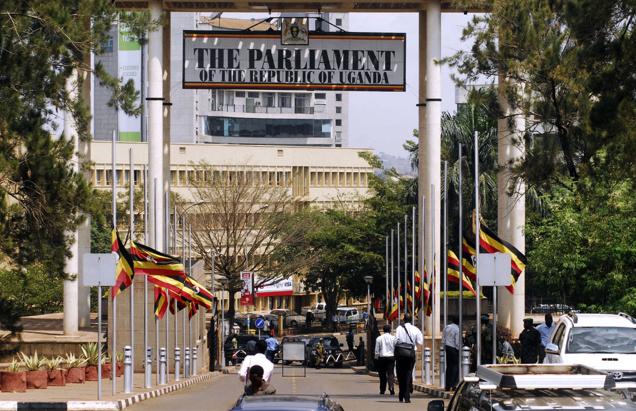 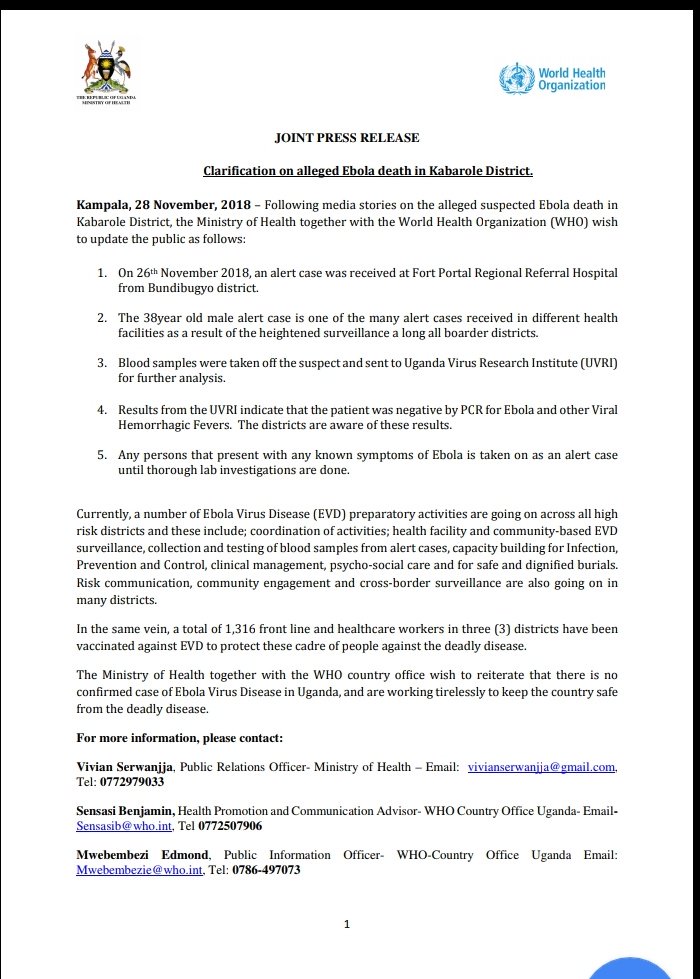 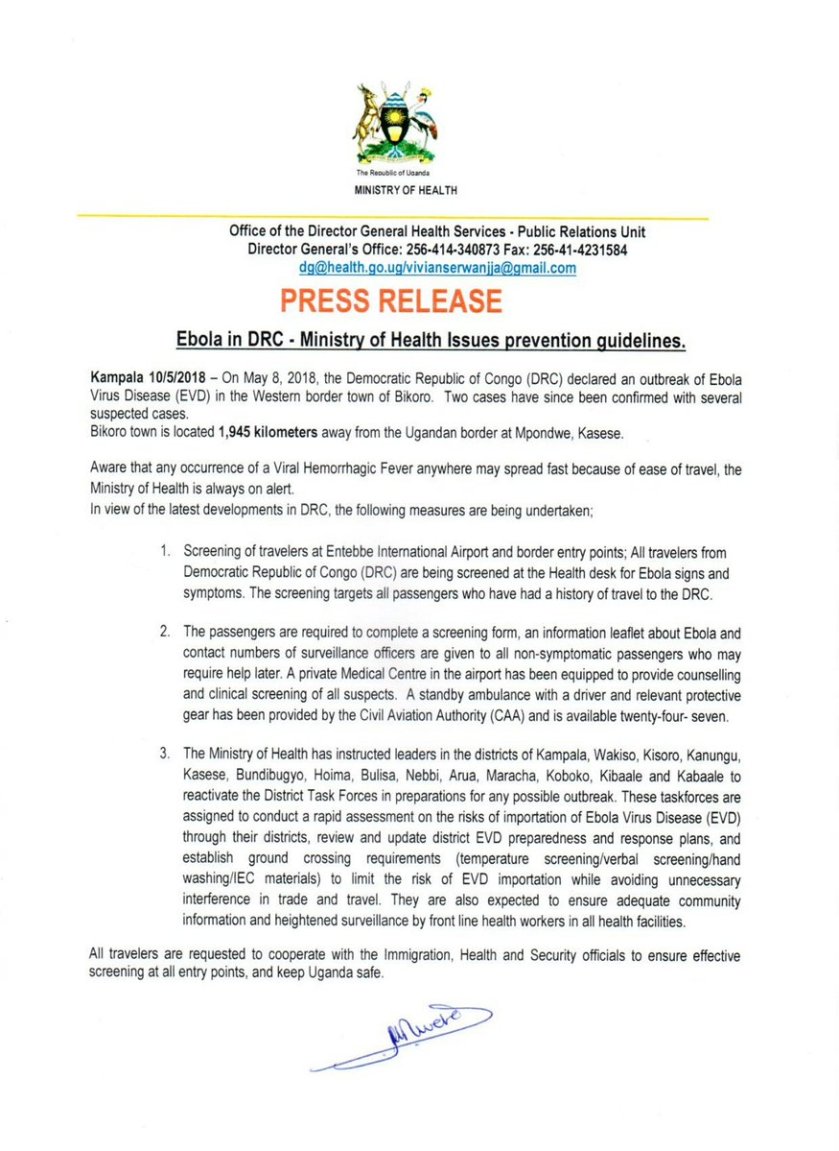 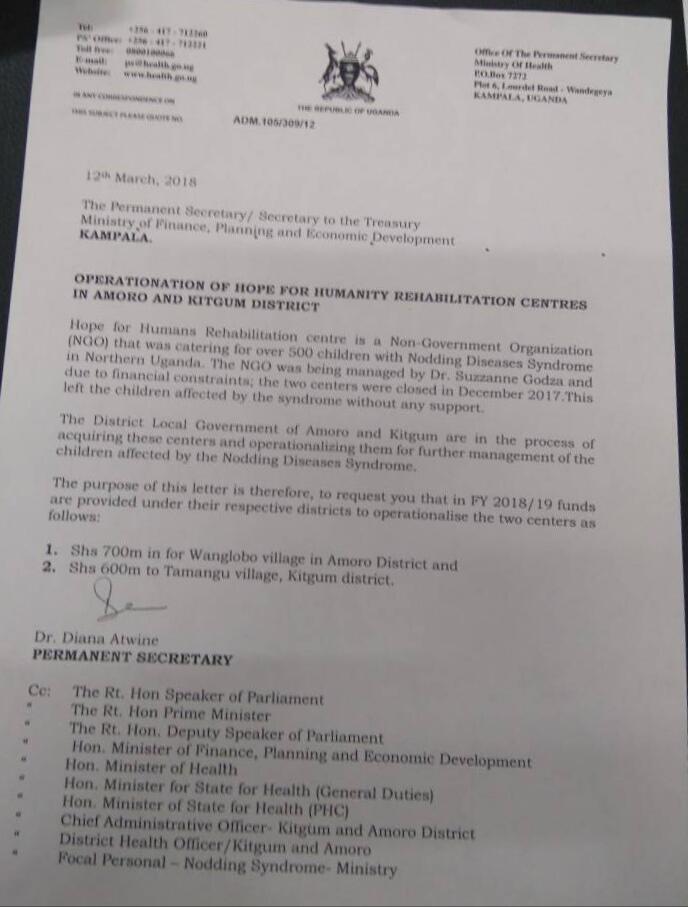 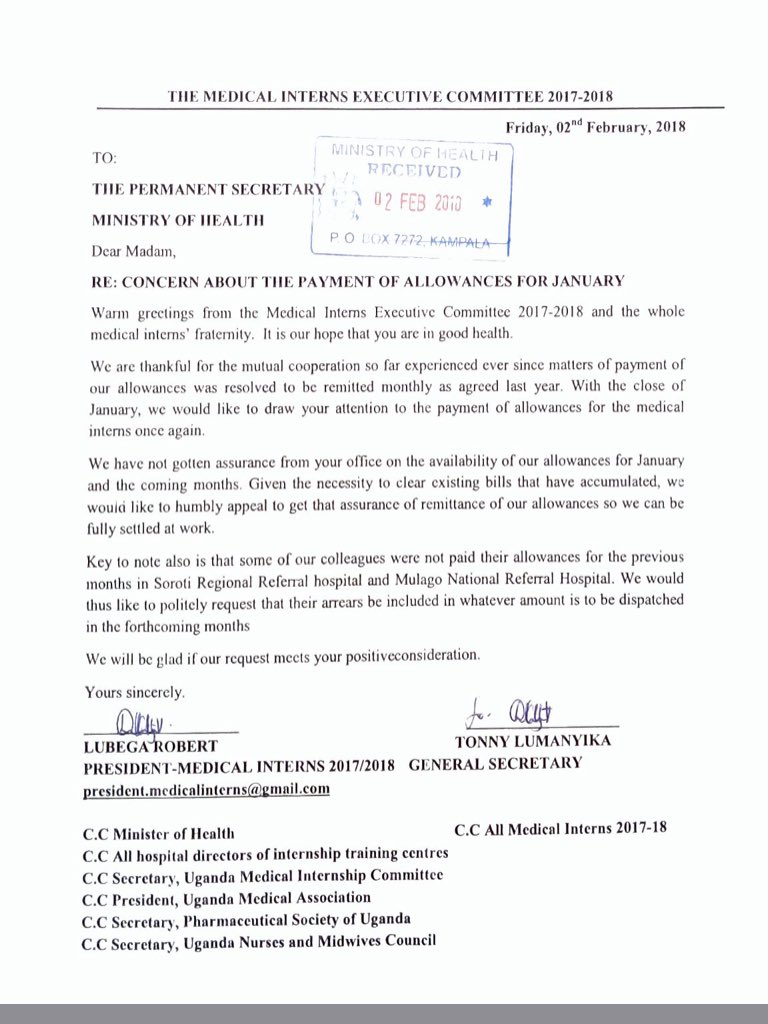 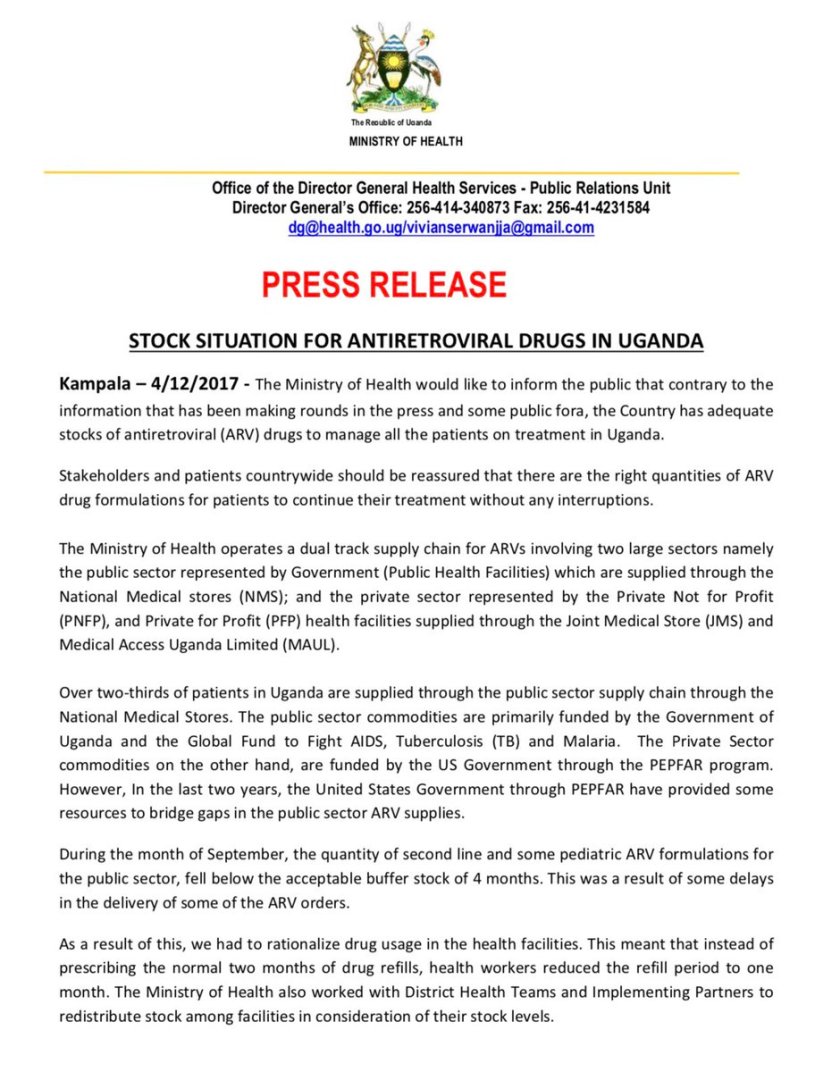 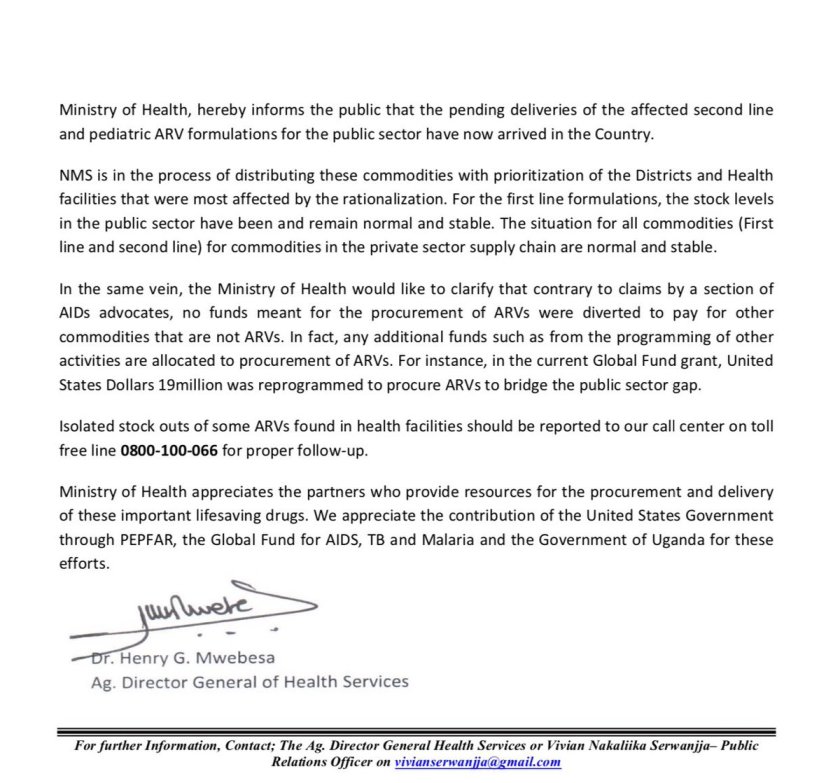 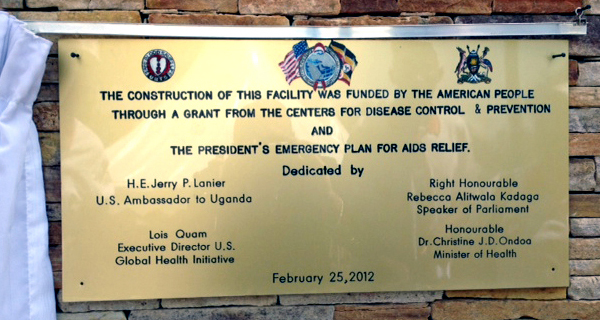 KAMPALA–The U.S. Government, through the Centers for Disease Control and Prevention (CDC), transferred the recently completed construction of the National Health Laboratory in Kampala to the Ministry of Health on Friday, January 15.  U.S. Mission Uganda’s Chargé d’Affaires Trish Mahoney and Minister of State Chris Baryomunsi presided at the handover ceremony.

The National Health Laboratory project began in 2012 when the Ministry of Health requested the assistance of the U.S. Centers for Disease Control and Prevention (CDC) to support the construction of a laboratory to address critical gaps in Uganda’s health service delivery system.  Funding for the National Health Laboratory construction came from CDC and the U.S. President’s Emergency Plan for AIDS Relief, or PEPFAR.  Construction began in 2013, and the more than $8 million facility is now completed and has been transferred to the Ministry of Health.

The National Health Laboratory will strengthen all of Uganda’s health systems by providing a valuable resource for the detection, control and ongoing surveillance of the diseases which impact the health and productivity of Ugandans.  While the priority of this new facility will be HIV diagnosis, prevention of mother to child transmission of HIV and viral load monitoring capacity, many other disease areas and health needs will benefit from this lab.  The Ministry’s sickle cell and Hepatitis B virus screening and the WHO-supported meningitis, cholera and typhoid screening program will make use of this facility.   The National Health Laboratory could also be used for confirmation of bacterial disease outbreaks and for malaria diagnostics.

At the handover ceremony, Chargé d’Affaires Trish Mahoney noted, “This building represents our partnership with the people of Uganda and our commitment to helping Uganda build its future. We will continue to work with the Government of Uganda and the Ministry of Health in the coming years to strengthen Uganda’s health infrastructure and ensure it becomes strong, efficient and self-sustaining.”