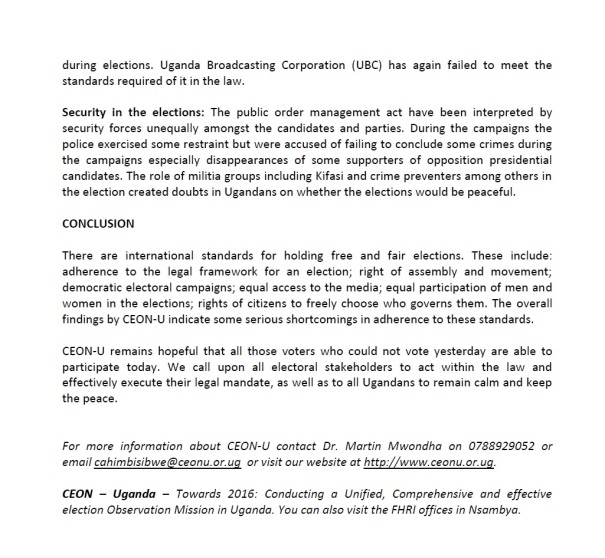 A “Capital Gang” panelist and MP Ibrahim Ssemujju Nganda said of the opinion poll: “I know even Ofwono Opwono [the deputy government spokesman] does not believe” that if we held an election today, President Yoweri Museveni would defeat opposition presidential candidate Dr. Kiiza Besigye in Kampala.

“Someone in the lead doesn’t behave the way the Ofwono Opondo’s group [the NRM campaign team of Museveni] is behaving, the kind of panic that you see. They’ve had meetings in my constituency, quarrelling, beating each other where money has not reached…There is one [candidate, Museveni] who will continue quarrelling, closing hospitals, abusing the media like you saw him in Soroti declaring [the Daily] Monitor and NTV enemy media, one candidate who is consistently quarrelling not only with his team but everybody. Unfortunately, the opinion polls say that candidate is leading.”