This is another batch of the leaks happening from WikiLeaks from the PodestaFiles. There been days upon days with new leaks that has happen all through October. Been hard to follow it all and the intelligence you can gather from it in the end, would be how a political machine and election procedures are happening for career politicians like Hillary Clinton. There been some scalps and misgivings in the leak.

Today is a brief spell into the Clinton Foundation first, secondly will be little about the surrogates of Clinton, third on Policy, fourth is on E-Mail Scandal and last Media. These are well-known territory, but I will let the leaks speak for themselves.

“Guys – Given the story yesterday about pay equity at the State Department, I wanted to flag something that came out of our research on pay equity at the Foundation. There are huge discrepancies, and it wouldn’t surprise me if they went here next. See a summary below from Karuna” [Ian Mandel to Tony Carrk and Robert Mook “Subject: Fwd: Equal Pay – Foundation” 24th February 2015].

Use Howard Dean as Surrogate:

“Just watched him on Meet. At this time with Warren and Biden floating around he is the single best voice to speak about HRC as a surrogate. He is measured, thoughtful, talks substance not process, has run himself, the press likes him and he leans left. He was terrific this morning. I strongly suggest you get him out there more” [Gordon Griffin to John Podesta: “Subject: Howard Dean” on 05.08.2015].

“On April 8, I have gotten hoodwinked into doing Squawk Box on CNBC for 2 hours as a host. I may drag Al along with me. I know I will get tons of questions on the economy, the current fiscal situation, monetary policy, and of course why I’m supporting Hillary. I can’t just say I love her, although I might. What I would like to do is give some personal examples I have as to her effectiveness. But I will also need to comment on her fiscal plans and compare those to Bernie’s and whoever is left in the republican race at that time. Is it possible to get someone to send me some data and research so I can be as persuasive as possible, Thanks so much. Erskine” [Erskine sent to John Podesta on 7th March 2016]. 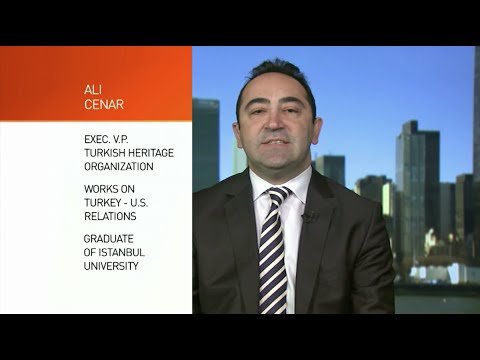 “John, heard this second hand but more than once. Seems Erdogan faction is making substantial investments in U.S. to counter opposition (CHP, Kurds, Gulenists etc.) outreach to policymakers and USG. Am told that the Erdogan crew also tries to make inroads via donations to Democratic candidates, including yours. Two names that you should be aware of are *Mehmet Celebi* and *Ali Cinar*. Happy to elaborate on the phone, provided you are not shopping at the liquor store” [Michael Werz sent to John Podesta “Subject: Flagging Turkish campaign donations” 19th August 2015].

“Very few if any rank and file will be touched by $250K and above. I do think your point about them understanding its repeal is important…so if she says repeal, pauses and says I need some kind of pay for that still relieves this burden on the middle class and therefore folks making over $250K will take the hit…maybe the way to do it? Of course I understand she still has this decision to make” [Nikki Budzinski to Amanda Renteria “Subject: Re: Copy of HRC Memo on Cadillac Tax” on the 25th September 2015].

“Hey Nick, I’m writing a story about the formal request Chairman’s Gowdy office sent to David Kendall today asking that Sec. Clinton hand over her email server to the State Dept IG or another independent third party. I’d like to know whether the secretary plans to do so and if she has any response to the letter. I’m on deadline now” [Chris Frates sent to Nick Merrill “Subject: CNN deadline question” 20th March 2015].

“One quick follow up– no fingerprints. As you said, there wasn’t a hell of a lot you guys could do after the Schmidt story — the emails were already deleted… etc. What action — OTR — did u advise. What were the decision points. Cheers/Thrush. Glenn Thrush” [Glenn Thrush to John Podesta “Subject: sorry to bother” 5th October 2015].

“Well, I know you had a good weekend! We’ve been working with the campaign folks to reschedule my interview with Secretary Clinton. I wanted to write you about some of the metrics that we are getting and let you know through placement on Facebook we can guarantee 1.5 million views in addition to Yahoo engagement which has been close to 1 million for my political interviews. I’d also like to do a separate piece of business through social media along the lines of “10 things you don’t know about Hillary Clinton” that would showcase her personality and has a lot of viral potential. I know there is a lot of demands on her time, but we have been waiting patiently to schedule something and I’m sure we’ve been driving the campaign staff crazy, but the reach and engagement will be significant and I’m very much looking forward to having the opportunity to talk to her. I have been assured the campaign wants this as well. Can you help make this happen? I’d really appreciate your help” (Katie Couric to John Podesta “Subject: Re: Note from Katie Couric” 22nd February 2016). 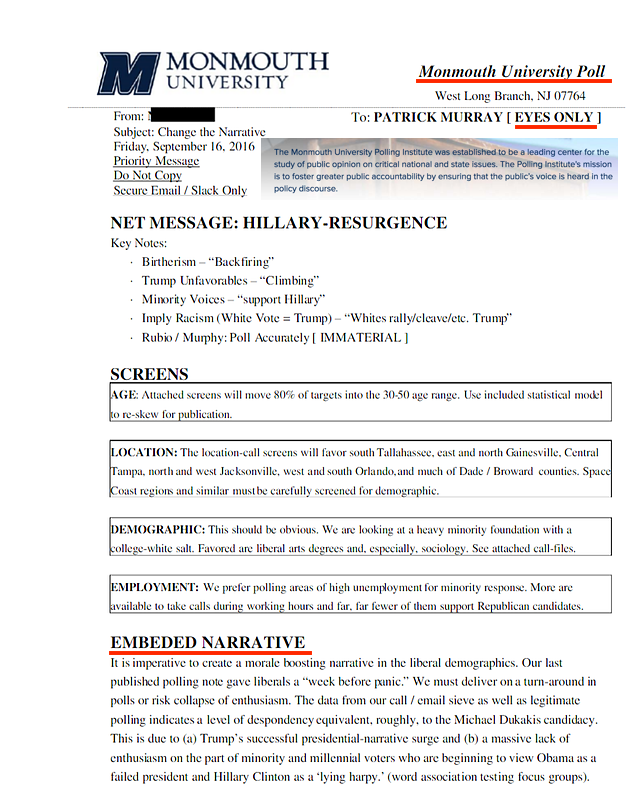 I hope you find these leaks interesting, because they say a lot about the activity and acts of the Clinton Campaign, the relationship they have and how the Democratic Party works. We can see how they together with all Surrogates, Media and others are working. This is important together with internal reports on the payment structure in Clinton Foundation proves the legitimate claims of following old-stereotype payment of men over woman. That deserves to be scrutinized, maybe be another man than me. I am sure that Hannity looks into as we speak (joking). Let’s be clear, this is another day with the same drama, as there aren’t as I’ve seen with today’s leaks many explosives inside the Clinton Campaign team. Still, interesting in the perspective of how they work on the inside. Maybe we will see next time for some more UFO’s and Bernie Sanders bashing Mails again? Peace.

There are now more evident that the Hillary Clinton Campaign has worked close with the media. As proven twice already on my page alone as the WikiLeaks continues to drop internal mails from Campaign Manager John Podesta. Even so the Trump Campaign is ailing so much these days that the Ailing Ailes has left the building. The Hillary Campaign can catch bugs like this and still fly-high. Says more about the completion than about Clinton and her team; this proves the extent of conspiracy and evident maladministration, that has extended to the cause of using any possible way to get good coverage in the media. Part of me say they didn’t need to do this as the Trump Campaign has been flawed and faltered because of Trump’s acts and words. Therefore the leaks of WikiLeaks, proves the problems with Clinton, but that is still small-fry compared to the king-pin of lies and malicious vicious corrupt activity Mr. Trump.

So here take a look at the interesting ones from Today and Yesterday.

“I’m doing MSNBC and Bloomberg tomorrow morning. I’d like to help Hillary out on this financial reform stuff. I’d like to debunk the notion that just because she’s gotten contributions from Wall Street, that she doesn’t care about the issues. Want to be factual about where she’s been and how she’s been supportive. I know the rhetoric but would like to know some specific facts. If not you, can someone get back to me? Sorry to reach out so late” (Eryn Sepp sending mail to John Podesta – ‘Cell Vmails — One Timely from Chris Dodd’ 21.07.2015).

“Q-Tip who is an ambassador member of Harry Belafonte’s Sankofa.org has long been highly committed to issues of social justice. Q-Tip is devoted to amplifying the voices of the disenfranchised in an effort to promote justice, peace and equal rights for all. He is a big supporter of the work Mrs. Clinton has done throughout her career and has also worked alongside former president Bill Clinton at a 2003 DNC fundraiser. He even served as DJ for Chelsea Clinton’s 25th birthday party in 2005. He’s had a lasting track record with the Clinton’s throughout the years. In fact, he had hoped to see Mrs. Clinton at his close friend Tory Burch’s fundraiser tomorrow in The Hamptons. However, due to a prior commitment in Los Angeles, he will be not be able to make it” (From Betsy Jones – Q-Tip Assistance to John Podesta: ‘Meeting request with Hillary Clinton’ 29.08.2015).

“All I can say about message below is: –HRC doesn’t like bullshit coverage of hyped-up controversies –She does like serious substantive policy conversations –her number one issue is making American families better off in this economy –I don’t do bullshit coverage, I focus on the economy, and I can conduct a serious substantive conversation about that with her better than anybody else on platforms that matter. Please let me know anything I can do to make this interview happen, if not in December then in January” (John Harwood to John Podesta – ‘FW: Are you back?’ 02.12.2015).

Funding from Unions to the Super-Pac Hillary Victory Fund:

On Ted Cruz of the GOP:

“Donald Trump says that, if the Republicans nominate Cruz, “the Democrats” will file a lawsuit challenging Cruz’ eligibility. DSW — or, more ambitiously, DSW, Clinton, Sanders and O’Malley — should issue a statement saying that, If Cruz is nominated, the Democratic Party will not challenge his eligibility and that the voters should reject him because of his views and record, not his birthplace” (Donna Brazile to John Podesta – ‘Re: A thought’ 30.01.2016).

“You likely saw Nancy Pelosi’s comments praising Sen Sanders for bringing millennials into the political process and saying they only wanted fairness and opportunity. I think this is the perfect tone to take with these voters. I have been dismayed in the last few weeks to see both Pres and Sec Clinton talk about these voters as wanting impossible things, or as Mitt Romney might say, free things. I do ‘t see how this language helps at all. Sec Clinton does not need millennials to win the nomination. She may need them to win the election. They should be embraced” (From Catholics Alliance’s Fred to John Podesta – ‘Re: John’ 26.02.2016).

If that weren’t interesting read, than I don’t know what will entice your mind. Peace.