This should not surprise you, that the Chinese government and their subsidiary businesses are making sure they are gets the best deal with the Ugandan counterparts. The Bank of Uganda policy paper are spelling out the advantages for the Chinese in the bilateral and the state-to-state offerings given to the Ugandans. They are clearly getting infrastructure loans and plyaing minor rolse in GVCs, therefore, the Ugandans are people loaning for infrastructure and then repaying, while the Chinese contractors and Chinese labor are working on the indebted projects. Just take a look, it is not a positive read!

“It should be emphasised, however, that for Uganda to leverage the shifting growth dynamics in China (such as a shrinking labour force, rising wages and an appreciated Renminbi), it must create a conducive investment climate. Low wages and a competitive exchange rate alone will not make much difference without reliable power and transport links, or in the face of suffocating bureaucracy and corruption” (Bank of Uganda, P: 6, 2017).

“With the migration of labour-intensive manufacturing shifting from China and an improvement in investment climate, Uganda also stands to expand its involvement in global trade, including Global Value Chains (GVCs). Historically, countries like Uganda have played a relatively minor role in GVCs. Figure 5 below, which illustrates a useful measure of Uganda’s integration in GVCs, relative to other sub-Saharan countries, indicates that Uganda is below the average value-chain position for developing countries” (Bank of Uganda, P: 6, 2017).

“It must be pointed out that while China has emerged as a significant financer of infrastructure projects in Africa, it still lags behind both private investment and the more traditional sources of funding. Recent research actually reveals that, over the past few years, China has contributed about only one-sixth of the US$30 billion Africa receives annually as external finance for infrastructure” (…) “Moreover, most of this financing to the transport and energy sector takes the form of state-to-state, non-concessional deals and comes from the Export-Import Bank of China (China Exim Bank). Examples of the major state-to-state deals signed with China Exim Bank in Uganda include: US$1.4 billion and US$483 million for Karuma and Isimba hydropower dams as well as US$350 million for the construction of the Kampala-Entebbe express highway” (Bank of Uganda, P: 7-8, 2017).

“For Uganda, which has so far committed up to US$ 2.3 billion in contracts with China Exim bank and is soon to take on more debt for projects like the Standard Gauge Railway, debt sustainability is a growing issue of concern; underscored by the fact that the country faces a low tax-to-GDP ratio relative to its regional peers and significant public investment challenges. Uganda’s debt as a percentage of revenues has risen by 54% since 2012 and is expected to exceed 250% by 2018, raising calls for caution and improved public investment management from various policy circles including the IMF, World Bank and Moody’s, which downgraded Uganda’s long-term bond rating in 2016 citing deteriorating debt affordability” (Bank of Uganda, P: 10, 2017).

This here report shows both the possible troubles with the debt, that already are problem with current budget, but will become bigger. Secondly, that the relationship and bilateral business agreements with China, will only benefit China and not Uganda. As they might get the infrastructure projects, but they have to repay the debt and also use funds on labor from the Chinese contractors and businesses. They are not hiring and educating locals to work these sorts, because Chinese are getting their own hired.

This here is not bringing positive results, but instead are being a nice debt collector for China and will be indebted to them. While the Ugandans gets scarps from the Chinese, as the infrastructure projects like the Dam they have bought on debt, has been said is “shoddy” work. That proves the Chinese gets easy money, get expat workers and later returns on every single Yen. Peace. 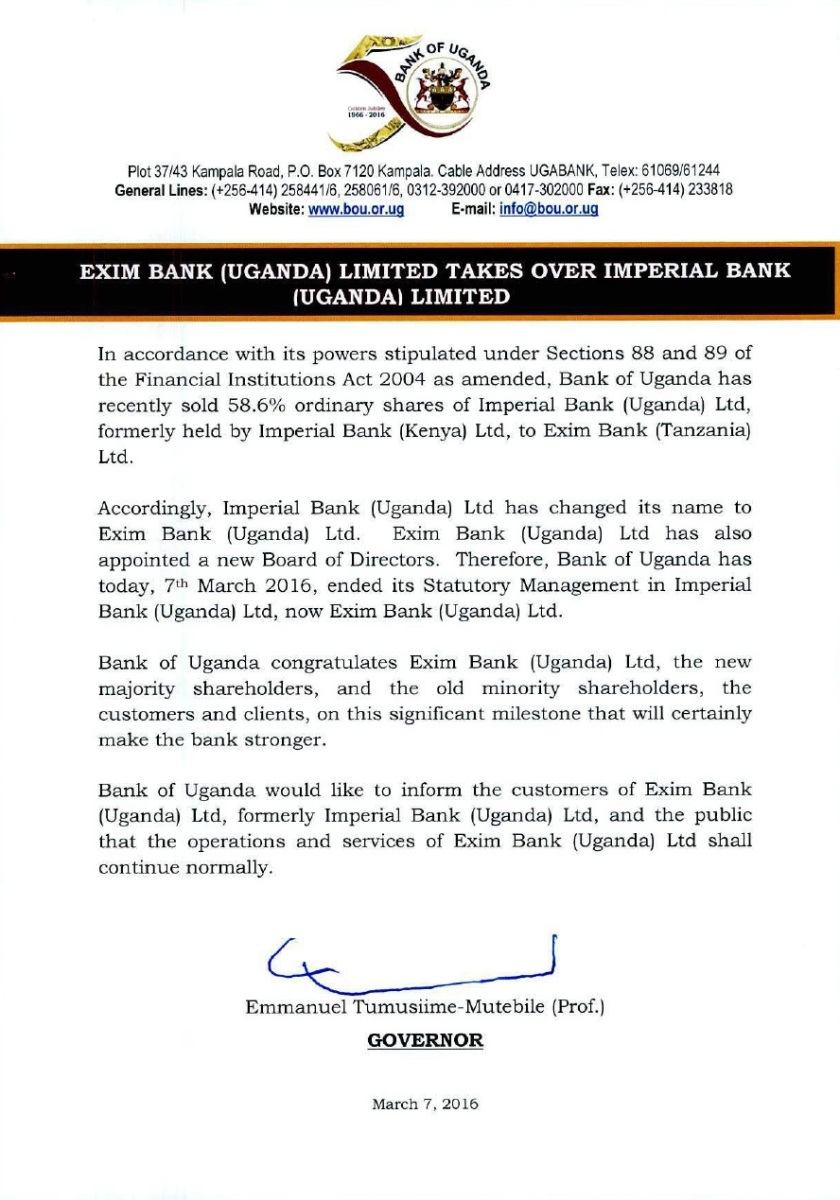