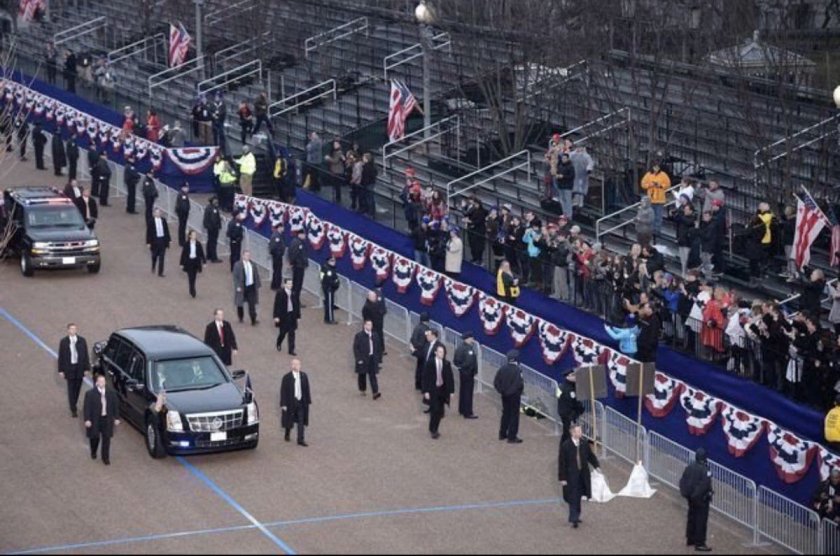 The White House Officials and Press Secretaries like Sean Spicer and even the President Donald J. Trump has claimed how big his crowd was. Even as the pictures of the event show otherwise. Not like the President will accept that and therefore has spend tax-payers dollars on investigating the National Park Service (NPS) and the NPS National Mall and Memorial Parks (NAMA), who we’re in charge of the inauguration and the state response to the matter. However, the allegations made by the White House of tampering was and is not verified of being hogwash. That the President and his august house is spending time on this and valuable time of state officials to determine the state of affairs. Proves how this administration has an ego problem. Here is the statements worth taking note from the new NPS report!

“On January 21, 2017, the NAMA official allegedly asked staff during a meeting to “scrub” attendance records to remove information about the size of the crowd at the inauguration. We found no evidence to substantiate the allegation that the NAMA official asked staff to alter crowd size information. The official told us that during this meeting she asked the staff to make sure they did not include crowd size estimates in any reports. She told us that she did not say the word “scrub” during the meeting, and she denied telling the staff to alter any information” (…) “The official told us she also gave the staff this instruction because the press and the White House had expressed interest in the size of the crowd at the inauguration. She said that she asked a few staff members to review the reports to verify that no reference to crowd size was included. According to the official, the review revealed that no reports contained references to crowd size” (NPS, P: 2, 2017).

“Regarding the DOI employee’s photos, the public affairs employee said he saw emails that led him to believe that these photos were sent to the White House through the Office of the Secretary of the Interior. We interviewed the two employees whose photographs were submitted to the White House, and they described how they chose their photos and to whom they sent them. The NPS employee explained that he selected a number of photos, based on his professional judgment, that concentrated on the area of the National Mall where most of the crowd was standing. The DOI employee told us that upon receiving Reynolds’ request, she selected seven photos, based on what she thought were the best angles, and sent them to an employee of the Secretary. The Secretary’s employee told us she forwarded two or three of those photos to the White House” (NPS, P: 4, 2017).

If these words isn’t evident enough, there is no conspiracy of lacking morals or trying to make the inauguration of President Trump look small or portraying it wrongly by the State Officials. If it was otherwise, the report and investigation would have unravel that fact. Mere thought of it and that the White House had to create this confusion of reality, proves the little faith the President has in his own men and organizations. Who are all loyal to the Republic and its ideals. Clearly, the self obsessed President thinks different. Total vindication of all the claims from the White House. President Trump cannot now spend more time on the matter. But his ego will. Peace.